The Thunder program is well into its 3rd year, focused on identifying, developing and providing opportunities for Aboriginal rugby players. In 2014 they entered their first Victoria 7s tournament and held their first Shawnigan camp with generous support from Shawnigan Lake school. They also held their first fundraiser and capping ceremony that year.

In 2015 they increased the number of youth teams entered into the Victoria 7s to four with men/women U16/U18 teams. They entered the North Shore 7s tournament for the first time.

In 2016 they were joined by a team from New Zealand made up mostly of Maori players, Rangatahi, and were able to put in a U14 team that won their division. They also put a U18 men's team into the senior bracket of the Langford 7s and won the Bowl competition. They entered the North Shore 7s again and had both men and women U18 reach the Cup final. Off the field they were able to set up a fund with the Canadian Rugby Foundation that enabled them to accept donations and issue tax receipts.

In 2017 there's plans to enter a team in the Vancouver 7s Invitational led by the iconic Phil Mack, now retired from national 7s duty. There's talk of a tour to New Zealand to introduce players to the culture and rugby of the Maori people. The program will expand to bring rugby into Aboriginal communities with youth activities focused on participation and wellness.

The latest update is a fundraising event that partners with the Esquimalt High School Rugby Academy and James Bay rugby, who have been very supportive of the Thunder program. It will welcome back their players who have retired from active national duty, Phil Mack, Connor Braid and Sean White. It will also see the inaugural presentation of the Phil Mack trophy, carved by Tommy Hunt Jr, and an awarding of a scholarship in Phil's name. The proceeds of the auction will benefit both the Thunder program and the EHSRA program.

The event starts at 6pm following the Westshore v James Bay doubleheader at MacDonald Park. We hope to see a good turnout from both the rugby and aboriginal communities. 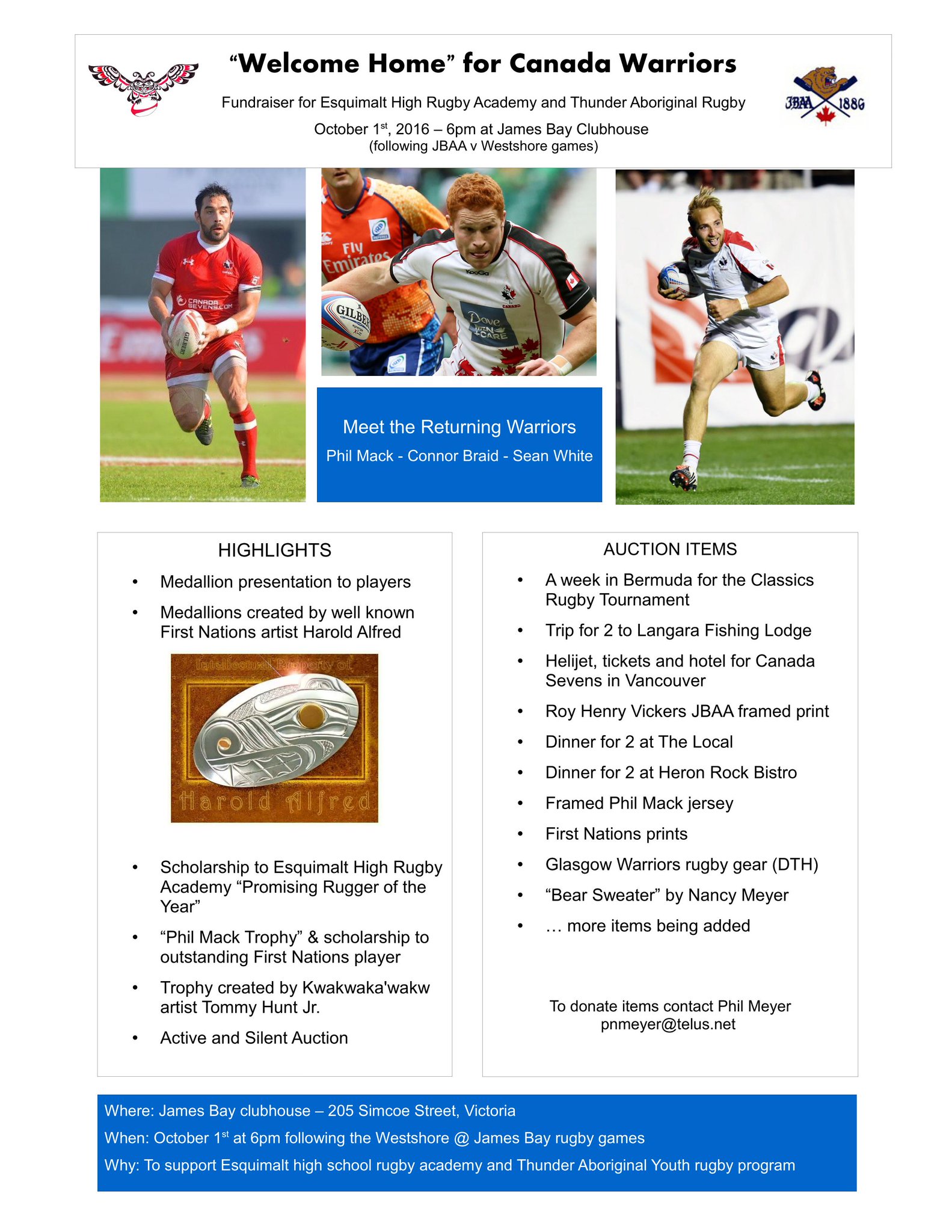