Canada did well to get into the Cup round but didn't win a game on Day 2, they fell to eventual winners Fiji in the Cup QF, then lost to USA in the 5th place semis. That was enough for 10 series points however and a move up to 9th place in the overall standings.

The pool in Paris is favourable with South Africa, Russia, Scotland. Canada will be targeting wins over Russia and Scotland to advance to the Cup round. 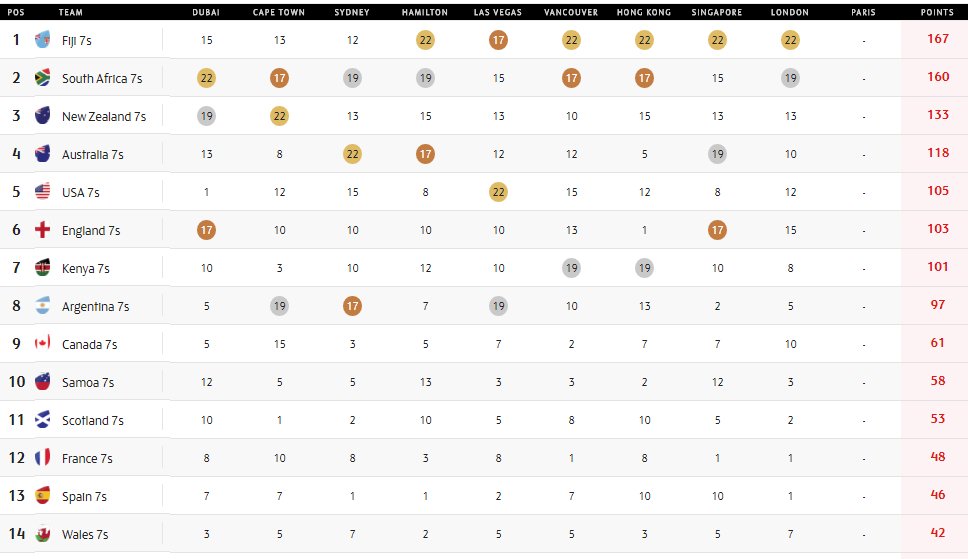 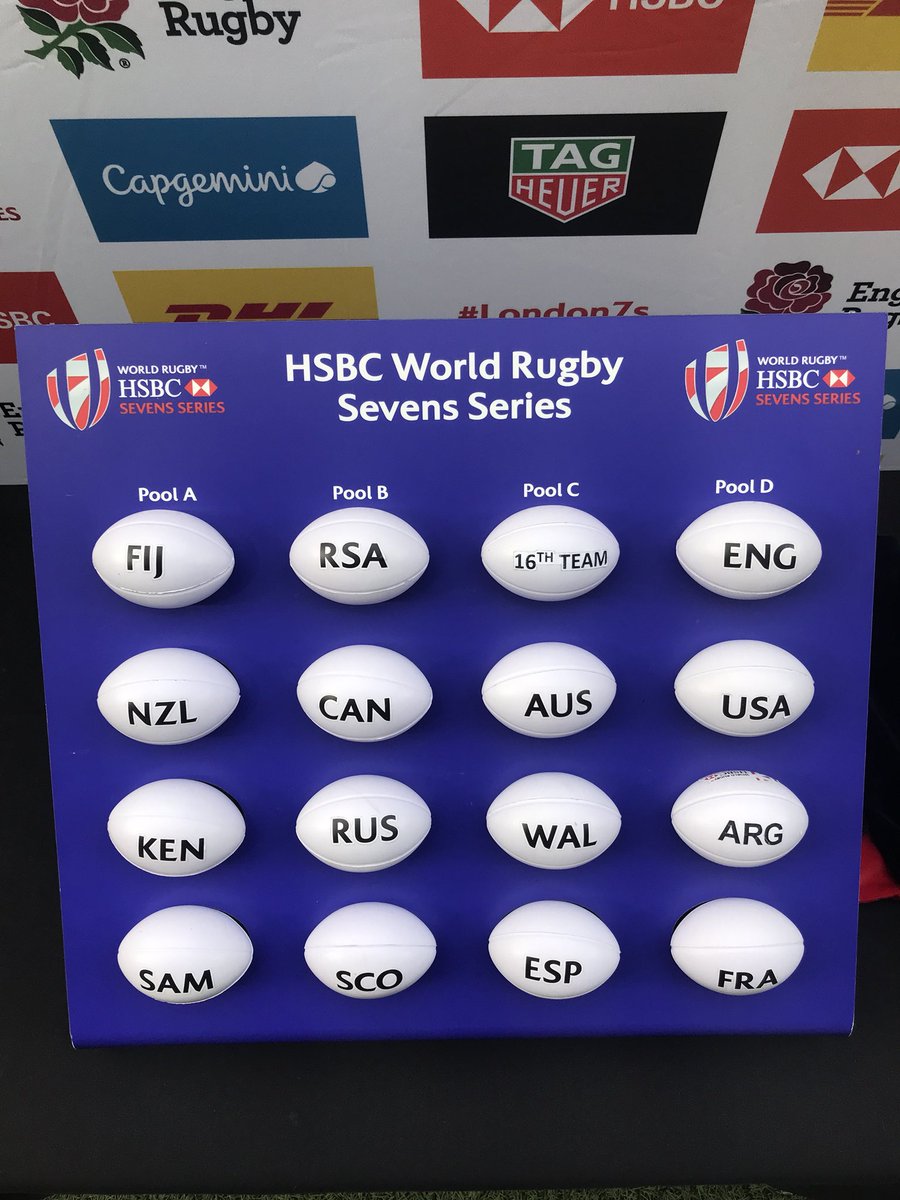 Day 2:
Canada 7-40 Fiji (Cup Quarterfinals)
Fiji were in unstoppable form on the day as they ran in six tries to Canada's one. Justin Douglas gave Canada hope when he scored just before the break to reduce the World Series leaders lead to only seven points at half-time. But Fiji dashed all hopes of a major upset when they scored two quick-fire tries in the second-half and showed exactly why they are on top of the standings.

Canada 19-27 USA (5th Place Semi-final)
A seesaw affair between two evenly matched sides. USA opened the scoring, before a couple of stunning offloads lead to Canada's first try, courtesy of Lucas Hammond. Carlin Isles was next to score to give USA a 10-7 lead. A late Harry Jones try looked to have given Canada the advantage at the break but USA had different plans and managed to score one more before the half-time whistle.

A beautifully worked set-piece move lead to Canada scoring the first try of the second-half. Justin Douglas going over to give Canada a 19-15 lead. USA quickly hit-back with a try of their own, before adding another five-pointer to seal the win and progress to the 5th place final.

It's only the second time this season that Canada made the Cup round so it's an accomplishment to be celebrated. Their opponent in the Cup round is Fiji, a more sombering thought. Fiji are top of the series and undefeated in pool play at the London 7s.

One of the surprises of the tournament is in the other half of Canada's Cup clash where Ireland made the Cup round even though not being a core team and not racking up a single series point this season. They'll play either USA or Kenya in their QF match.

The Samoa game was one of ball control, Canada made a few errors getting turned over in the 1st half but Samoa couldn't capitalize. An ankle tap by Harry Jones on a sure try by Samoa may have been the play of the match and secured the win for Canada. Canada lost to South Africa and then defeated Russia to finish second in the pool and advance to the Cup round.

Canada's Men's Sevens Team has progressed to the HSBC London Sevens Cup Quarterfinals after finishing with a 2-1 record on day one.

Day 1:
Canada 14-0 Samoa
A strong performance in defence set the tone for Canada to claim a well-deserved opening win at Twickenham Stadium in London. Patience was key for Canada on attack and it paid off when Isaac Kaay scored just before the break to give Canada a seven-point advantage at half-time.

The second-half progressed in similar fashion to the first with Canada holding on to the ball and playing most of the rugby. With one minute left on the clock, Canada all but sealed the game with one minute to go when more patient build-up in the Samoa half lead to Justin Douglas going over for the second try of the game. Nate Hirayama added the extras to give Canada a crucial victory in pool D.

Canada 7-17 South Africa
A tough test for Canada against one of the best sevens teams in the world. The game was highlighted by massive hits and tackles throughout, as both teams tried to win the physical battle. It would be the second ranked South Africans to open the scoring at Twickenham midway through the first-half - courtesy of Ryan Oosthuizen.

The second-half started with South Africa being reduced to six men, after Dylan Sage received a yellow card. Canada could however not capitalize on the one man advantage, the 'Blitzboks' extending their lead to twelve points shortly after getting back to full strength.

Harry Jones hit a major milestone and gave Canada hope of a comeback when he crossed the line for his 100th try on the World Series with two minutes to go. But with time running out, former World Sevens player of the year, Werner Kok ended those hopes with a late score to give South Africa the win.

Canada 29-10 Russia
Canada quickly established a twelve-point lead in the first-half thanks to Nate Hirayama and a great finish from Mike Fuailefau. Russia fought back and reduced Canada's lead to two points at the break, after scoring two late tries of their own.

The second-half was all Canada, as first Mike Fuailefau crossed for his second of the game and 50th on the HSBC World Sevens Series, before big Matt Mullins rubbed further salt in the wounds.