Two tries by Dan Moor and an opening try by John Moonlight weren't enough to give Toronto their first win in the MLR but the 5 tries gives them their first points in the standings, along with a BP for keeping the score within 7. Canadian Eric Howard scored one for the home side in their 6 try BP win. Next week Toronto have a bye while NOLA host Glendale Raptors. 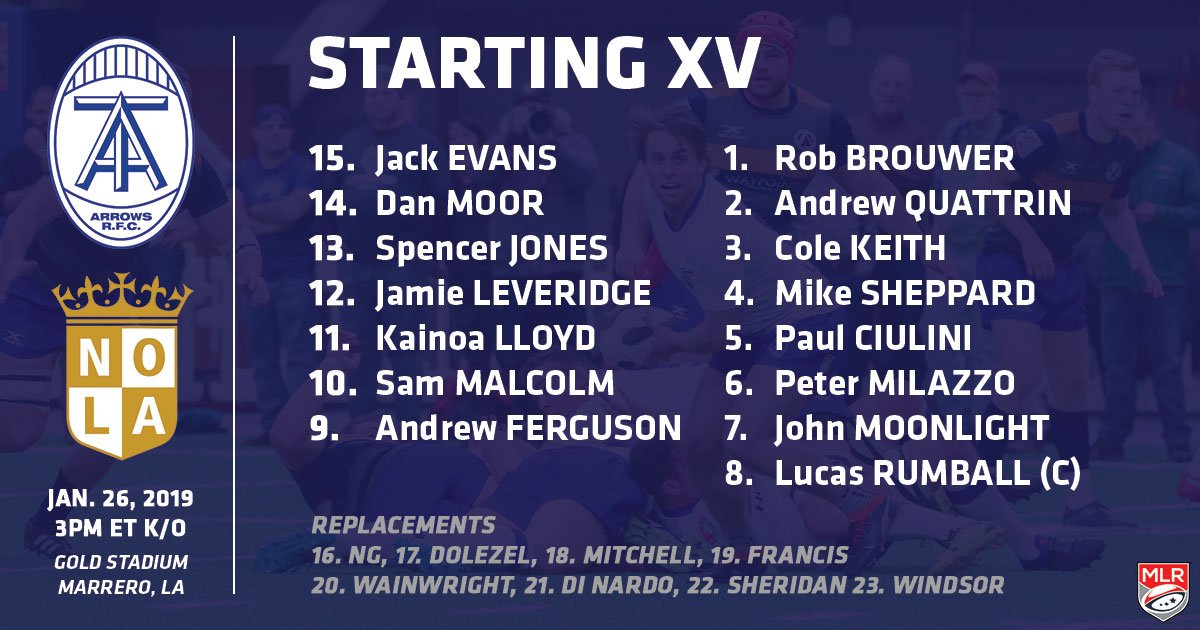 Despite being outscored 2 tries to none, the visiting Sabercats rode the boot of Sam Windsor to victory with 7 penalties. Canadian Josh Larsen scored one of the tries for Austin. Next week Austin host Utah while Houston have the bye.

A rematch from last year's final saw the Seawolves comeback from a 18-10 deficit to win the game. Brock Staller was man of the match scoring Seattle's last 10 points. Phil Mack came out of the match around the 50 minute mark, George Barton also got in the game for the last quarter and at one point was playing blindside flanker. 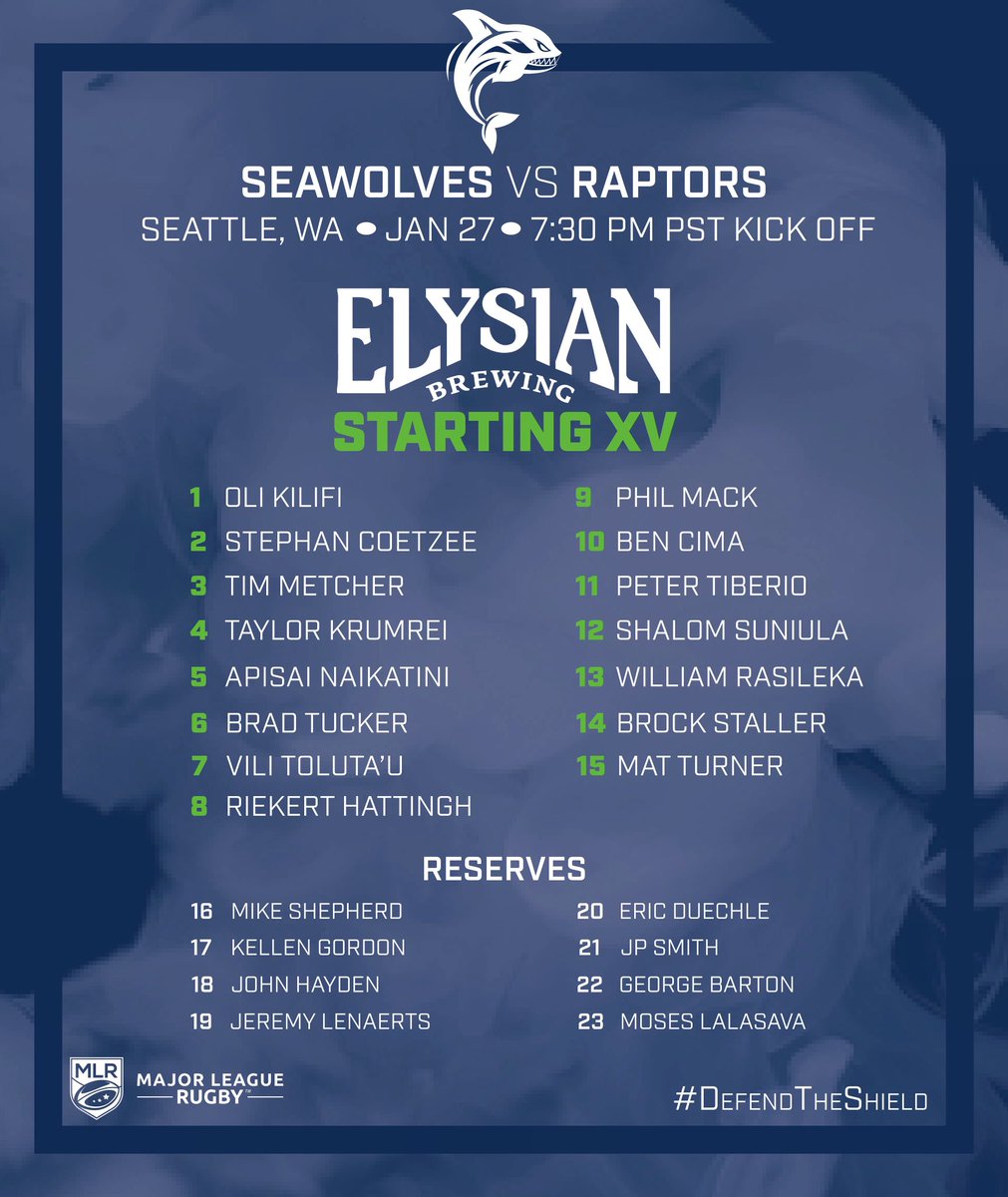 Canadians in the League

There are many more Canadians in the league this year with Toronto Arrows carrying an almost all Canadian lineup. Seattle are next with 6 Canadians including the legendary Phil Mack. Four teams have no Canadian content and five do, with Austin, Glendale, New Orleans adding new faces.

Alongside the best North American talent, MLR’s cosmopolitan clubs will field players from more than 20 countries this weekend. Top athletes from the United States and Canada will take the pitch alongside players from across South America, the Pacific Islands, Europe, South Africa, Australia and New Zealand. With over 40 players who have proven themselves in the fifteen-a-side international test arena and global sevens circuit, fans can expect a feast of world-class rugby over MLR’s expanded 75-game Season 2.

Returning after a blistering start to his MLR career, Tonata Lauti will look to better his league-leading tally of nine tries in this year’s 16-game regular season on the Utah Warriors’ wing. Lauti can expect competition for leading try scorer from last season’s seven-try runner-up, Glendale Raptors’ winger Harley Davidson. Sam Windsor, meanwhile, will hope to repeat the form that earned him leading points scorer last time out, racking up 103 points from flyhalf with the Houston SaberCats in Season 1.

The Austin Elite midfield is bolstered by the addition of Australia-born center Ratu Peni Tagive, whose career has spanned stints with Australia’s NRL and the Fiji world cup squad in rugby league, and back-to-back Big 12 Championship wins as a defensive end for Baylor University’s American football team. Off the field, women’s Eagles international Tiffanny Faaee became the first ever female coach of a professional US men’s team when she joined RUNY this off-season.

“We gave the clubs a mandate to go out and recruit elite North American talent that makes fans sit up and take notice, and they’ve done just that” said MLR Commissioner Dean Howes. “The quality and the depth of these rosters is truly impressive. Our original teams are stronger across the board, and Toronto and New York have shown they’re here to succeed immediately. Top players competing together week-in, week-out can only be a good thing for the future of rugby in North America. The game is gathering momentum here and MLR fans are in for some sensational rugby. We can’t wait for kick-off.”

ABOUT MLR
MLR is a professional rugby league launched in April of 2018. It’s an initiative of the American rugby community, in partnership with private investors, who believe that American rugby can thrive at the highest levels: as a commercial enterprise; as an influential player on the international scene; and as a participation sport at the youth and senior level. MLR will be the pinnacle of American rugby, and provide a rallying point for local communities, a focal point for American rugby fans, and an aspirational destination for young athletes.