Weekend Results: BC Premier Lakers Move to 2nd in Standings with Win Over Saracens; Seawolves Come Back Strong for +5 Win: FULL MATCH VIDEO

Unfortunately only one BC Premier match this weekend as snow has scuppered the plans of most clubs, only Burnaby are braving the elements as they travel to Seattle to play at Starfire. On Sunday the Toronto Arrows take on Seattle Seawolves also at Starfire. It seems fitting to include both in our weekly prediction article.

There's some similarity as neither Seattle team have released their rosters at time of writing but both Canadian sides have, so we'll go from that and update the article later. [ed. Seawolves roster now posted]

A 5 try bonus point win moves Burnaby (48) into second place ahead of CW (44) but CW having a game in hand. UBC (52) remain in 1st but have played two more games than Burnaby and 3 more than CW. The loss leaves Seattle (27) in the last playoff spot in 6th, 3 ahead of Rowers (24). Seattle led 20-18 at the half but according to the BLRC report a dominant 2nd half performance by the pack set the groundwork for a Burnaby 19-0 final 40 minutes. Next week, weather permitting, Burnaby visit Westshore and Seattle host Capilano.

PREGAME
#6 hosting #3, Burnaby with a +12 win when they hosted Seattle in November. The Burnaby forward pack looks consistent only missing Taitusi Vikilani compared to their last match on February 2nd. The backline is similar with halfbacks and centres the same and a couple of changes in the back three with McIvor and Porter in the roster. Burnaby are playing well with a +42 win over Rowers last match out. Seattle also showed well their last match with a +22 win over Westshore. Prediction: Burnaby by 5. 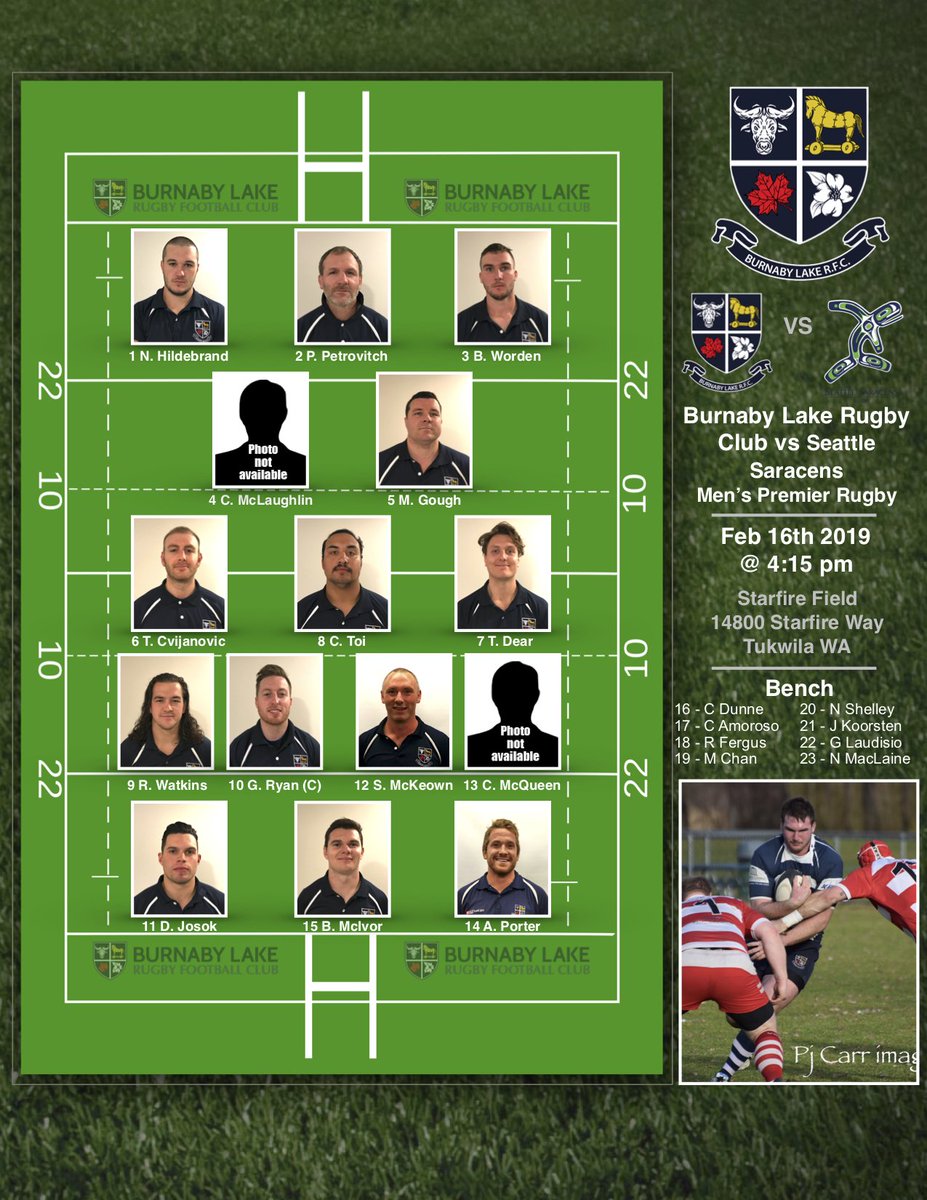 An entertaining match that saw the lead change hands in the second half, Arrows got on the board first and the teams went into the half tied at 17-17. At 57 minutes the Arrows looked in control at 30-17 but Seattle fought back with two tries in 7 minutes to change the complexion of the match. Seattle upped the pressure in the last 10 minutes to earn two penalties from the boot of Brock Staller for a +5 win.

PREGAME
#4 hosting #3, the first meeting between these sides. Both teams at 6 points but Arrows with a game in hand. Neither of last year's MLR finalists are doing that well so far this season, Seattle 1-2 and Glendale 0-2. New Orleans the surprise leader early in the season. The Arrows don't have John Moonlight listed, fire fighting duties taking precedence likely. Morgan Mitchell at tighthead has been a find and has stabilized the Toronto scrum. Seattle's advantage in that area has diminished this season as other teams have brought in the beef to improve their scrums. Tom Dolezel is at loosehead with Andrew Quattrin at hooker. Seattle don't have Ray Barkwill this season and that has affected their front row performance as well. It's a strong Toronto second row with Sheppard and Ciulini. Dan Moor on the wing has been on fire, it's a shame Kainoa Lloyd wasn't on the other side as that would be a potent outside attack. Also no sign of Aaron McLelland so far this season for the Arrows even though he was initially listed in the preseason. It's not the strongest Arrows roster, they have more arrows in the quiver and likely will improve as the season progresses, especially in the last half when they have all their home games. We haven't seen what Seattle has to offer in terms of a starting roster, Phil Mack hasn't been starting in the last couple of games but coming off the bench. Seattle are certainly winning the fan competition though with sellouts and strong community support. We'll give a slight edge to the visitors here. Prediction: Toronto by 2.

UPDATE: Seawolves released their roster late Saturday afternoon and they have 5 BC players in the roster, 4 starting, Mack, Barton, Polson, Staller and Nakai Penny on the bench. Cam Polson is returning to the roster after injury, he slots in at #6 a position he's played many times for CW in the BC Premier. 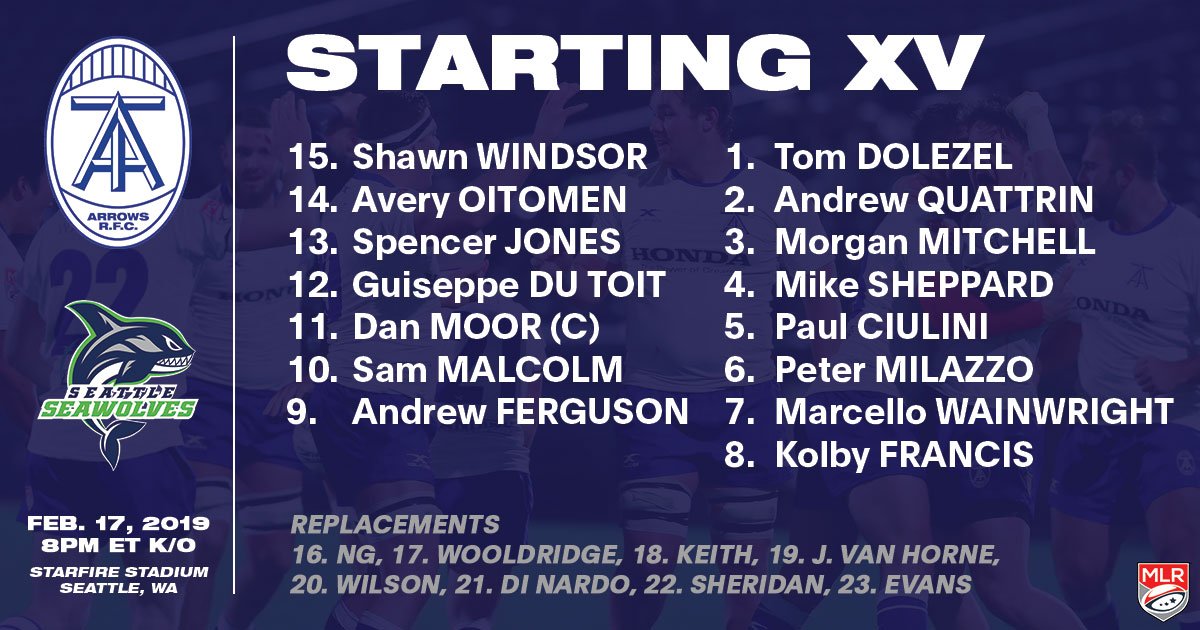