Canada Winless on Day 2 of Summer Universiade in Napoli: Men Lose One, Women Lose Two - Universiade Tournament Over for Both Teams

Expectations going into the tournament based on senior world rankings would be the men would struggle against some of the top teams but the women would be in the top tier. Such was not the case as the women's team got a rude awakening after winning their first game on Day 1 against Italy, they lost back to back matches against Japan and France. The match against Japan was a shocker, 29-0 for Japan. Canada came out with a better performance against France losing 17-7.

The men rebounded a bit and played stronger defence as they lost to host Italy 12-5. Canada have only managed 5 points in each match. The -7 result is a big improvement on the -30 and -39 results from Day 1. Canada sit with a -76 differential, Romania in Pool A have a similar record with a -61.

The format of the tournament however means that both teams are out of the finals day. According to the FISU schedule only the top 4 teams advance to Day 3 action which is the Cup semi-finals. In the men's division that will be Japan v Russia and South Africa v France. In the women's division it will be the same South Africa v France and Japan v Russia. The Canadian men came last out of 8 teams with 3 points and a -71 differential. The women came 5th out of 8 teams with 5 points and a -37 differential.

Canada men lost their first match 35-5 to France at the University games in Napoli, Italy. Jonas Robinson received a yellow card a minute into the match and France capitalized. France received their own yellow card shortly after and Anthony Pomroy scored Canada's only try of the match, unconverted, for a 7-5 France lead. France would add one more before the half for a 14-5 HT lead. France added another 21-5 before the subs came on for both teams. All 5 subs made an appearance but France added two more tries, all converted for a 35-5 win.

The Canadian women won their first match in a narrow 14-12 victory over Italy. Canada had a 14-0 half time lead with tries by Delaney Aikens and Asia Hogan both converted by Julia Schell. Italy stormed back to score two second half tries but one was unconverted which was the difference in the end. Canada made three second half subs.

Canada men lost their second match 44-5 to Japan. Canada scored first at 30 seconds with Michael McTighe crossing the line but it was all Japan for the rest of the match as they ran in 8 tries. Canada picked up two yellow cards to Ethan Hagar and Mostyn Findlay.

The men have one pool game tomorrow versus Italy. Italy defeated France on Day One 33-17. Canada are at the bottom of Pool B at 0-2. Romania hold the similar position in Pool A with South Africa leading Pool A and Japan leading Pool B.

The matches will be streamed on Day 3 of the competition, the playoff round, on July 7th at FISU.TV

Canada has won one medal at the games to date, a bronze in synchronized diving. Japan currently leads the medal race followed by USA, China and Russia. 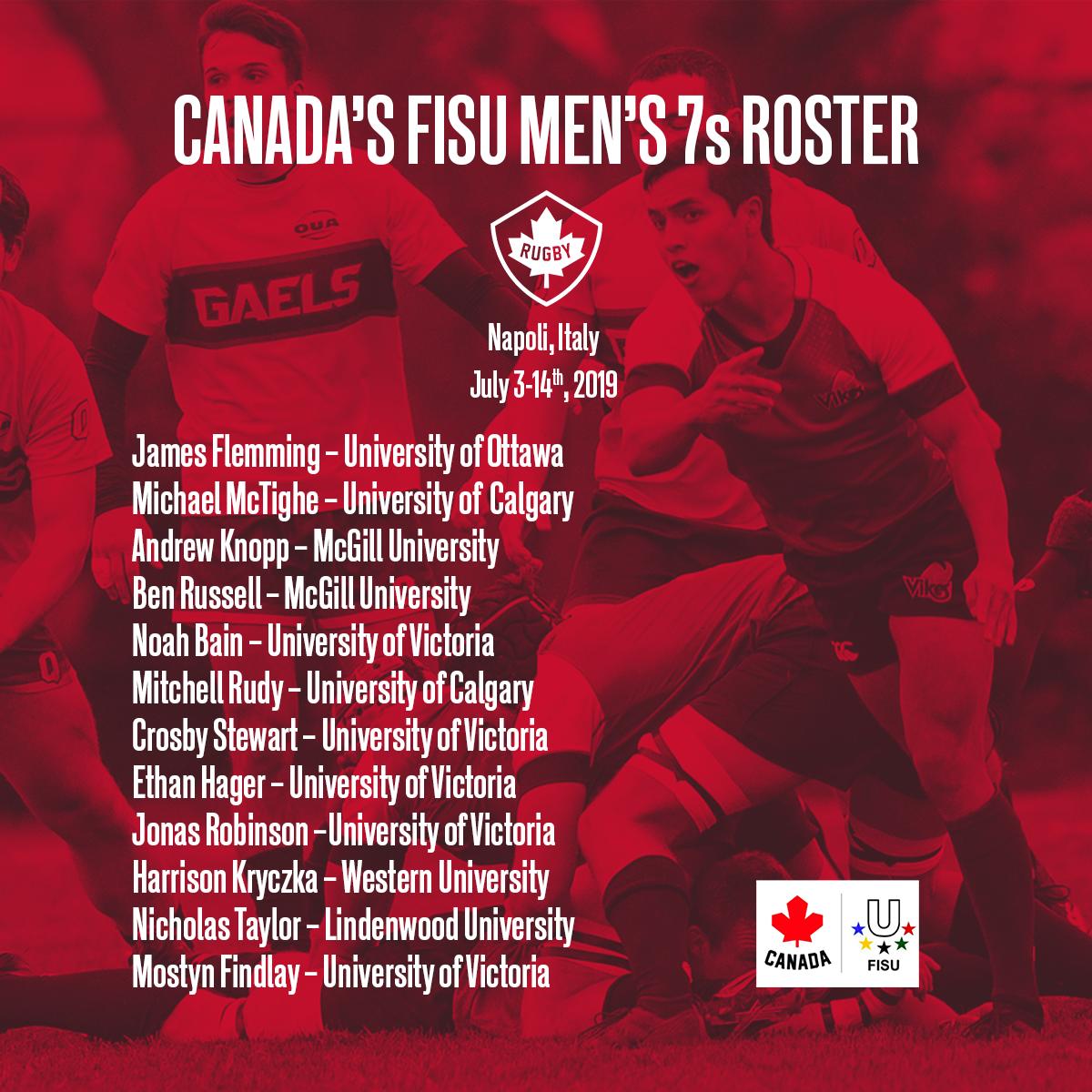 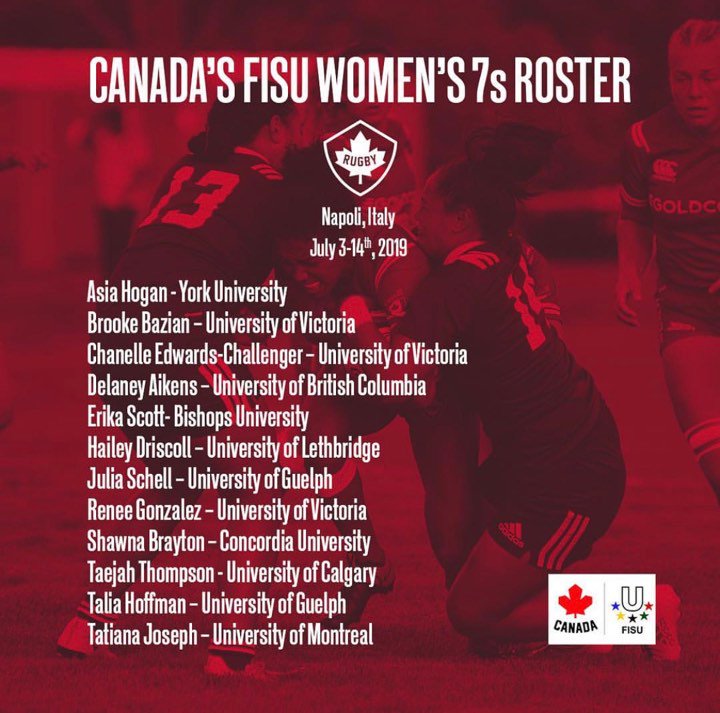