BC vs Alberta Two Match Series to Determine Western U19 Champions: Meanwhile in Newfoundland...

There's an interesting story here and the on field rugby is just part of it, the off field politics could be even more entertaining. Newfoundland Rugby has been promoting the Canadian U19 Rugby Championship, even going to the length of adding "Official" to the title in the schedule which was just released yesterday. First thing you notice in the schedule is there are only 4 teams, the host Rock, Ontario, Quebec and the Blizzard from Manitoba/Saskatchewan... no BC or Alberta. 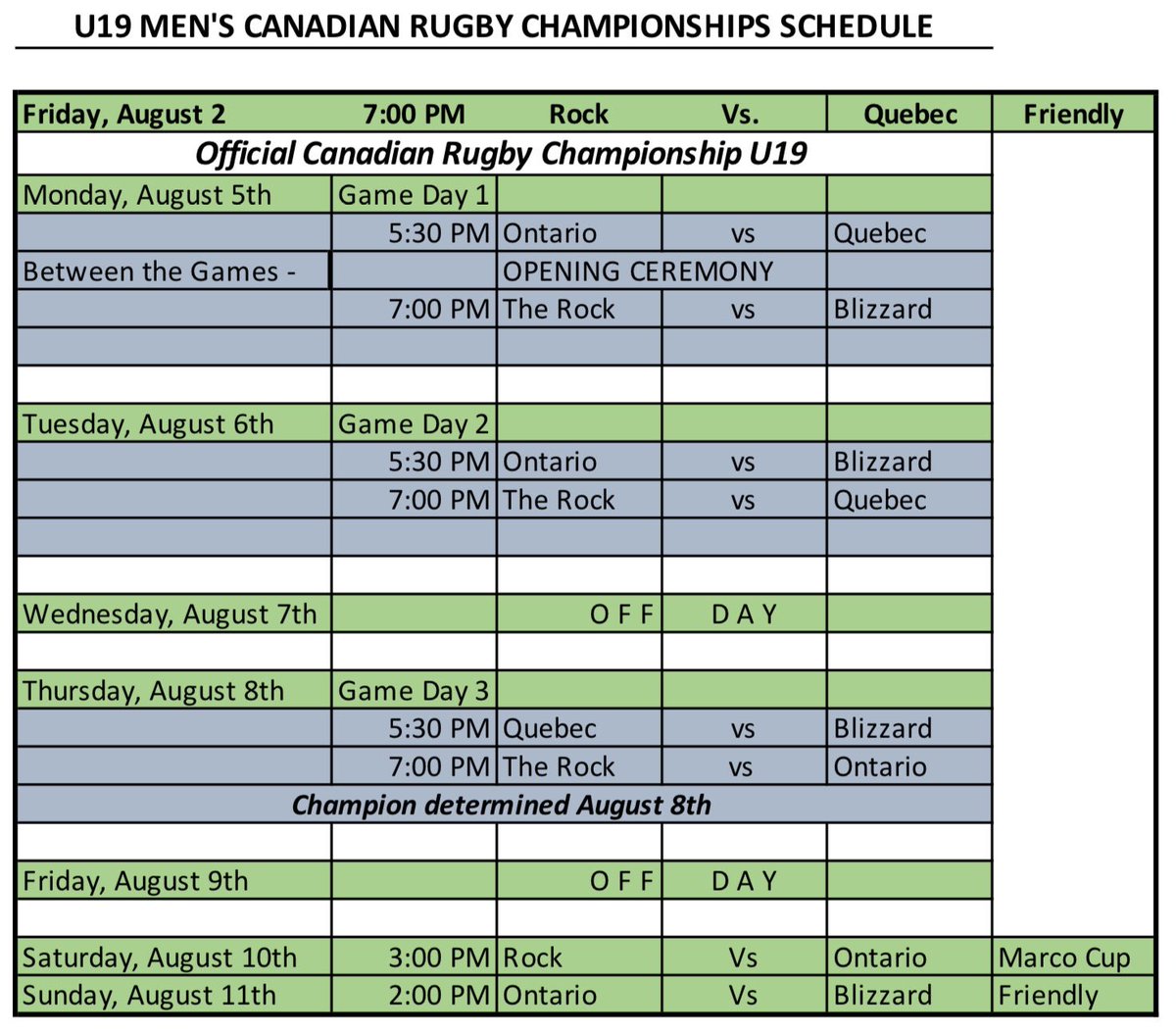 Wait, it gets better, Justin Trudeau sent out a letter to congratulate the organizers of the National Championship.

BC announced today their U19 team is facing the Alberta Wolfpack in a two game series this weekend, presumably the winner will be the Western Canadian Champion. The games are part of a larger tournament, the U16 Western Championship and Game #2 of the Best of the West series between the Senior Men. All the age grades and senior competitions have been East and West this year, presumably to save money. The U19 got caught in between, apparently at the mid-term AGM in November it was decided to be East/West like the others but that decision was subsequently overturned (and that would be another story). So now we have an Official Canadian U19 championship in Newfoundland attended by 4 teams and an unofficial Western Canadian U19 championship in Kelowna.

Apparently the cost factor of taking a team to NFLD would have worked out to a BC player cost of $2500 and there weren't many takers. Add in the competing tournaments just completed, ongoing and coming up at the U20, U18 and University level and the western teams decided sticking with the Best of the West scenario would be the best fit for the players and unions.

The U18 Western championship takes place in Regina, Aug 1-4, BC are sending 4 teams.

BC U19 Men's XV Team confirmed for Wolfpack Double Header

Vancouver, BC - July 24, 2019: BC Rugby is pleased to announce the U19 Men's XV team that will be taking on Alberta Wolfpack in Kelowna this weekend. The sides will play a two-game series in parallel with the U16 Western Canadian Championships that are taking place at Parkinson Recreation Park, with the first game on Friday, July 26 and the second on Sunday, July 28.

With a number of players from BC currently engaged with the National U18 and U20 Men's programs, this year presents an opportunity for a new wave of talented athletes to display their skills in Provincial level matches. Training sessions split across the Island and Lower Mainland reduced the travel demands on athletes, before building to full team development sessions.

"It is great to give these players the opportunity of a couple of matches against quality opposition," said Head Coach Curry Hitchborn. "We're looking forward to delivering some fast, positive rugby over these two matches and give the athletes a chance to test themselves. With a number of players currently called up to national programs, this is a fantastic chance for some of the younger guys to step up and be counted."

The matches will be held at Parkinson Recreation Park in Kelowna, with game 1 taking place at 1:30pm on Friday, July 26 and game 2 taking place at 9:00am on Sunday, July 28 (all times PST). The second game of this series will be live-streamed by BC Rugby, to find the link visit the U16 Western Canadian Championships page - bcrugby.com/u16wcc. Field maps, parking and other information about the venues can also be found on that webpage.