The match videos from the UBC v Bordeaux University and UBC v NZ Universities are below.

The T-Birds were outmatched in their first game when they ran into a powerful South African side that put 40 points on them in a game of two 20 minute halves. Cape Town had a dominant scrum and maul and won the contact area on most occasions. UBC didn't help their cause with a high rate of unforced errors. The two 20 minute halves are below. 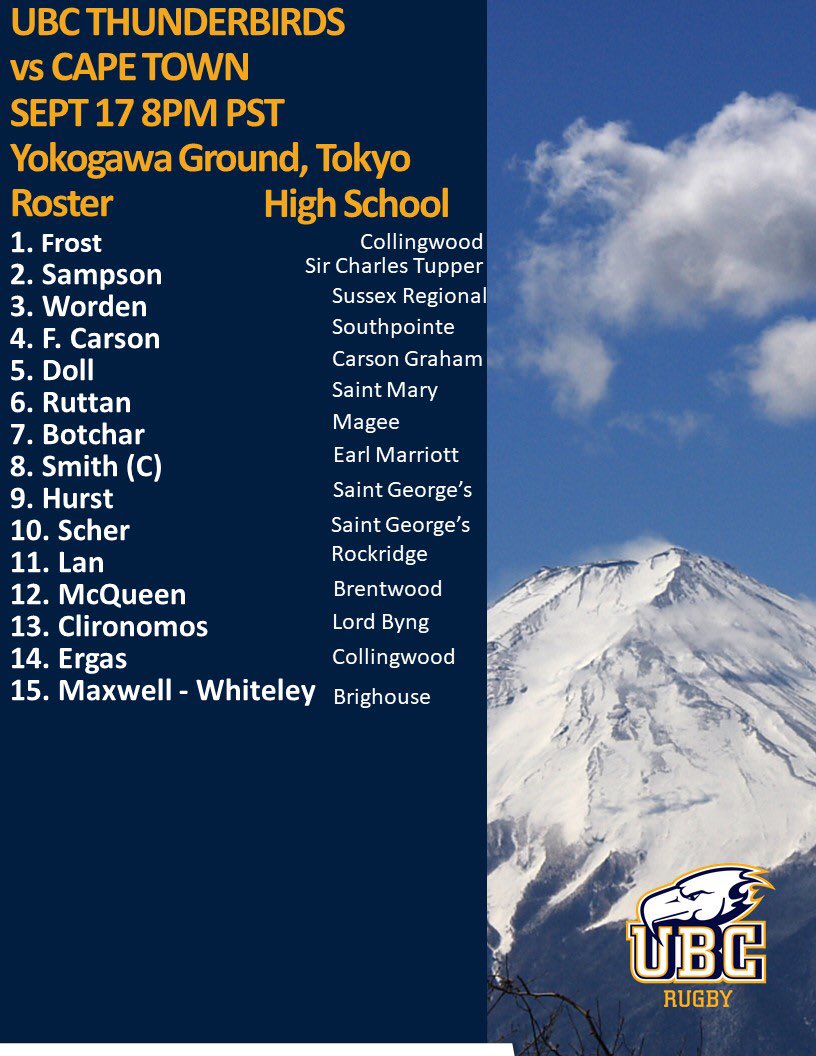 UBC play their final two pool games today (again both 20 minute halves). The first against Bordeaux University at 7:30pm PT and then NZ Universities at 10pm PT. The top two teams from each pool go to the Cup round the bottom two go into the Consolation round. 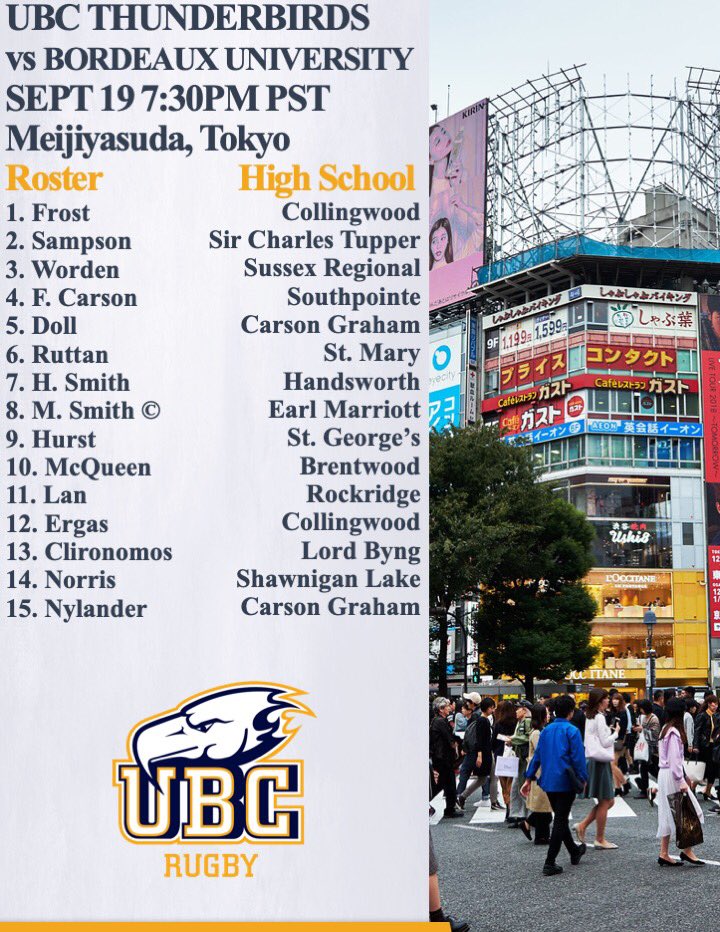