BC Elite 7s competing at World School 7s tournament in 2019
©

The BC Elite 7s U18 women's side won the Plate competition which is a major accomplishment. They narrowly lost in the Cup QF 5-0 to a NZ Maori side but then went on to beat a Fiji side 35-14 and a NZ regional side Mako 7s 19-0. The Australian rep team won the Cup as expected. 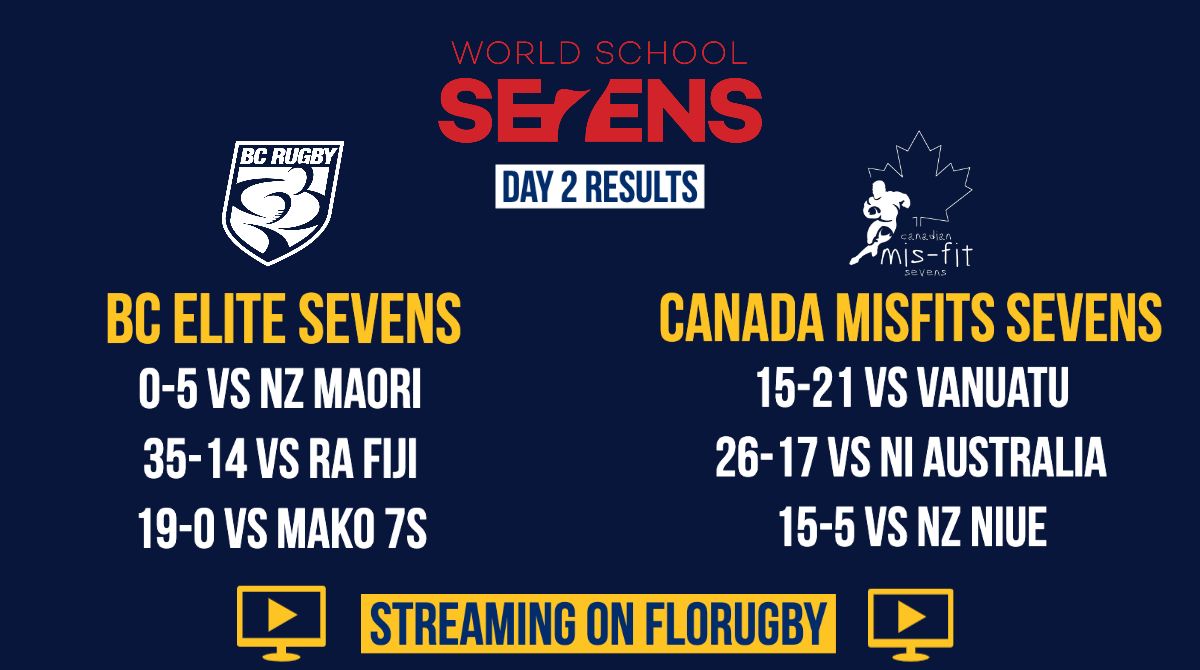 A few players from the team stood out and looked ready for the next level. Olivia De Couvreur showed strength and pace and was a threat whenever she touched the ball. Perhaps the MVP of the tournament for Canada was Fancy Bermuda-Chavez and she scored some crucial tries in the playoff matches showing great pace and confidence. Amelia Gordon was another key player in the wins showing good decision making and providing strong linking play. Finally Lucie Romeo was outstanding on both sides of the ball, showing pace on attack and tenacious on defence.

On the men's side, the MisFits won their final two matches to win the Shield, it took a while for the side to find their form. One player to watch is Braden Bruce who has strength and pace and should find his way to the senior team in a year or two. The NZ Condor team won the Cup title.

The BC Elite 7s women's team representing Canada at the World School 7s did well on Day 1 going 3-0 with two shutouts. They'll face NZ Maori in the Cup QF later today. The Maori lost to Australia 31-0. The teams to beat in the women's U18 division look to be Australia and Condor NZ who have also been running up large scores. 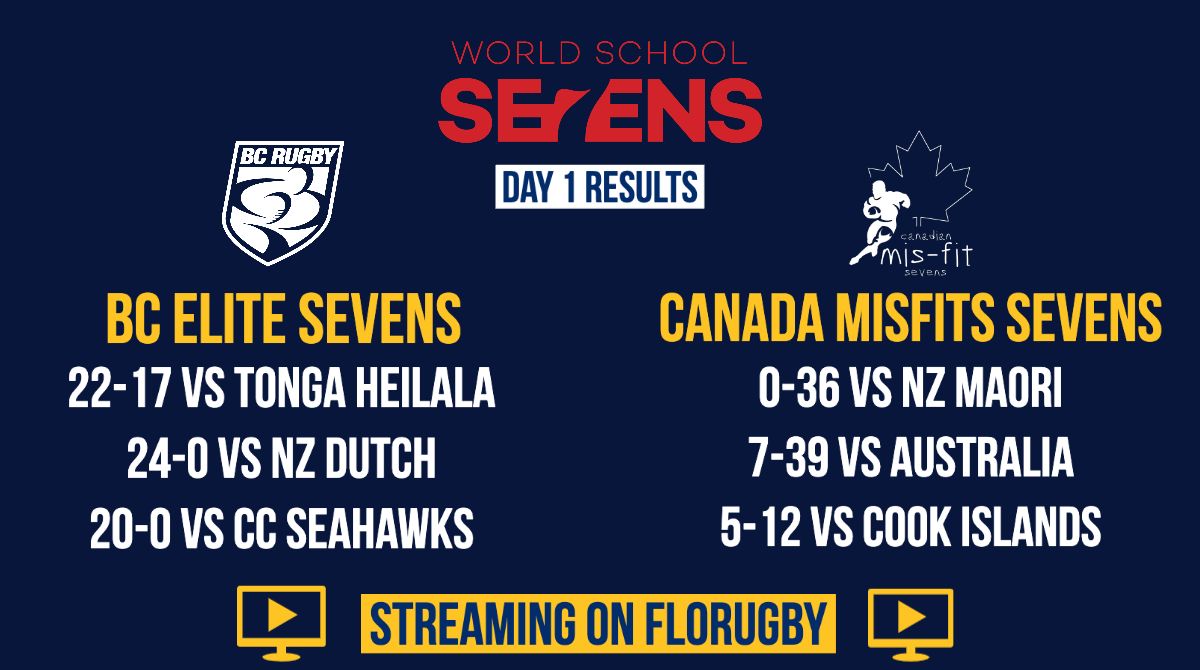 Some outstanding performers on Day 1 included Olivia De Couvreur, a power player with some pace, she regularly powered through tackles and scored a few tries on Day 1. Amelia Gordon used her stepping ability and rugby smarts to set up a few tries and she crossed the line as well. Fancy Bermudez-Chavez showed some strong defensive work, the speed merchant not only made line breaks but tracked back to prevent a few tries. Lucie Romeo wearing #7 also impressed with a high work rate, good speed and strong support work. 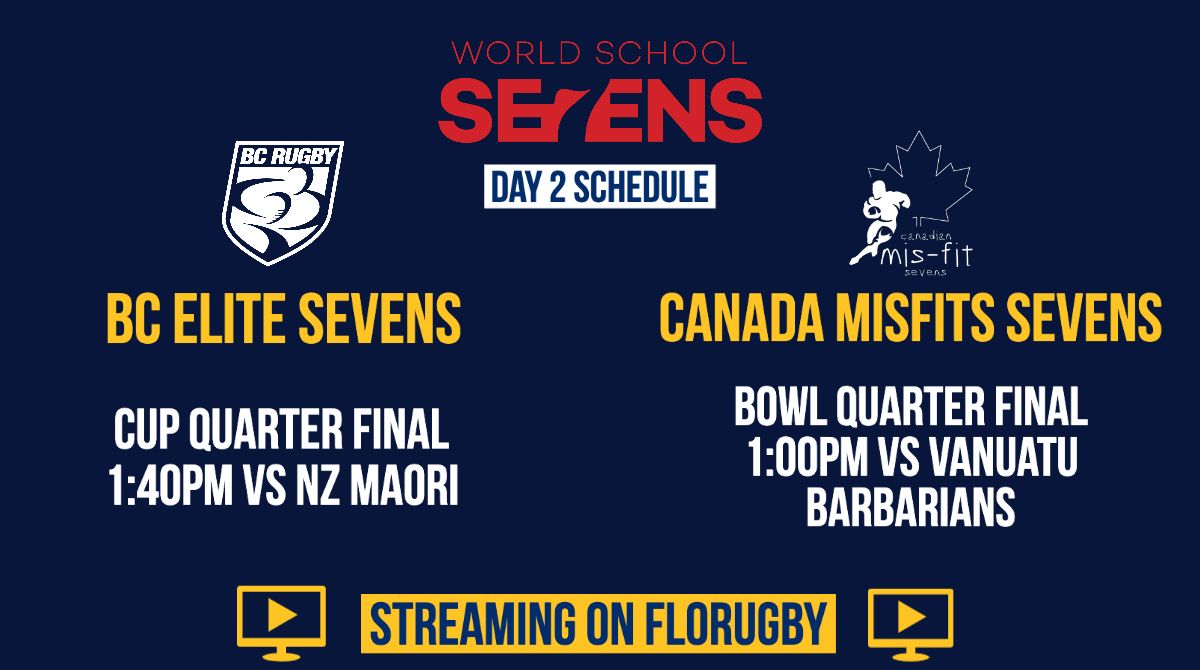 The Canadian MisFits out of Ontario didn't fare as well in the men's U18 division, going 0-3 on Day 1 and moving to the Bowl round. They'll face Vanuatu Barbarians in the Bowl QF.