The East Division looks strong after 3 weeks, San Diego from the West lead the standings but then the entire East Division take spots 2 to 7. Toronto are in 2nd place behind San Diego, the San Diego vs Toronto Arrows match is on May 10th at Lamport Stadium. 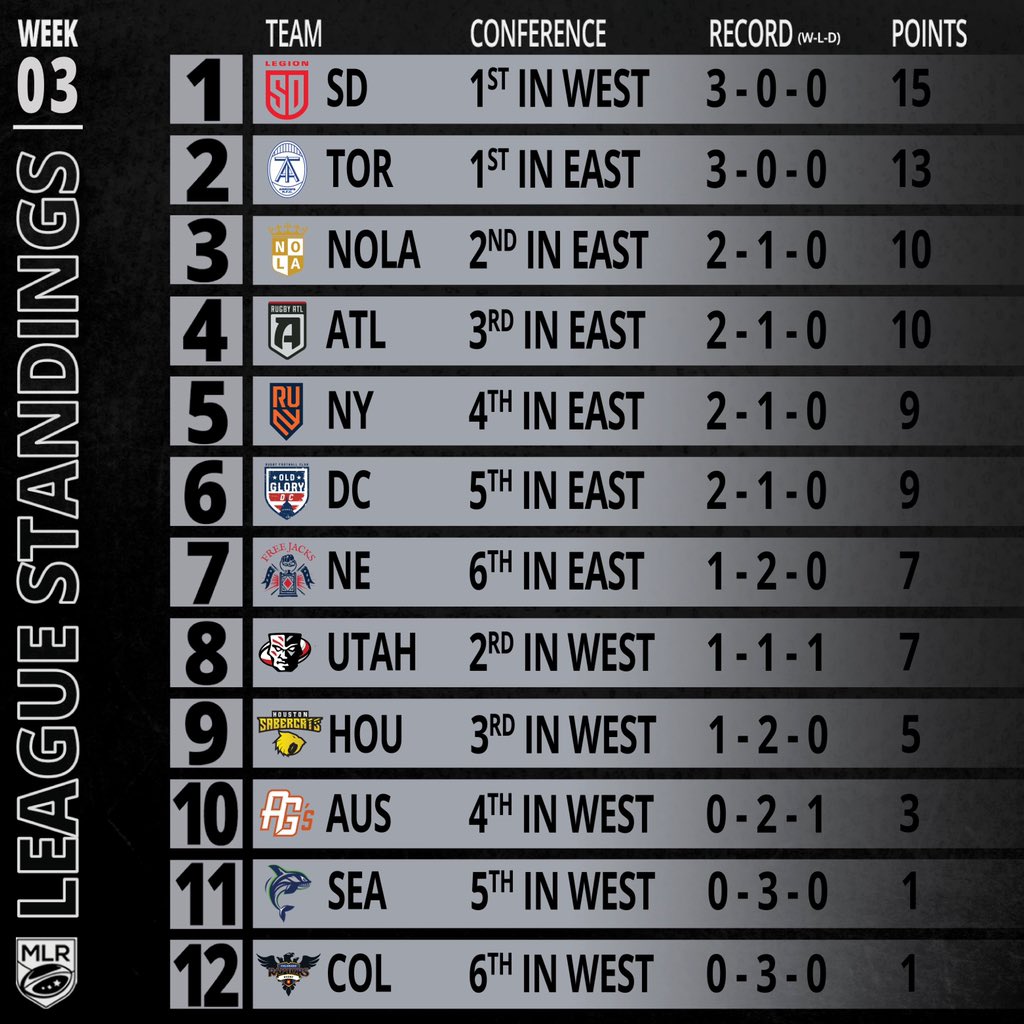 The anticipated Toronto v Seattle match turned into one way traffic and the previous robust seawall defence of seasons past has become the see wall fall this season. Seattle have one of the worst point differentials in the league at -37 with only Colorado and Austin lower, and one of the poorest try differentials at -6 with only Austin worse. Toronto on the other hand are one of two undefeated sides, along with San Diego, and have the best point differential in the league at +55.

These were the Week 3 results. 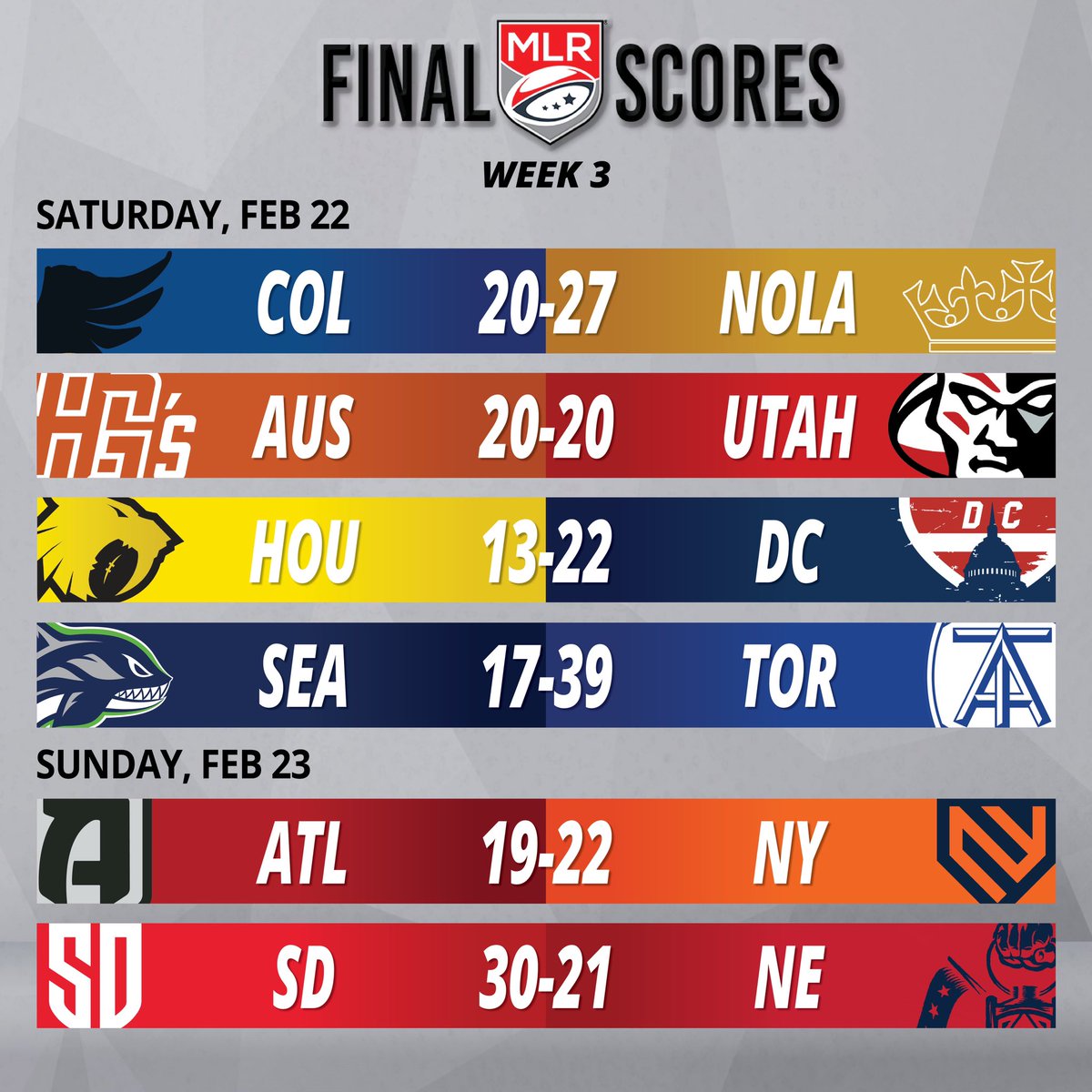 The highlight for Canadian MLR fans will be the Toronto @ Seattle match. Six Canadian starters for Seattle and nine for Toronto. One intriguing matchup will be in the centres where George Barton and Jeff Hassler will go up against Guiseppe du Toit and Ben LeSage in what could be a battle for starting centre positions this summer with the national team.

In the front row it will be Seattle loosehead Djustice Sears-Duru going head to head against Toronto tighthead Cole Keith. In the loose forwards Seattle's openside Nakai Penny will have a chance to state his case against national team incumbent, Toronto's Lucas Rumball.

The game will be on at 7pm PT and will be blacked out on Facebook for Canadian viewers, but available through TSN online for subscribers. All the MLR matches are shown on the MLR facebook page.

[ed. a VPN connection through the UK will allow all matches to be viewed from North America.] 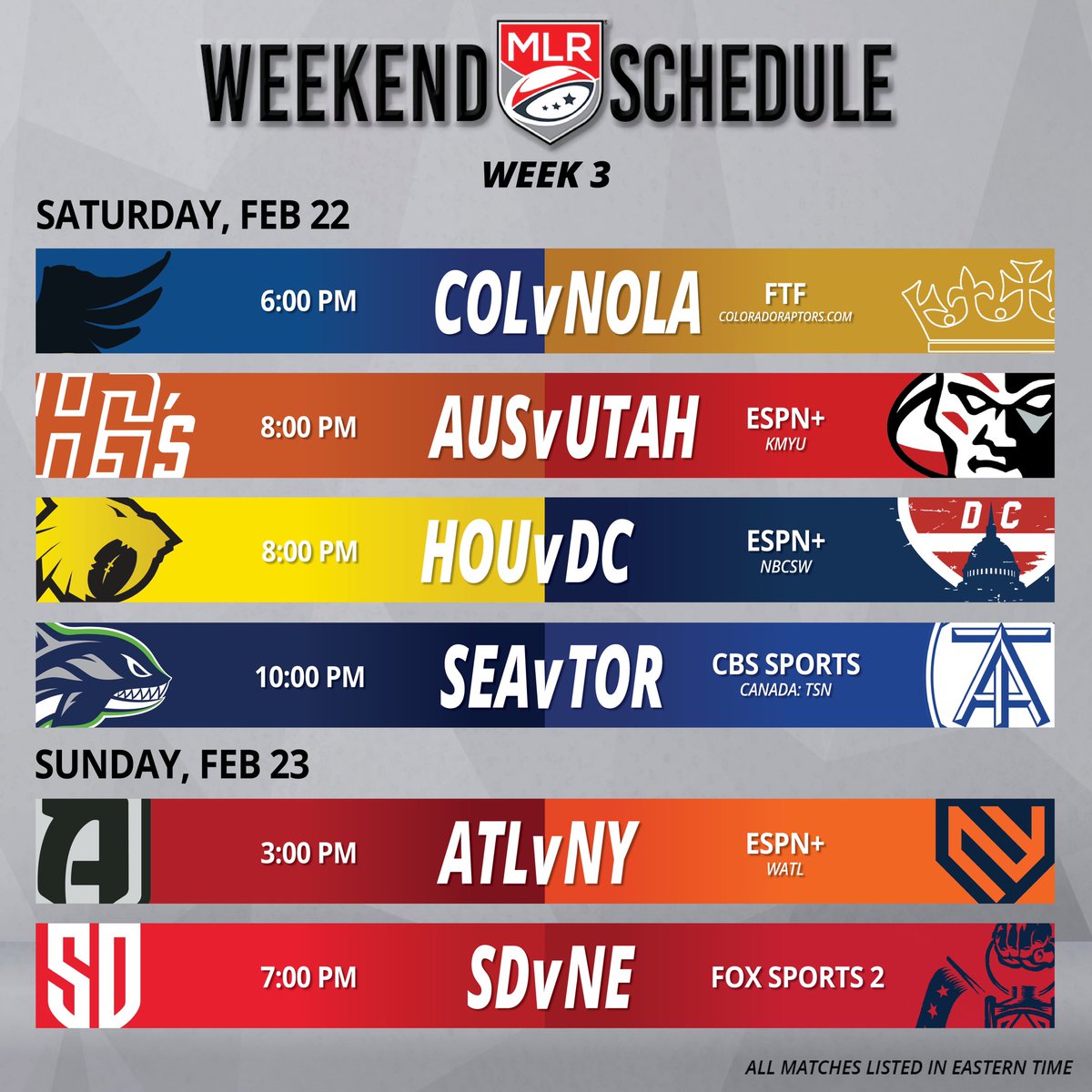 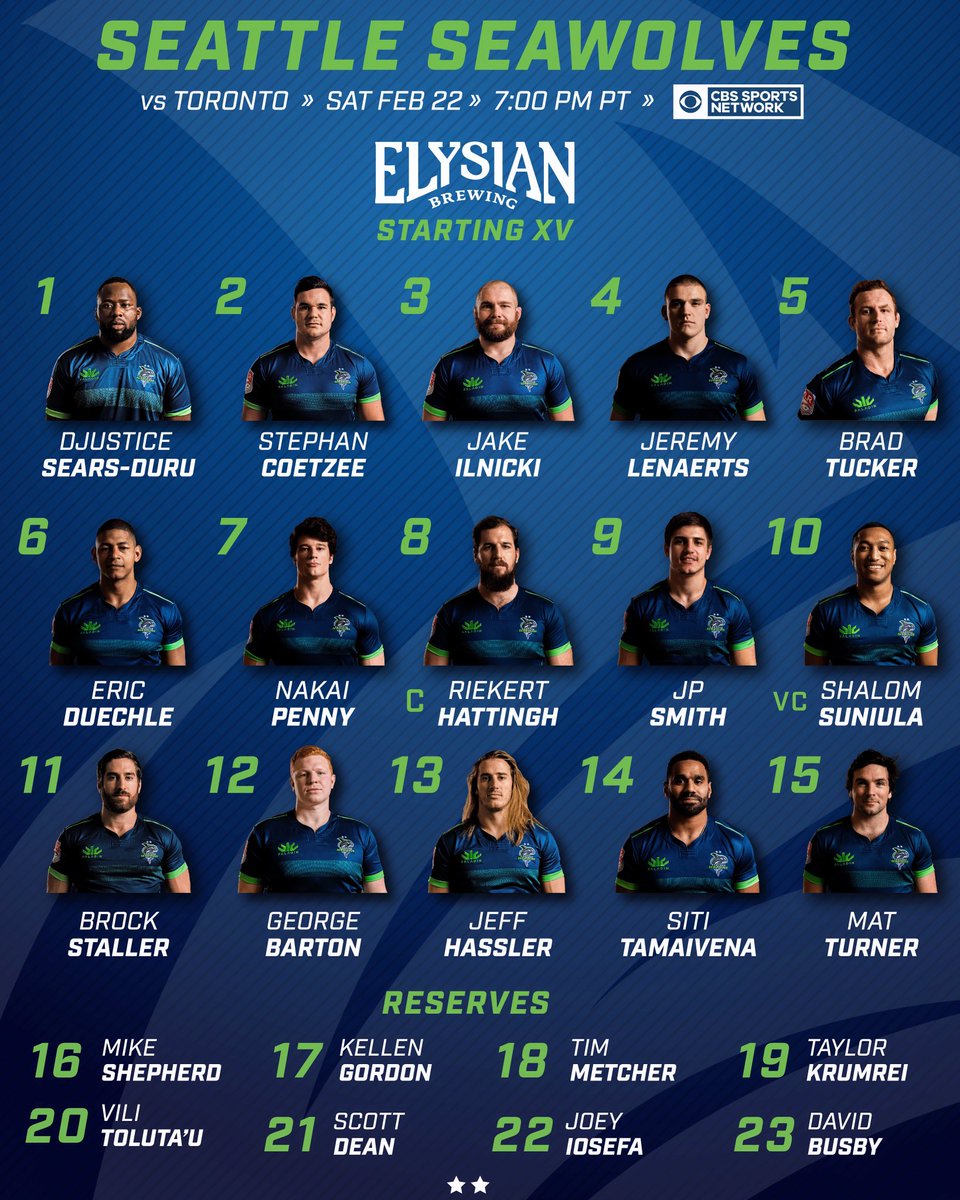