Global Rapid Rugby - Round One

The Global Rapid Rugby (GRR) season started this weekend and Round One went ahead despite the sport shutdowns in North America and Europe. The games were played in Western Australia and Fiji.

The origins of the league go back to 2018 when Western Force were dropped from Super Rugby when it was decided to reduce the number of Australian franchises. Western Force now had a team but no league to play in, they are owned by Andrew Forrest who is reported to have a net worth of $6.84 billion (AUS). When you have $6+ billion to work with creating a league for your team isn't a huge problem. Global Rapid Rugby had an exhibition season in 2019 and are ready to roll out the product in 2020.

There are 6 teams, Western Force, South China Tigers, Fiji Latui, Manuma Samoa, China Lions and Malaysia Valke. Western Force are likely to be the strongest team in the competition. The South China Tigers are basically the Hong Kong national team. The Fiji and Samoa teams are players from those countries currently not playing Super Rugby or professionally elsewhere. The Malaysia team is actually a South African team, the Falcons or Valke, who played in the Currie Cup Division One. The Malaysian connection is where they plan on playing their home games. The China Lions are actually a New Zealand team with a few Chinese players listed, none of whom started this weekend. The China Lions will play home games in Rotorua, Taupo and Adelaide.

The GRR season wraps up in June and Mitre 10 Cup starts in August so there doesn't seem to be a conflict.

There are a number of law variations in GRR, first the halves are 35 minutes not 40. There's no kicking directly to touch so even if you kick the ball out on the full from inside your 22 it comes back and goes to your opponent. The 50:22 kicking rule that World Rugby is going to trial at the ARC is in full effect. If you score a try that started from within your 22 it's deemed a "power" try and worth 9 points with no conversion necessary.

The Round One match results, rosters and match videos are appended below. We also took a brief look at the roster composition and in particular the #10 to get a rough idea of the quality of the teams.

Players from Fiji with experience from Super Rugby, Mitre 10, NPC and national U20.

Majority of players from New Zealand with a few chinese players (4), none of whom were in the match 23 in Round One.

Players from Samoa with experience from Mitre 10 to Samoan 7s and XVs team.

Predominantly Australian players, likely the class of the league.

This is a South African team, the only Malaysian connection may be where they want to play their home games. 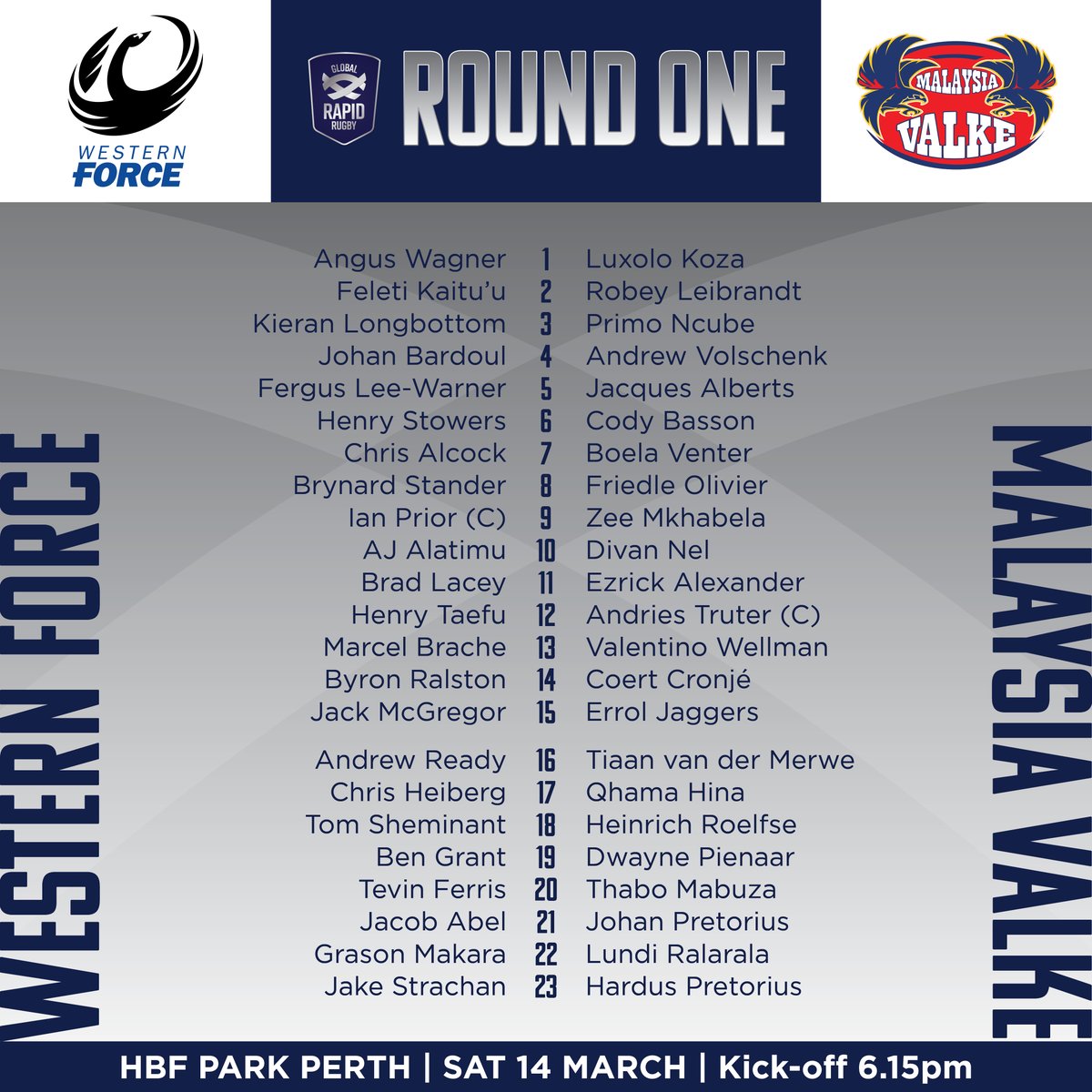 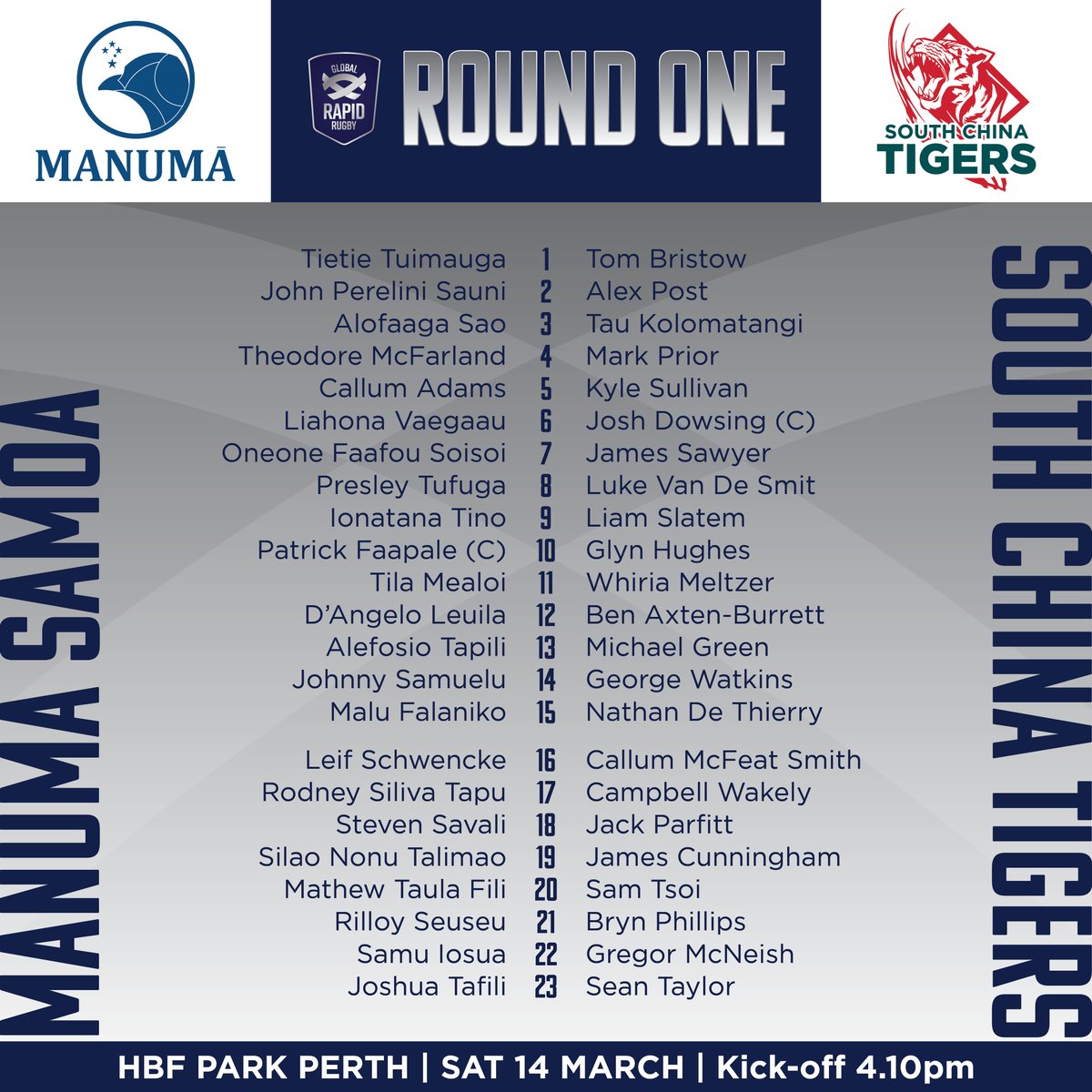 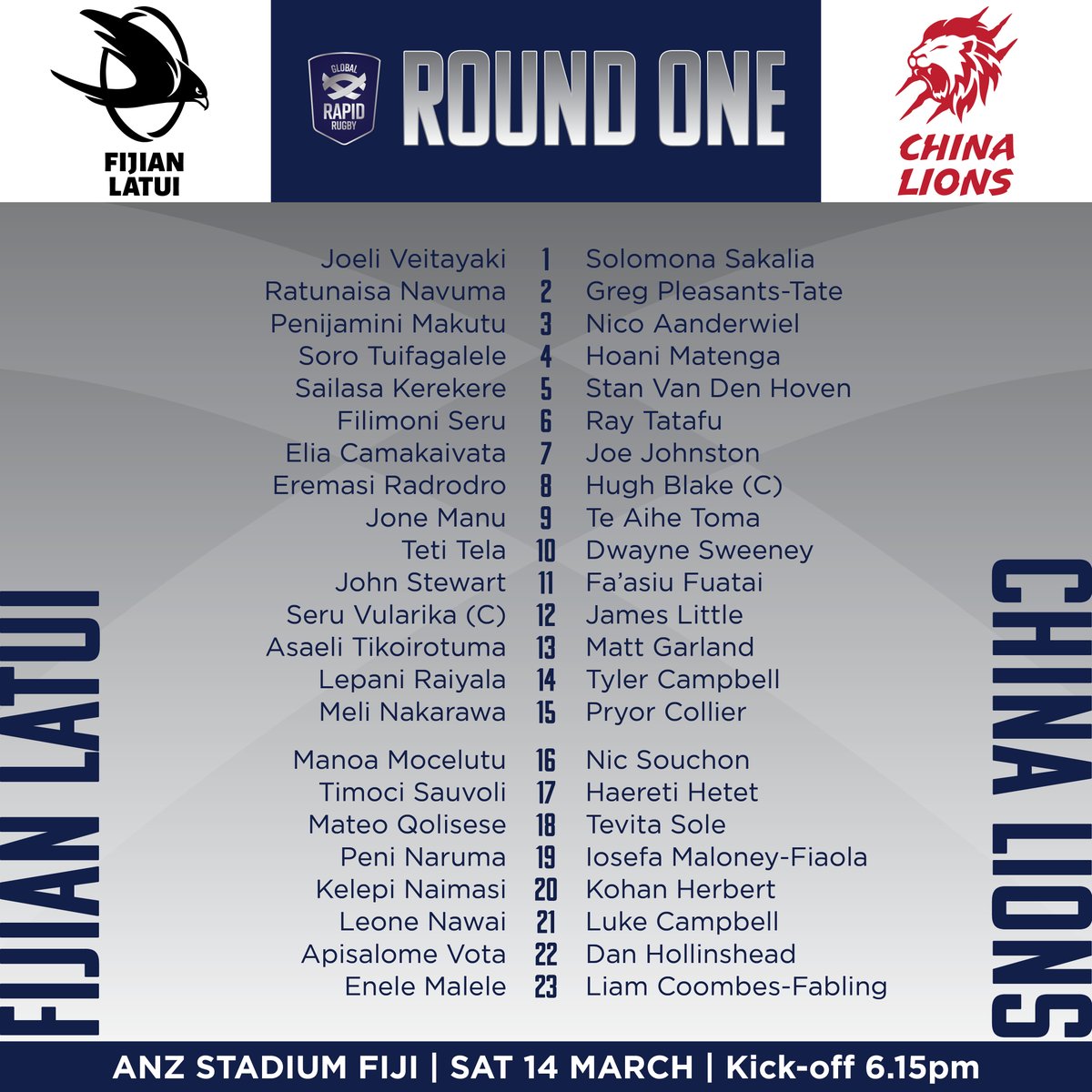