This was part of Canada's 2015 buildup to the World Cup. The game was played in Halifax and covered internationally by the BBC Alba, the Scottish BBC channel.

It was Jamie Cudmore's return to the team after missing the USA match, he paired up with Evan Olmstead in the second row. The starting front row was Djustice Sears-Duru, Benoit Piffero, and Andrew Tiedemann. The loose forwards Nanyak Dala, Kyle Gilmour and Richard Thorpe. Phil Mack started scrum half and Nathan Hirayama was at #10. The centres were Connor Braid and Ciaran Hearn, wingers Jeff Hassler and DTH with Matt Evans at the back. 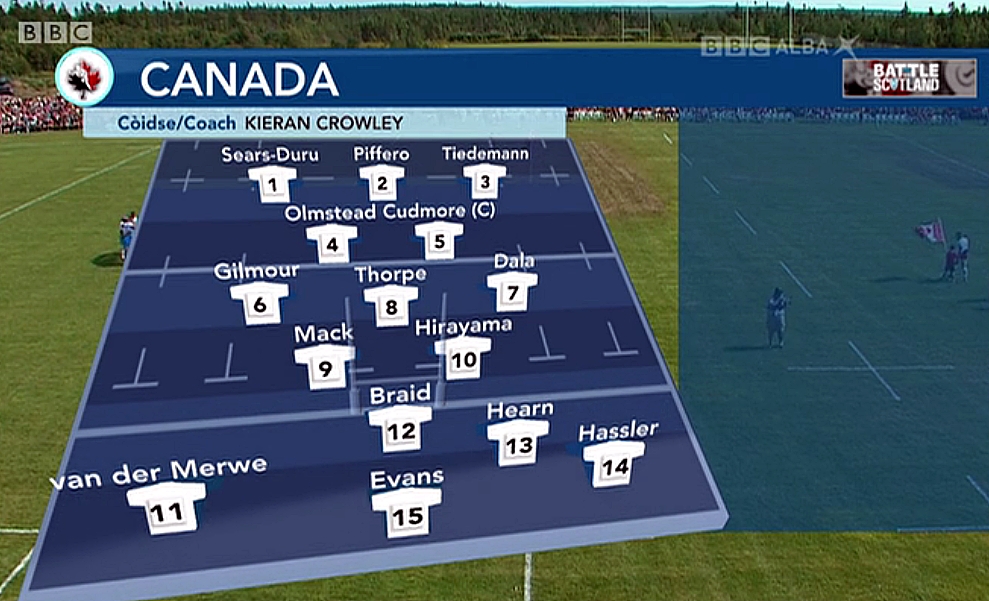