Super Rugby Aotearoa - Round One

Our "experts" all got this one wrong although both Clay and AaronT were minutes away from claiming 2 points for the winning team plus correct differential as they had both called Chiefs +2. It was Chiefs +2, 27-25, when Bryn Gatland dropped a goal with just over a minute and half remaining. The fact that Bryn is the son of the opposing coach, Warren Gatland of the Chiefs, makes it even more amazing. He wasn't even listed to play in the match until the starting #10 Josh Ioane was pulled with a late injury. Mitch Hunt was moved from fullback to #10 and Bryn Gatland was brought onto the bench. As AaronF remarked, "Gatlands son wasn't in the lineup when I made the pick, re draw!"

What to learn from Round One, both home teams won so perhaps an extra weighting to the home sides early on. The Chiefs forward pack looked a little anaemic but how much of a difference will it make when NZ captain, Sam Cane, is back at #7 and Tyler Ardron is brought into the 2nd row. With Ardron already announcing his decision to move to Castre, the Chiefs may have been reluctant to use him but they need his physicality in the engine room. The Chiefs twice had the man advantage but weren't able to dominate in those periods.

Next week the Chiefs host the Blues. The Highlanders have a bye next week.

Three out of four of our pundits got this right but no one picked the +10, Clay being the closest at +6.

The Blues backline was sizzling and they dominated the 2nd half, scoring a try then keeping the scoreboard ticking over with penalties. Their #8 Hoskins Sotutu put in a dominant performance, he's only 21, played for NZ U20 in 2018, and will likely show up in an All Blacks jersey in the near future. Otere Black at #10 had a strong performance and may keep Dan Carter out of the starting XV for a while although Carter will likely show up on the bench sooner rather than later.

The Hurricanes host the Crusaders next week, if there's a chance to break the home team streak, this may be the one. It will be the Crusaders first match and everyone is keen to see their form early on. 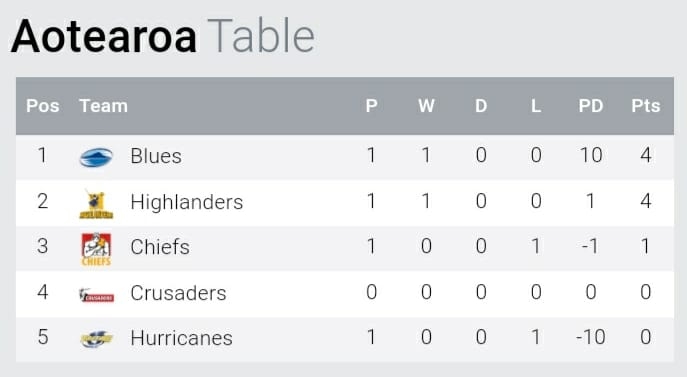 Super Rugby Aotearoa Kicks Off This Weekend: Our Panel of Experts Make Their Predictions

This weekend will see the kickoff of the Super Rugby Aotearoa season, a home and away 10 week season between 5 Super Rugby franchises in NZ. The season ends August 16th with no playoffs planned. This week sees the following two matches (see below) with the Crusaders having a bye. In BC both games are on the 13th, one just past midnight and the other at 8:30pm.

The games will be shown live on TSN2 in Canada and ESPN+ in the USA, we hope to have them archived in our members area by Sunday.

We've assembled a team of experts to write up their predictions and we'll keep a cumulative score according to the following table.

We should also mention two new laws being trialled in Super Rugby Aotearoa, a 10 minute overtime if there is a draw at the end of regular time - the first score wins, also a red card removes the player from the game but a sub can be brought in after 20 minutes. The point system is 4 for a win, 1 for a loss, 2 for a draw (after overtime) and a BP for scoring 3 tries or more than the opponent.

The expert panel is made up of:

Clay Panga, former Canadian national team player who grew up in the Auckland area and is likely to favour the Blues. He knows both the Canadian and NZ landscapes well. He's coached at the club and representative level.

Aaron Frisby, has coached and played in BC and Canada at the club and representative level. Growing up in the Queenstown area he may have a soft spot for the Highlanders.

Aaron Takel is the current BC Rugby manager of men's rugby both at the senior and youth level. Originally from Wales he'll be bringing a critical European eye to the southern hemisphere competition. He's a statistics guy so will be pouring over weekly stats to fine tune his predictions.

Mark Bryant, editor of BC Rugby News, long time rugby pundit, former old boys player will be using a complex formula of hunches, stats and previous results to come up with a prediction along with some background info on the matchups.

Here are this week's lineups, followed by the predictions (click on image to expand). 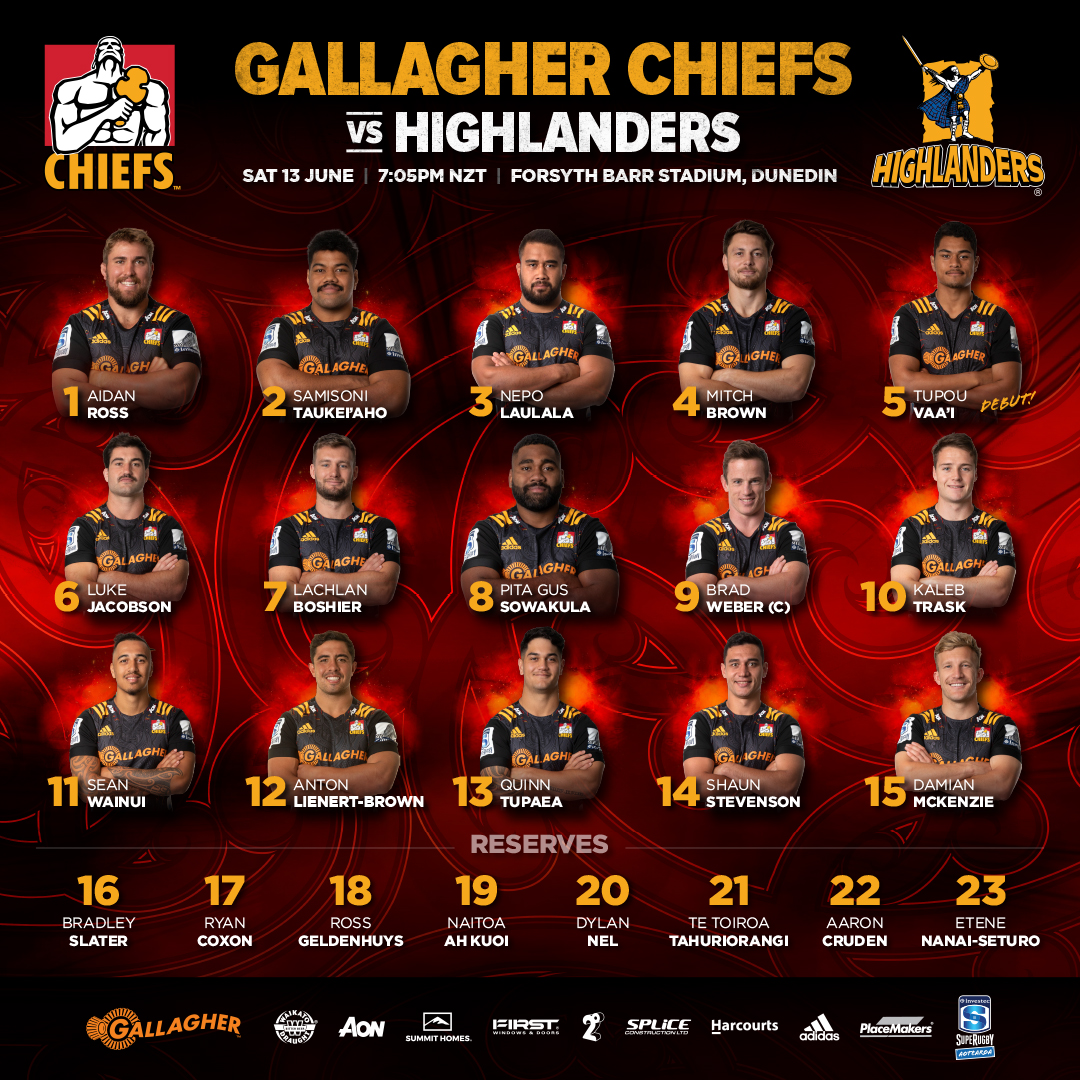 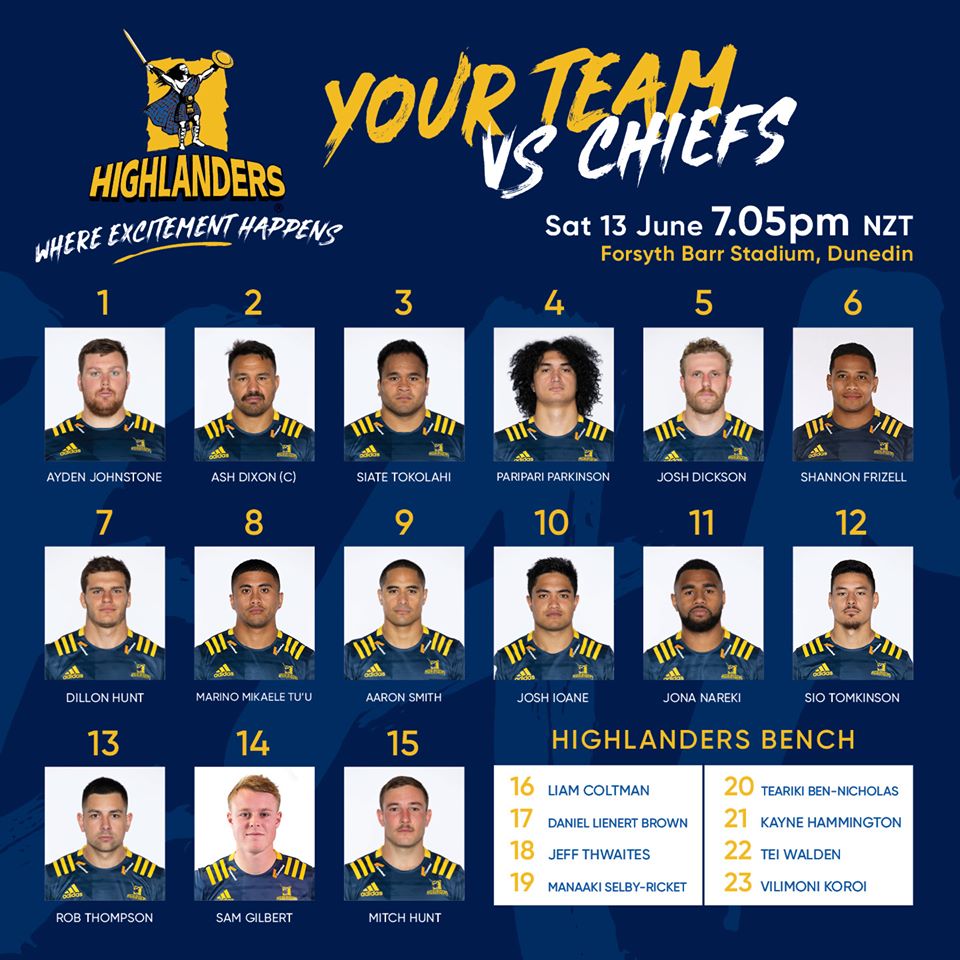 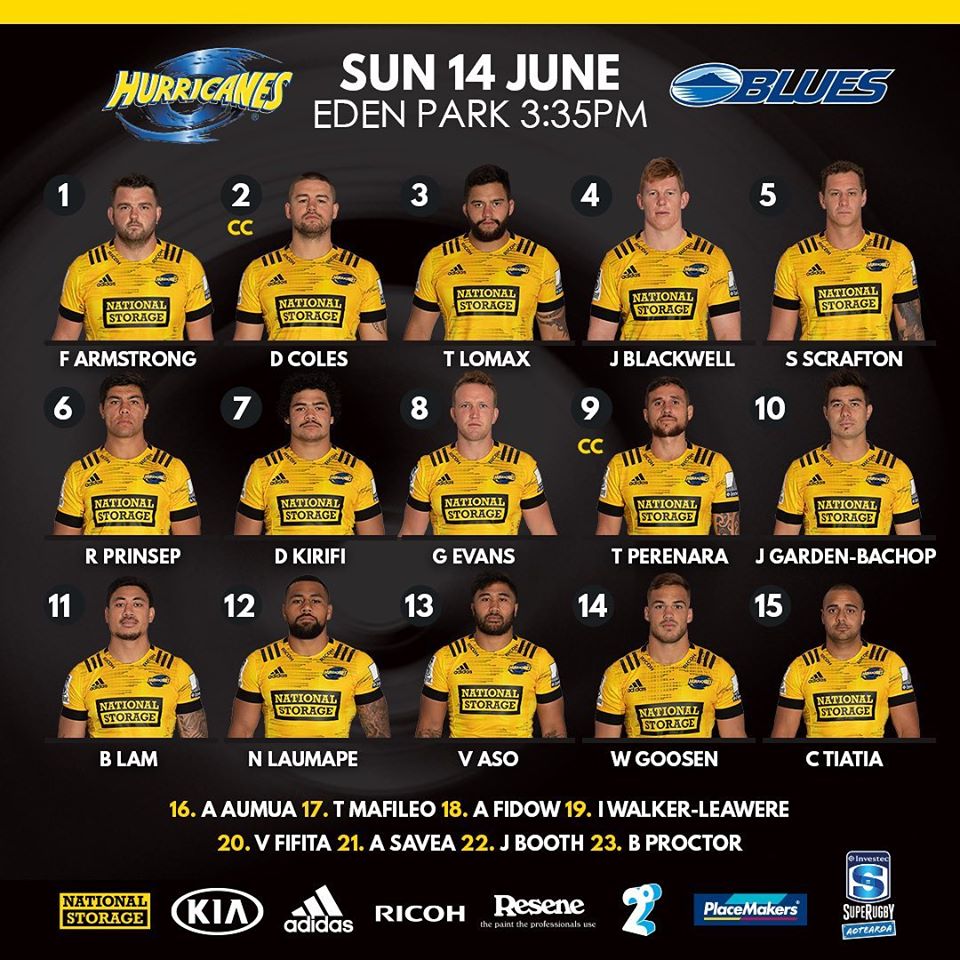 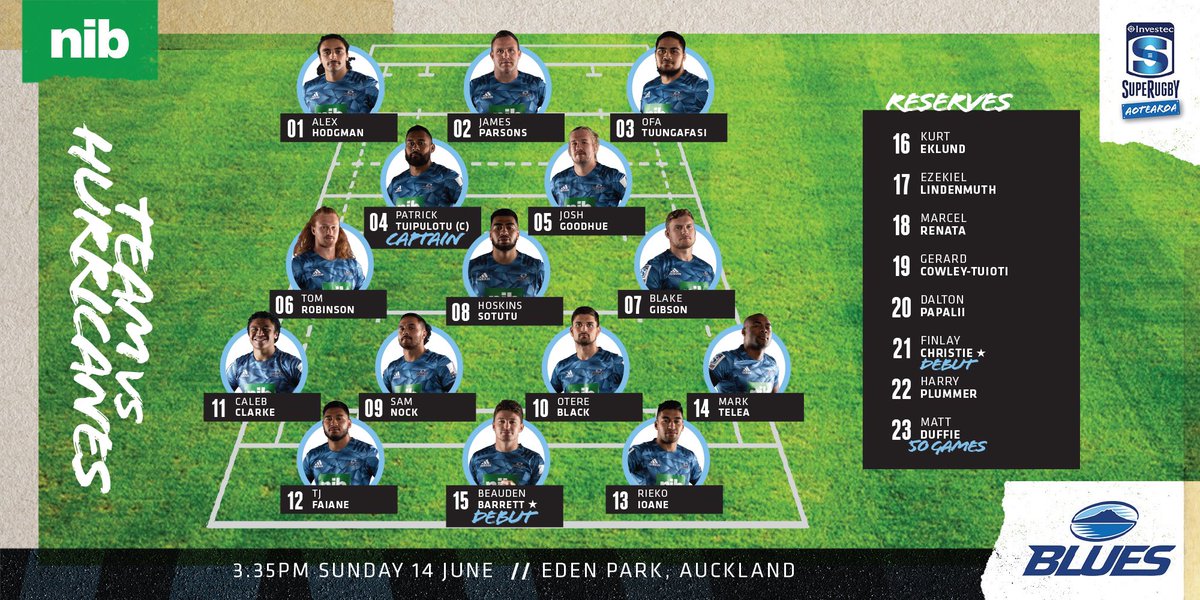 The Crusaders no doubt will be season favourites, they've won the last 3 full Super Rugby titles and 10 titles overall. They're my pick to win the league, I'm picking the Blues with the addition of Barrett and Carter for 2nd, Chiefs with Tyler Ardron 3rd, followed by Hurricanes and Highlanders.

The home side are early picks to earn the wooden spoon, before the full Super Rugby season was suspended the Highlanders were 1-4-1 and near the bottom of the table. The Chiefs were 4-2 and behind the Crusaders and Chiefs. The Highlanders were only averaging 15 points a game during those 6 matches while giving up 27 per match. Chiefs were scoring 32 per match and giving up 21 per match.

Should be a good match between north island rivals. The Blues making the headlines with the signing of Barrett and Carter, although we may not see Carter for a few weeks. The Blues also have the Ioane brothers in the loose forwards and backline. The question may be the tight five. The Hurricanes have some prominent names with Dane Coles at hooker, Ardie Savea at loose forward, TJ Perenara at scrum half and Jordie Barrett in the backline. The Blues were 5-2 before the break, scoring 27 points per match but only giving up 19 points per match. The Hurricanes were 4-2 scoring 28 points per match and giving up 22 per match. This should be close.

In front of 50,000 fans the Highlanders will be tough to beat at home. I am looking forward to seeing the scrum halves Weber and Smith go head to head. Expect them both to push the pace of the game. The Chiefs back line has some serious firepower with Leinart-Brown, Wainui, McKenzie in the starting line up and the veteran Cruden to add his 2 cents off the bench. Both forward packs look evenly matched and considering this stadium has a roof, I have to give the edge to the Chiefs. It will be a nail biter.

Another big crowd expected for this fixture. No Carter in the line up. A little bit disappointing but he did mention in an interview this week that being game ready and being fit are quite different. The Hurricanes and Blues met already this year with the Aucklanders picking up the W on the road. It is noteworthy to mention that the Hurricanes played a man down for most of the Second half as Tyler Lomax was red carded. The match up between Laumape and Faiani is exciting, Faiani has established himself as an up and comer and Laumape has a point to prove to All Black selectors after missing out on RWC 2019. The bench for the Canes is very strong with Proctor, Aumua, Fifita and Ardie Savea making his return from injury. Ioane could be the difference maker in this one, he’s a try scoring machine and with Beauden Barrett pulling the strings from full back the Canes backline will have to be on their toes.

Hometown advantage will play a big part in this game and the emotion of the first big event out of lockdown will give the landers a bit of boost. Landers will keep it close but they are grossly understrength compared to other rosters in the competition and a quality Chiefs side will get the job done late.

We hear it every year, "it's the year of the Blues" but it never is. I'm not buying into the hype of the part time fly halves joining the squad making a difference. Dirty Dane and the boys will have last laugh in this one.

In their last 10 home games the Blues have won 60% of their games, but it’s a close call with the Hurricanes winning 70% of their last 10 away games. Overall the sides have met 33 times, with Hurricanes leading 17 games to 15. At Eden Park, they've met 16 times, with both sides winning 8 matches. Recently Hurricanes lead the head to head, winning 9 matches from the last 10. This one is going to be close, both teams averaging around 25 points per game!