The Blues and Crusaders continue on as favourites after Week 2. The Chiefs again had a man advantage situation and were unable to fully capitalize. The Blues were able to score one first half try through pick and go from the forwards and added a penalty, The Chiefs kicked three penalties, for a 10-9 HT score.

In the second half the teams traded penalties early on, 13-12, with a quarter left to play. Barrett added a drop goal and then with 10 minutes left a well worked try from the backline saw Mark Telea go over in the corner.

Overall thoughts, all teams are finding it challenging adapting to a stricter enforcement of the breakdown laws. There are about 25 penalties, on average, per match so far. Most of the penalties occur at the breakdown and many are taken by the attacking team for not staying on their feet or coming in from the side. It's no wonder the kicking game is so important as attempts at multi-phase possession inside your own half can be a liablity. The smart teams are using the boot to play the game inside their opponent's half. The Blues addition of Barrett this season has been a game changer for them. As for the Chiefs, the return of Sam Cane can't come soon enough to bolster a struggling forward pack.

Next weekend, the Blues host the Highlanders. The Chiefs visit the Crusaders.

One of the talking points after 2 weeks, besides the high penalty counts, has been the dismal lineout performances. The Crusaders scored in the first minute and it came off a Hurricanes lineout malfunction. The Crusaders scooped up the ball and a couple of phases and ten passes later Sevu Reece was over the line.

The Hurricanes kicked a penalty to make it 7-3 but the Crusaders soon turned possession inside the 22 into points with a well placed grubber kick touched down by Bryadon Ennor. The Hurricanes put up two more penalties and a drop kick for a 12-12 score. With 10 minutes left in the half, another testament to skilfull kicking and creating contestable ball, as fullback Will Jordan put up a high clearance kick he was able to contest and that resulted in the Crusaders regaining possession and with good support were able to put the ball under the posts, courtesy of Jack Goodhue, 19-15 HT.

The teams traded penalties in the third quarter, two for Crusaders, one for Hurricanes, 25-18. Hurricanes tied the match up with their lone try of the match, a strong effort by inside centre Laumape to setup replacement prop Aumua for the try, 25-25.

With 10 minutes left, the Crusaders again used the grubber kick inside the 22 to put the Hurricanes under pressure, the defender panicked while going into touch and threw a Hail Mary pass into waiting Crusaders' arms - basically the equivalent of an own goal. The Crusaders added one more when David Havili ghosted through on a nice running line, 39-25.

Overall thoughts, the Crusaders look the class of the competition, with only the Blues likely to challenge them for top spot. Crusaders already the only team to get a winning bonus point. Week One both home teams won, Week Two both home teams lost, Week Three is looking like another one for the home teams winning. 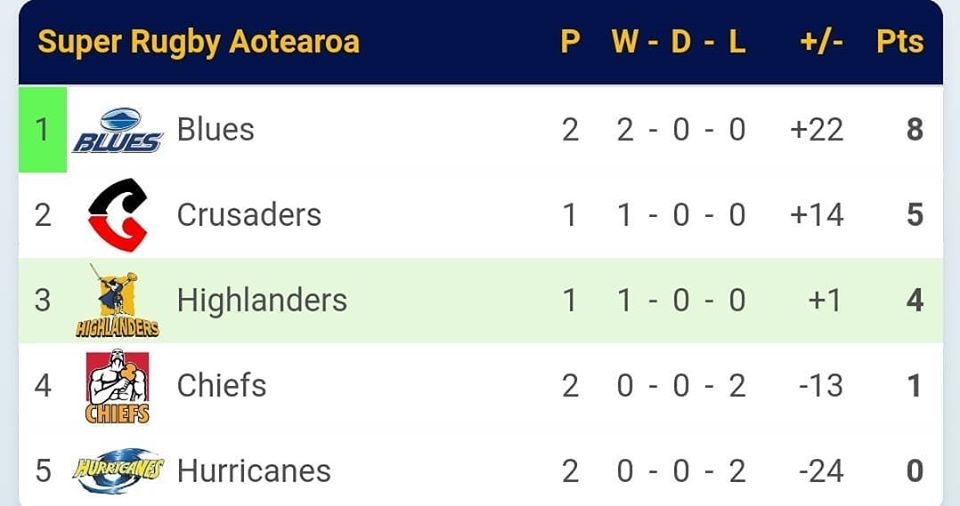 Mark and Clay got the weekend calls spot on, the Crusaders were everyone's picks but AaronT and AaronF went with the Chiefs over the Blues. No one has hit the differential yet for a BP but AaronF was close with his +12 Crusaders pick this week.

We go into Week 2 of Super Rugby Aotearoa with the Crusaders getting their first hit out. Many people have them as favourites to finish top of the league, 3 out of 4 of our prediction panel have them picked with Clay the only holdout, predicting Blues glory this season.

You can read all the Week 1 predictions and results here.

The Pundits records after Week 1. 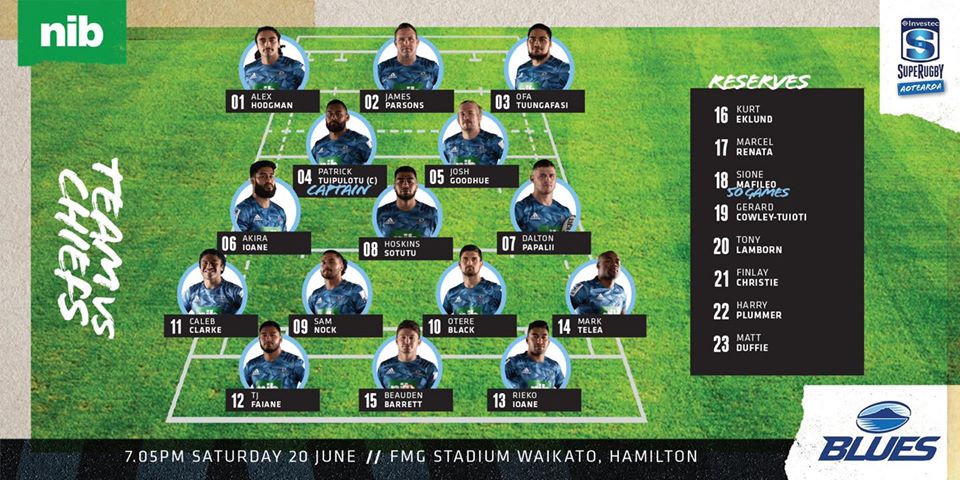 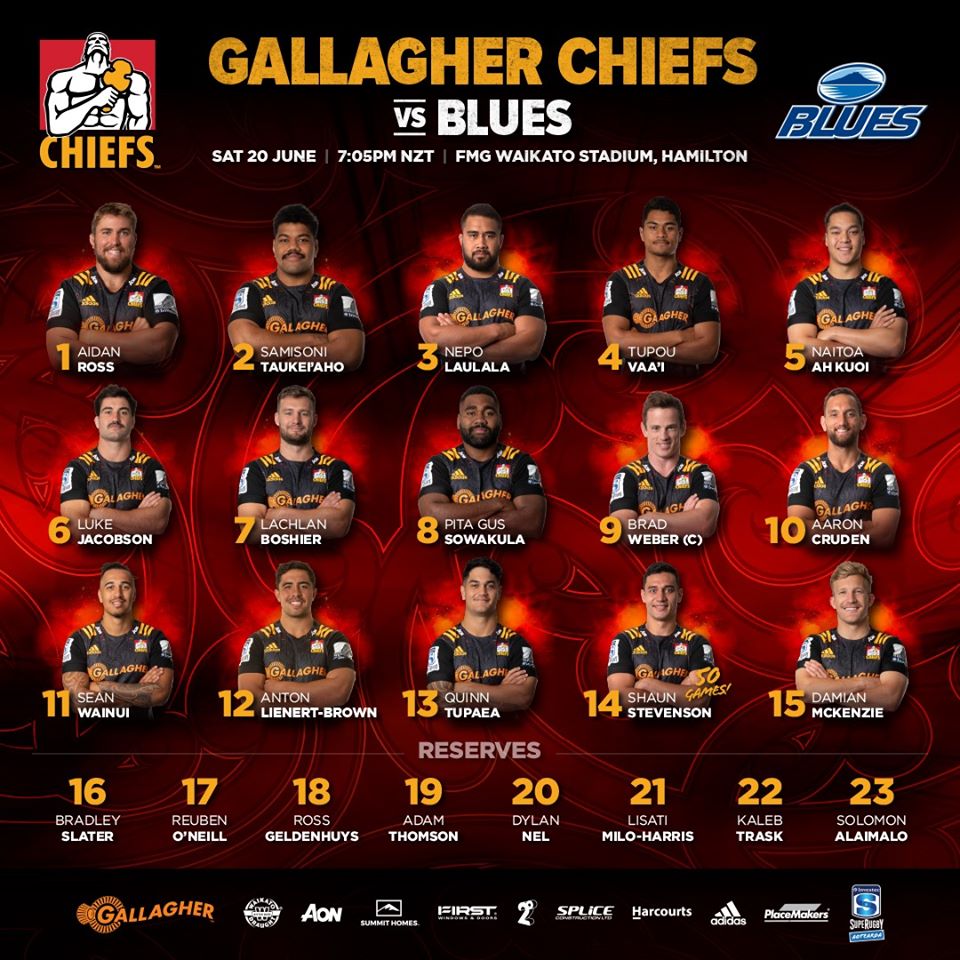 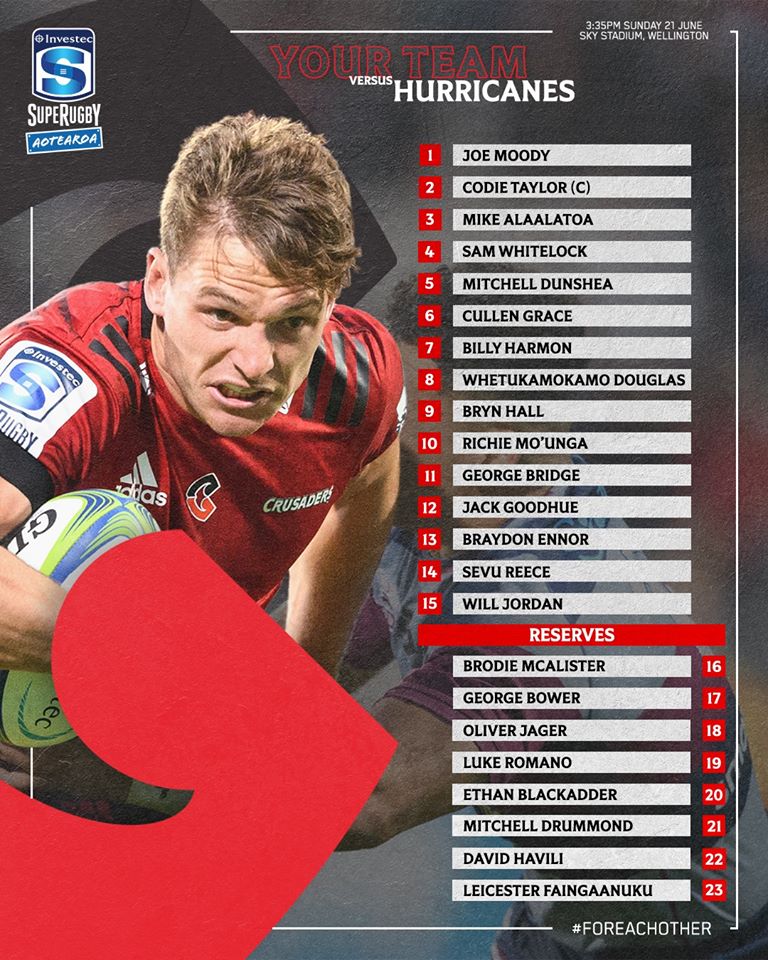 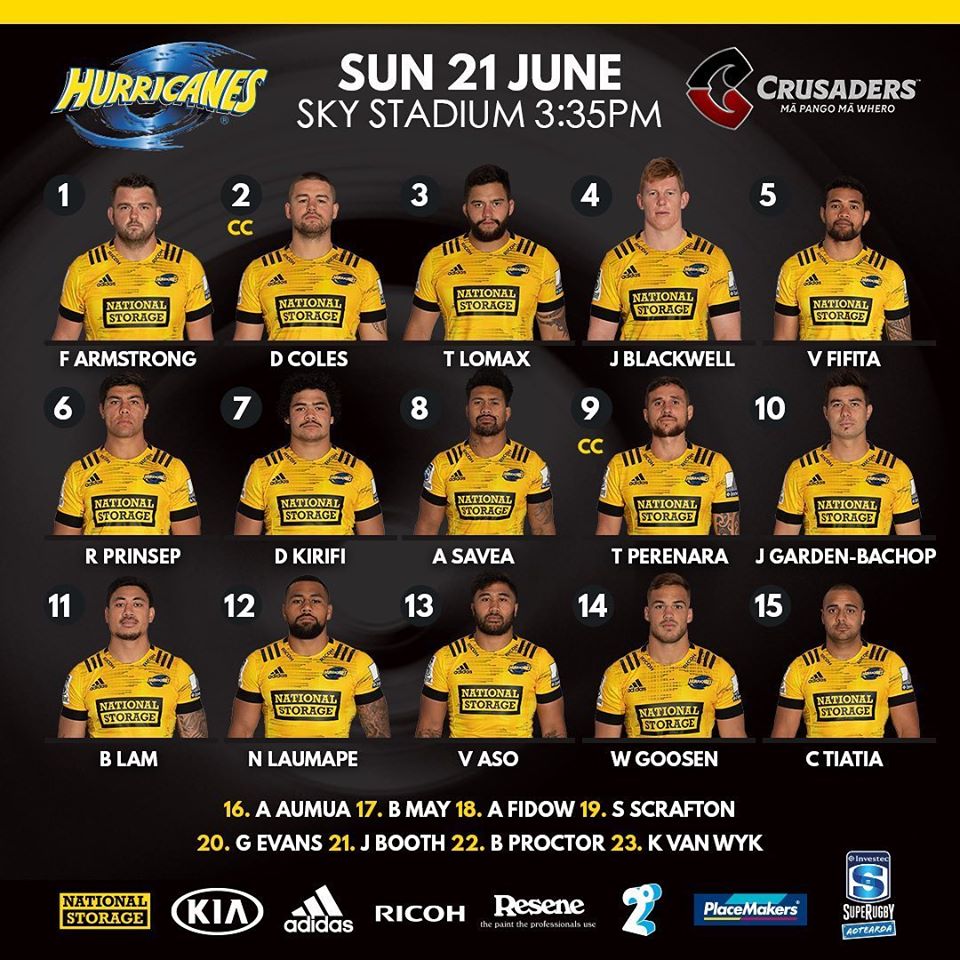 I'm not getting too excited about the Blues win over the Canes nor am I too worried about the Chiefs loss against the Highlanders. The Blues faced a team that struggled at lineout time (5 lost), struggled at kicking for points and ran out of options at #10. And you cant blame the Chiefs for losing to a passionate side from the deep south who went back to their roots of rolling mauls. I'm backing Cruden and Chiefs Mana here 32-29

Crusaders are far too clinical for the Canes even if it is at the Cake Tin. Crusaders 33-21

I wasn't too impressed with the Chiefs forwards last week and as the saying goes Forwards determine who wins, Backs by how much. Chiefs had the man advantage twice against the Highlanders and couldn't assert their dominance in the forwards. The Blues looked good against the Hurricanes last week and they have Akira Ioane in the roster this week at blindside. The Chiefs are still without All Black captain Sam Cane, and it appears Tyler Ardron may have left for Castres already, no confirmation on that yet. Both home teams won last week, going for visitors this weekend.

First hit out for the Crusaders and there's the danger that they'll be a bit rusty with the other teams having one match under their belt. The Crusaders tight five look formidable and how the sets go may be a game decider. Richie Mo'Unga will want to impress with a number of 10s vying for that All Black jersey, Sevu Reece should be good for at least one try on the outside. For the Hurricanes, Savea gets the start at #8 and Fifita gets moved to the second row. Dane Coles looked back on form last week and TJ Perenara is always a threat at #9.

Blues have been strong on the road this year and are full of confidence. Some great match ups, looking forward to seeing Faiani vs Leinart Brown. Caleb Clarke has stamped his mark on super rugby and is one to definitely keep an eye on.

Crusaders line up from 1-23 is very strong. Havili and Whitelock on the bench shows the depth of this squad. Considering the brutality of the NZ derby’s, depth is going to be key for all teams. Crusaders are once again the real deal and should get past the Canes by 10 points.

This is going to be a really close one I think, possibly less than a try in it. Hurricanes have won 70% of their last 10 home games and Crusaders have won 70% of their last 10 away games. Crusaders have historically been the stronger of the two teams head to head, Crusaders have won 7 of the last 10 games. First game of the tournament for the Crusaders so one less game than everyone else, but a lot of learnings I’m sure around the breakdown and lineout from round 1. In reviewing the Hurricanes performance from last week they showed some kicking and defensive frailties that could be exposed if they haven’t fixed them this week. Going to go with my gut on this one and say Crusaders 25-24 +1