Clay was the only one to get 2 for 2 on the predictions this week and has an impressive 88% accuracy rate so far this season. Compare that to the @Rugby4Cast account on Twitter who do a detailed statistical analysis of the games, they are at 50% so far this season.

Everyone, except Clay (Blues), are still going with the Crusaders as the favourites to win it all. @Rugby4Cast has done an updated probability graph on the final postitions. 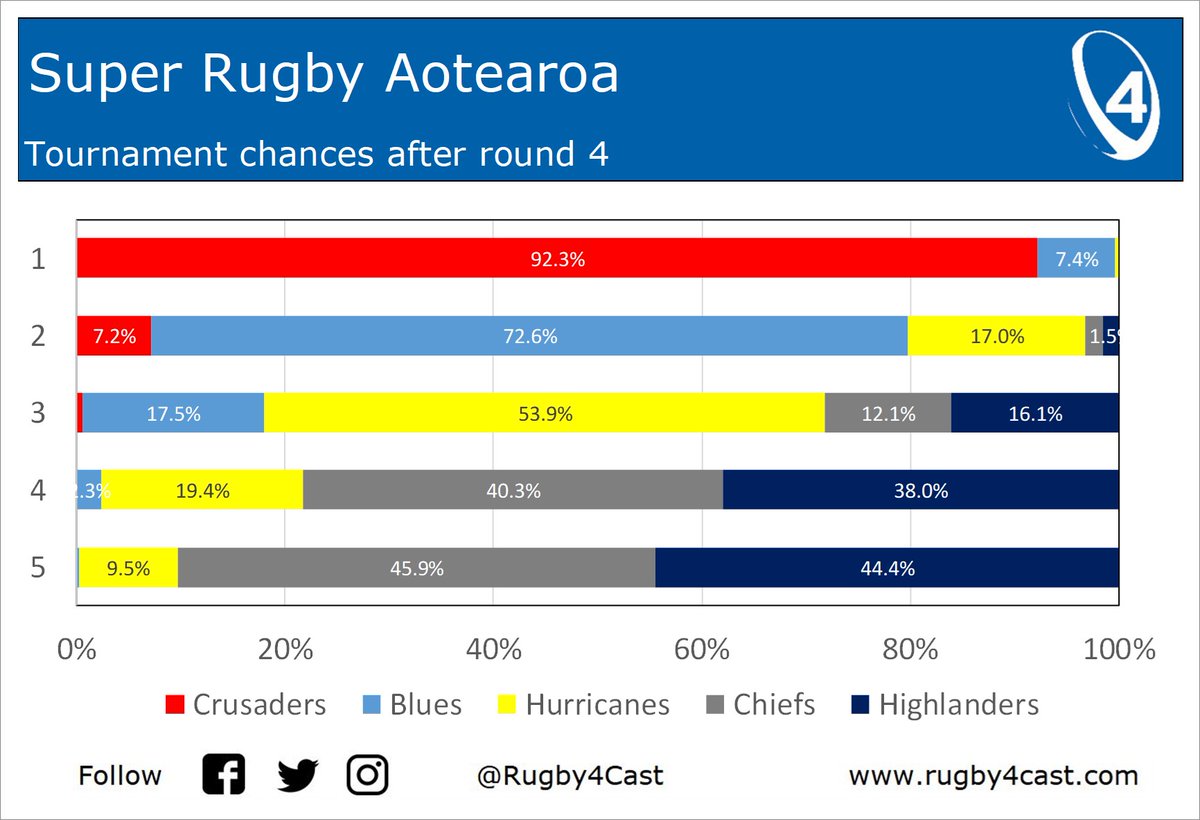 The Highlanders were leading 17-14 at the break and were still in the match with four minutes left, down 26-20. The Crusaders put in two converted tries in the last four minutes to give them a +20 result.

Next weekend sees the much anticipated Crusaders v Blues matchup.

The Hurricanes had a strong first half and the impact of Jordie Barrett on his return was apparent. They led 20-3 at the half.

Hurricanes added to the lead at the 60 minute mark and were ahead 25-3 with a quarter to go. A red card to the Hurricanes with 15 minutes left allowed the Chiefs to put some points on the board and claim a bonus point in the loss.

Next weekend the Hurricanes host the Highlanders and the winless Chiefs get a bye.

The Pundits records after Week 4.

We go into Week 4 of Super Rugby Aotearoa with the Blues topping the table but Crusaders charging hard with a game in hand. The Blues have a bye this week and if the Crusaders win this weekend they'll go top of the table. The Chiefs will be the first team to play four games after the weekend, that will be mid-season for them and with only 2 points to date it's already a must win weekend for them.

The Pundits records after Week 3. 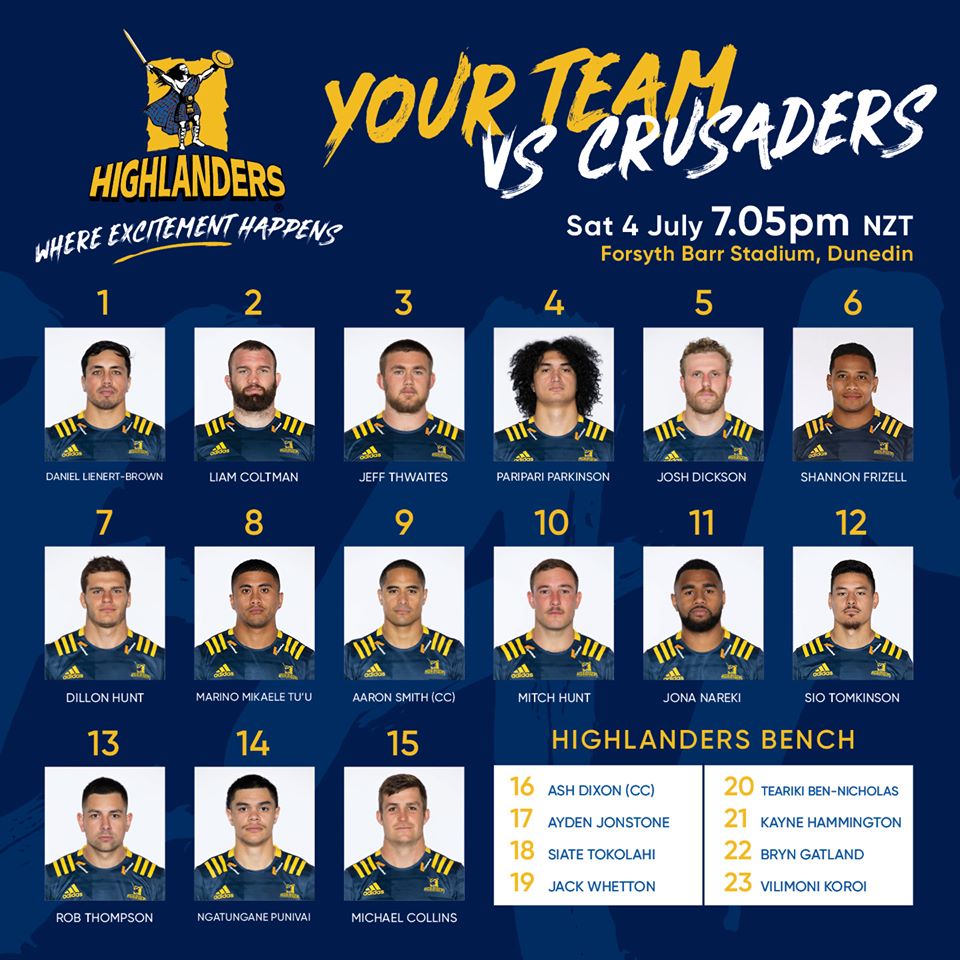 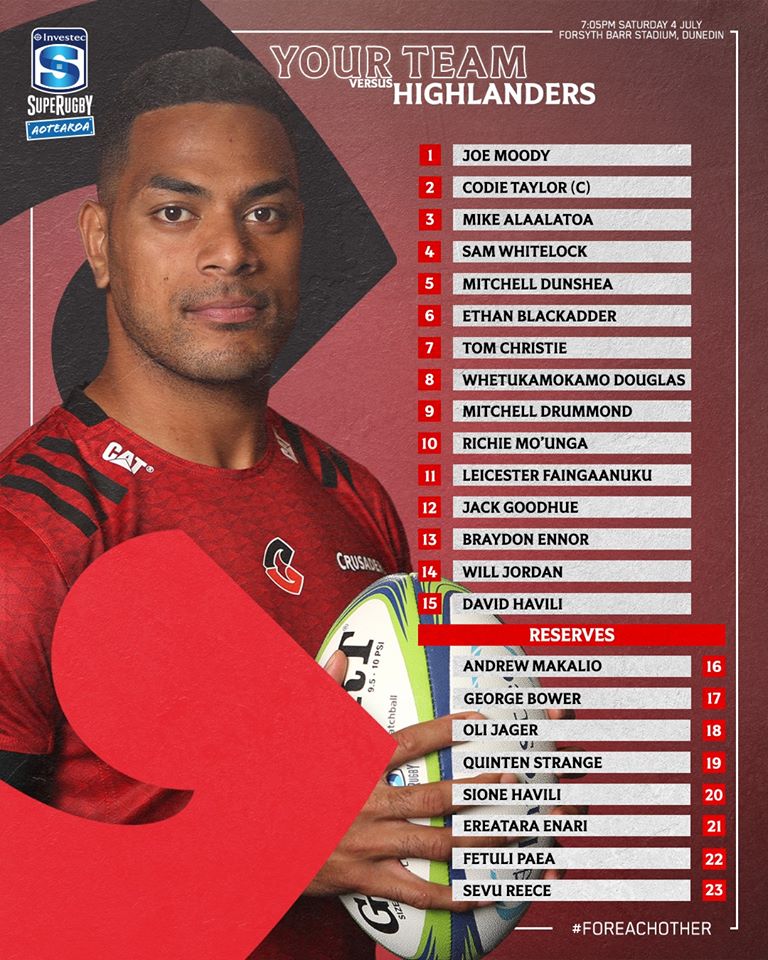 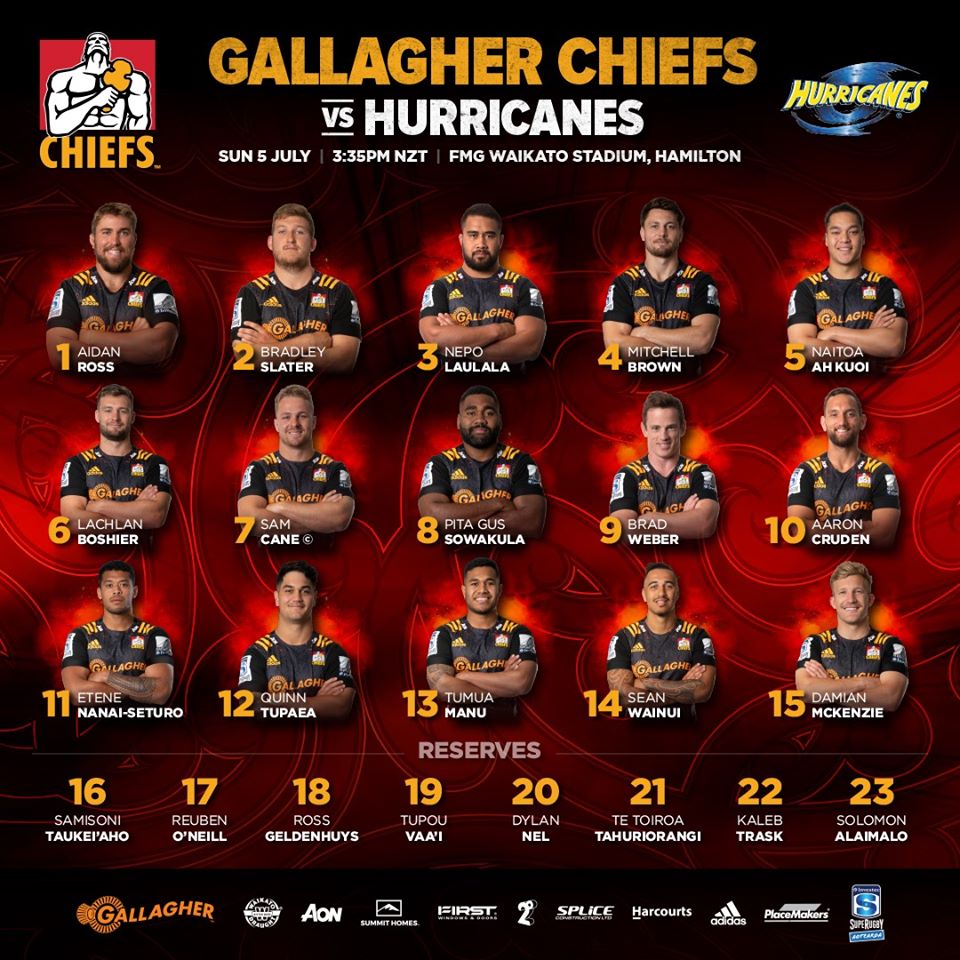 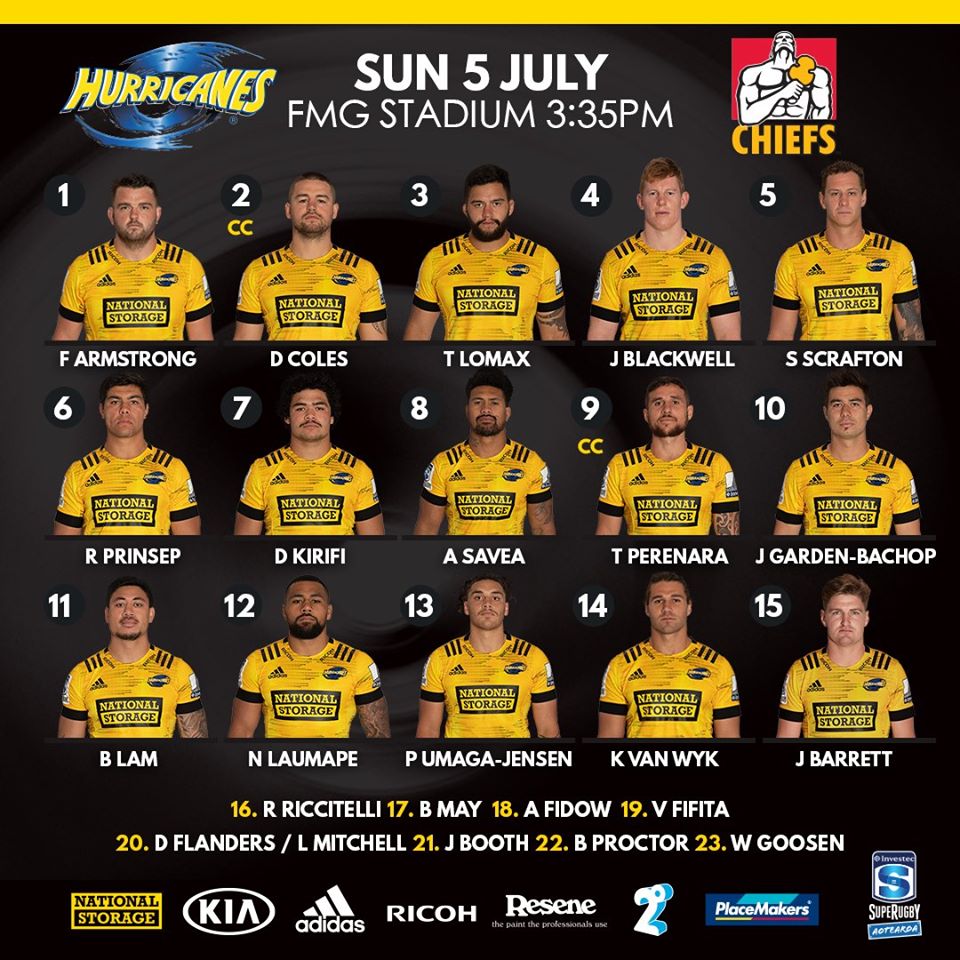 Last week I went with both home teams. This week I will go for one away team (Crusaders) and the home team here (Chiefs). This might be a close one, the Chiefs have only won 40% of their last 10 home games and by contrast the Hurricanes have been doing quite well on the road, winning 70% of their away games in their last 10. Both teams are without a win in this competition, although the Chiefs should never have let the lead slip away as they did in round 1. Chiefs have gained 2 bonus points from their losses and games could have quite easily gone either way. They have a point to prove this week, Chiefs will win this one by 4 points.

The Crusaders have put up some impressive scores of late, pulling away from teams at the end of the game by striking at opportune times. Tries from charge down kicks, quick lineouts and intercept tries on the opposition's goal line have helped the Crusaders appear a little bit better than I believe they are.
The Landers will be bloody passionate at home and although they aren't the strongest squad, have been able to keep things close with teams so far.
Most will be expecting the Crusaders to win comfortably at the modern house of pain but this will be decided by a drop goal or penalty in the dying moments.

Hurricanes lack ticker and have been tapping out late in games so far. The Chiefs on the other hand have never given up in their defeats so far this season and continue to throw the kitchen sink at the opposition until the final whistle and that will be the difference this weekend.

The Crusaders are favourites to win it all, they've been fortunate in their two wins to date, getting key tries off opposition mistakes. If Highlanders can keep their cool and make the Crusaders work for all their points this could be the upset we've been waiting for. Week 1 & 3 were both home team wins, Week 2 was away team wins, we haven't had a split weekend yet. I'm going for home team wins again this weekend and calling for the upset in this match. The Highlanders look a well drilled team with an excellent lineout, not a lot of flash to them but they do the basics well. The weather in Dunedin calls for a 40% chance of showers, if it does rain it could keep the scoreline moderate [ed. Forsyth Barr Stadium has a roof so weather not going to be a factor].

Chiefs will be the first team to have played half their games when the weekend concludes. They desperately need their first win and can't disappoint the home fans again - the motivation factor will be high. Sam Cane back into his second match will need to make his presence felt. For the Hurricanes the return of Jordie Barrett should raise their game. The Hurricanes also winless and losing by an average of 12 points per match. Going with the home team again.

My gut is telling me that Crusaders are too strong. Highlanders are the dark horse of the competition and have upset the Chiefs and pushed the Blues to edge. Can not bet against the Crusaders until next week. Crusaders by 2.

Both teams are yet to string together a great performance. Chiefs coaching box seems dysfunctional, Barnes seems to be the man in the middle with Gatland hovering in the background. Weather is looking good in Waikato around kick off time. I like the look of the Canes backline with Jordie back from injury. Fifita, Proctor and Goosen off the bench will be the difference makers. Canes by 5.