The Crusaders continue to roll and Clay's unshakeable faith in the Blues has allowed Mark and AaronT to close the gap on him in the prediction contest.

The Blues need a BP win on the road over the Hurricanes next week and then they'll have to hope the Crusaders stumble in one of their three matches before the teams meet head to head again on August 16th in Auckland.

The Blues led at the half 7-6, scoring a try out wide but the Crusaders answered with two penalty goals to keep within range. The Blues looked in control with just a quarter left in the match when Rieko Ioane powered over the line to put the Blues ahead 15-9, 2 tries to 3 Crusader penalties. The strength of the Crusaders bench came through again though as they scored two tries in the last 20, first replacement scrum half Mitchell Drummond crossing the line and then replacement wing Will Jordan. Flyhalf Richie Mo'unga was the catalyst for the comeback and has to be considered the All Black #10 for this RWC cycle with Beauden Barrett notching up playing minutes at #15 and then heading to Japan after Super Rugby.

A +6 win for the Hurricanes, the pundits were close but no BP for exact differential. It was all Hurricanes in the scoring department for the first 50 minutes, 12-0 at the half and 17-0 with 30 minutes left in the match. The Highlanders scored a try and two penalties to get a BP in the loss. The result leaves the Hurricanes in 3rd place, 2 points ahead of the Highlanders.

Next week the Hurricanes host the Blues and the Highlanders travel to face the Chiefs in Hamilton.

The Pundits' records after Week 5.

We go into Week 5 of Super Rugby Aotearoa with the Crusaders topping the table, a position they may not relinquish if they win this crucial match against the Blues. The Crusaders and Blues are both undefeated with 3 wins but the Crusaders earned 2 BP in those wins so sit 2 points ahead.

The Pundits records after Week 4. 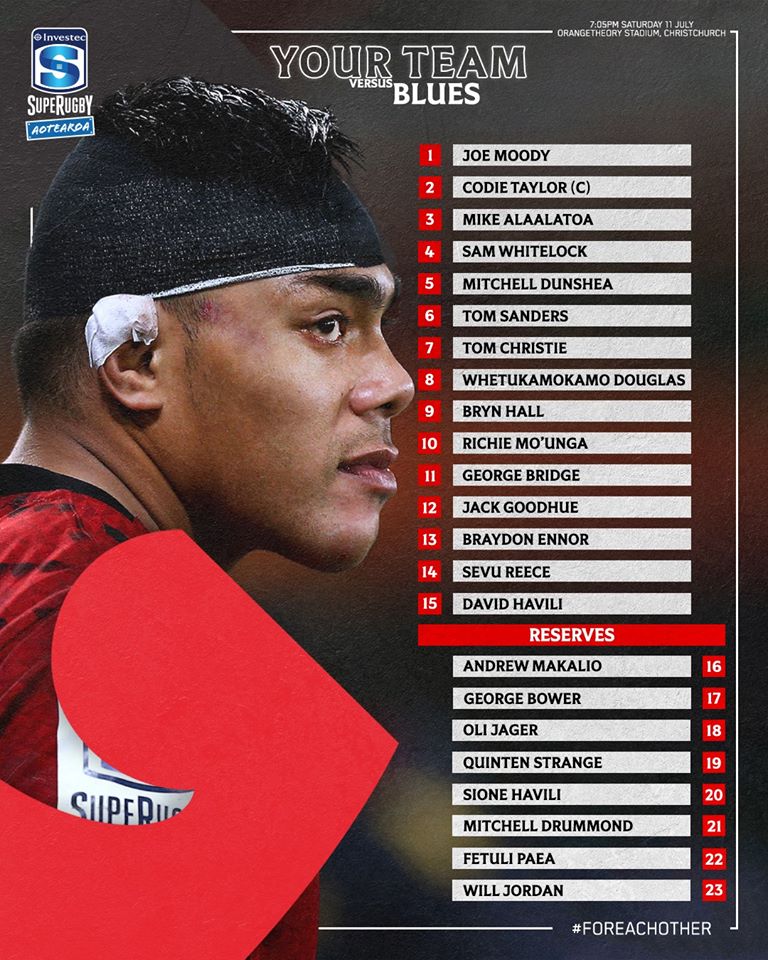 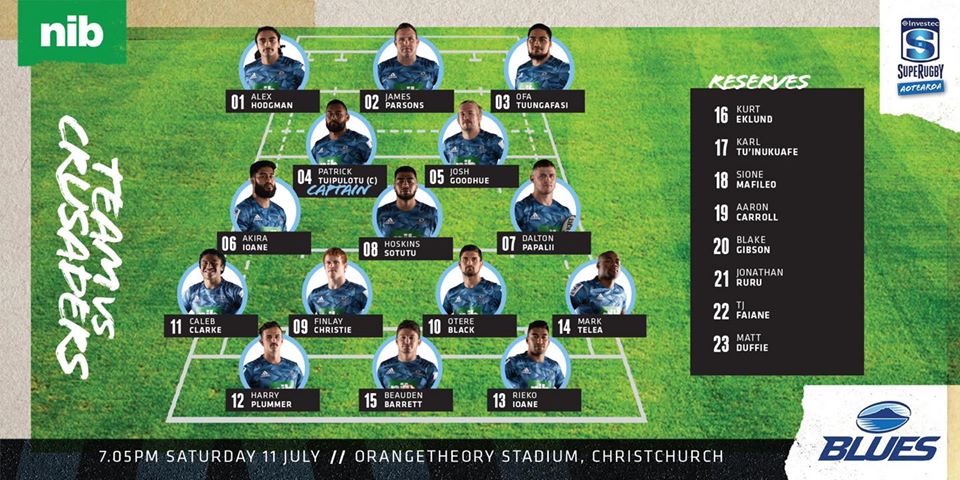 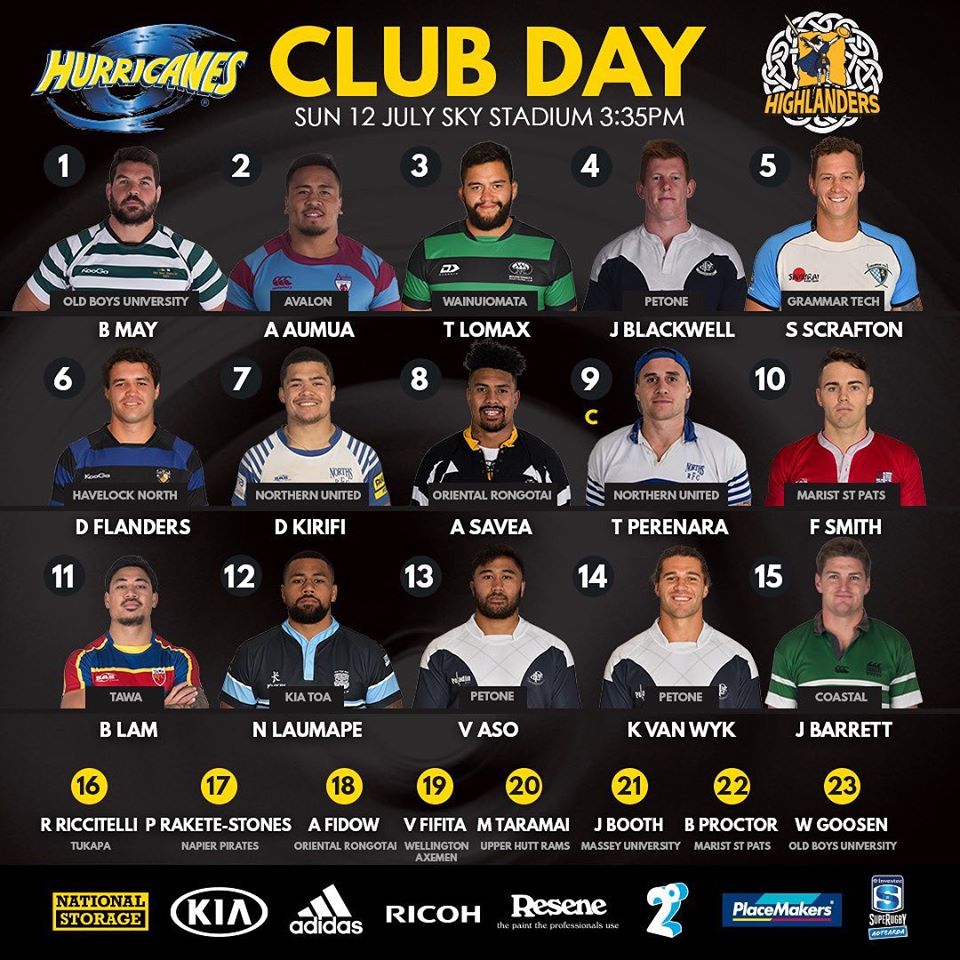 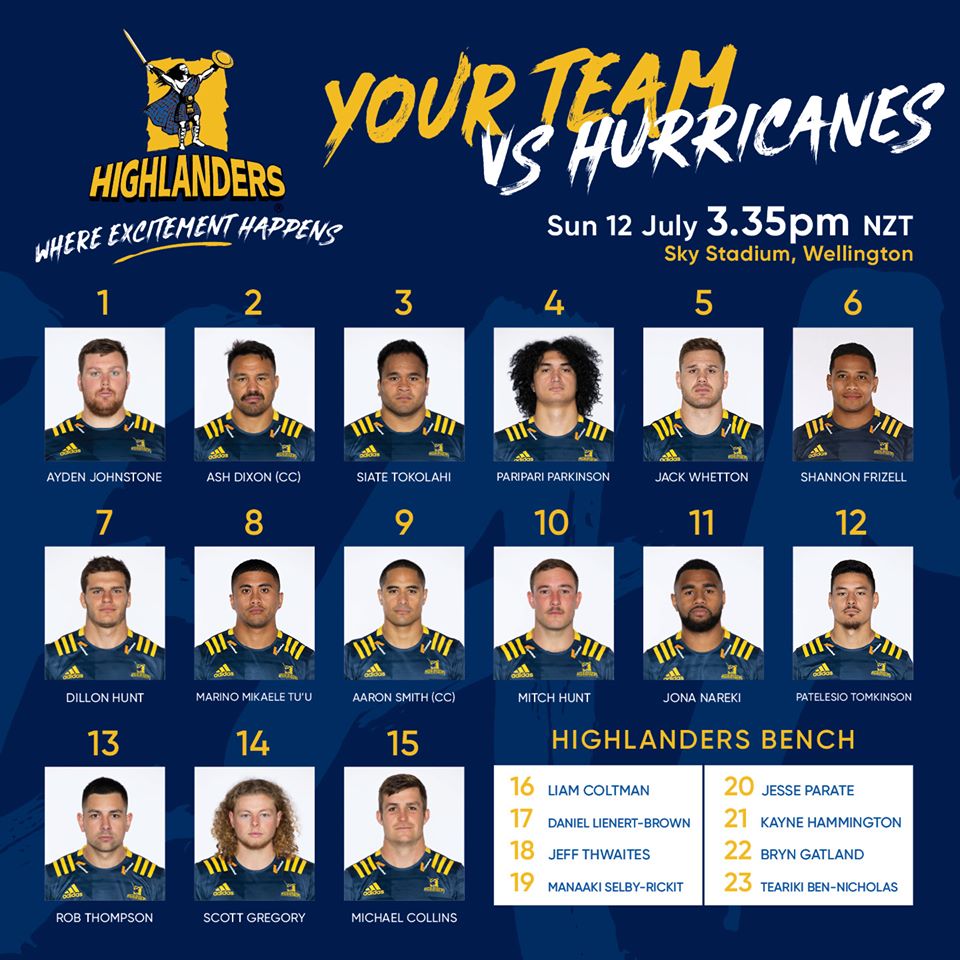 Blues have gone with not only dual pivots but triple pivots with Harry Plummer coming into the side at #12 so they have playmakers at 10-12-15. Never experiment against a team like the Crusaders. It will be great to see Will Jordan and Caleb Clarke on the same field, highlighting two future All Blacks.

The Chiefs made some terrible mistakes defensively against the Canes last week as they continued to play outside/in defense in the backline at terrible times and let the game get away from them. If the Highlanders can be clinical on defense and put together a full 80 mins, this will be a tight one. Backing the Southern Men.

It’s hard to pick against the Blues recently but I know Clay might pick them so it might be an opportunity to close the gap on him. Crusaders have won 90% of their last 10 home games, and on average by 17 points. This one will be closer but I am going to pick the home team. The Blues have been good at home but just 4 wins in the last 10 on the road. The Blues haven’t beaten the Crusaders in their last 10 meetings. Crusaders to win this one by 6 points.

Only one change for the Crusaders in the forwards with Tom Sanders replacing Ethan Blackadder at blindside flanker. A few changes in the backs Bryn Hall gets the start at #9. George Bridge and Sevu Reece start on the wings, Will Jordan comes in as a backline impact sub. The Blues are coming off a bye weekend. They've brought Harry Plummer (U20 player 2018) in at inside centre, Plummer usually plays #10. If the Blues lose this one it will be tough to catch the Crusaders with 6 games left. The Crusaders have been finishing strong and when you can bring a finisher like Will Jordan off the bench, it looks like more of the same this weekend. Going to be an epic match but can't bet against the Crusaders on current form.

Both teams have similar records 1 win and 2 losses but the Highlanders have a losing BP. The Hurricanes have a slightly better point differential. There's not much between the sides as they'll likely battle for the 3rd/4th spot in the competition. The Highlanders have rotated their front row starting assignments and one second row, there's one change in the backs with Scott Gregory getting the start on the wing. For the Hurricanes the big news is Dane Coles is not in the match 23, the starting hooker is Asafo Aumua (NZ U20 2016-2017), they've made 3 changes in the forwards. In the backs they've brought in Fletcher Smith (NZ U20 2015) at #10, he used to play for the Highlanders (2016-2018). The regular #10 Jackson Garden-Bachop is not listed in the match day 23, neither is starting #13 Peter Umaga-Jensen, he is being replaced by Vince Aso (NZ U20 2014-2015). The Hurricanes are testing their depth with several key starters not in the roster, still going with the home side on this one.

It's a tough ask for any team to face the Crusaders at home, especially for the Blues when you consider that the last time they beat the Cantabrians was in 2014. Both line ups have a few surprises.
- Crusaders have try scoring machine Will Jordan on the bench, being replaced by All Black David Havili
- Blues have Harry Plummer starting at inside centre over the ever impressive TJ Faiane
Looking like another big crowd for the Crusaders and the weather seems decent, 8-12 degrees celsius, low chance of rain and a slight breeze. The Aucklanders have three very well versed kickers in Black, Plummer and Barrett, maybe the Blues are planning to utilize a kicking game? Can’t bet against my boys in Blue, Blues to win in golden point scenario.

Hurricanes will be looking to build momentum from last weeks win over bottom of the table Chiefs. Highlanders were well taken care of by the Crusaders last week and will be looking to bounce back against the Hurricanes. Looking forward to seeing Marino Mikaele-Tu’u and Ardie Savea go head to head. Also been impressed with Shannon Frizell from the Highlanders and despite the yellow card Kirifi Du’Plesis for the Hurricanes stood out in last weeks win over the Chiefs. Bachop and Coles not named for Hurricanes both have been in form and playing well. Both teams are evenly matched and I think the difference maker again is Jordie Barrett and the Hurricanes bench.