The Crusaders, even though they had a bye, took a step closer to clinching the title as the Blues, their closest competitor, faltered on the weekend. Now the Crusaders are 5 points clear with a game in hand. The remaining teams have 3 games left so Crusaders only need 11 points from their 4 remaining games to clinch the title.

None of the pundits hit 2 for 2 this week with Clay and AaronT taking the biggest hit and AaronF getting the best result with a BP on the +2 Hurricanes prediction.

Laumape was the man of the match for the Hurricanes, the inside centre had some strong runs, including skinning Beauden Barrett for the first try. The match was tied 15-15 at halftime.

The Hurricanes scored first in the second half with a try by Dane Coles, it was soon tied up with a try by #8 Akira Ionane for the Blues. Blues went ahead for the first time in the match at the 63 minute mark but it was unconverted for a 27-22 lead. The Hurricanes scored in the last five minutes and Jordie Barrett hit a difficult conversion to give the Canes the win.

Next week the Hurricanes visit the Crusaders while the Blues host the Chiefs.

The Chiefs fans are not happy, reading the facebook comments on the loss gives a good idea of the mood around the team. A one way ticket for coach Warren Gatland back to Wales was suggested on more than one occassion by disappointed Chiefs fans. The team now sit at 0-5 with 3 chances left at a win and the trip to Auckland next week won't likely be one of them.

The Chiefs were ahead 24-0 at the 30 minute mark and 31-7 at at 45 minutes, then it all fell apart for them with Highlanders scoring 26 straight points for the win. Needless the say the pundits got the outcome of this game completely wrong, although it was looking good at at the 78 minute mark.

The Highlanders have a bye week to savour their sweet comeback before hosting the Blues in two week's time.

The Pundits records after Week 6.

We go into Week 6 of Super Rugby Aotearoa with the Crusaders topping the table and enjoying a bye week. If the Blues lose this weekend it could be a done deal in terms of who finishes top of the league. The Pundits are split on the Hurricanes v Blues match but are unanimous on the Chiefs v Highlanders result.

The Pundits records after Week 5. 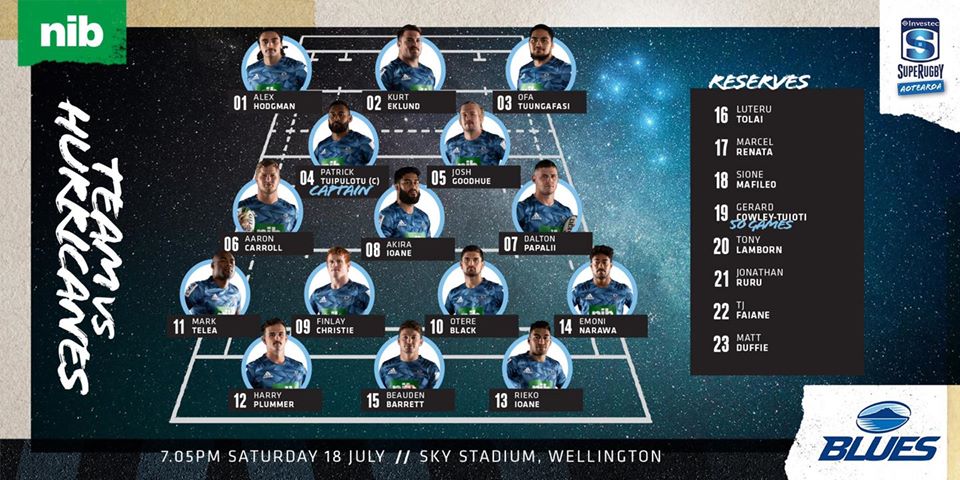 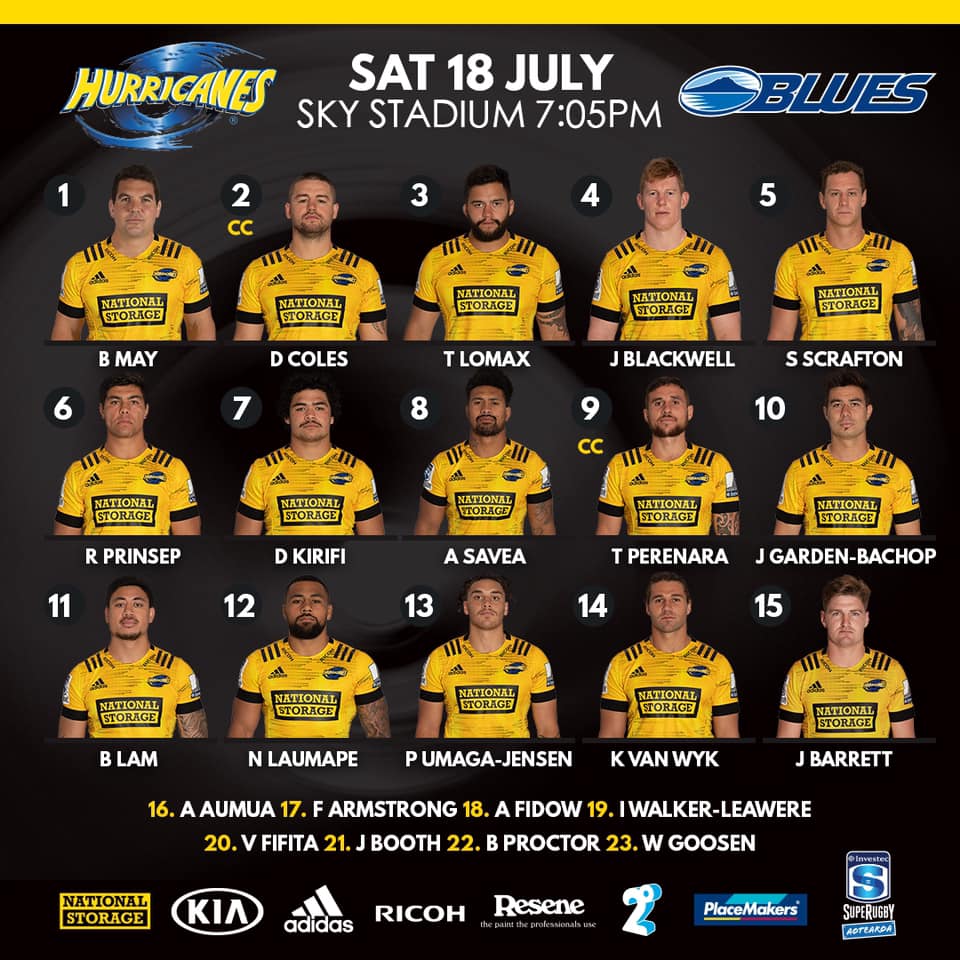 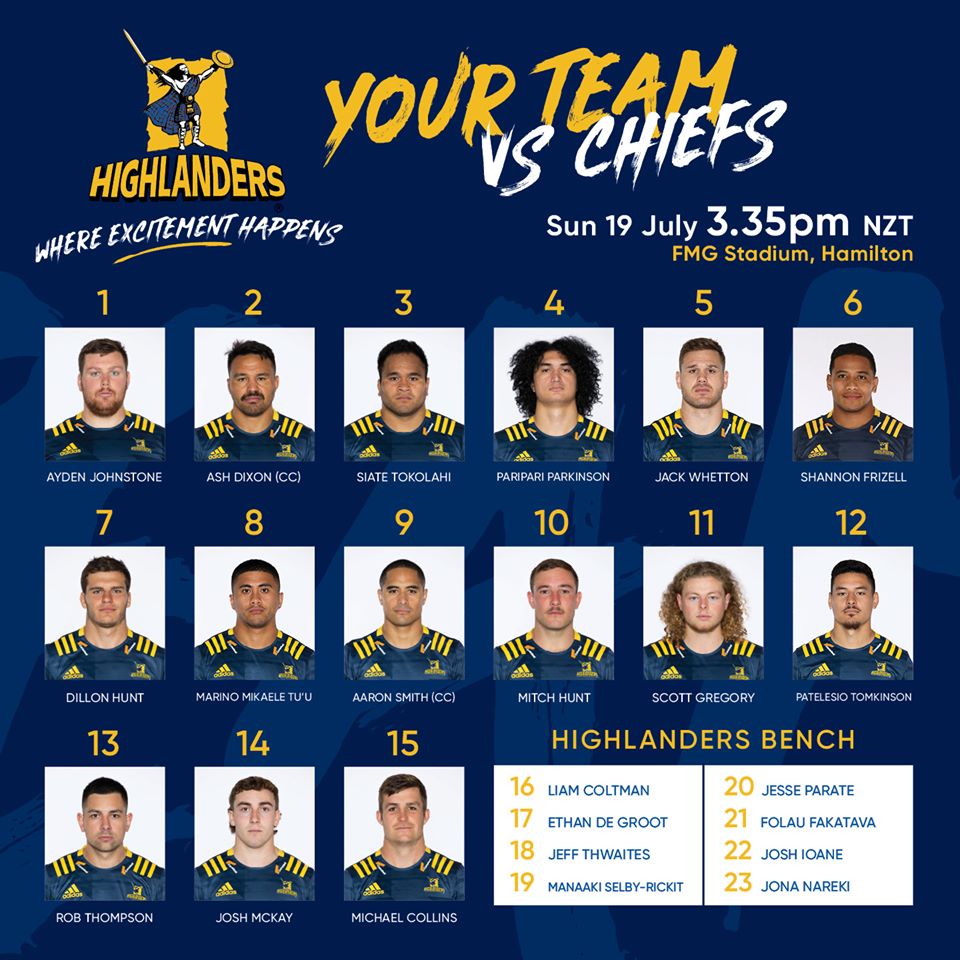 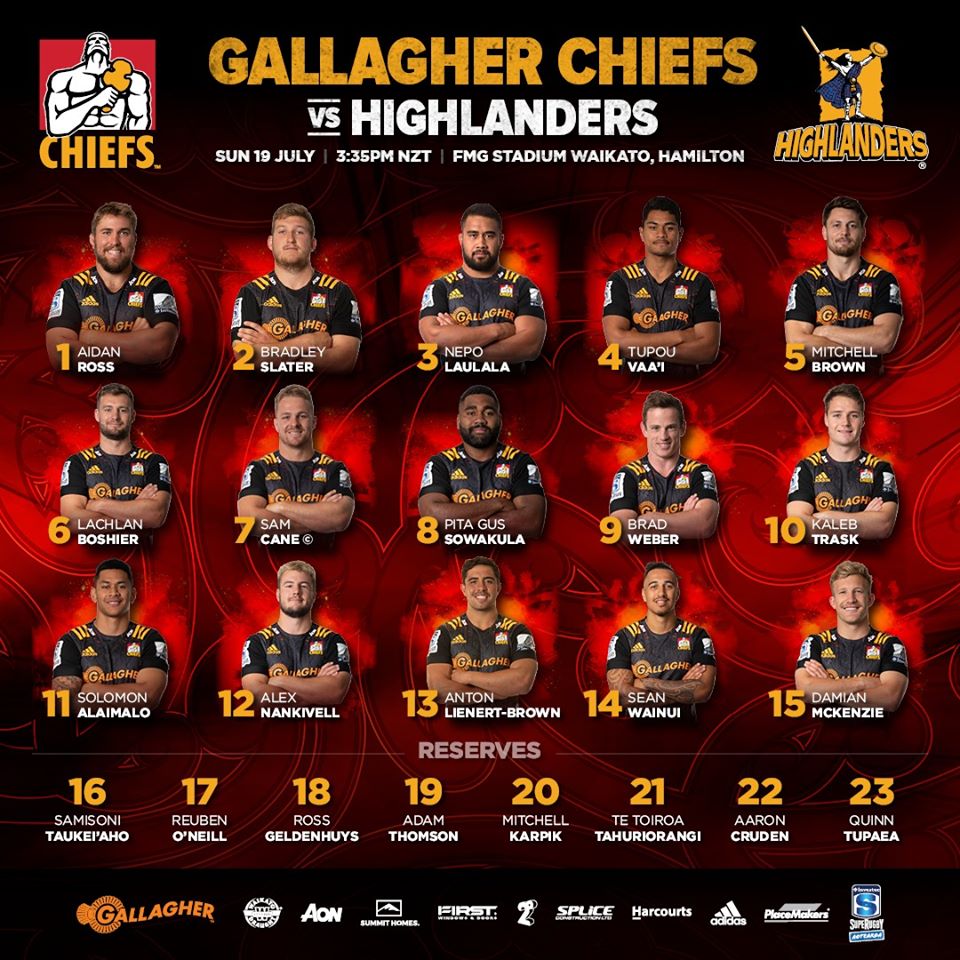 Brother vs Brother 2.0 and the return of Beauden to Wellington. Blues have been hit with the injury/unavailability bug with Sotutu out and also missing Caleb Clarke on the wing among others. The Hurricanes have not been setting the world on fire with their wins but they are finding a way to get it done. And with my picking record I need a few upsets so... up the Canes and Dirty Dane.

The Highlanders always seem to play the Chiefs tight, squeaking out a win last time with Gatlands kids boot but they seem to be running out of gas lately Lienart-Brown is back this week for the Chiefs which will help immensely and I feel like it's the Chiefs time to click, unleash that attack and justify Gatlands salary. I was born in the south, cheese roll in my mouth but I'm backing the northern team.

This one is going to be tough to predict. Lots of continuity and cohesion in both teams, although Canes bring back Garden-Bachop at 10 (side note: IMO Perenara was superb at 10 last week). Blues away from home haven’t had the best results but their first half performance last week showed they were in control and have the ability to control the game on the road. Just 40% win percentage on the road in their last 10 games for the Blues in comparison to 60% win percentage for the Hurricanes in their last 10 home games. The Blues have already beaten the Hurricanes once this year by 10 points at home in Auckland, although over the last 10 games between these two teams the Hurricanes have won an impressive 8 out of 10. The stats point to a home win but I am going to go with my gut and say the Blues to win by 1 point (Hurricanes 26 – Blues 27).

It's a battle of the Barrett's at fullback. Beauden Barrett has been on cruise control so far this season, he's got a lucrative contract in Japan lined up after Super Rugby Aotearoa finishes and maybe that's playing in the back of his mind. There's another level to his play but he hasn't engaged it yet, perhaps a shot of sibling rivalry this weekend will bring it out. There's also the question of whether he should be playing #10, a position for which he seems better suited. The Blues are missing two key starters, Hoskins Sotutu at #8 and Caleb Clarke on the wing. The Hurricanes on the other hand have a couple of key starters coming back into the lineup, Dane Coles at hooker and Garden-Bachop at #10. Perenara has been the best #9 in the competition so far and if he has another top performance it could be the difference. Looking for the upset here and a home team win.

Surely the Chiefs can't go winless this season when they have such a high profile coach as Gatland whose reputation must be taking a bit of a battering lately. The Highlanders are only 3 points ahead of them and a win this weekend would take the Chiefs out of the basement. Cruden has been demoted to the bench and Kaleb Trask gets the start at #10, positions 11 to 13 are changed from their last match and the return of Anton Lienart-Brown at outside centre is a big plus. The Highlanders field a similar team to last week with one change on the wing. Picking another home team victory.

Blues will be hungry after last weeks loss. Missing some big names Clarke and Sotutu. This is a good opportunity for the Blues to display their depth. They need to keep Otere Black on the field, not sure why they subbed him out at the 60 minute mark. Perenara has been playing out of his skin and the Hurricanes have put two solid wins together. I think the Blues will be too strong. Big win for the Blues.

Chiefs desperately need to give their fans something to cheer about. Dry track, home field advantage is what I’m betting on. Chiefs by 5.