The Crusaders were hit with their first loss this weekend but are still in the driver's seat. Blues in second have 17 points with only two games left, Hurricanes in third have 16 points with 2 games left. The Crusaders at 19 points have three games left so their magic number is 28 points to win the competition, that's 9 points from 3 games. They're still clear favourites.

The pundits all went 1-1 on the weekend and no one hit the BP, AaronT was the closest with a predicted +3 win for the Crusaders.

The first loss for the Crusaders and it adds a bit of excitement to the three remaining rounds as both the Blues and Hurricanes have a chance to catch the Crusaders if they stumble.

It was back and forth action for 80 minutes with the Hurricanes going into the shed at half time leading 21-17. At the three quarter mark the Hurricanes looked well in control leading 31-20, the Crusaders mounted a comeback however and were down by four with 10 to go. Jordie Barrett added another penalty to give the Hurricanes a 7 point buffer with less than 5 minutes left. Mo'unga and Reece teamed up at the 76 minute mark to get within 2, Mo'unga didn't make the sideline conversion however and the Hurricanes claimed the upset.

The Chiefs couldn't get their first win but they're getting better. Blues went up quickly 14-0 in the first quarter. They went into the half with the Blues leading 14-7.

Chiefs scored first in the second half to tie the match up and then went ahead on a penalty kick. Blues scored their 3rd converted try at the end of three quarters and then the teams battled it out for the final 20 with the Chiefs threatening to take the game at the whistle. The Blues defence held out however for the 4 point win which keeps them in the hunt for the title.

Next week the Blues visit the Highlanders and the Chiefs host the Crusaders.

The Pundits records after Week 7.

Week 7 of the 10 week competition gets going this weekend. The Crusaders are cruising along unbeaten and the Chiefs are looking for their first win. The pundits all agree on the outcomes so only BPs will change the prediction standings this week. Beauden Barrett finally gets his start at #10 with the Blues and many will be interested to see how he performs.

The Pundits records after Week 6. 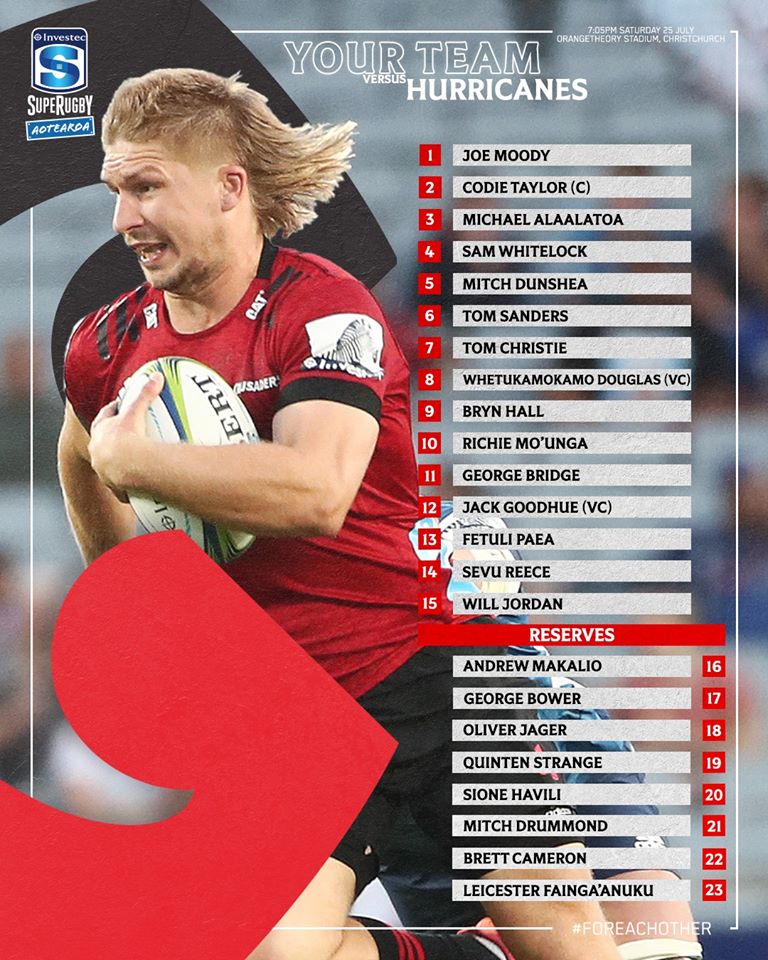 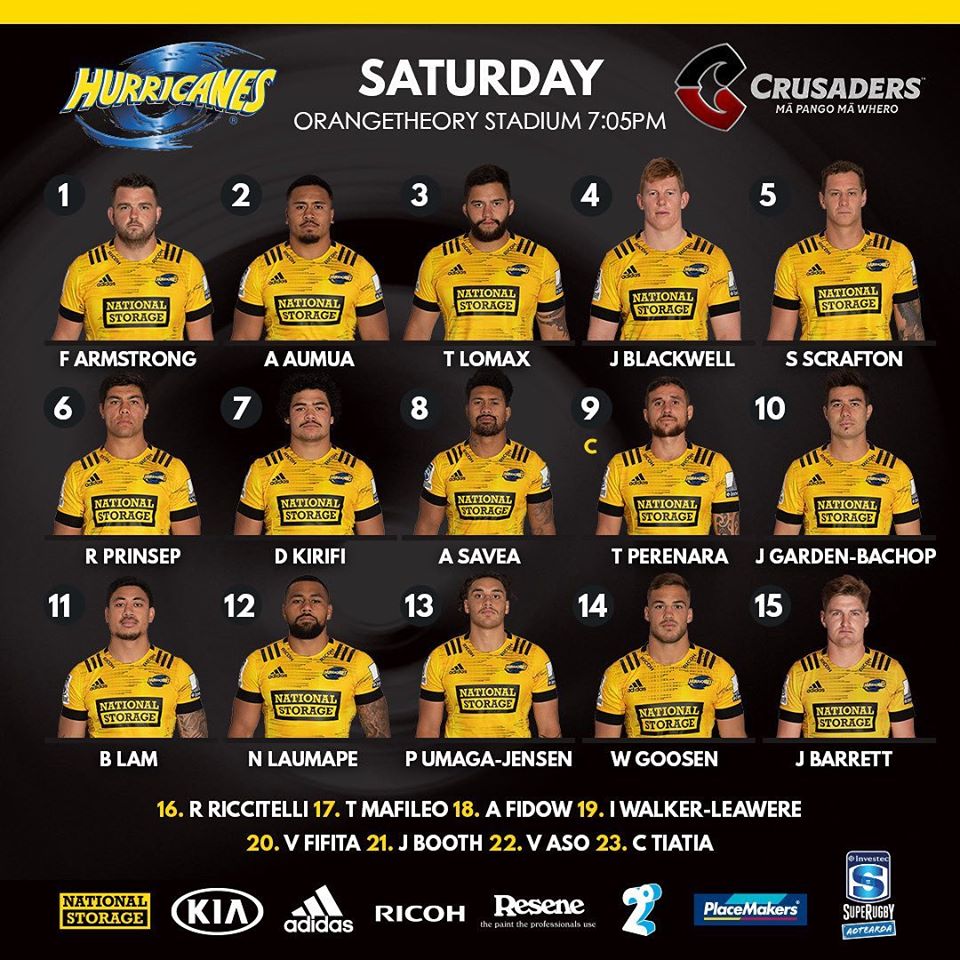 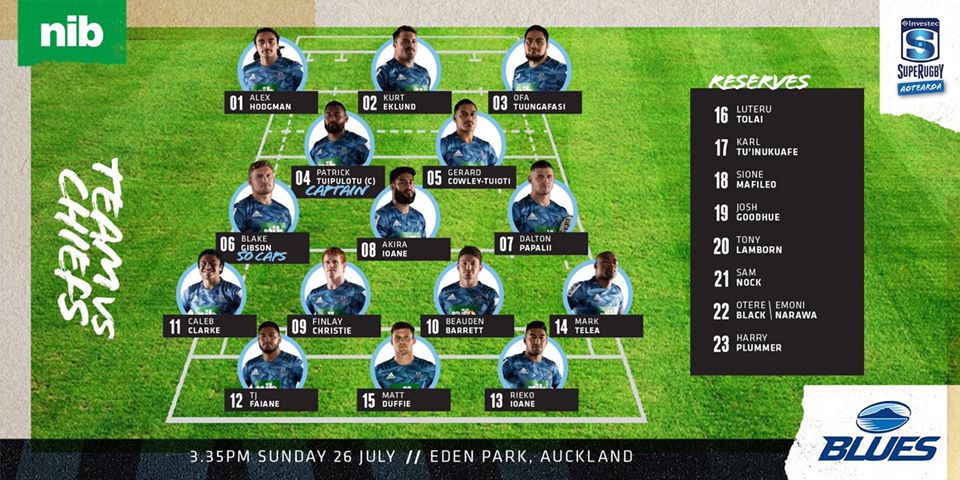 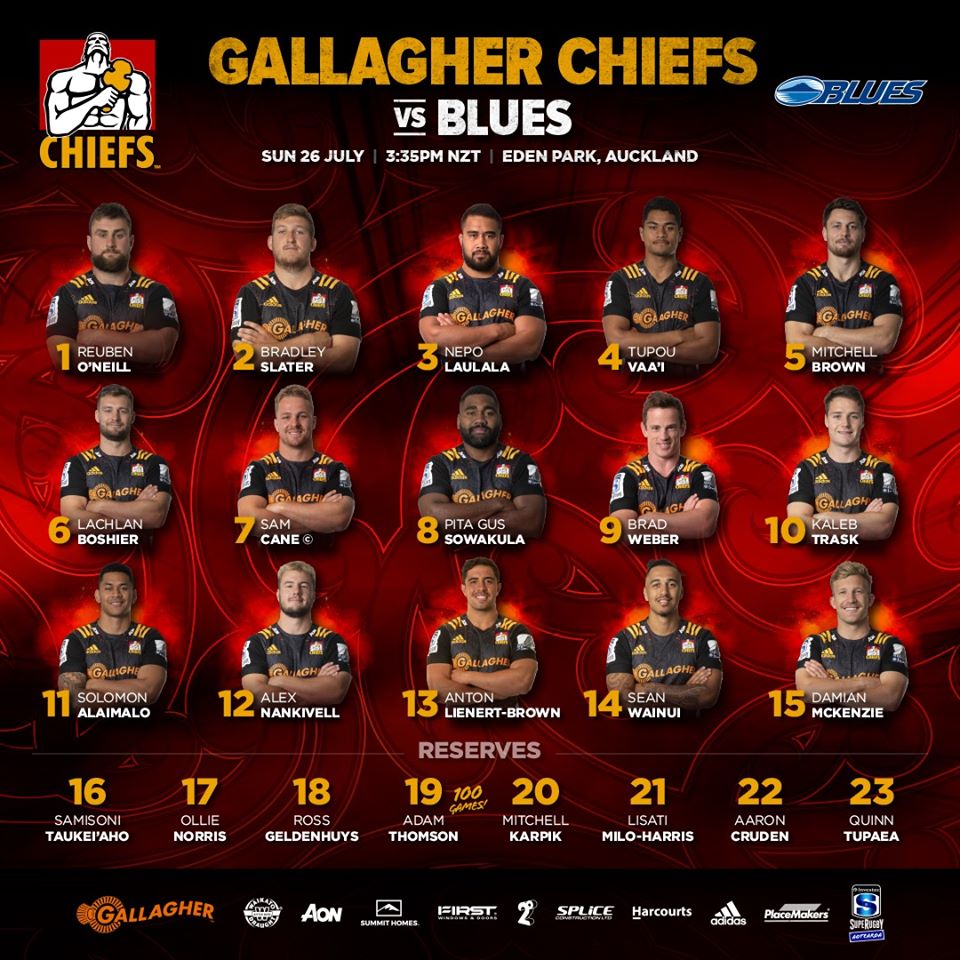 I'm hoping the NZ media keep offending Ngani Laumape and he continues playing angry but no one wants to play the Crusaders at home especially after a week of rest. Crusaders have lost their fullback vice captain David Havili for the season, what are they going to do?! Oh yeah, they have Will Jordan.

The Blues are doing something crazy this week! They are playing the best fly half in the world at... flyhalf! "It's a bold strategy, Cotton. I wonder if it will pay off"

Really hard to bet against the Crusaders at home, 90% win percentage in their last 10 home games. Last time these teams met the Crusaders managed to pull away at the end of the game but this one will be exciting. Crusaders have won 7 of the last 10 games between these two sides. Hurricanes managed to put together a good performance last week but I think this will be a third win at home for the Crusaders +7pts.

Gatland put on a brave face this week, but how much is last week going to effect the Chiefs confidence? Blues have looked good at home in Auckland and have won 6 out of their last 10 there. Chiefs haven’t won a game in the competition to date and I like it will continue this week. A couple of tweaks to the lineup for the Blues but I am sure they will have the cohesion bounce back from last weeks loss by a single kick. Last time the teams met the difference was 12 points, a little closer this week so I am going to go with the Blues +3pts due to the Blues being without their regular goal kicker so far in this competition

Crusaders 4-0 and top of the standings, Hurricanes 3-2 and battling the Blues for second place. The Crusaders depth being put to the test with the loss of David Havili but they can bring in a replacement the quality of Will Jordan. The loss of Braydon Ennor at outside centre is a concern and how well his replacement Fetuli Paea plays may be key in the outcome. The Hurricanes have the in form centre pairing of Laumape and Umaga-Jensen right now, how will Goodhue and Paea match up? The Hurricanes missing two starters in the front row from last week Dane Coles and Ben May also Van Wyk is missing from the wing. The Crusaders forwards are unchanged from their last match two weeks ago. Have to go with the champs at home, they have the best defence in the competition only allowing on average 18 points per match while scoring on average 30 points, sounds like a possible scoreline.

Chiefs are 0-5 and the big disappointment this season, the Blues are in second place with a 3-2 record. They'll be disappointed by that close loss to the Hurricanes last week and this home game will tell a lot about their character and resilience. The big news is that Beauden Barrett has finally been moved to #10 and Otere Black is on the bench. Matt Duffie takes over Barrett's fullback duties. A couple of changes in the forwards with Josh Goodhue on the bench and Gerard Cowley-Tuioti taking his place at second row. Blake Gibson gets the start at blindside with Aaron Carrol out of the roster. The on form Caleb Clarke returns to claim his place on the wing. For the Chiefs one change in the forwards with Reuben O'Neill getting the start at loosehead, no changes in the backs. The replacement back Quinn Tupaea got a lot of criticism for his late game defence against the Highlanders, he's been given a second chance wearing #23 and that will be another point to watch in the last 20 minutes. Going for two home game wins again this week, Blues have been scoring 25 per match on average and giving up 22, not a lot in it. They've failed to get a winning BP yet but looking for improvement with Barrett at #10 by giving them another 10 on the spread.

Crusaders are on fire and teams are looking to upset from here on out. Crusaders are just too strong and should cruise by the Canes.

I’ve had a rough couple of weeks! My loyalty to the Blues has once again proven costly. Hoskins Sotutu being out hurts us immensely but with Beauden at 10 and Clarke back from injury... I’m backing Blue!