The Crusaders and Blues both claimed bonus point wins but with only two weeks left, the Blues are running out of time for a late run at the title. The Crusaders just have to win at home next week against the Highlanders to wrap it up, if they lose then it comes down to the final Blues v Crusaders match.

Most of the pundits went 2-0 backing the favourites, AaronF saw his underdog strategy fail to pay dividends and drops to the bottom of the ladder.

The Crusaders ability to turn it up a notch at key times sets them apart from the other teams in the competition. They scored just before half, and then crossed the line twice within 10 minutes in the second half to turn a 12-10 match at 39 minutes into a 32-19 final score.

The Crusaders just need to beat the Highlanders at home next week to clinch the competition. The Chiefs have one more chance to claim a win when they visit the Hurricanes next weekend.

Beauden Barrett showed why he's still considered the front runner for the All Blacks #10 selection with a masterful display. Also Caleb Clarke continues to impress on the outside. The Blues went up two tries in a little over 10 minutes and the Highlanders were playing catchup the rest of the match. The Highlanders did scrap back but went into the break down 24-16.

The second half had less scoring with each team crossing the line once, the Blues showing some committed defence which earned them the win. The Blues have a bye next week and will watch the Crusaders v Highlanders match with interest, hoping for an upset.

The Pundits records after Week 8.

Week 8 of the 10 week competition gets going this weekend. There's still 3 teams in the race with the Blues and Hurricanes in with a chance to catch the Crusaders if they stumble. A win by the Crusaders or a loss by the Blues will tip the scales a little more in favour of the Crusaders taking the title.

Among the Pundits, AaronF has gone all in with the upsets calling for the Chiefs and Highlanders to win, everyone else has gone cautiously with the favourites, Crusaders and Blues.

The Pundits records after Week 7. 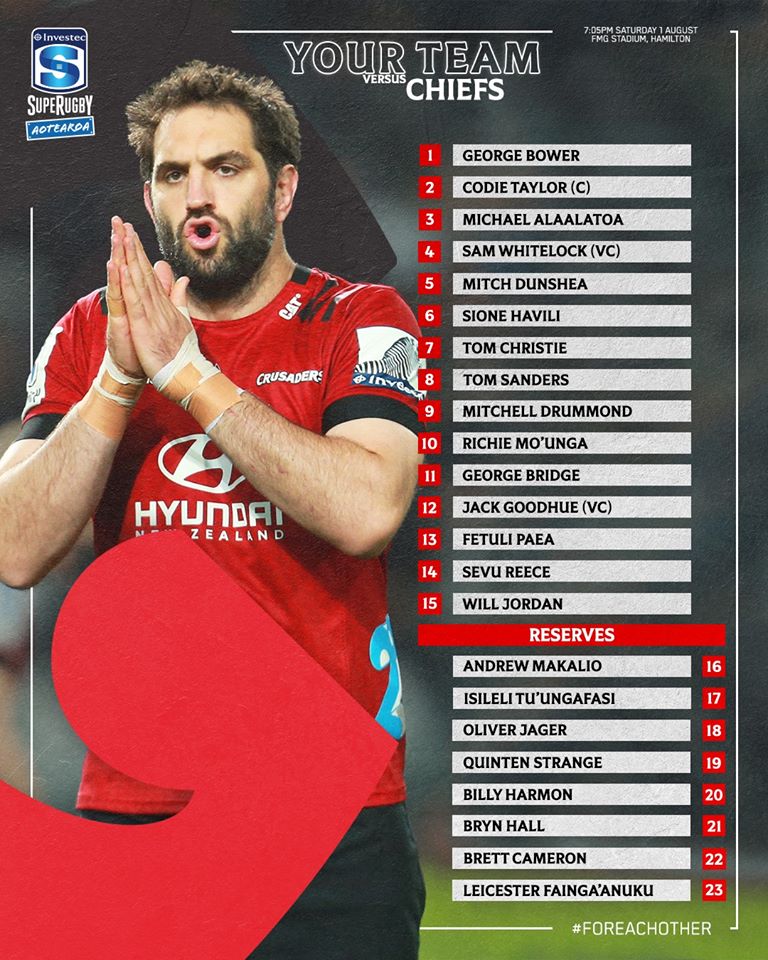 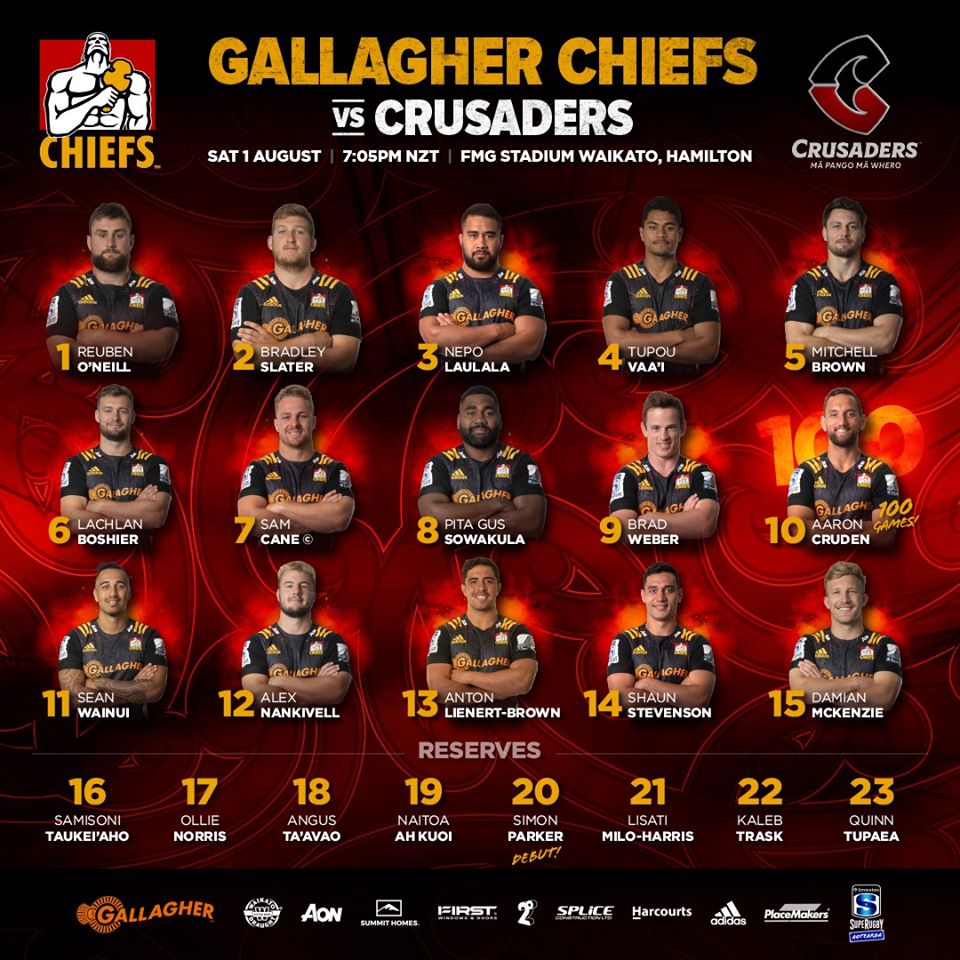 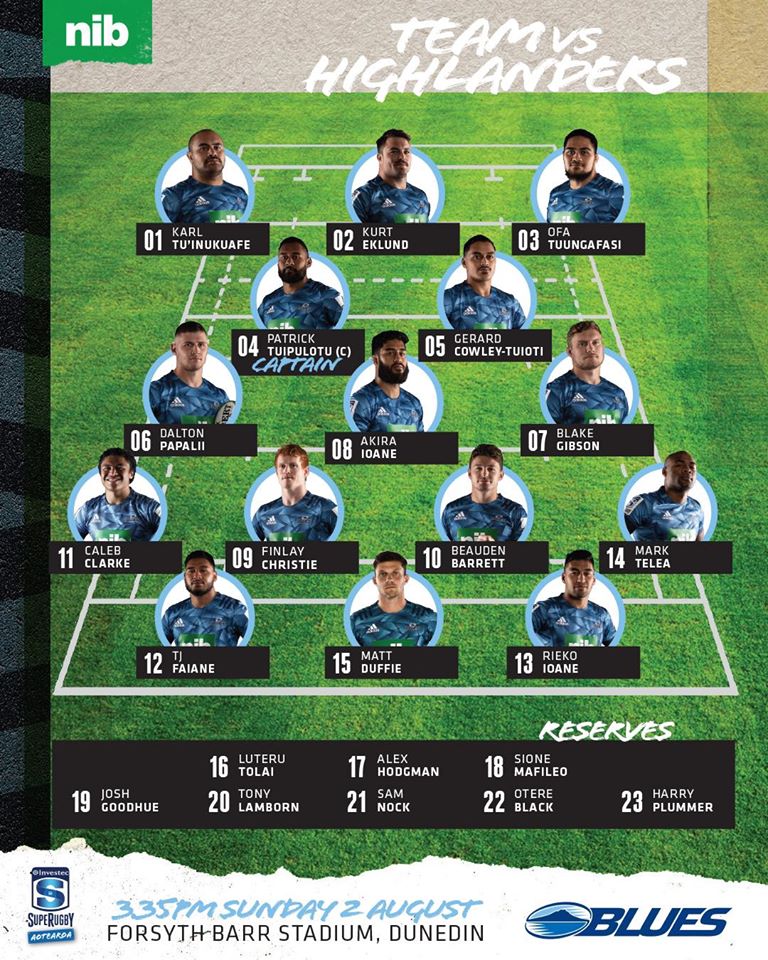 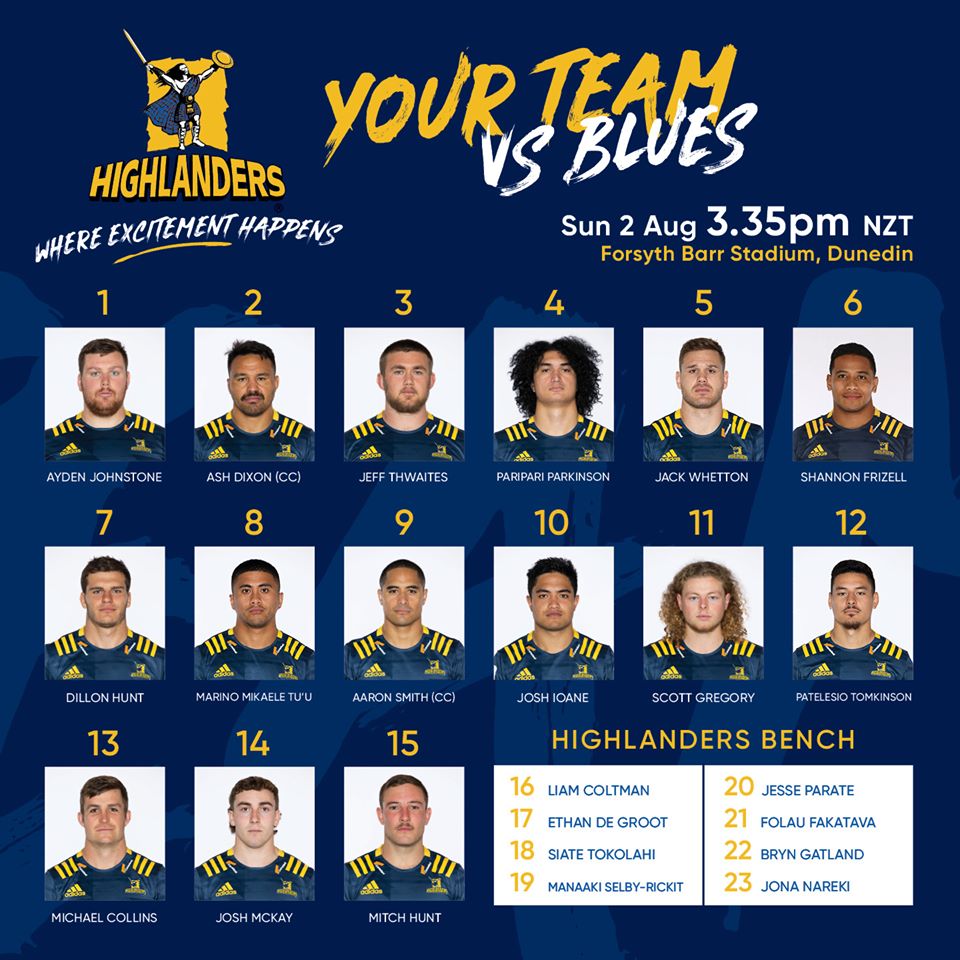 Chiefs have been so close time and time again and the Crusaders are no longer undefeatable. The Chiefs are desperate for a win and the passion they showed last week is going to get them across the finish line in this one.

Can the Chiefs go another week without a win? Can the bottom team create an upset? It wouldn’t be the first time the underdog has won in this tournament but it might be the biggest upset given current form. Normally this would be an easy pick on form, but something tells me it wont be so easy. They are at home and desperate for a win, a place where they have only won 4 out of their last 10. Crusaders have won 7 out of 10 on the road. Got to go with the gut on this one and say a win for the away team by 5.

Most people expect this to be a close game. With the game in Dunedin under the roof I think the Blues style of play might be the difference in the result. The Blues haven’t won for a while away to the Highlanders. Recent home form for the Highlanders hasn’t been great, just 4 out of 10 but the Blues show the exact same stats for their last 10 away games. The last game was close and high scoring with the Blues winning by just 3 points. Blues go with consistency in selection and have the benefit of Black coming off the bench, perhaps his goal kicking in the last 20 mins will be the difference again? Highlanders have gone with a young outside half this week and moved Hunt to fullback, a tough ask for Ioane to match up against Barrett. Blues to win this one by 2 points.

The first place team vs the last place team, usually this would be a no brainer but the Chiefs have been getting better, it's their last home game and they have to save face and what better way than to knock off the champs. The Crusaders picked up their first loss last week, they didn't look as hungry as their opponent and there's the danger that complacency will follow them into this match as well. Joe Moody has been given a rest and George Bower gets the start at loosehead for the Crusaders. Tom Sanders has been moved from blindside to #8 and Whetukamokamo Douglas has been given the day off. Sione Havili comes off the bench to start at blindside. Mitch Drummond starts ahead of Bryn Hall at halfback and the rest of the backline remains the same. For the Chiefs their forward pack remains the same after a strong performance against the Blues, Aaron Cruden starts at #10 and Shaun Stevenson gets the start on the wing. Chiefs have 5 losing BPs in 6 games so they've been in almost every match until the end. If the Crusaders don't come out at full intensity it could be the home team's night but I can't bet against the champs going two losses in a row.

The Blues in second place need to win and hope the Crusaders stumble. They've changed out their starting loosehead with Tu'inukuafe getting the start, the rest of the forwards remain the same with Gibson and Papalii switching blindside and openside rolls. The backline remains the same. The Highlanders are coming off a bye and teams coming off a bye are 2-4 so it doesn't seem to do them any favours. The Highlanders lost their Week 3 match to the Blues after coming off a bye. The Highlanders have made a few changes from 2 weeks ago, at tighthead they're starting Jeff Thwaites, otherwise the forward pack remains the same. The big change is at #10 with Josh Ioane replacing Mitch Hunt, Hunt moves to fullback and Michael Collins moves to outside centre. Warren Gatland's son gets a spot on the bench again. Last time Blues squeaked out a 3 point win at home, could be a lot tougher on the road.

Picking the Crusaders to top the Chiefs despite it being Aaron Crudens 100th game for the Chiefs. Crusaders are going to be hungry for the win after last weeks loss.

Backing the Blues. Should be a very even and entertaining game. Highlanders will be tough to beat at home but I think the Blues are capable.