There were at least 8 Canadian women in action in the English Premier. Four players on the Exeter Chiefs including Emily Tuttosi who scored a try in Exeter's first win of the season. Sophie de Goede came off the bench for Saracens in their win. Paige Farries had her debut for Worcester and two more Canadians suited up for Loughborough (Holtkamp, Svoboda) in their loss to Harlequins.

Exeter Chiefs registered their first victory in the Allianz Premier 15s with a win against Worcester Warriors at Sandy Park. It was the visitors who registered the first points though, with Vicky Foxwell taking an intercept on the halfway line and sprinting clear to score with 16 minutes on the clock, and then converting her own try. But the Chiefs responded immediately through Lottie Holland, who hit the ball at pace out wide and crossed the whitewash after some good work from the pack. Warriors and England wing Lydia Thompson was forced off through injury on 34 minutes with the scores level at 7-7, and moments later Emily Tuttosi powered over from a driving maul to put Exeter 12-7 up just before the break. Two minutes into the second half, Spain international Laura Delgado scored on her first start for the club, with Gabby Cantorna adding the extras to put Exeter into a 19-7 lead. Exeter dominated in the second half as they went in search of the bonus point, but despite not being able to secure the full five points, it was a day to remember for Susie Appleby’s side.

Loughborough Lightning hosted Harlequins in front of the cameras, with both sides looking to extend their 100% record in the league so far. The Quins pack stamped their authority on the game from the outset, with Shaunagh Brown and Amy Cokayne powering over early on. Lightning responded after a slick run from Helena Rowland freed up Rhona Lloyd, who flew over in the corner, but the Quins juggernaut was proving too powerful to stop. Brown scored a second with a sniping try from the 22, before Fiona Fletcher muscled her way over to secure the bonus-point on 38 minutes. Cokayne then extended her tally from a rolling maul, but Lightning struck back on the hour mark, as Rhona Lloyd went over for her second, and then again through Emily Scarratt. With the clock in the red and the hosts on the hunt for a four-try bonus point, Lightning worked the ball out wide to Abbie Brown, who offloaded to Scarratt and the Women’s Six Nations Player of the Tournament sprinted over to secure a bonus point for the hosts.

Alex Austerberry’s Saracens side made it four wins from four with a ruthless performance at Gloucester-Hartpury. The hosts got off to a strong start as Millie Wood went over in the corner early on and kept Saracens at bay until the 22nd minute. But an impressive 12-minute spell saw the Women in Black answer with tries from May Campbell, Eloise Hayward (on her first start of the season), captain Lottie Clapp, as well as a penalty try, to lead 5-24 at the break. Georgia Evans scored for Saracens soon after the re-start, and May Campbell capped an impressive display with two more scores to register her hat-trick, as Saracens continued their points-perfect start to the season.

Bristol Bears bounced back from last week’s defeat against Wasps with a big win against Sale Sharks at the Corpacq Stadium. Phoebe Murray crashed over early on to open the Bears’ account, but Sharks and England fly half Katy Daley-Mclean responded almost immediately with three points from the boot. Kayleigh Powell’s slick try from her own chip and chase extended the visitors’ lead and Alicia Butchers made it three shortly after. Daley-Mclean then narrowed the gap with a penalty just before half time to make it 6-19 at the break. A rampant start to the second half saw Clara Nielson cross twice and Jasmine Joyce also get on the score sheet, as the Bears brought up 40 points with 25 minutes to go. But the hosts rallied with tries from Lisa Neumann and Gwen Pyrs, as Sale Sharks ended round four on a high but continue their hunt for a first win in the Allianz Premier 15s.

Wasps welcomed DMP Durham Sharks to Twyford Avenue looking to build on a big win at Bristol Bears last weekend, and they did just that. Ellie Boatman opened the scoring after just five minutes when she worked her way through the Sharks’ defence to dot down in the corner. That was followed by Claudia Macdonald, who scored after some good work from Carys Williams, and then two minutes later by Abby Dow. Sadia Kabeya secured the bonus point from a maul after 21 minutes, then Elizabeth Crake intercepted a loose ball to score another and Wasps were flying. Dow and Macdonald scored their second tries on 31 and 33 minutes respectively, before Boatman scored two more in quick succession to bag her first-half hat-trick. After the break, an early penalty try took the score to 64-0, and then Ciara Cooney went over for a try on her Wasps debut. Katie Mason darted over in the corner on 51 minutes, and Macdonald scored her hat-trick six minutes later. Wasps continued to apply the pressure in the final stages of the game, with tries from Kanyinsola Adefemiwa-Afilaka, Dow and a fourth from Macdonald. 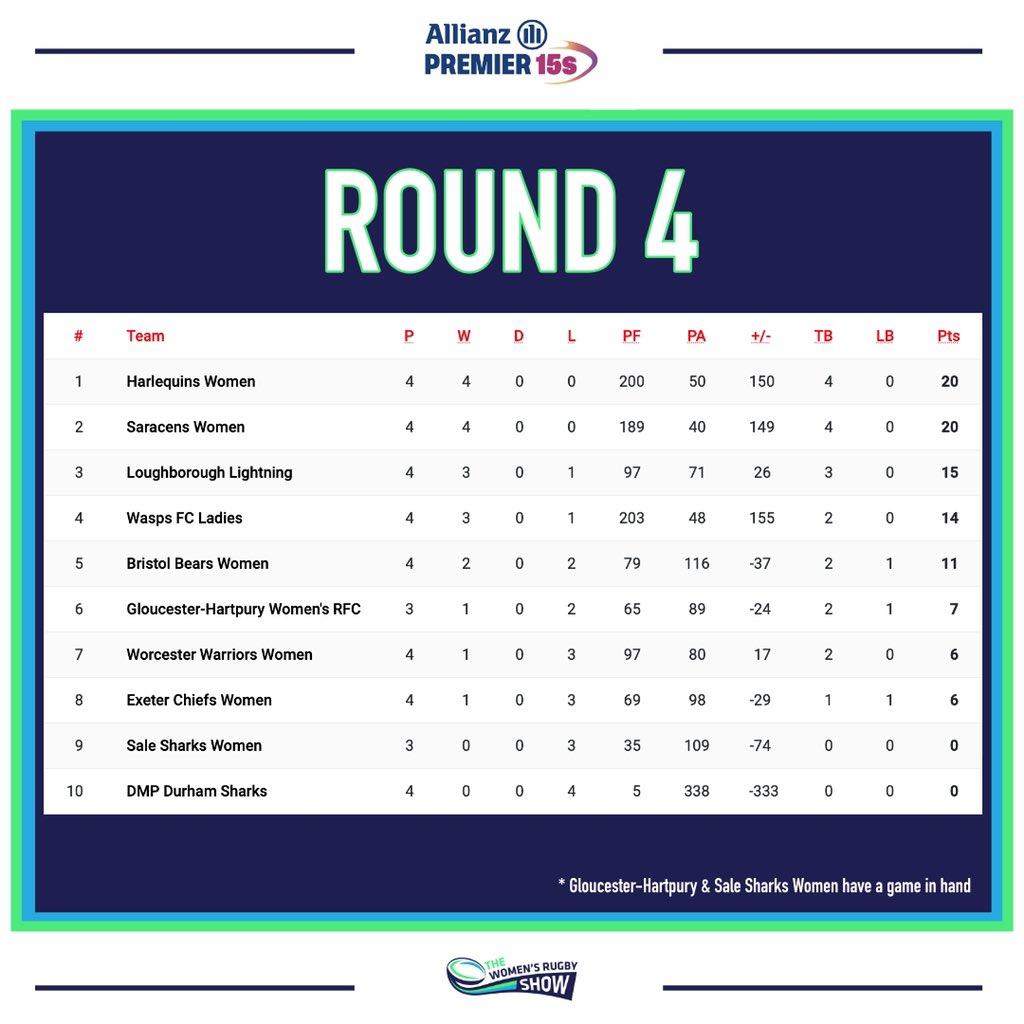