It was touch and go whether the Six Nations would launch amid COVID but apparently a last minute decision by the French Sport Minister to relax the quarantine restrictions for the tournament allowed it to proceed.

The tournament kicks off this weekend with Italy hosting France and England hosting Scotland on Saturday, then Wales hosting Ireland on Sunday.

The local online betting service, BC Lottery's Play Now has the following odds. England is the clear favourite at 2.20 with France second at 3.25. At the other end of the spectrum, you can get a $501 payout on a dollar if you back Italy to win the tournament. 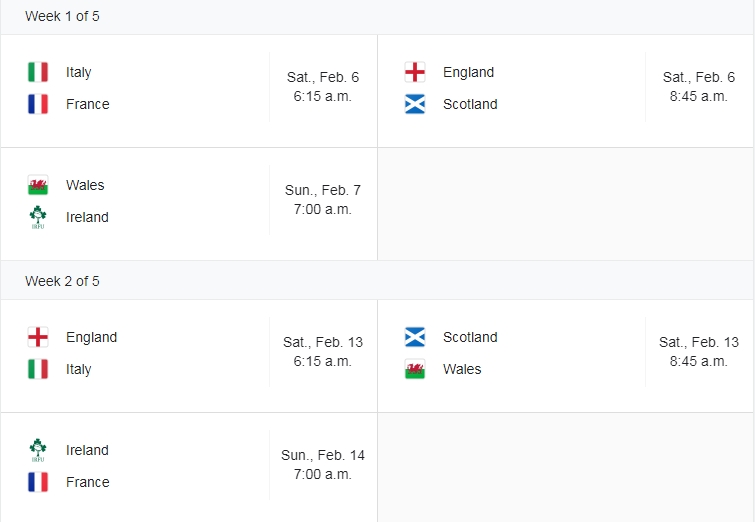 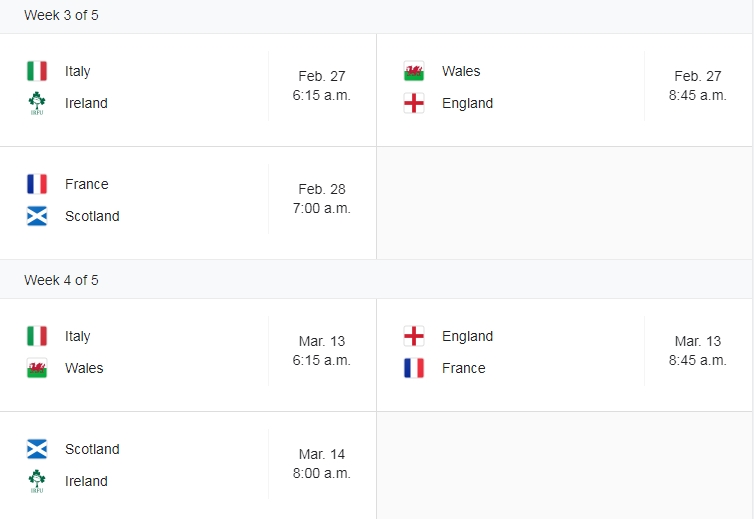 The 2021 Six Nations will go ahead as planned after France's sports minister said quarantine restrictions would be eased for the tournament.

Organisers were awaiting confirmation from the French government that UK teams travelling to France, or the French team re-entering, would be exempt from a seven-day quarantine period.

Roxana Maracineanu said matches would go ahead at the "scheduled date, in a bio-secure bubble, like the Tour de France".

France begin their campaign against Italy in Rome on Saturday (14:15 GMT).

Les Bleus will also play away in Ireland and England, while Scotland and Wales will visit the Stade de France.

"It was a decision everyone in rugby was awaiting," Maracineanu told French television.

"The FFR [French rugby union federation] submitted to us a rigorous, strict protocol, which was then submitted to the health authorities.

"The decision has been taken within government to ensure that the Six Nations championship is held on the scheduled date, starting February 6, with a bio-secure bubble, as was the case with the Tour de France."

Maracineanu added that visiting players would be excluded from periods of quarantine "since they will be tested every three days and remain in a closed bubble".

The Six Nations say they welcome the French government's decision and continue the preparations for the Championship.