MLR 2021 - Week One Wrapup: LA Looking Strong Out of the Blocks

First off, kudos to the league and RugbyPass for getting all the games available online. You can see all six replays at therugbynetwork.com

It wasn't always pretty but getting the league off the ground during the restrictions of COVID is pretty amazing, so we're going to cut a lot of slack here to begin with and see how it grows as it goes.

As we mentioned in an earlier article, there were 35 Canadians in action with 24 getting the start for their teams. That works out to 12.68% of the players and 13.33% of the starters. Toronto accounted for 10 (42%) of the 24 Canadian starters with 14 (58%) getting the start on 10 other teams. Only Houston was without Canadian representation.

LA looked sharp on Week 1 and ran up the biggest scoreline, 42-27 over New England. The addition of international XVs stars like Matt Giteau, Adam Ashley-Cooper and DTH made sure the backline cruised along like a high performance machine. DTH was our Canadian Player of the Week, scoring two tries and setting up a third with a powerful run down the wing. Highlights of the three tries are in the video below.

Even though LA shone, their neighbours to the south, San Diego, had a rougher start to the season. San Diego are playing out of Las Vegas in a temporary stadium and things, like the blustery wind on the day, didn't go according to plan. The live stream production was below par, not unexpected in a temporary stadium, and hopefully it will improve as the season progresses. Their high profile star, Cecil Afrika, didn't have the impact expected. He was playing fullback but he hasn't played XVs rugby on a consistent basis since 2009. He has 318 7s appearances for the South African national team since 2009 but, as Saturday's match shows, it may take him a while to adapt back to the XVs game. San Diego lost to New York 36-29 in their home opener.

Toronto played flatmates Atlanta in their first match, Toronto are playing out of Atlanta during the COVID restrictions. It was a scrappy match with Matt Heaton's team taking the win, 21-14.

Two time MLR champions, Seattle Seawolves, didn't look convincing in their loss to Houston 30-24. A lot of handling errors marked their return to the field. They're missing two key Canadians from their championship teams of 2018 and 2019, Brock Staller and Phil Mack.

Utah squeezed by Austin 30-28, Moe Abdelmonem received kudos from his Austin team for his efforts on Saturday, being given the Performance of the Night honours.

Some matchups in Week 2 to watch for. Can LA continue their top of the pack performance when they host two time champs, Seattle. Will Seattle be able to reduce the errors and how will the twin pillars of Justice Sears-Duru and Jake Ilnicki do against the LA scrum. That match is on Sunday at 5:30pm PT.

Two teams chasing their first win will also match up on Sunday (5pm PT) when San Diego visit Austin. We'll see if Cecil Afrika gets more involved from fullback or whether coaches will try him at another position. We'll also see how young Josh Thiel handles his second match in San Diego colours. 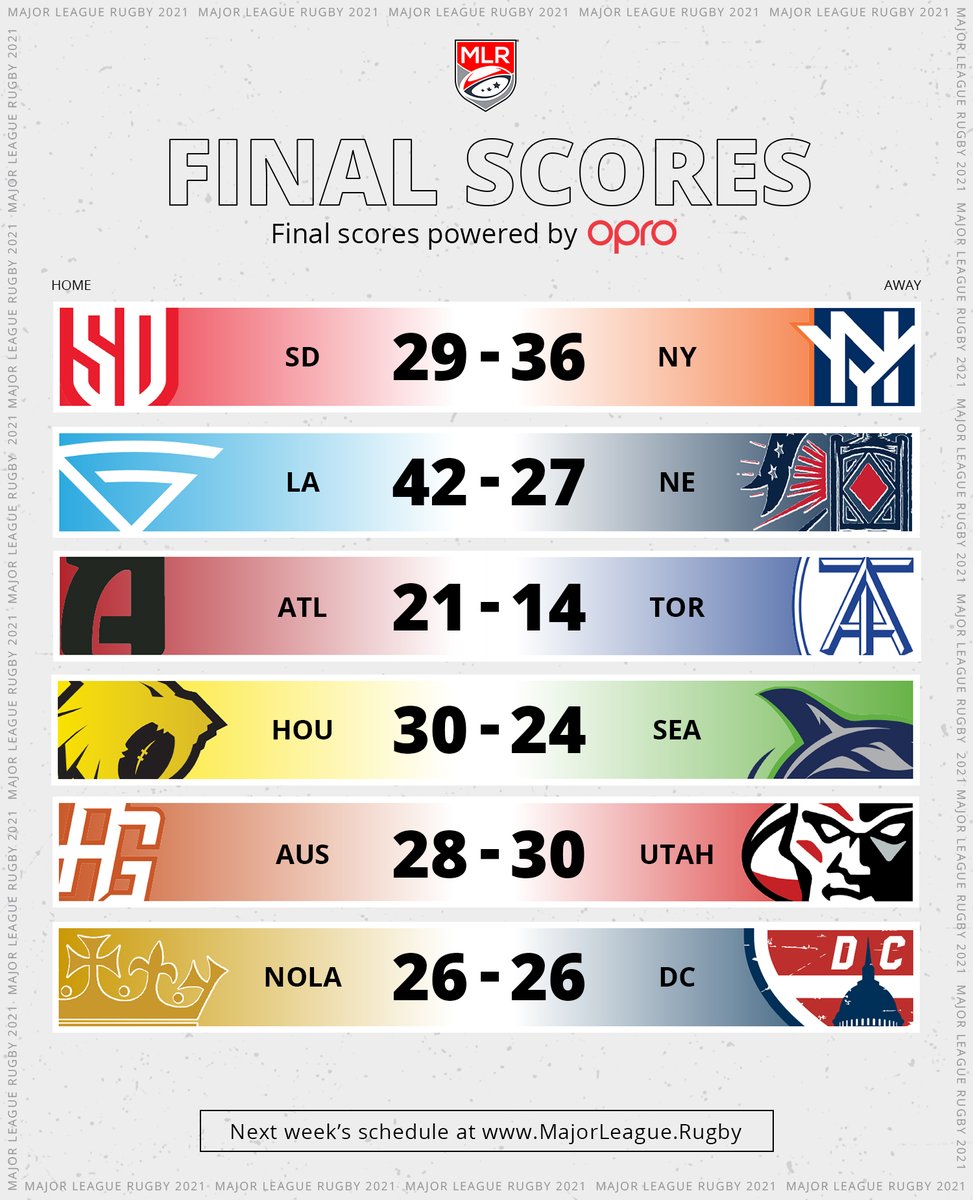 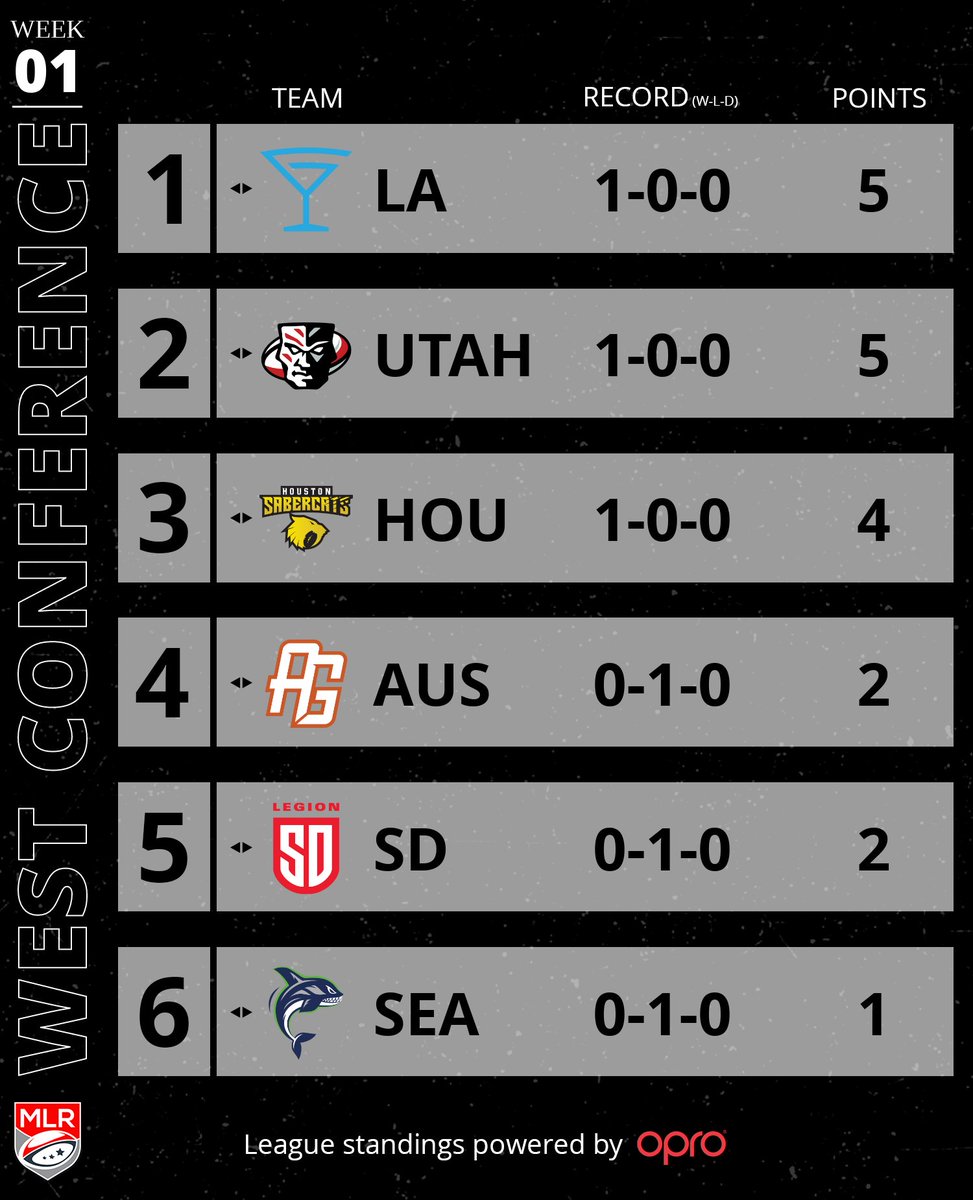 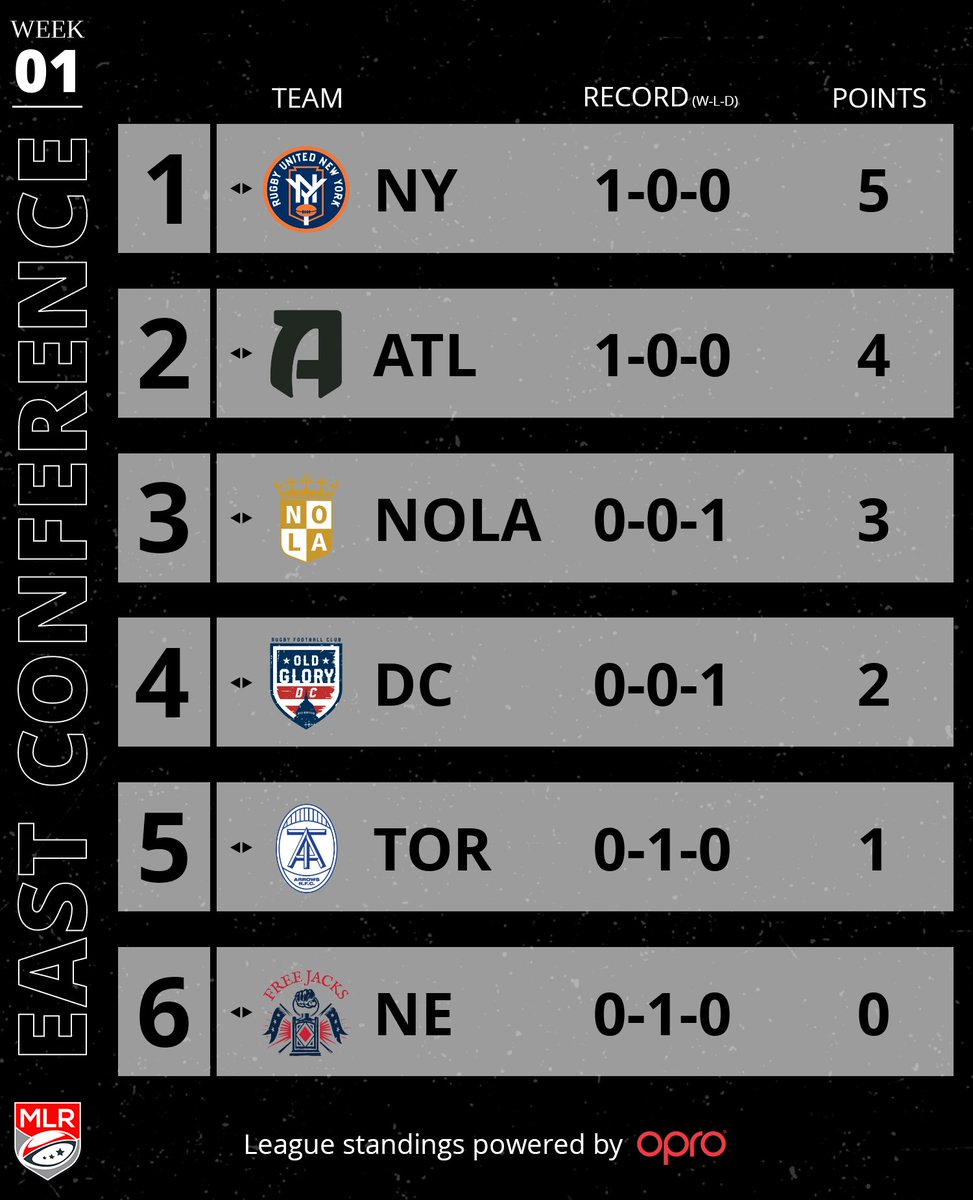