There are four games on Saturday and three of them will be streamed live without cost on therugbynetwork.com. The only match Canadian viewers won't be able to watch on the The Rugby Network is the Toronto Arrows @ Utah match which requires a TSN subscription to watch it online on tsn.ca.

First match, up at 1pm PT, will feature Quinn Ngawati and the New York team going up against Kyle Baillie and Eric Howard for NOLA. Next at 2pm PT is Matt Heaton and Conor Keys for Atlanta visiting Old Glory DC. It's Conor Keys first start this year. The Old Glory DC roster hasn't been released at the time of writing but we expect Doug Fraser and Ciaran Hearn [Update: Ciaran Hearn is not on the roster] to get the start there, last week Luke Campbell was on the bench.

At 5pm PT Josh Larsen will lead the New England team as they visit Houston. The SaberCats have two Canadians on the bench, the newly signed Lucas Albornoz and Rob Povey. The day ends with the Toronto Arrows visiting Utah. Toronto have 9 Canadians in the starting lineup and Utah have UBC's Fraser Hurst on the bench. 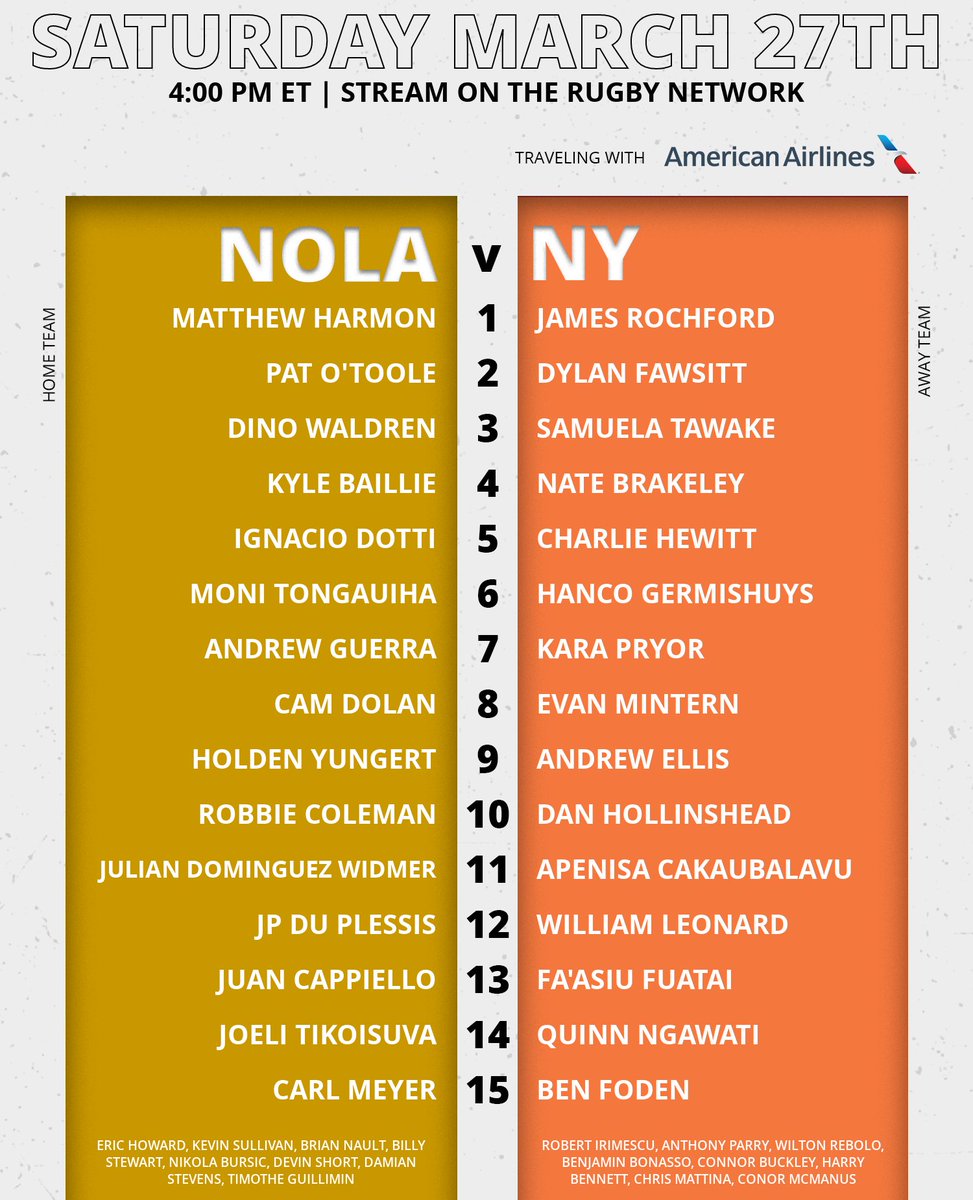 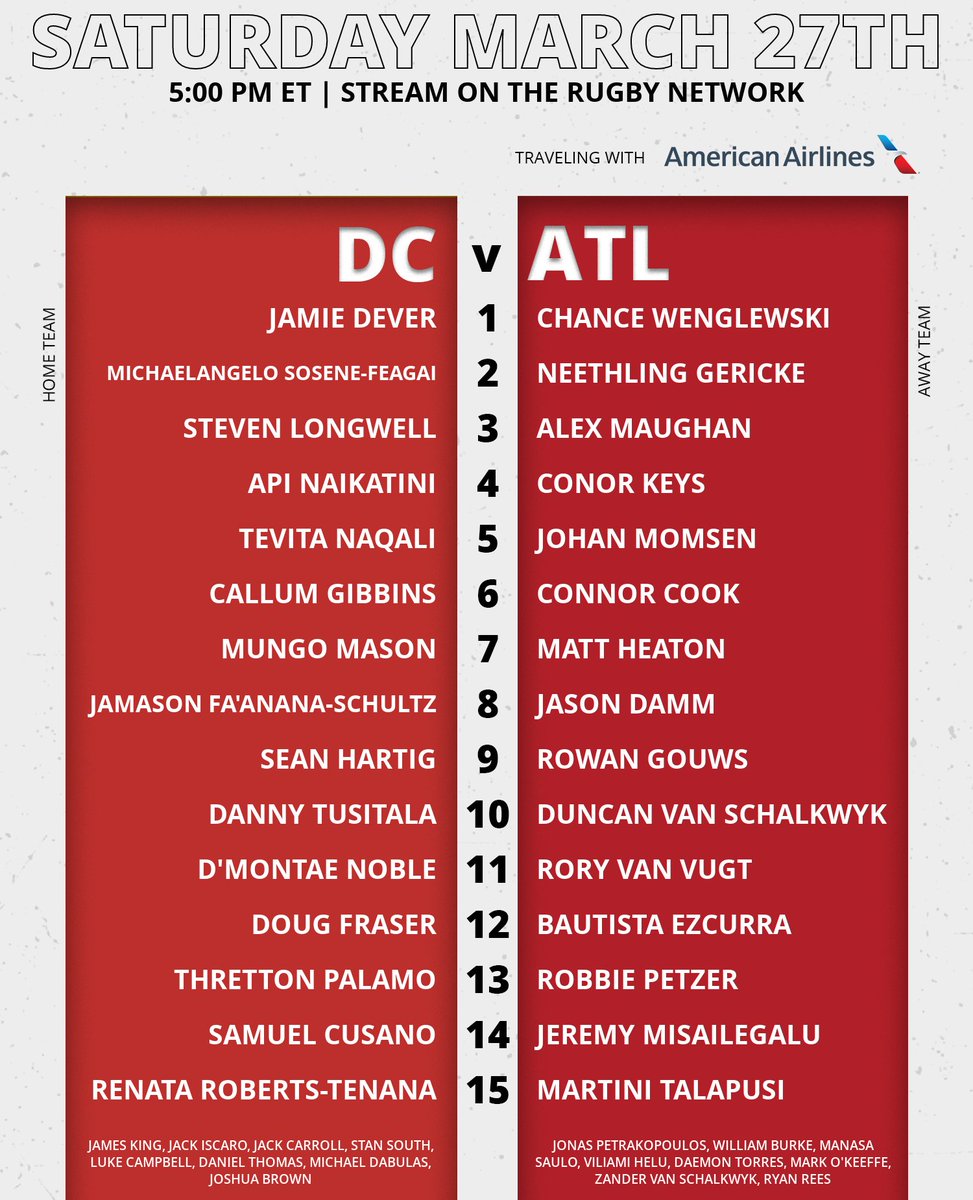 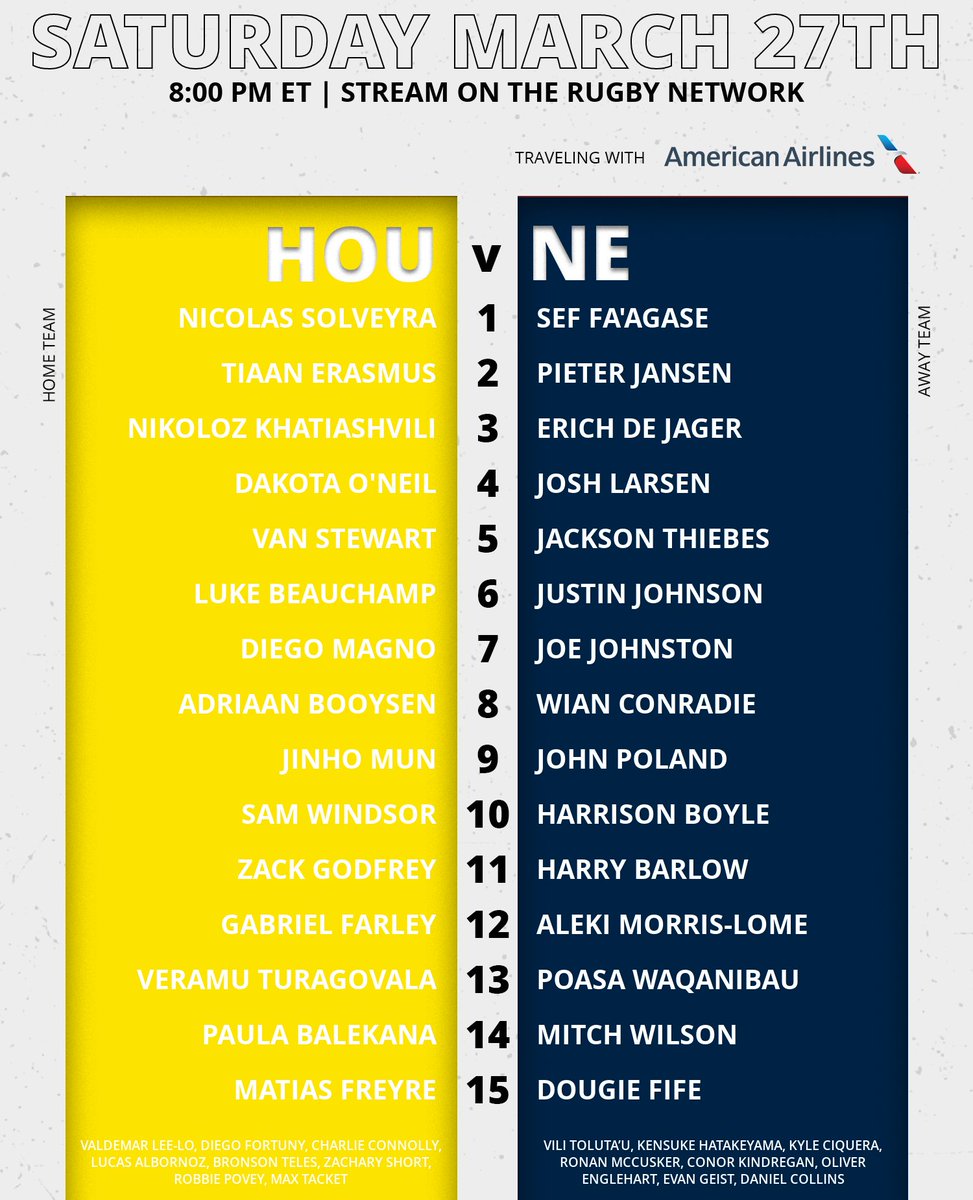 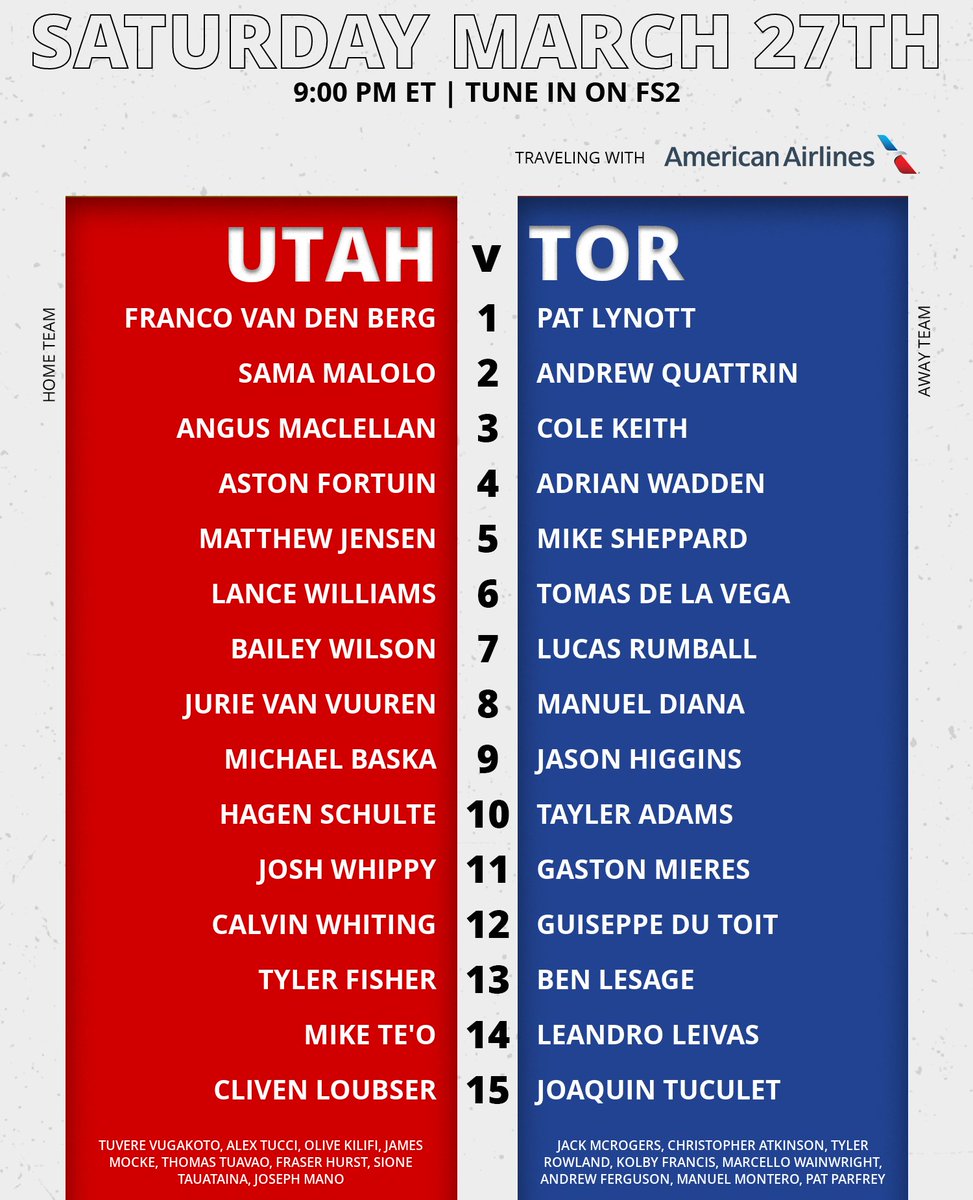 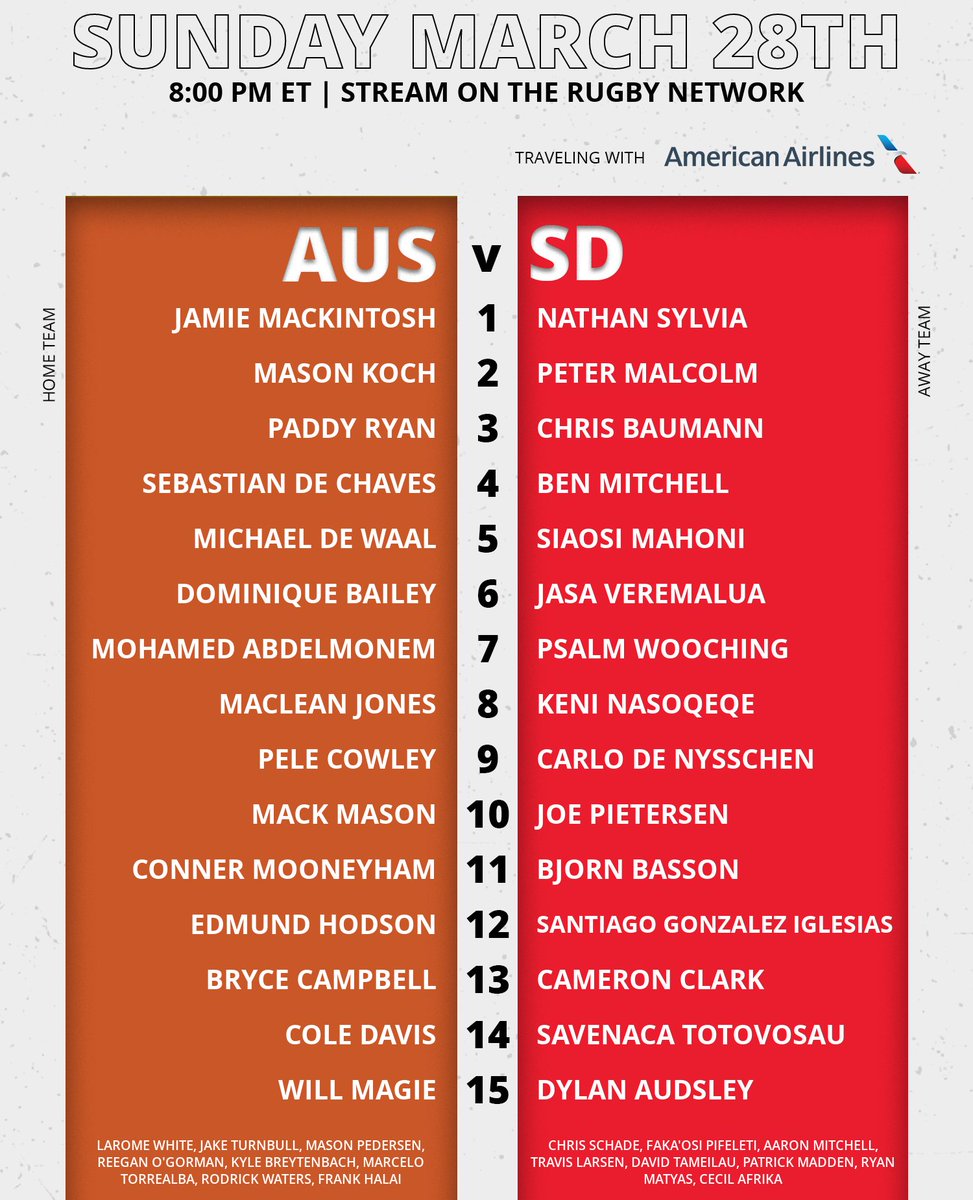 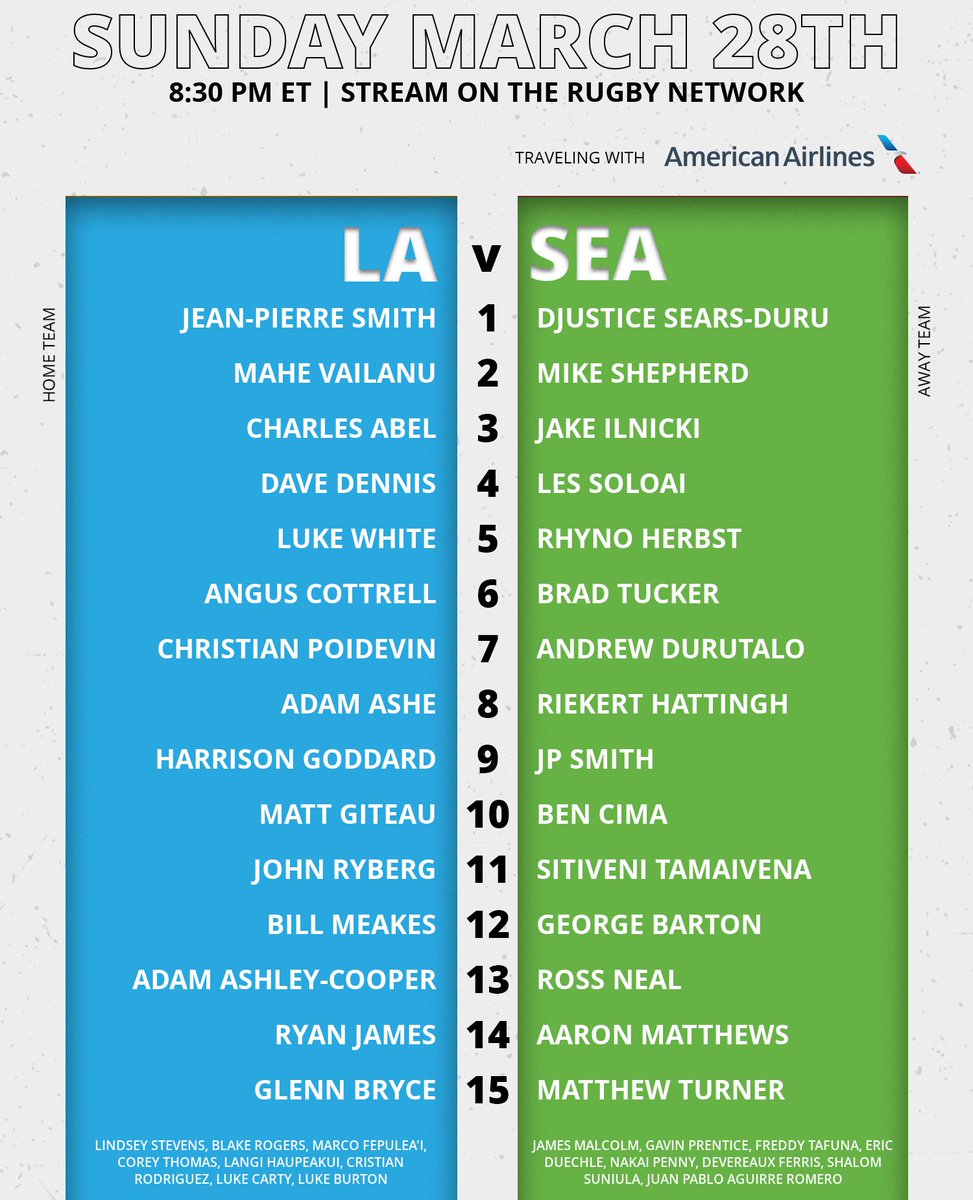