The new franchise, LA Giltinis, featuring Matt Giteau, Adam Ashley-Cooper and DTH continue to roll with an impressive 57-36 shellacking of defending champions, Seattle Seawolves. LA already have a +46 point differential with only 2 weeks gone. DTH wasn't in the lineup this weekend, carrying a shoulder injury but wasn't required as LA dominated. Seattle are 0-2 and one of the 3 winless teams in the competition. LA and Seattle both have a bye next week.

Utah are the only other undefeated team, also in the West conference, they defeated Toronto 39-24. Local BC player Fraser Hurst had an impressive debut after subbing in at 20 minutes following an injury to starting #9, Michael Baska. He scored a "Moment of the Match" try when he peeled off the back of a maul to scamper 60+ metres for the try. He also earned the BCRN "Canadian Player of the Week" honours. Toronto are 0-2 and take on Old Glory DC in DC next weekend. Utah travel to New England.

NOLA currently sit in 3rd place with a 1-1 record and 8 points. They defeated New York 51-28. NOLA and New York both have byes next week.

Old Glory DC are at 1-1 after defeating Atlanta 30-23 this week. Atlanta, also at 1-1 will host San Diego next weekend.

New England blanked Houston 32-0 for an impressive win. Both team are 1-1. New England host Utah and Houston travel to Austin next weekend.

Austin are the 3rd winless team, along with Seattle and Toronto, they lost a close match to San Diego this weekend, 14-11. San Diego sit at 1-1. Austin host Houston next week, looking for their first win while San Diego travel to Atlanta. 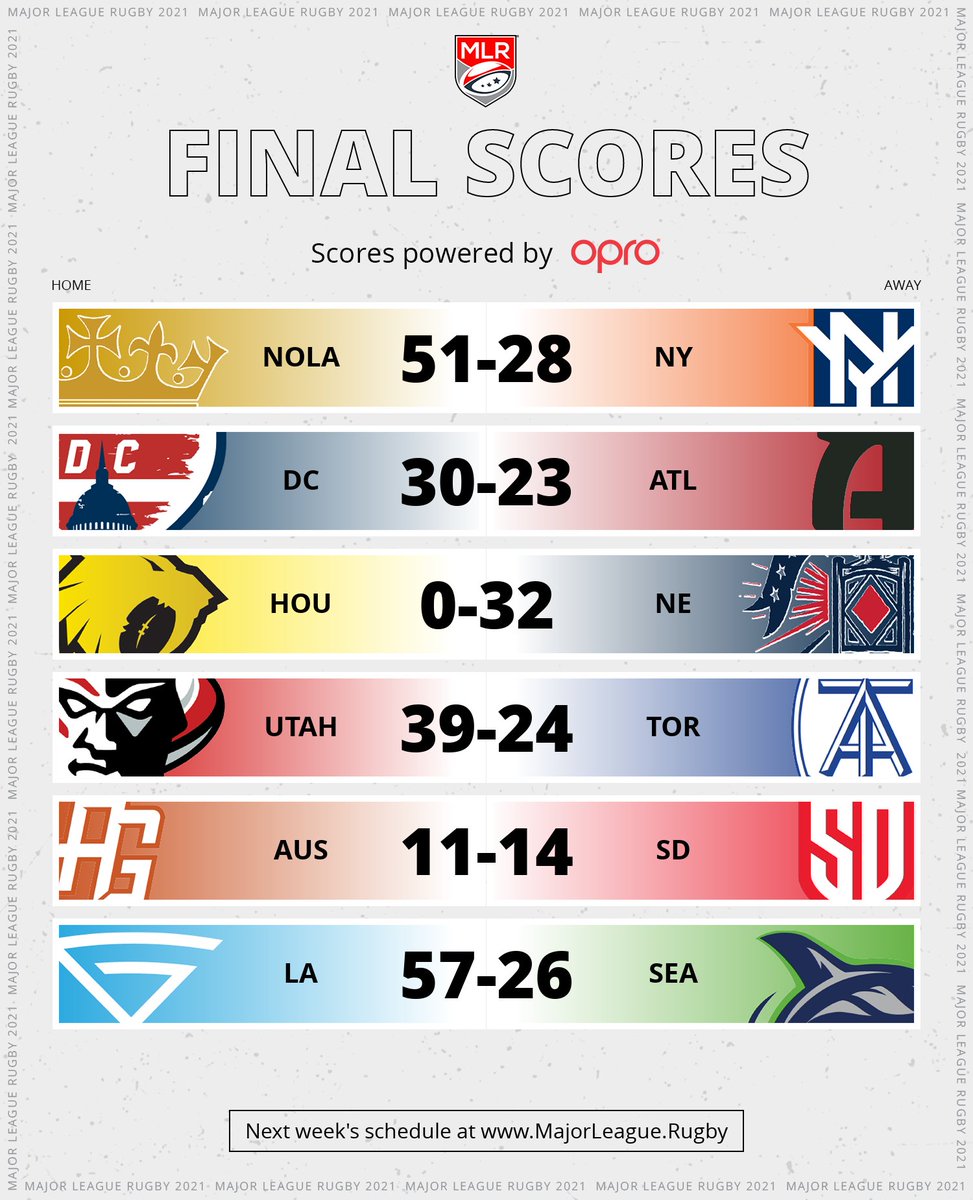 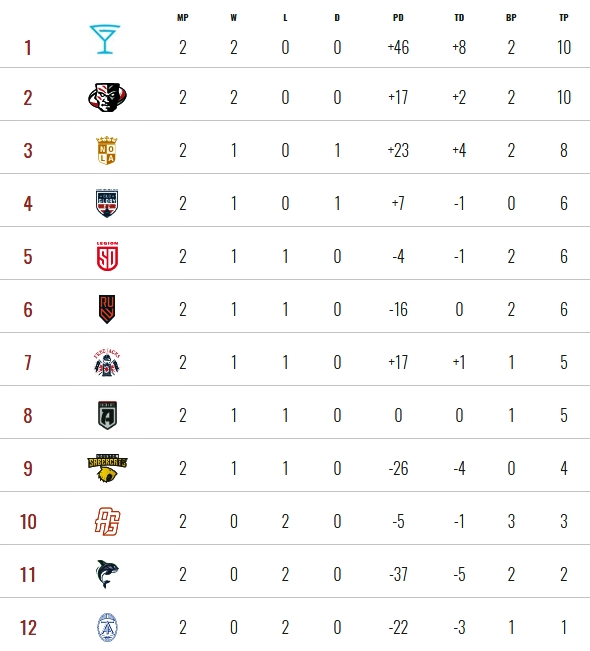