Toronto notched their first win which made a number of Canadian fans happy. They outclassed the Old Glory DC side with former UBC player, Ben LeSage, having a strong match for the Arrows.

Utah suffered their first defeat which leaves LA as the only undefeated side in the competition. New England led by captain Josh Larsen held on for the narrow 22-21 win.

Austin shutout Houston in the Texas derby while Atlanta piled the points on San Diego to remain top in the East.

Next week will see Toronto take on the LA Giltinis which will give an indication of Toronto's new form plus how LA travel, as this will be their first road game. NOLA host Austin, San Diego will try to regain their form at Houston while winless Seattle travel to Utah. On Sunday New York visits Atlanta. 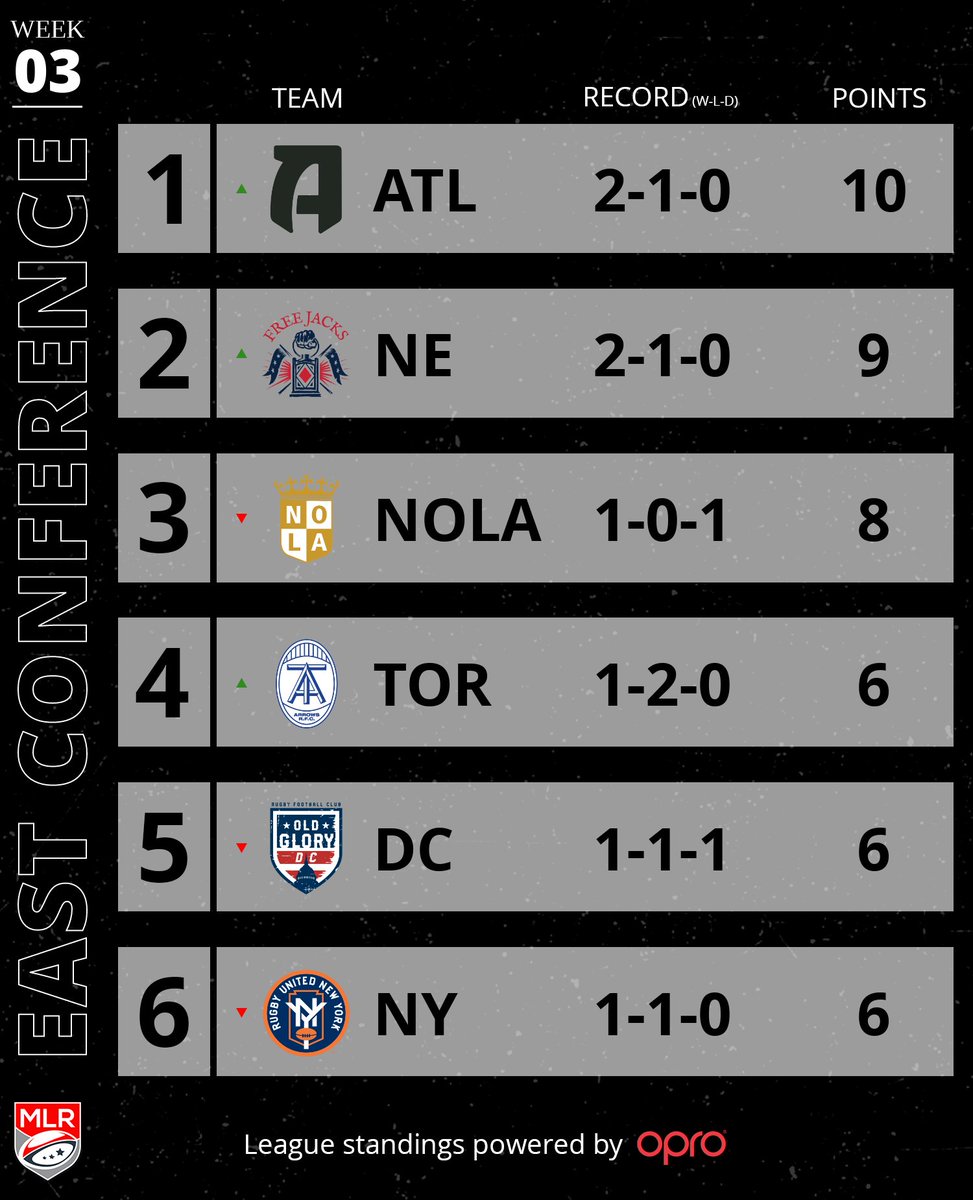 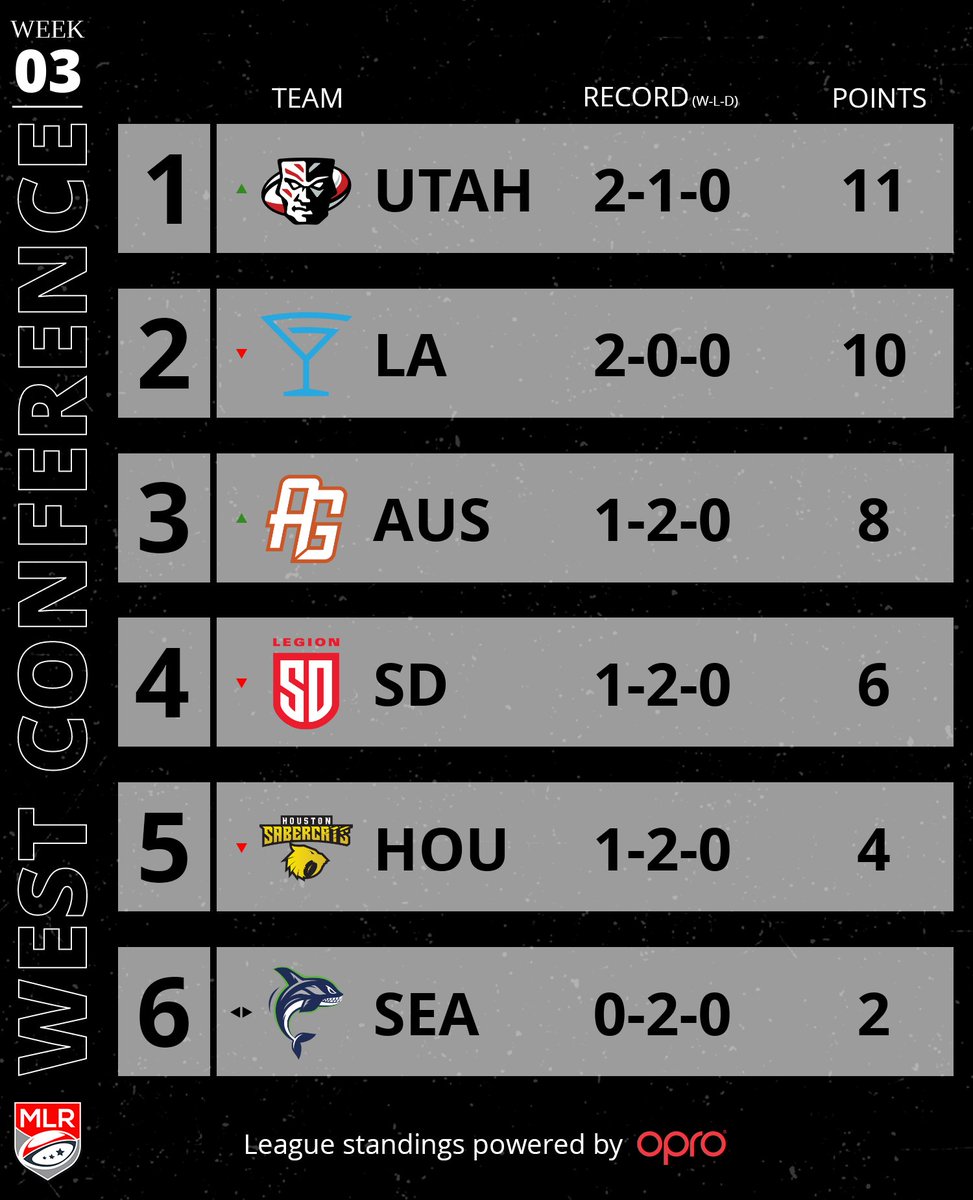 Week 3 kicks off with only four matches this weekend, there are none on this Easter Sunday.

Some Canadians to watch this week, Rob Povey gets his first start at #10 for Houston with Lucas Albornoz on the bench. On the other side Cole Davis and Reegan O'Gorman will sub in for Austin.

Fraser Hurst earns the start at #9 for Utah and Josh Larsen leads the New England team.

Atlanta is led by Matt Heaton with Conor Keys waiting to sub in while San Diego has Travis Larsen on the bench.

Several matches (depending on local blackouts) are live streamed on therugbynetwork.com 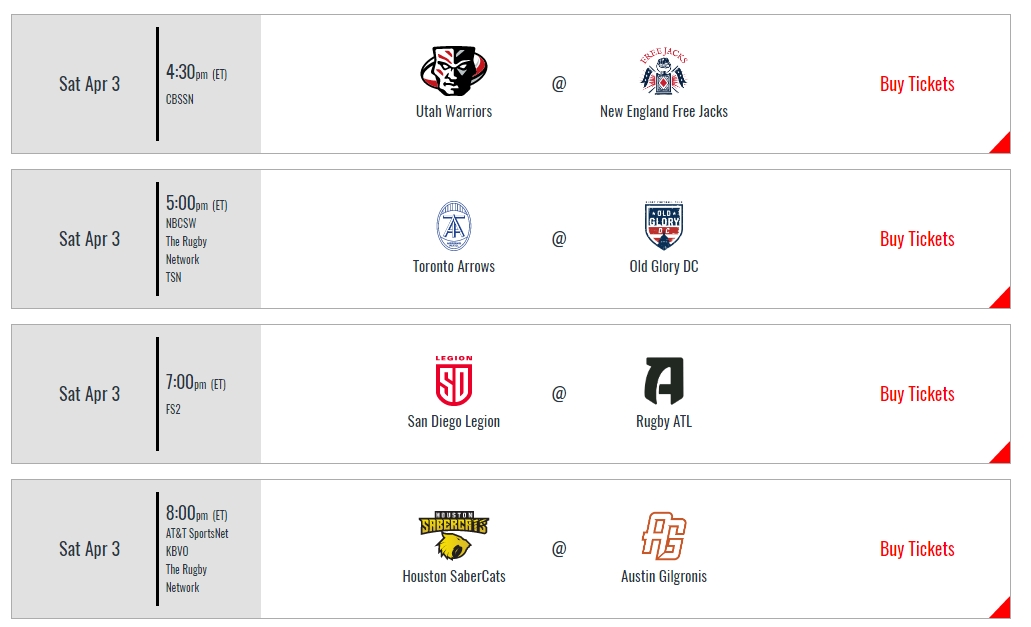 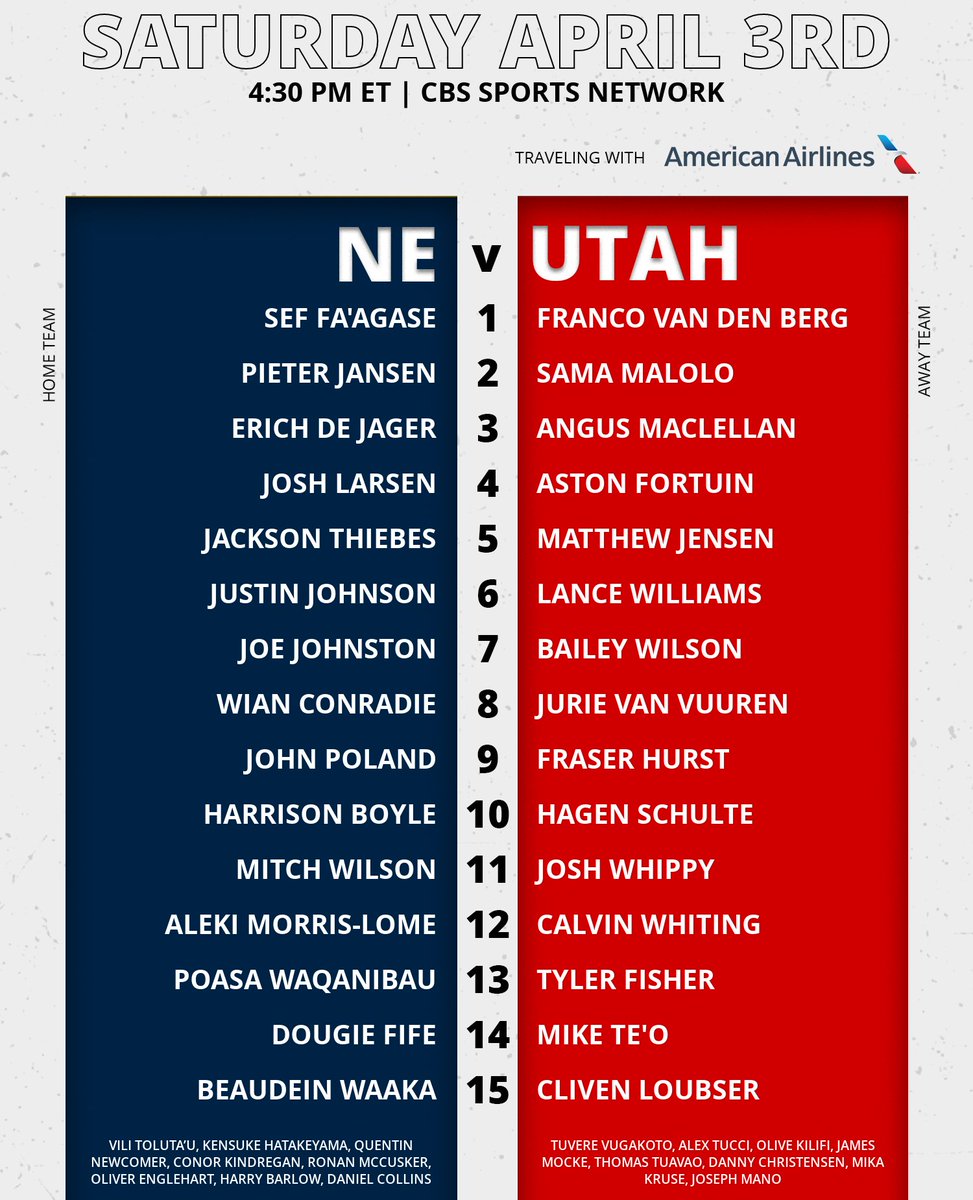 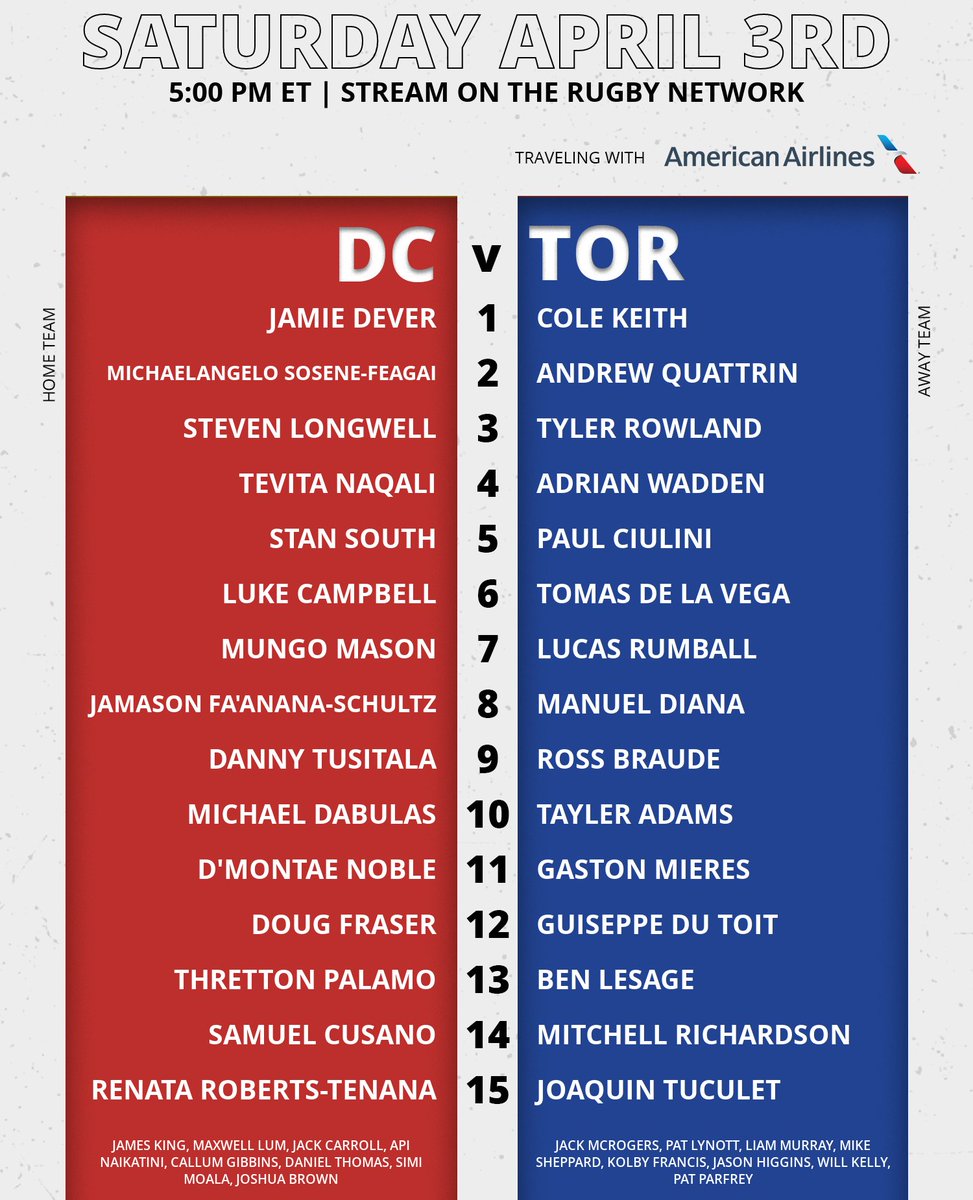 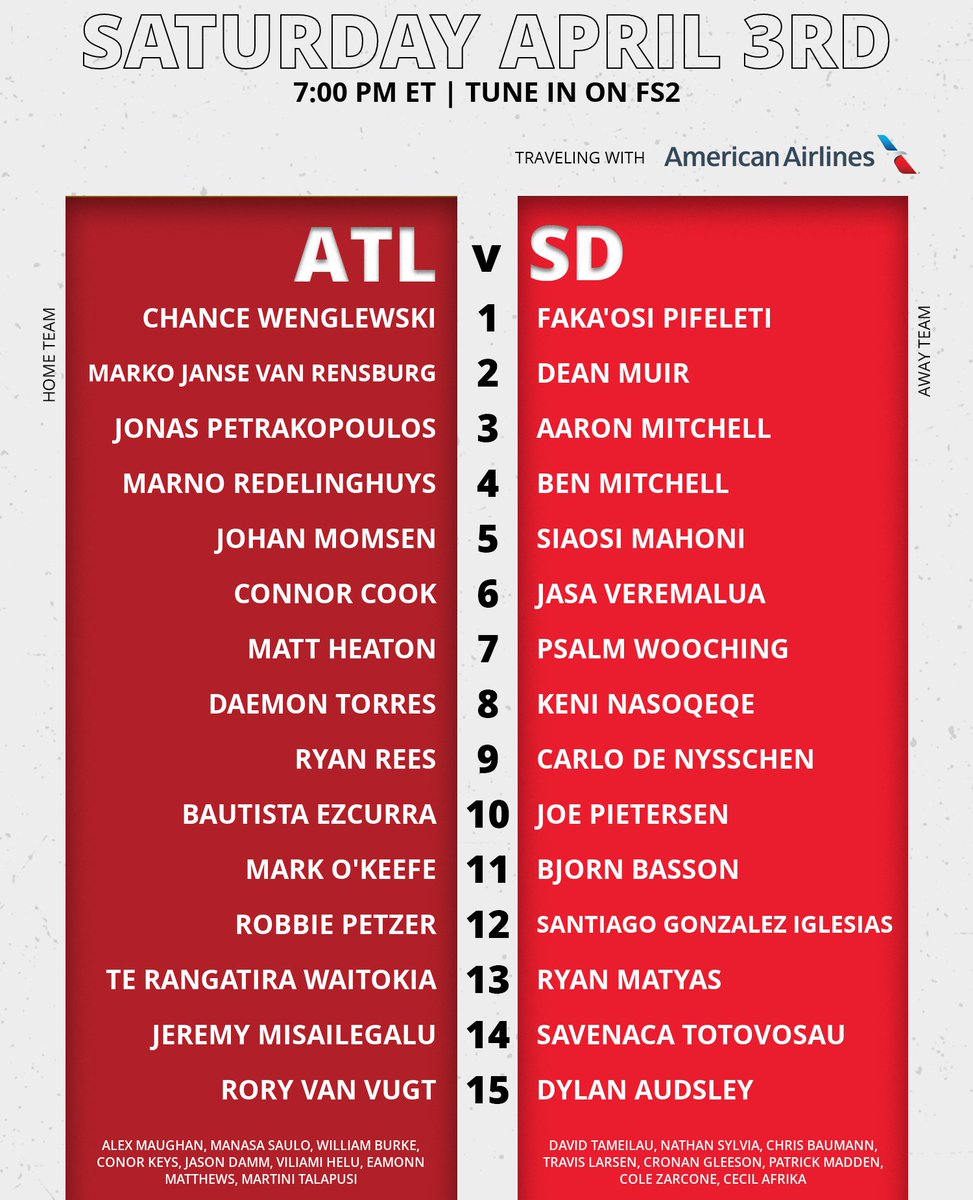 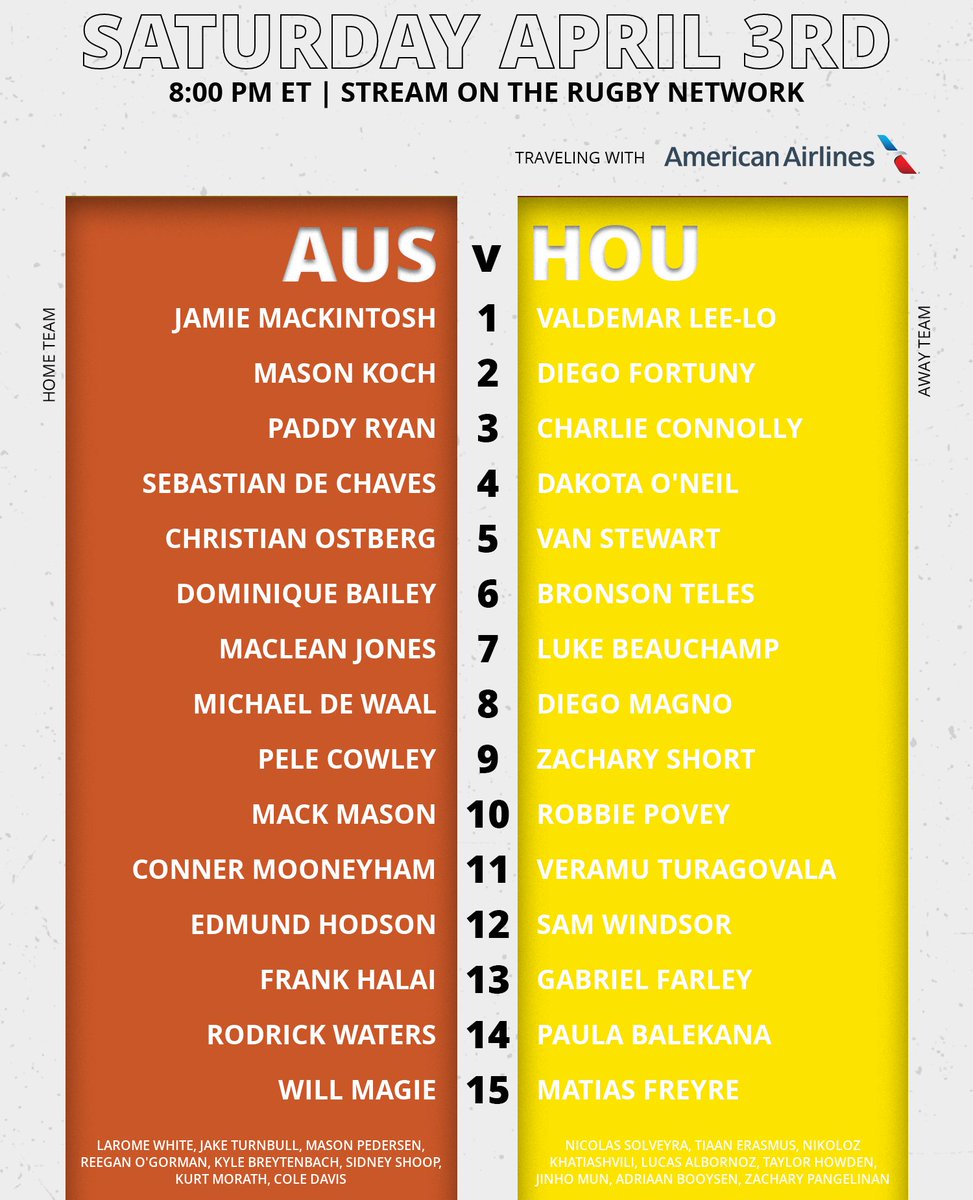