Lachlan Kratz Signs with NOLA (New Orleans) Gold of the MLR: A Look at His Career from Island U14 Championship to Canada U20

Lachlan Kratz has signed with the NOLA GOLD for the season. He joins fellow Canadians, Eric Howard and Kyle Baillie.

When announcing the signing, NOLA provided this quote from the GM.

“Turning just 21 years old last week, Lockie becomes our youngest player on our Active Roster. In his short time so far with us, his skills, work rate and willingness to learn has been very impressive. Lockie has a really big future ahead of him!”
-GM, Ryan Fitzgerald

Lachlan first turned up in our articles in March 2014 when he was playing for the CW U14 team. We had presented Lachlan and his Velox opponent, Quinn Hayhurst, with MVP hoodies for their outstanding play in the U14 Island Final. 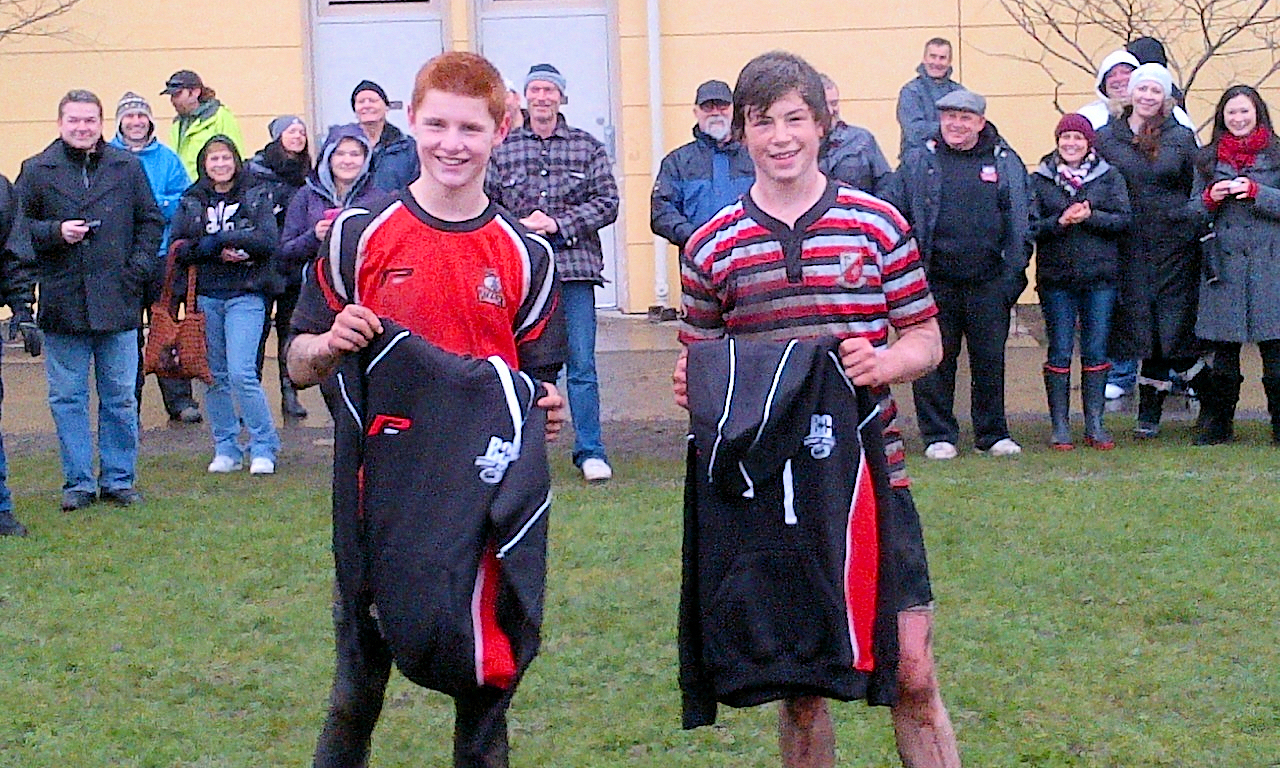 We had this write up on Lachlan from that article:

Lachlan was born in March of 2000 and has been competing in club rugby at Castaway-Wanderer's since joining the U7 team at age of six. Lachlan enjoys his rugby and plays school rugby for Monterey Middle School. Last summer, Lachlan was selected to represent BC in the U14 age category as well as a select South Island Crimson Tide U14 "tournament" team for sevens. Lachlan's favourite position is flyhalf and credits his teammates for making him look good enough to catch the eye of the Velox Valhallian coaches who selected him for this honour. Lachlan also plays basketball and Call of Duty.

Next up in February 2015 he was heading to Vegas to represent BC in the U16 division. He was now at Oak Bay High School. That team won Gold in Vegas. Another player from that team also went on to great things in rugby, Will Percillier, now with Stade Francais.

By summer of 2016 he was representing BC U16 at the National Championships, BC won Gold that year.

In 2017 he was back at Vegas representing BC at the U18 level, again with Will Percillier and fellow MLR player Quinn Ngawati who now plays for New York (RUNY). They came up against a hot NZ Taniwha side and didn't win Gold that year. In the summer of 2017 it was the National Championships again but at the U17 level, they played up a year in the U18 bracket losing to Alberta in the final. In December of 2017 he was NZ bound to represent Canada at the World School 7s. Also on that team was Brock Webster now on the Canada 7s squad preparing for the Olympics this summer.

There wasn't much time to recover from 2017 as he was in Ireland in January 2018 representing Canada on a U19 tour where they played Campbell College, Ards U19 and Ulster U19. By the fall of 2018 he was at UVic playing in the BC Premier, in our match report from November 2018 we noted, "Not a result we saw coming but the Vikes were faster with a deeper bench. Nick Carson scored 3 tries from his #8 position, Lockie Kratz carved up the Bays defence from outside centre."

By 2019 he was teaming up with brother, Gavin, on the UVic roster. Lachlin "Lockie" at outside centre and Gavin at tighthead prop. In February 2019 he was on the Canada U20 tour to Portugal. In June he was named to the 30 man squad for Canada U20 at the Junior World Rugby Tournament. He scored three tries in the match versus Hong Kong. The following were our notes on their final match versus Kenya:

The biggest winner to date in terms of player impact has to be the move of Lachlan Kratz to inside centre. Before his move to the starting role in that position for the Hong Kong match, Canada went 160 minutes without any scoring input from the backline. He keeps his spot after scoring 3 tries in the Hong Kong match.


In the fall of 2019 he was back at UVic with brother Gavin playing in the BC Premier. He was playing up till February 2020 at UVic and then rugby basically shutdown in BC in March 2020 due to COVID... and still hasn't opened up.

It's great to see him get a shot in the MLR and hopefully one day we'll be talking about how he scored 3 tries in one game for the national senior squad, as he did for the national U20 team.