LA continue to roll as the only undefeated team. Toronto came up big this weekend and put the boots to Seattle who are floundering this season. New York continued their winning ways and Quinn Ngawati scored his second try of the season. Four of the games were decided by 4 points or less. 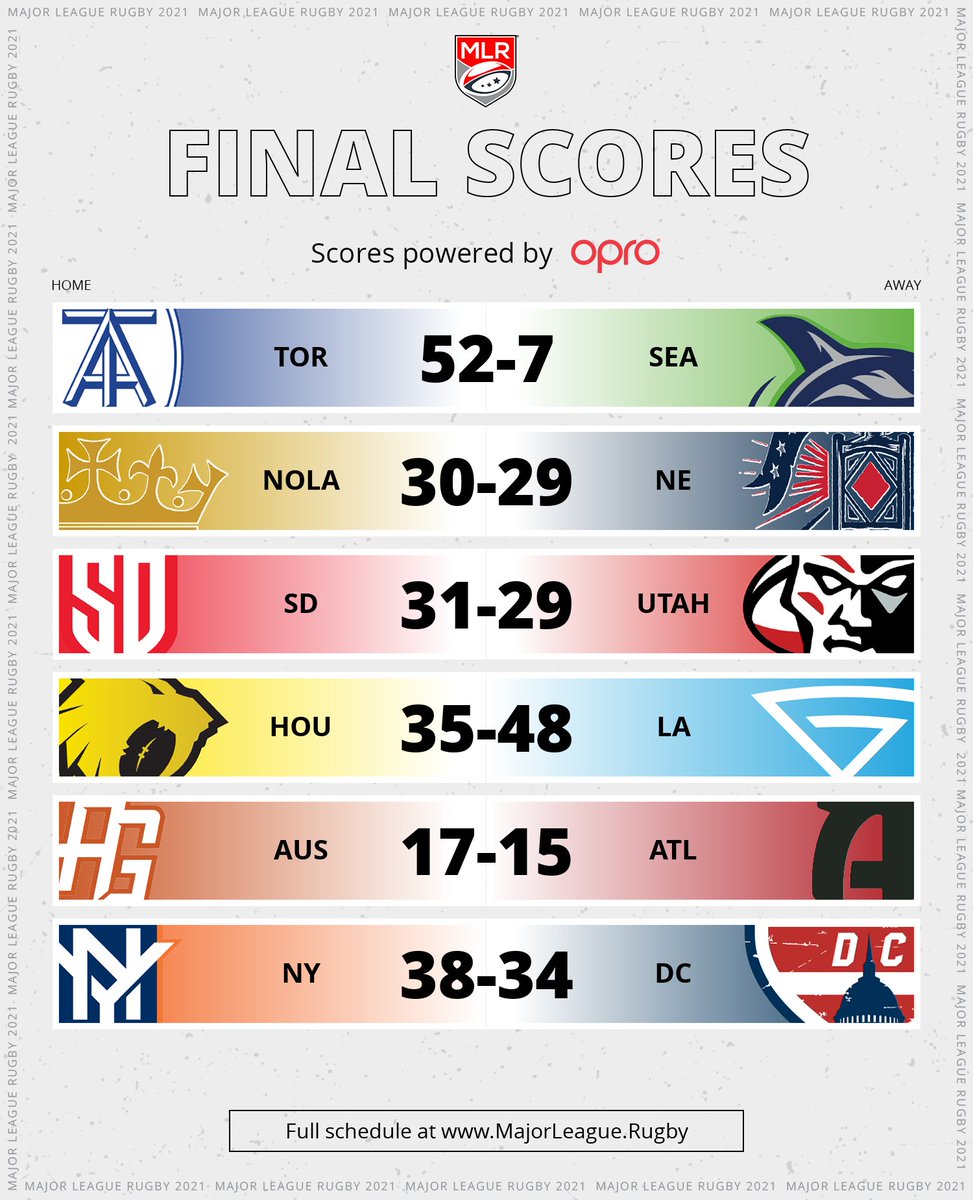 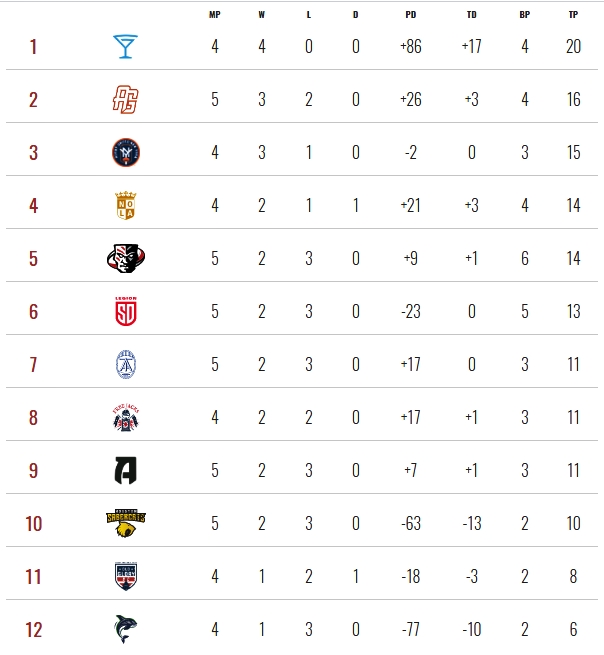 The matches are archived on the therugbynetwork.com

MLR action kicks off at 7:30am PT with Seattle @ Toronto (in Atlanta). Toronto have 9 Canada-eligible players in the starting XV. Pacific Pride alumni, Mason Flesch, gets his first start with Toronto. Seattle have 3 Canadian starters, front rowers Djustice Sears-Duru and Jake Ilnicki, and centre George Barton. Missing for Seattle is Nakai Penny. 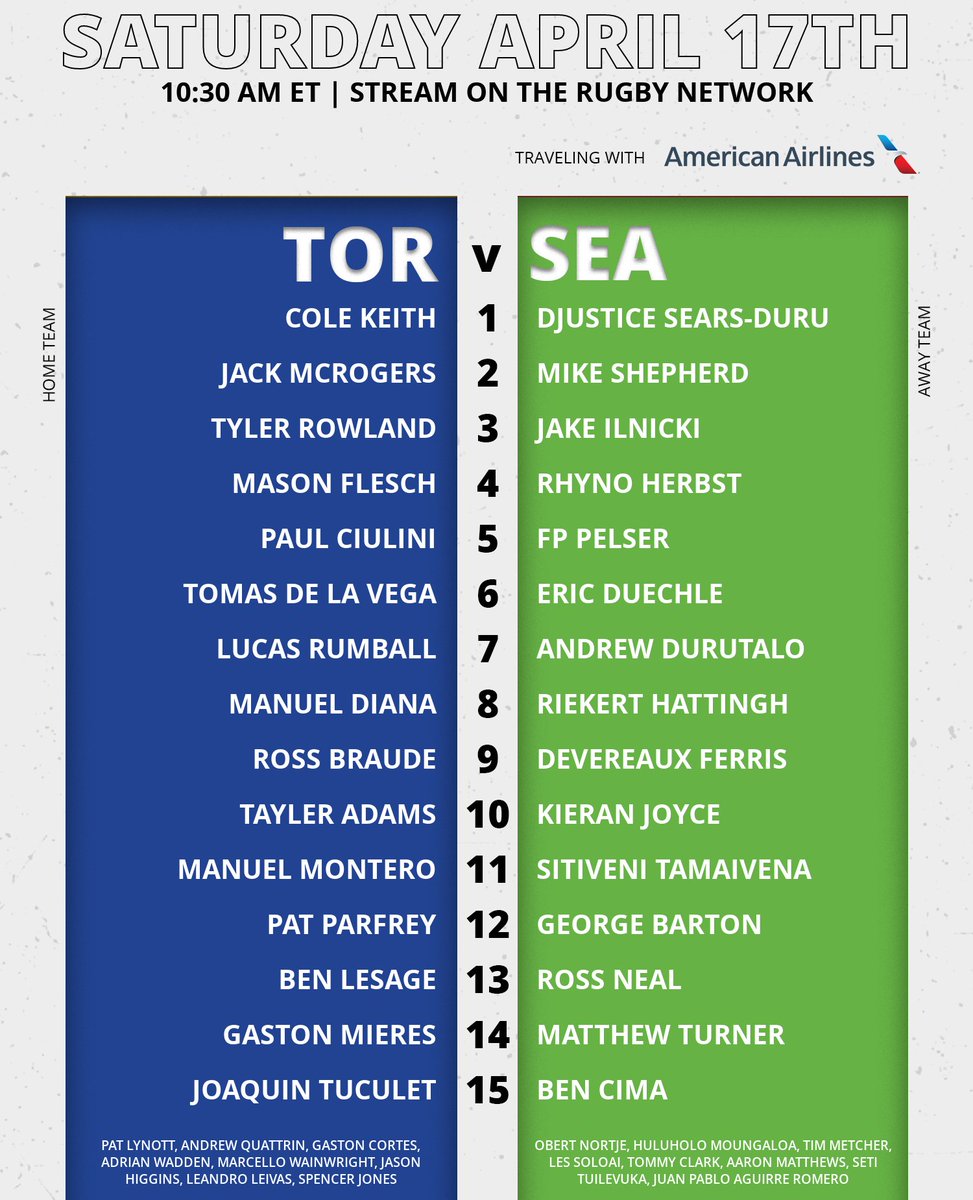 Next up at 1pm PT is New England @ New Orleans. NOLA have Eric Howard starting at hooker but missing is Kyle Baillie. New England have Josh Larsen at blindside flanker 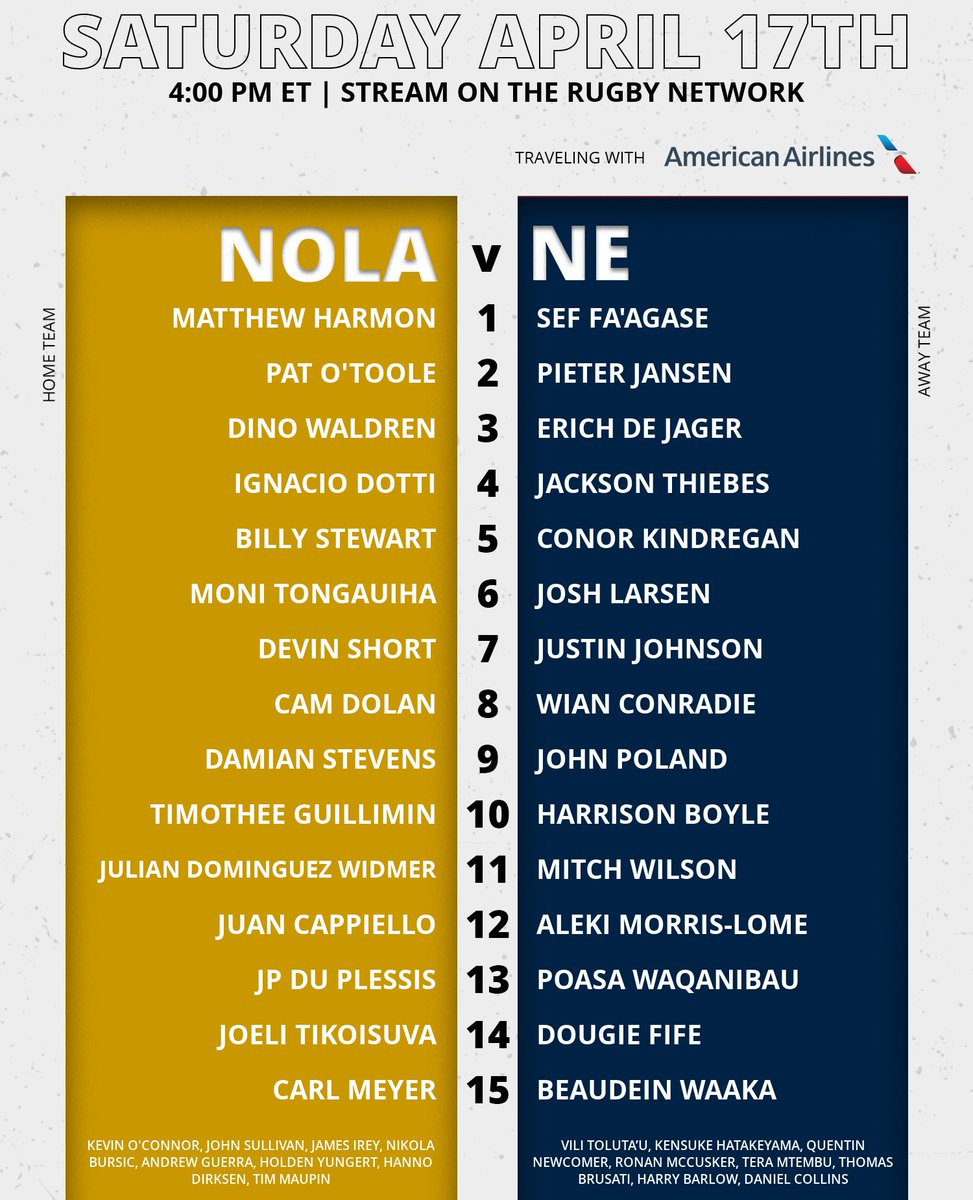 At 4pm PT it's Utah @ San Diego. Utah have Fraser Hurst as backup scrum half. San Diego haven't published their roster at the time of writing, they're becoming chronic in their habit of publishing their roster at the last minute. [ed. SD roster now published and Michael Smith in the reserves with Travis Larsen.] 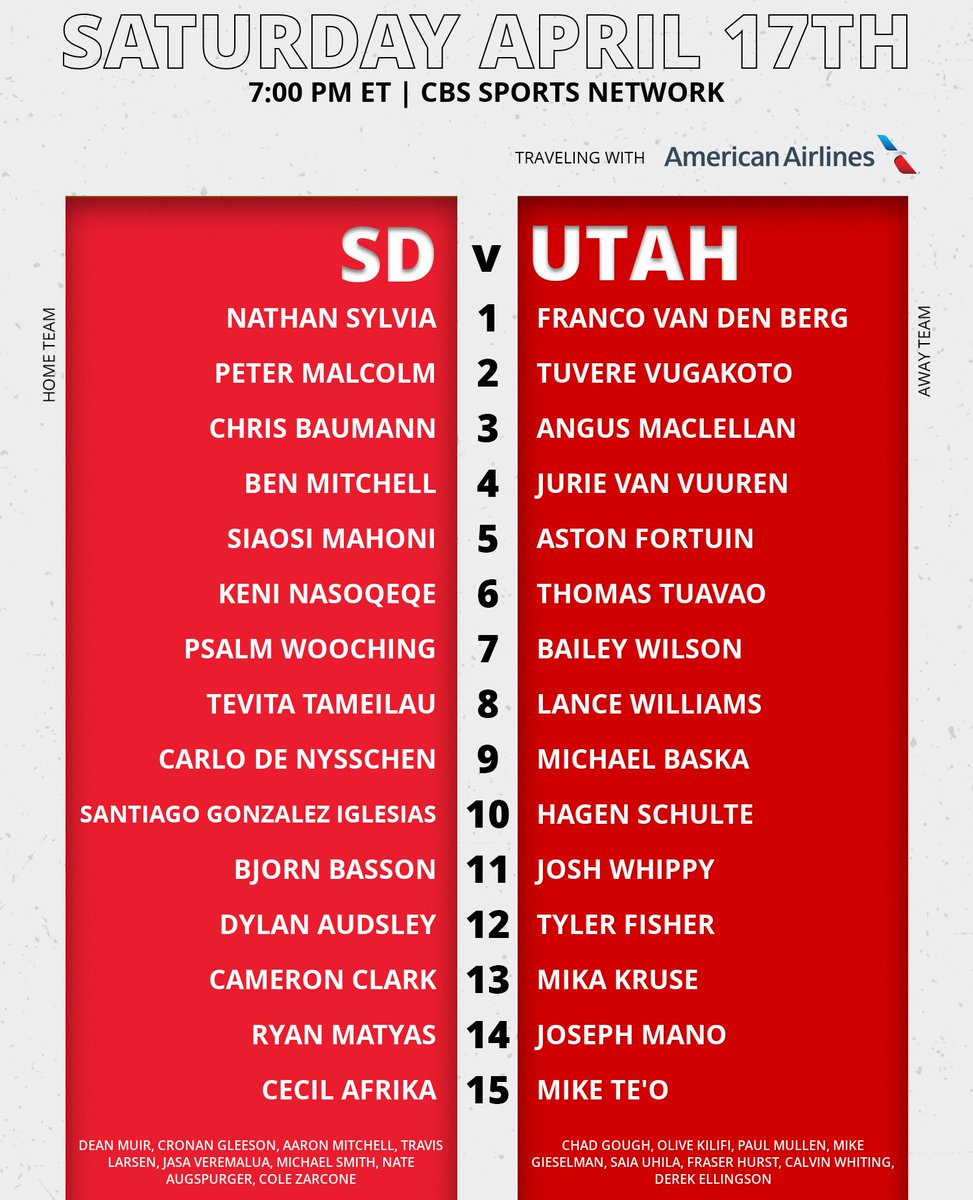 At 5pm PT two more games on the schedule, LA @ Houston and Atlanta @ Austin. LA have DTH on the wing and Canada-eligible second row Corey Thomas on the bench. Houston have Lucas Albornoz and Rob Povey starting with Liam Murray and Nik Hildebrand on the bench. Austin have Cole Davis and Moe Abdelmonem on the bench and Atlanta have Conor Keys starting at second row. Missing from the Atlanta roster is captain Matt Heaton. 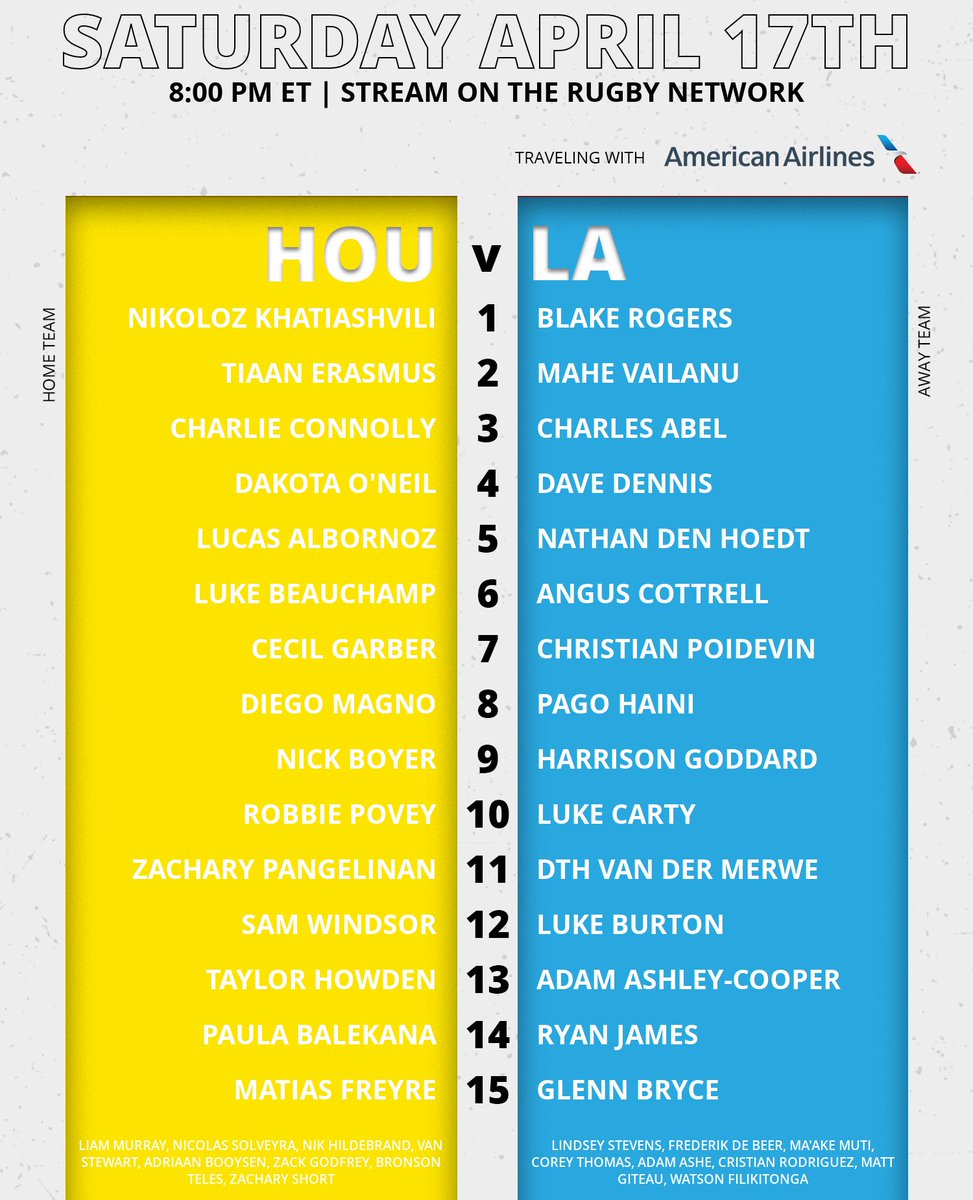 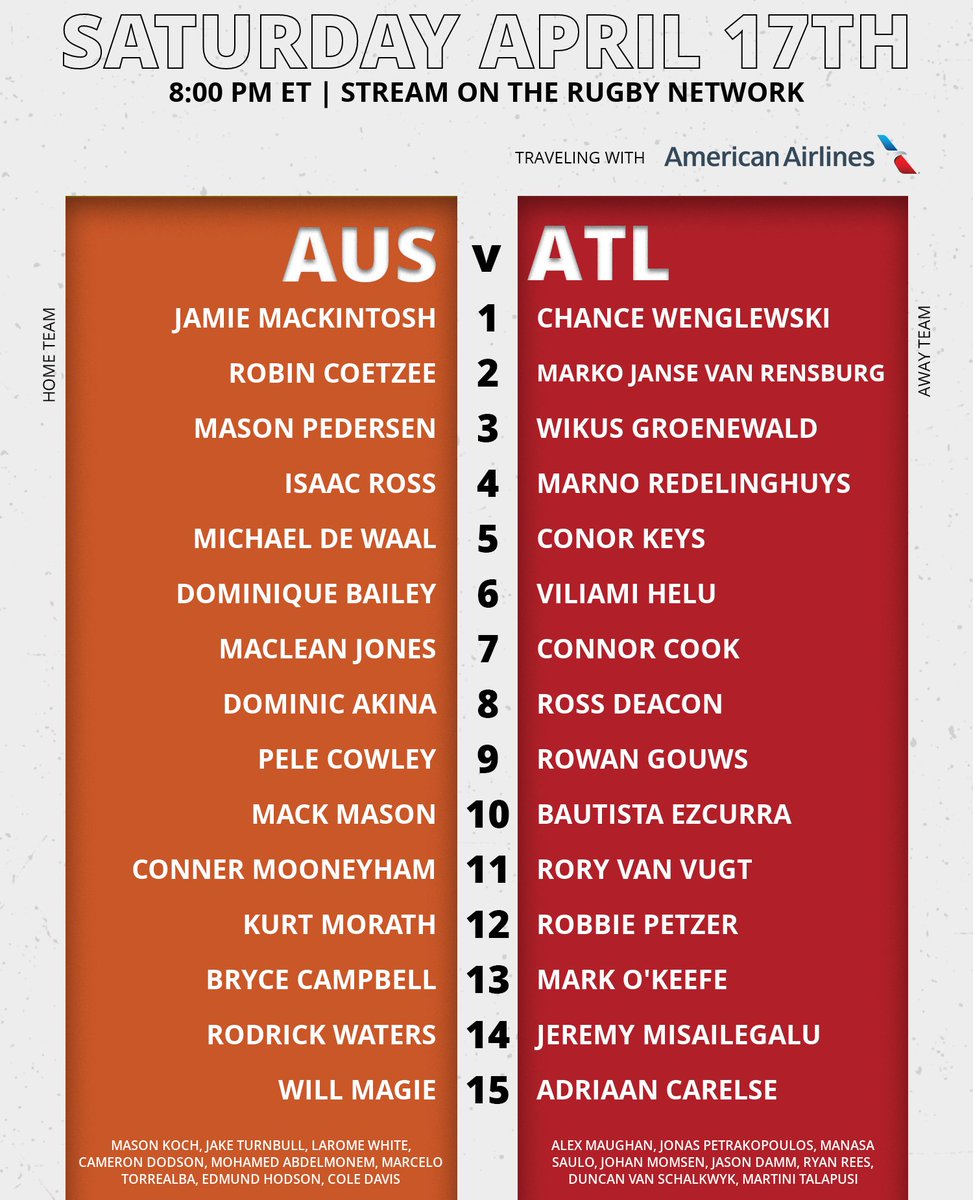 On Sunday it's Old Glory DC at New York, neither team have published their rosters but expecting Quinn Ngawati for RUNY on the wing and Doug Fraser at centre for DC. 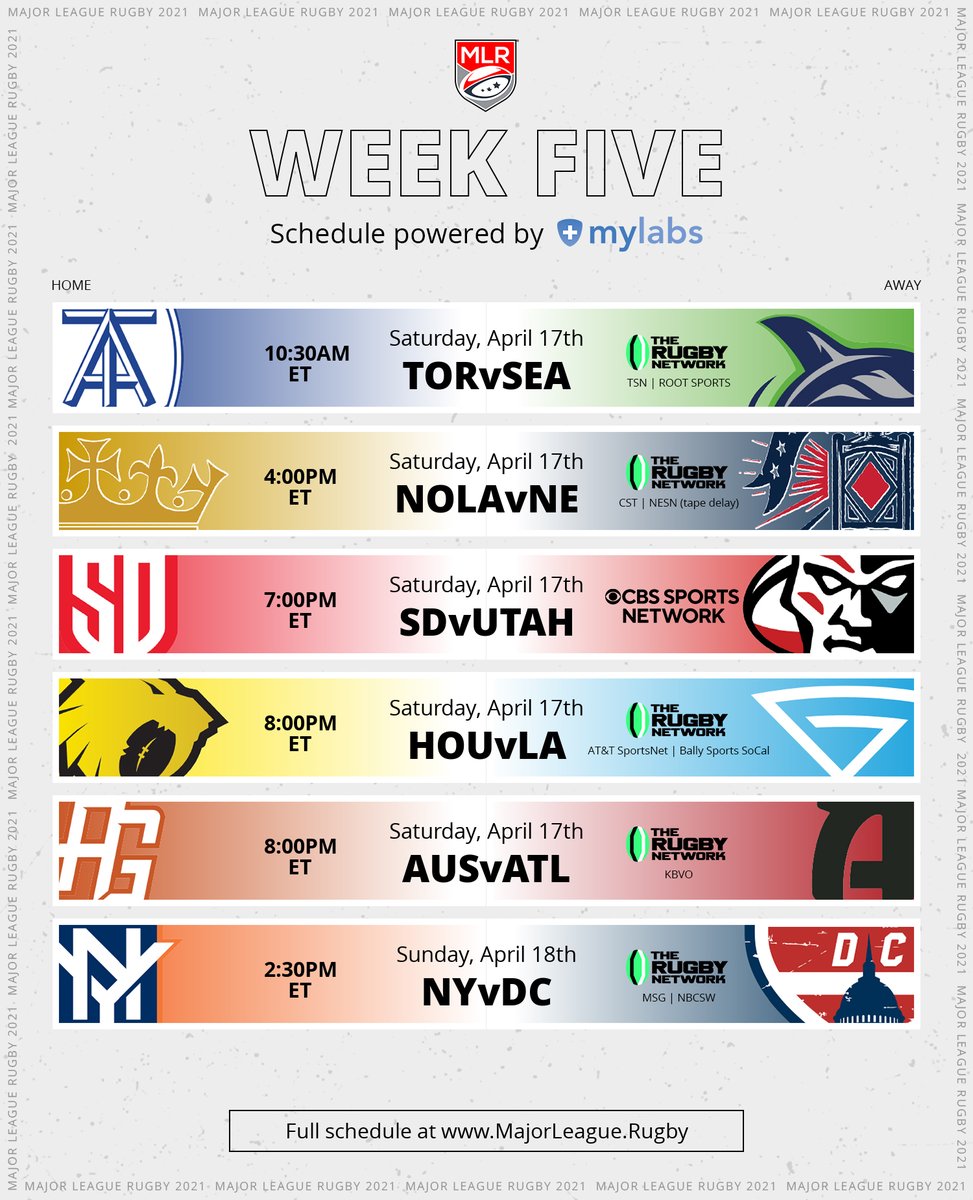 Games can be viewed online at www.therugbynetwork.com (some games may require a VPN from Canada).