LA continues to march on as the only undefeated side. Toronto had a strong match to go 3-3 on the season and share top spot in the East with Atlanta at 16 points.

On March 23rd when Week 1 of MLR kicked off we ran some stats on the Canadian (eligible) players and starters in the league.

One of the bright spots from a Canadian player perspective in Week 6 was the performance of Rob Povey for Houston. The #10 scored three tries in Houston's close loss to Utah. Povey is the only Canadian in the league getting regular time at the key #10 position making him a strong contender for the national spot. Other contenders are Shane O'Leary playing for Rouen in the Pro D2 league in France. The incumbent #10 from the 2019 RWC is Peter Nelson who was last reported playing for Aurillac in the Pro D2. 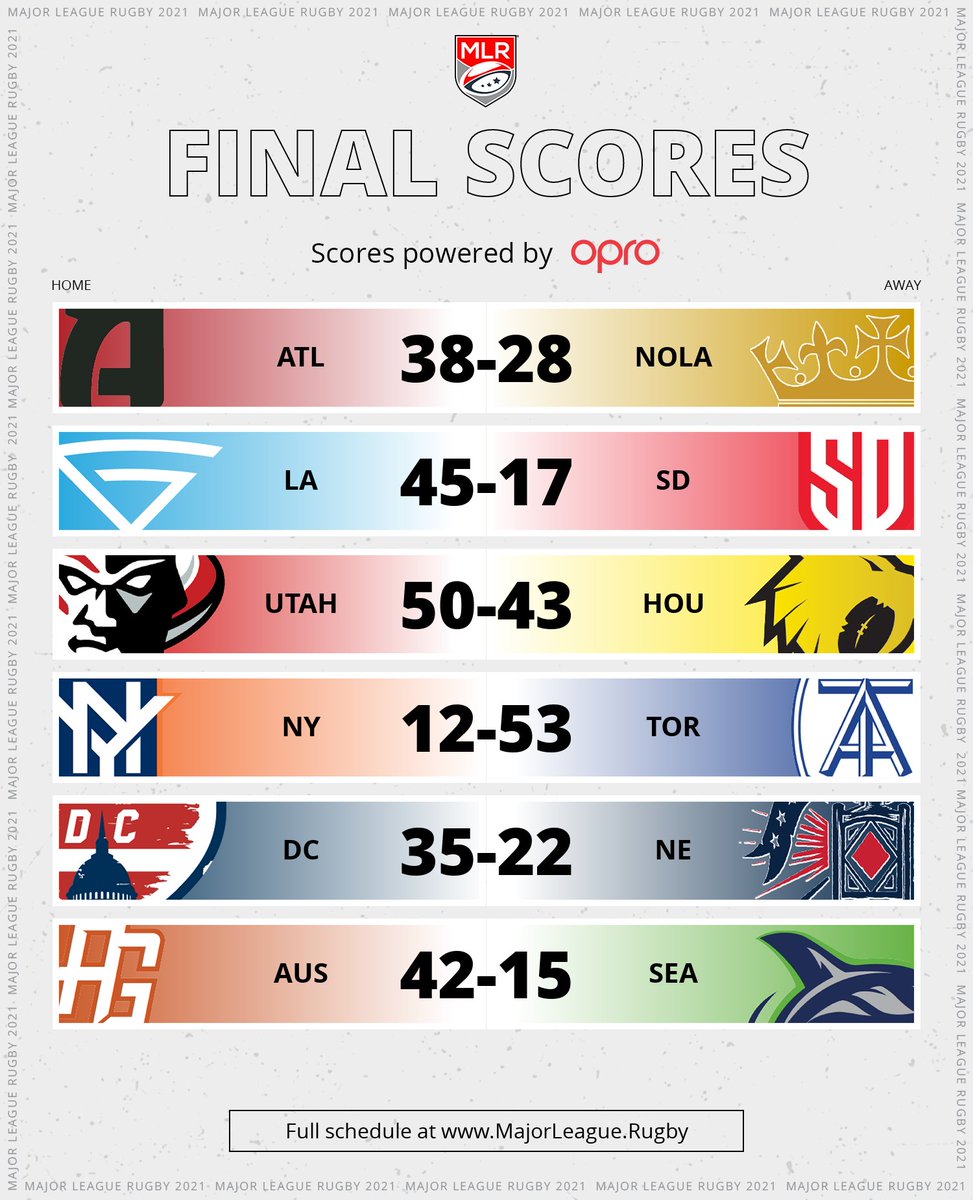 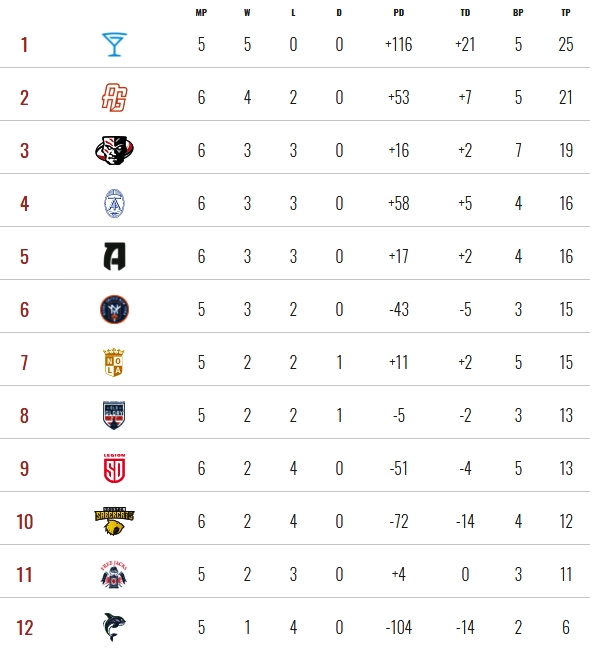 Action starts this week at 2:30pm PT as the NOLA @ Atlanta game has been moved up to 5:30 local time. Next up at 6pm PT are two matches, SD @ LA and Houston @ Utah. On Sunday it's Toronto @ New York, New England @ DC and Seattle @ Austin. 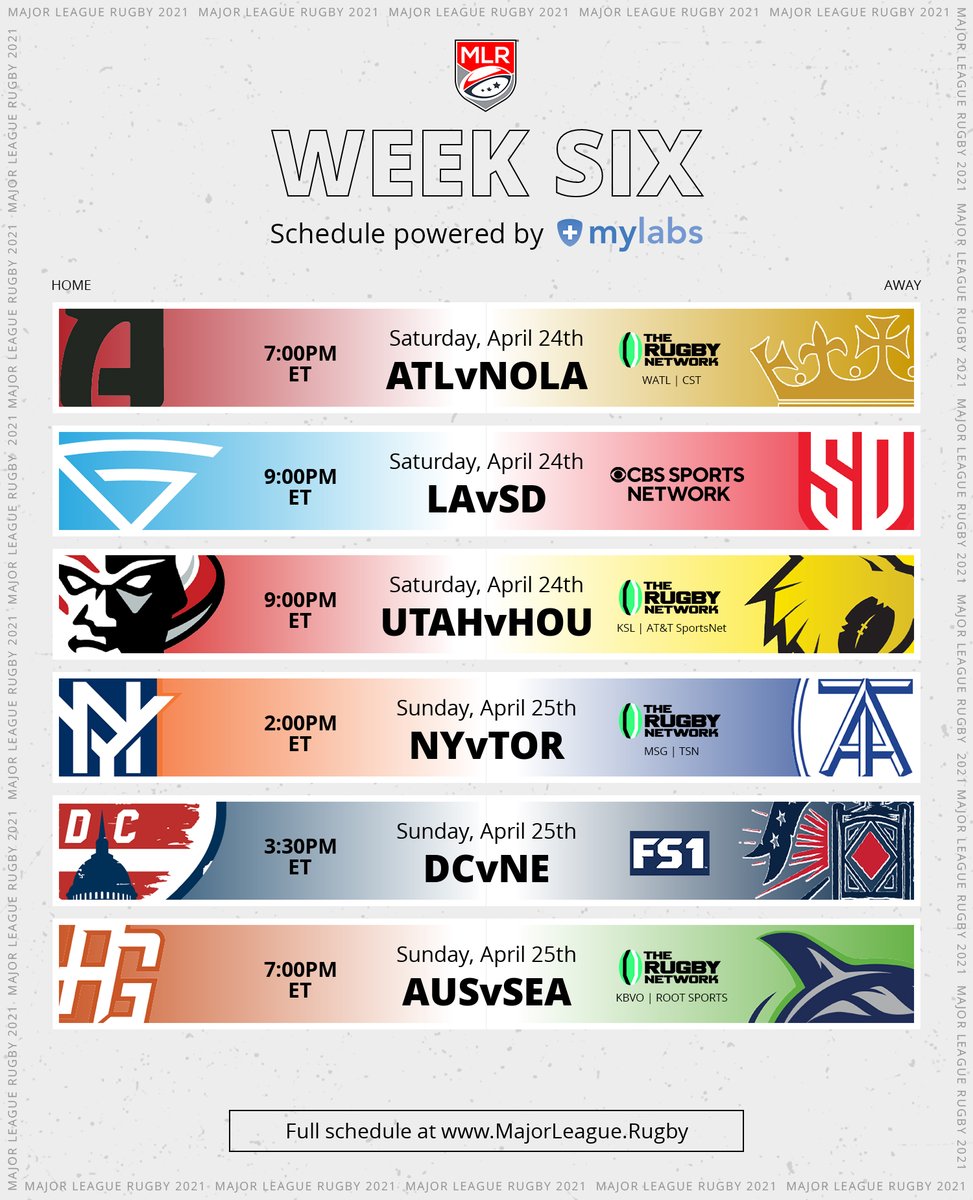 Matt Heaton comes back into the lineup at #7 while Conor Keys is in the Reserves. For NOLA Kyle Baillie returns at second row while Eric Howard is the backup hooker. 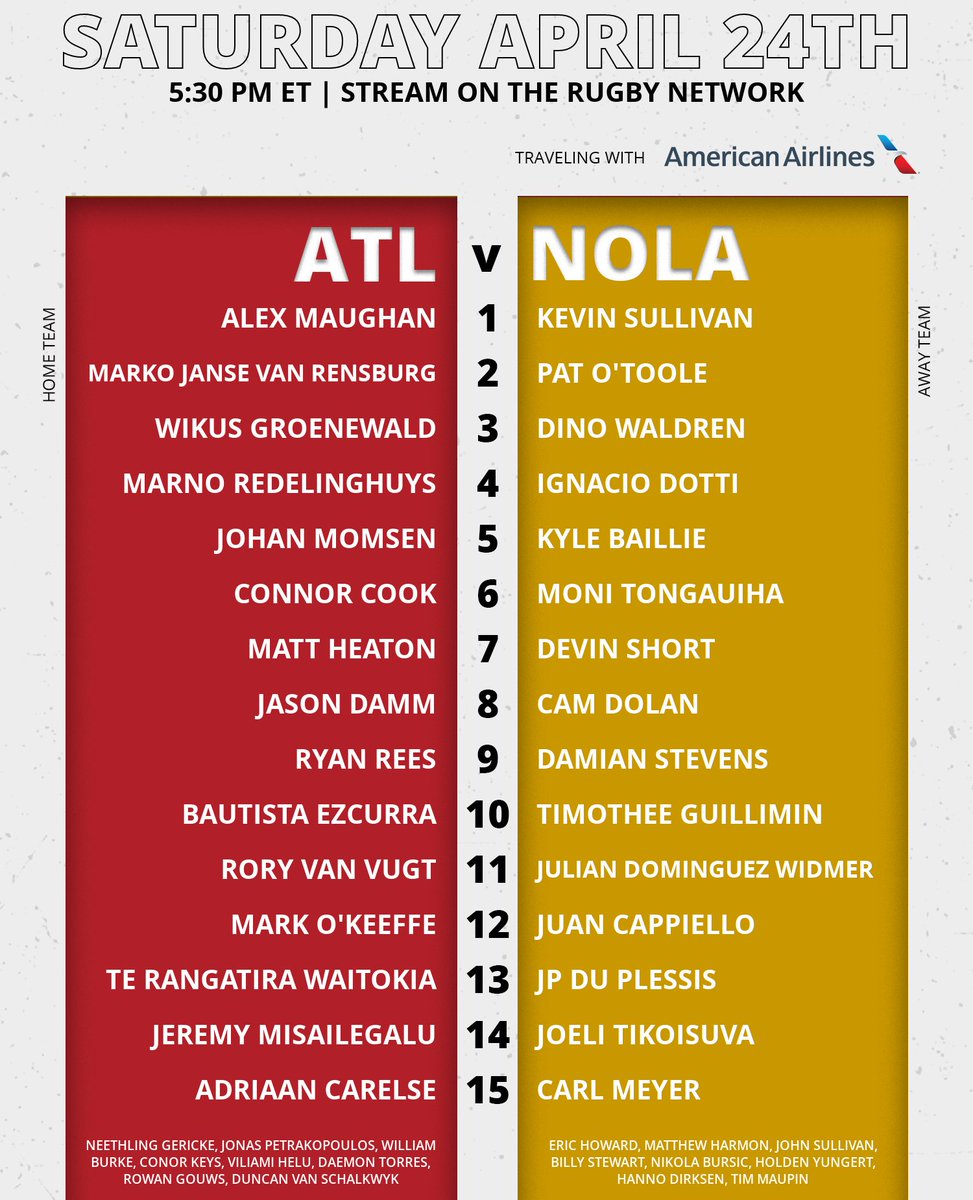 DTH starts again on the wing, there's no Matt Giteau this week. Corey Thomas the Canada eligible second row is on the Reserves bench for LA. For San Diego it's Michael Smith and Travis Larsen looking to make an impact from the Reserves bench. 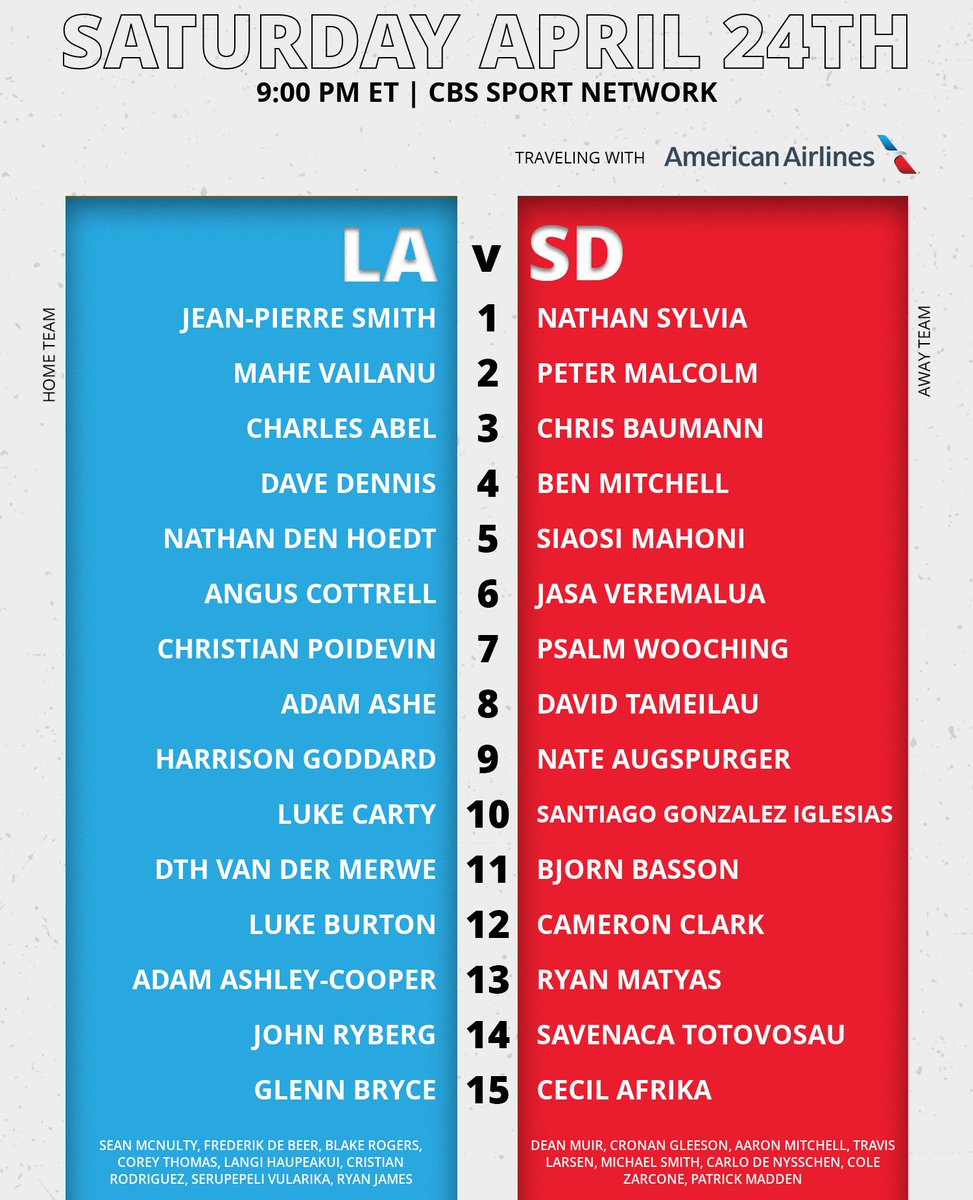 Utah is the only side so far this week without Canadian content as Fraser Hurst isn't in the match 23. Houston will be starting Lucas Albornoz in the second row and Rob Povey at flyhalf. Nik Hildebrand will sub in from the Reserves to bolster the front row. 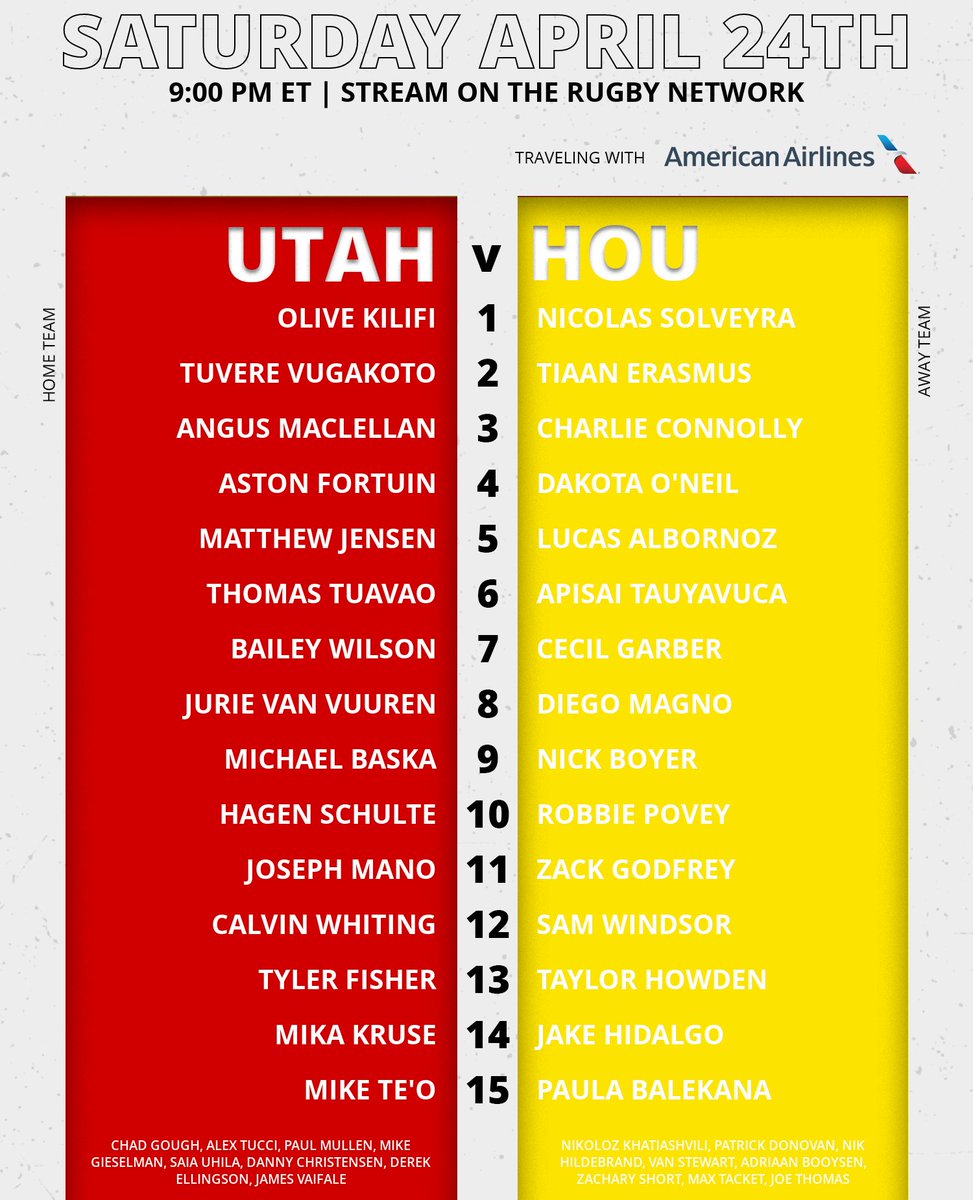 Toronto have 9 Canada eligible starters in their XV, New York feature Quinn Ngawati as the lone Canadian. Quinn is moved from wing to inside centre and the head to head battle with veteran Patrick Parfrey will be one to watch. 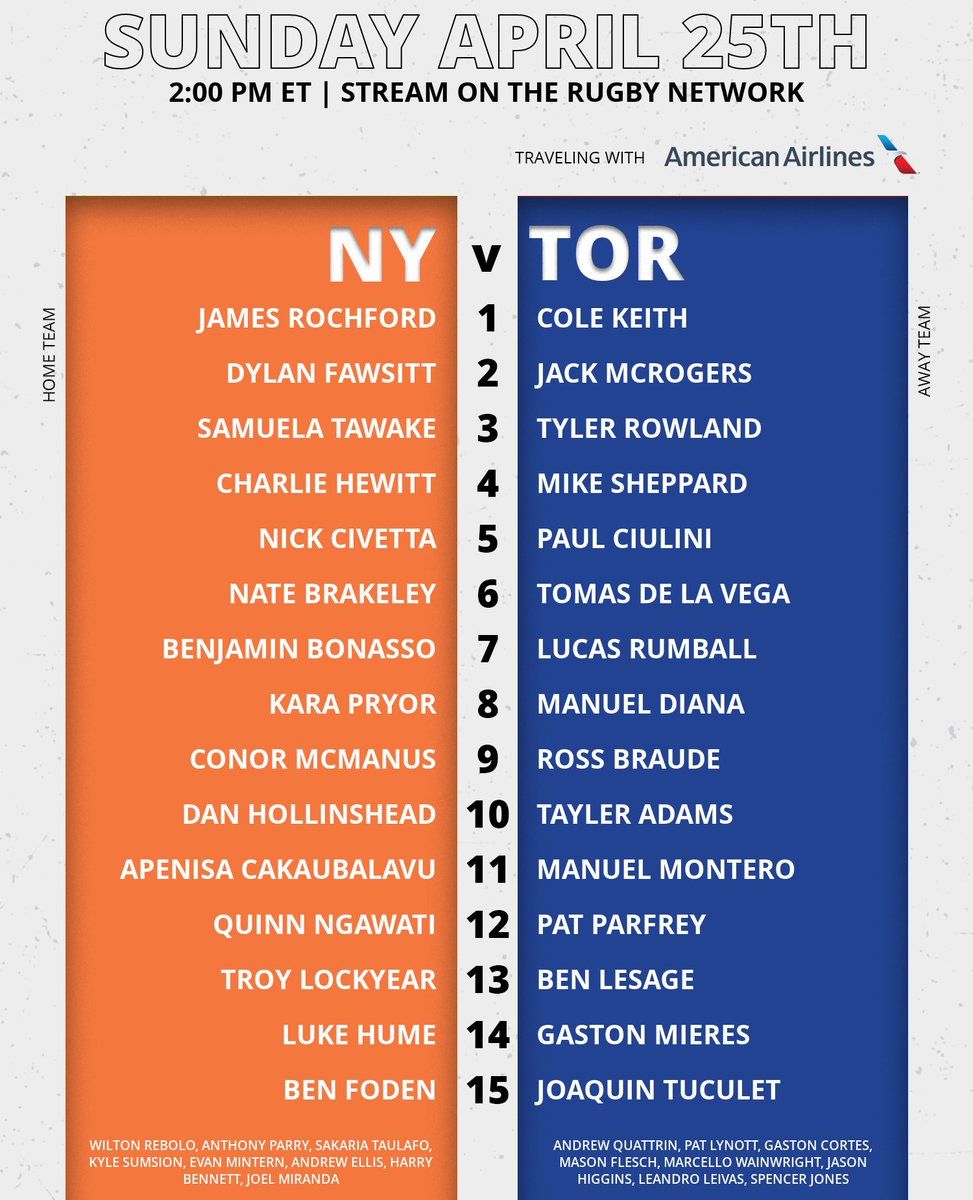 New England feature Josh Larsen at blindside flanker in this match. DC have no Canadians in the match with neither Doug Fraser or Ciaran Hearn showing in the match 23. 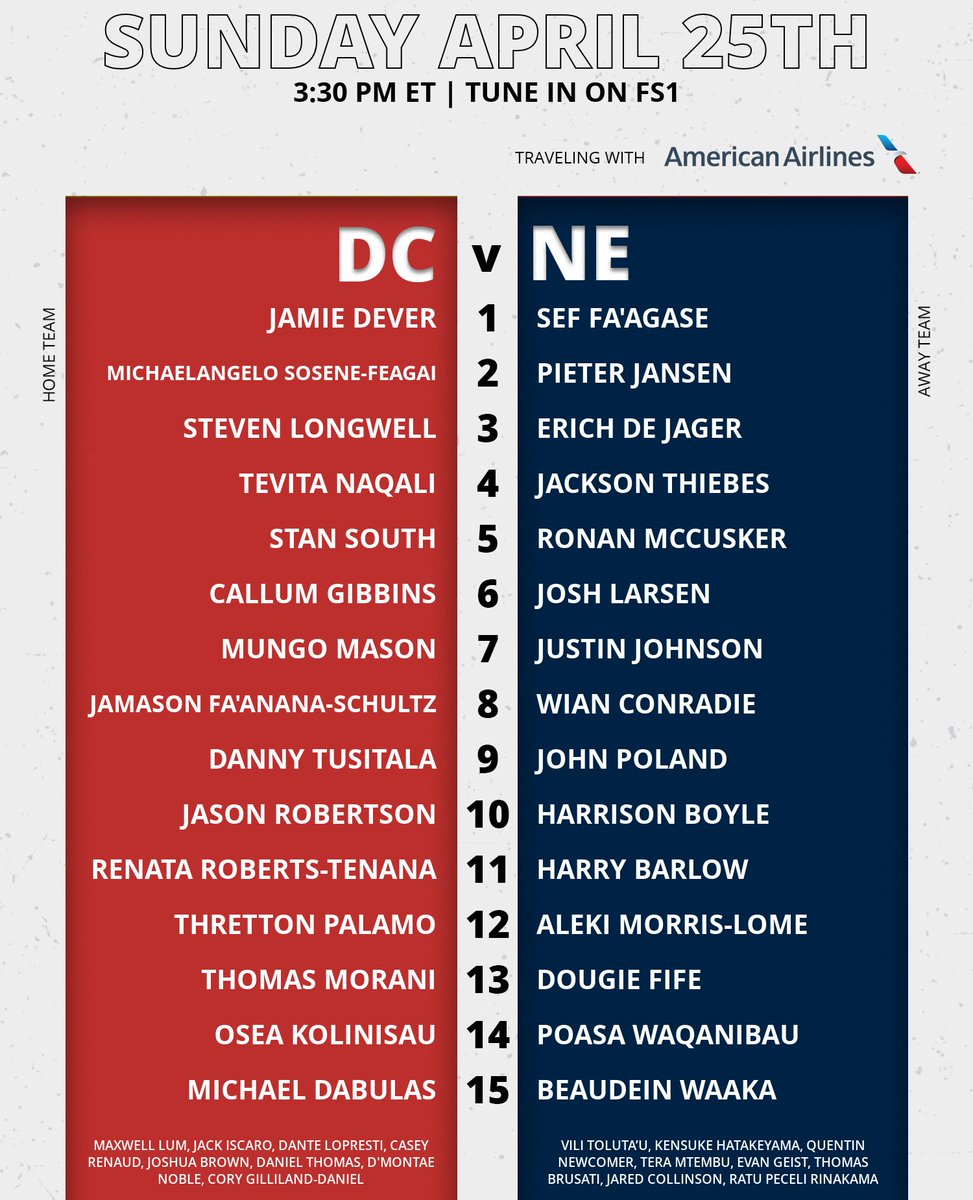 Austin the third team this week to feature no Canadian content, a first this season. Seattle just have two Canadians on the bench as front row replacements, Djustice Sears-Duru and Jake Ilnicki. 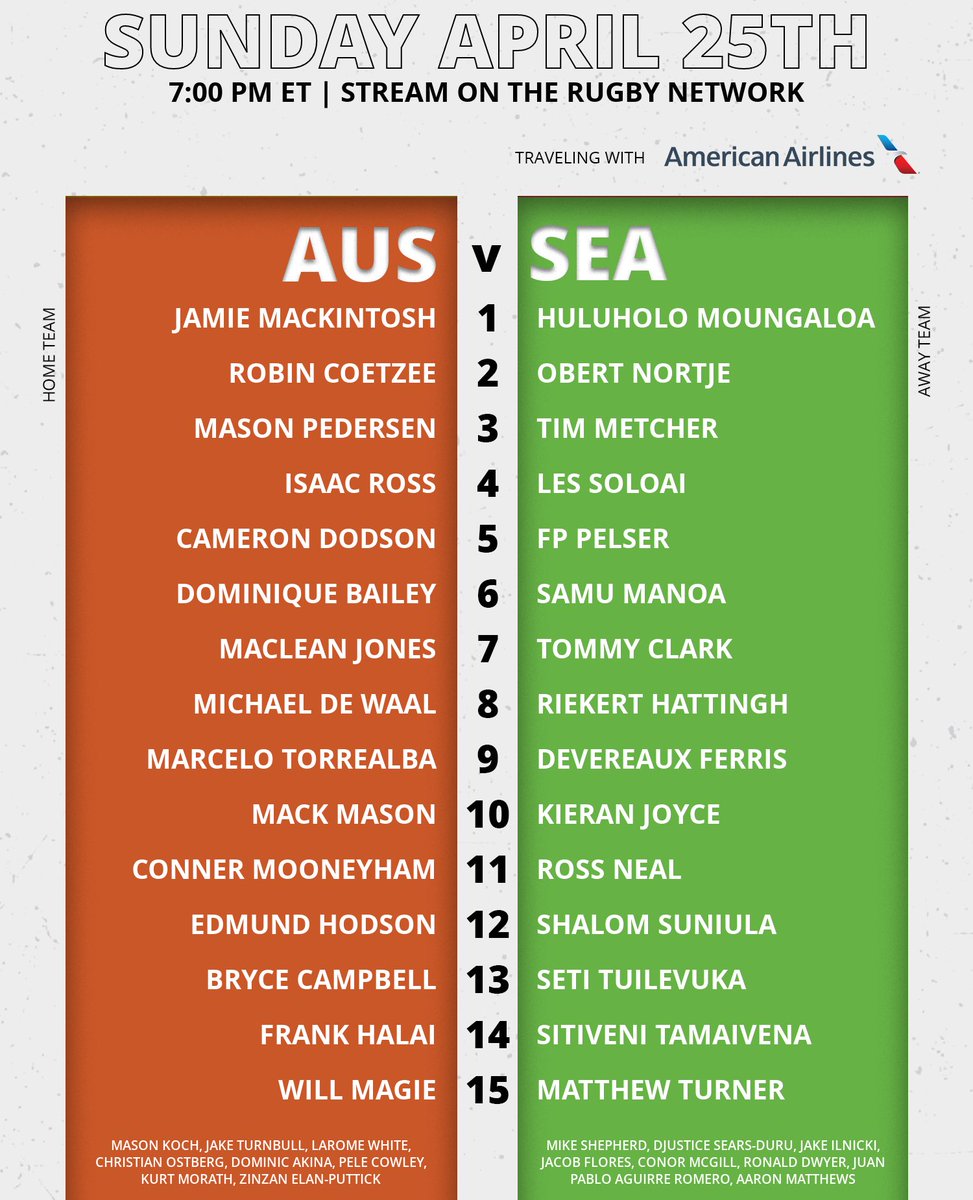