LA go to 6-0 and have a point differential of +146. They are favourites to claim the 2021 title if their key players stay healthy.

NY moved up to 3rd place with a come from behind win over Seattle. Josh Larsen's New England team remain in the hunt with a win over San Diego.

The highlight was the first MLR start by Victoria's Lockie Kratz in New Orlean's win over Toronto. The UVic player was originally slated for the NOLA Reserves bench but a late injury gave him the start and he put in a solid 80 minute shift.

There are 11 weeks remaining in the 18 week season with the top two in each conference going to the playoffs. 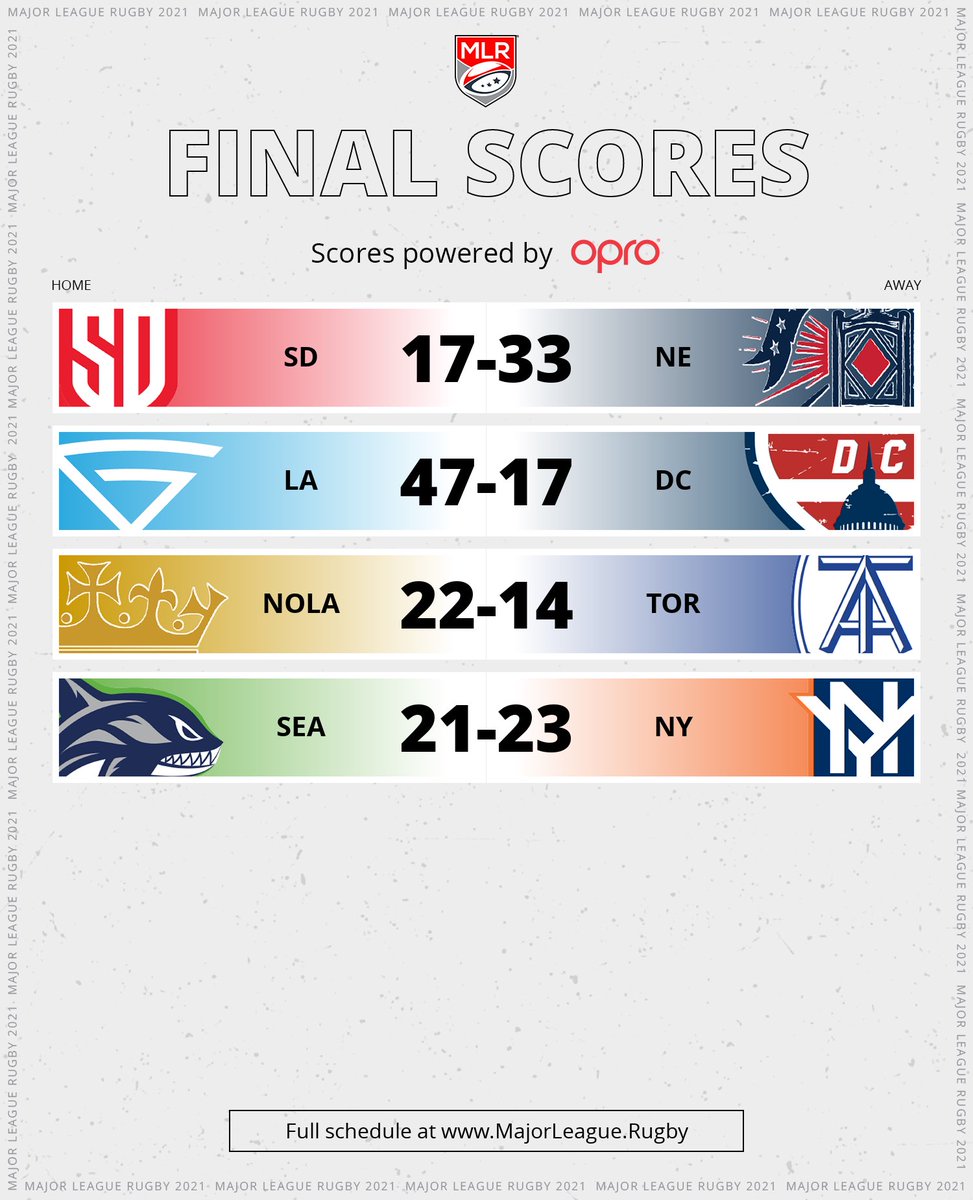 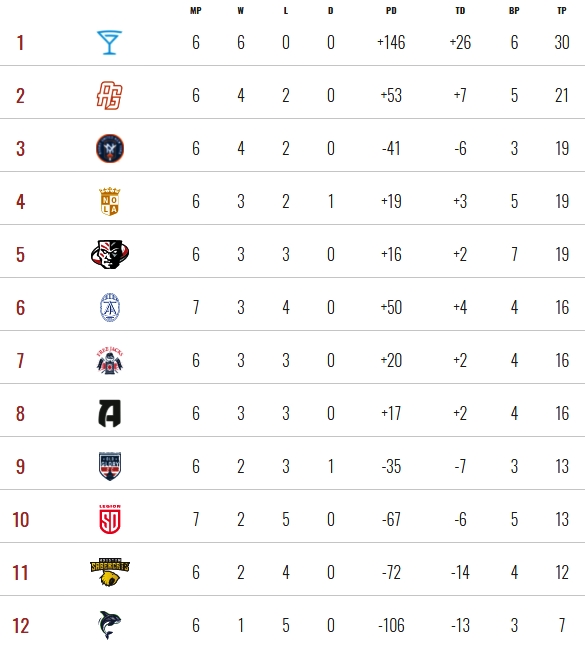 In Week 7 LA will try to maintain their unbeaten record at home against DC in a double header with San Diego also hosting New England. On Sunday Toronto will visit New Orleans and Seattle will have their first home game, hosting New York 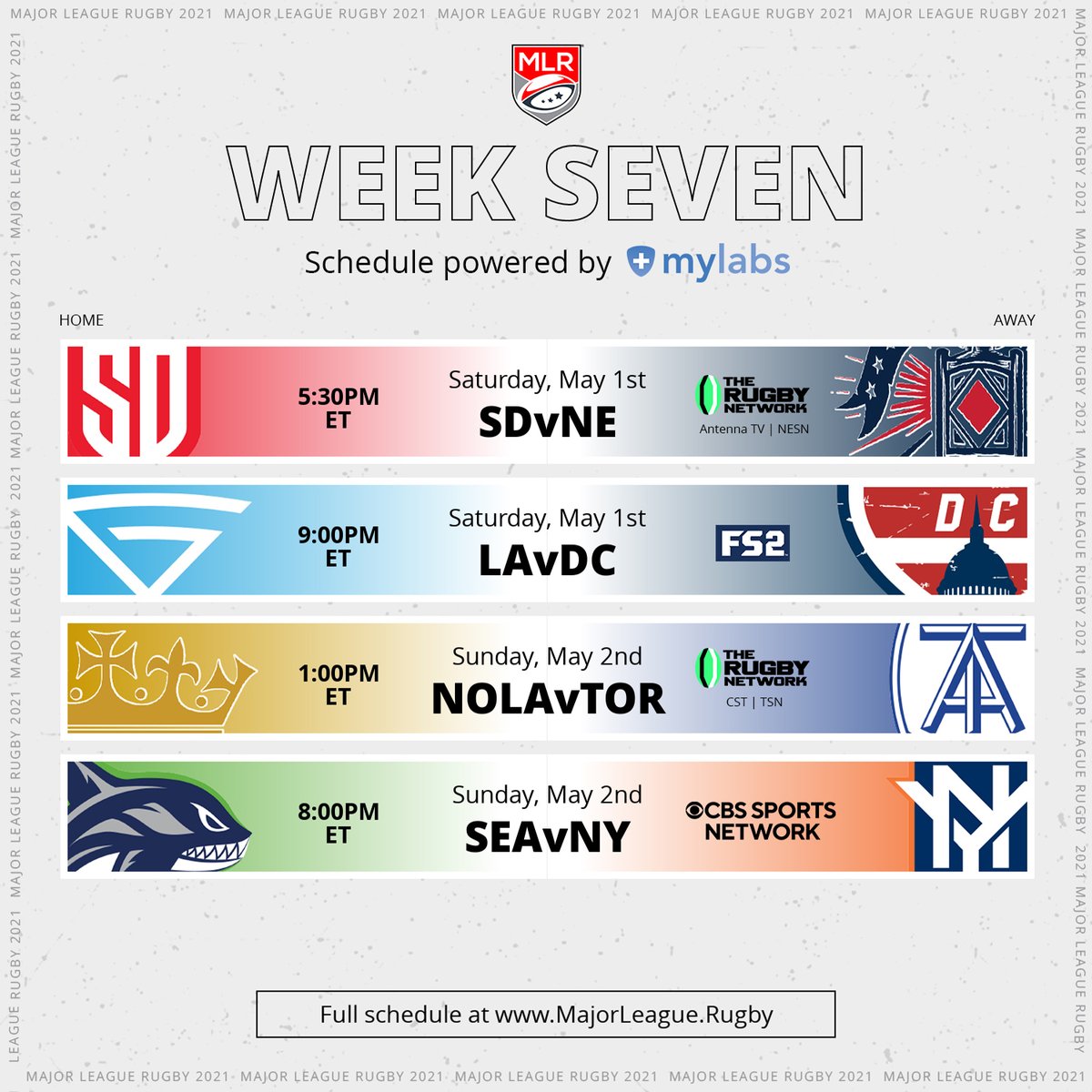 New England feature Josh Larsen at starting lock while San Diego have Michael Smith and Travis Larsen in the Reserves. 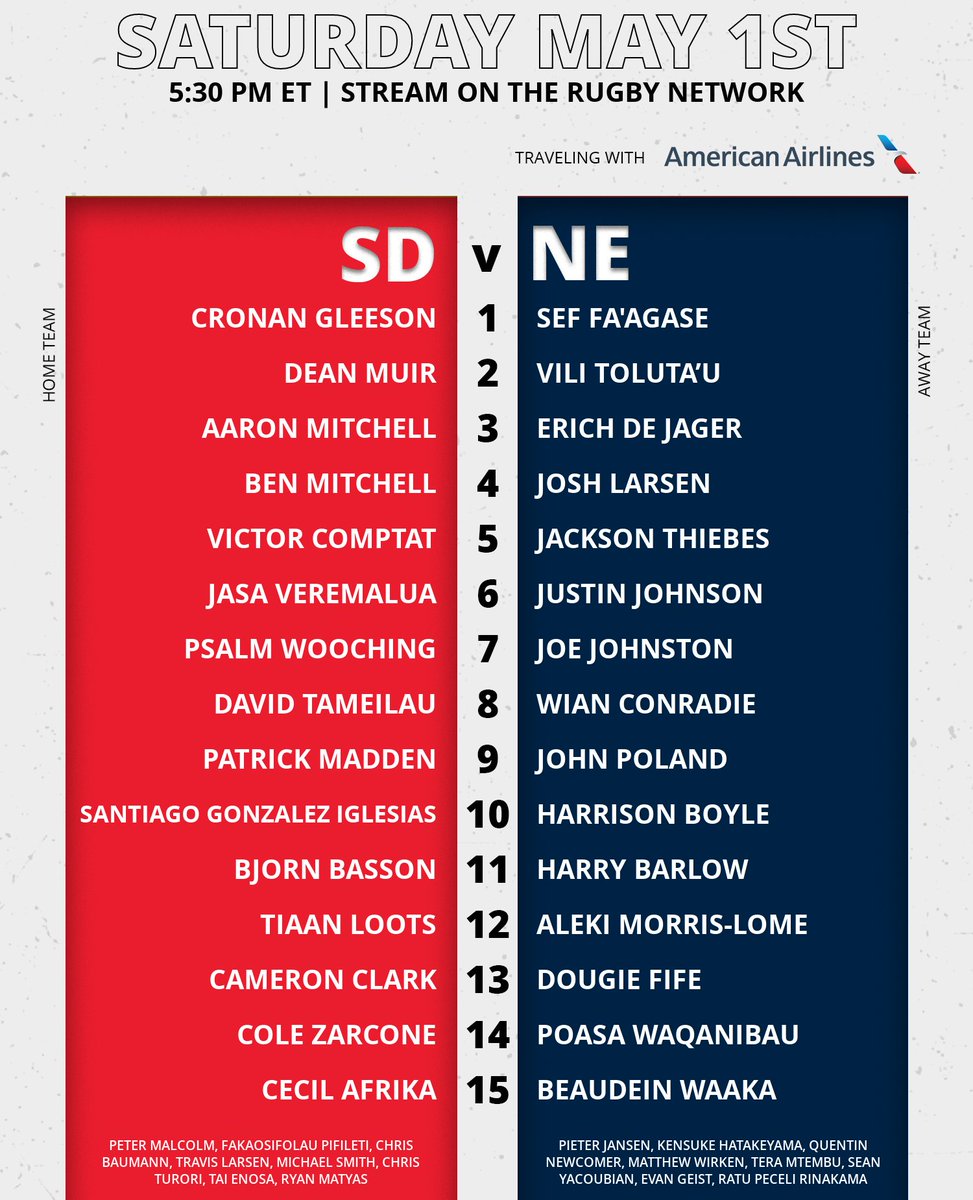 Old Glory without any Canadians in the roster as Doug Fraser, Luke Campbell and Ciaran Hearn are absent from the match day 23. LA features DTH starting on the wing and Canada eligible Corey Thomas at blindside flanker. 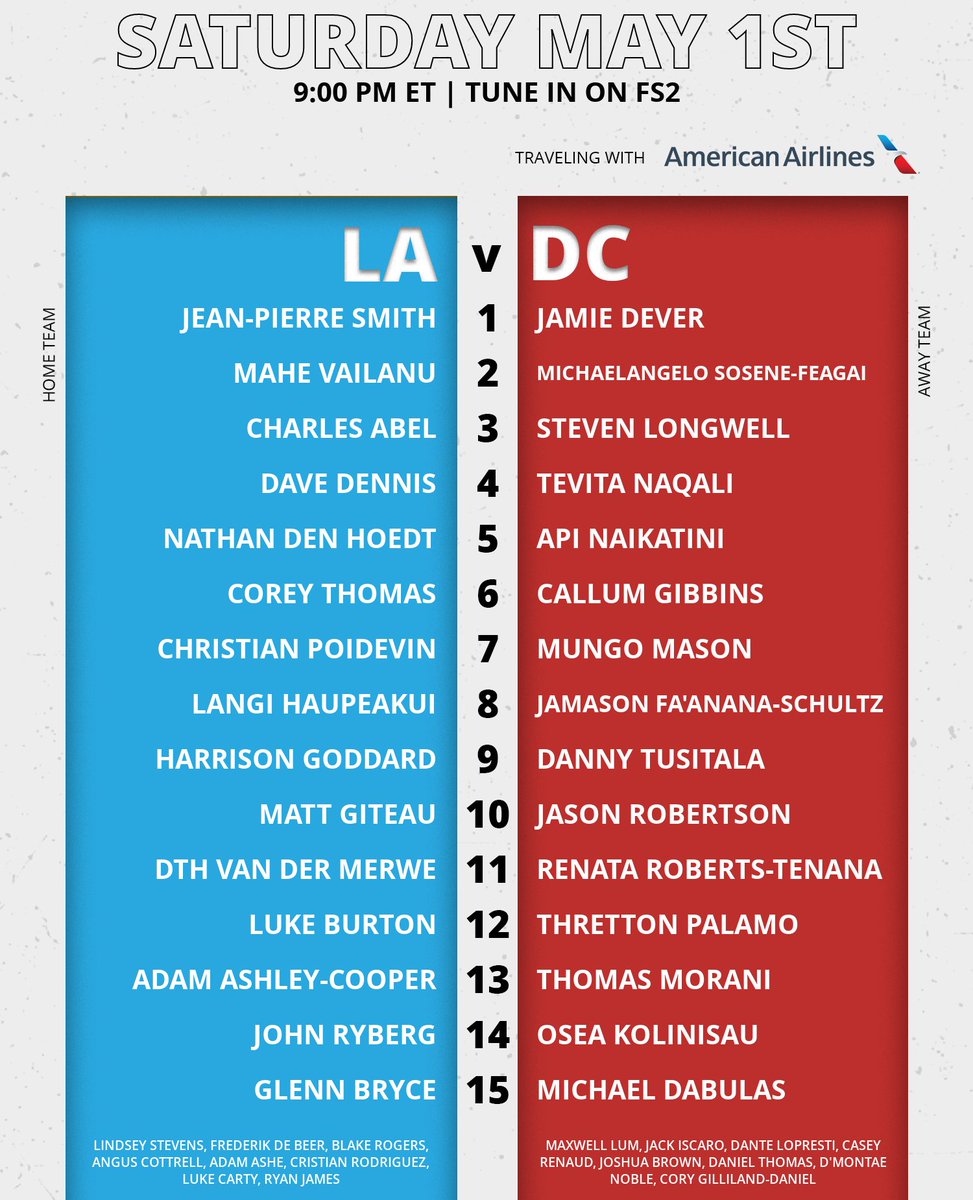 Toronto features 8 Canada-eligible starters, Lucas Rumball and Ben LeSage have been playing particularly well. The four Argentina and two Uruguay players have been key in Toronto's recent form, scoring 5 of the 7 tries in their last match vs NY. NOLA feature 3 Canadians, Eric Howard and Kyle Baillie starting in the forwards and the first appearance of Victoria's Lockie Kratz in the centres. 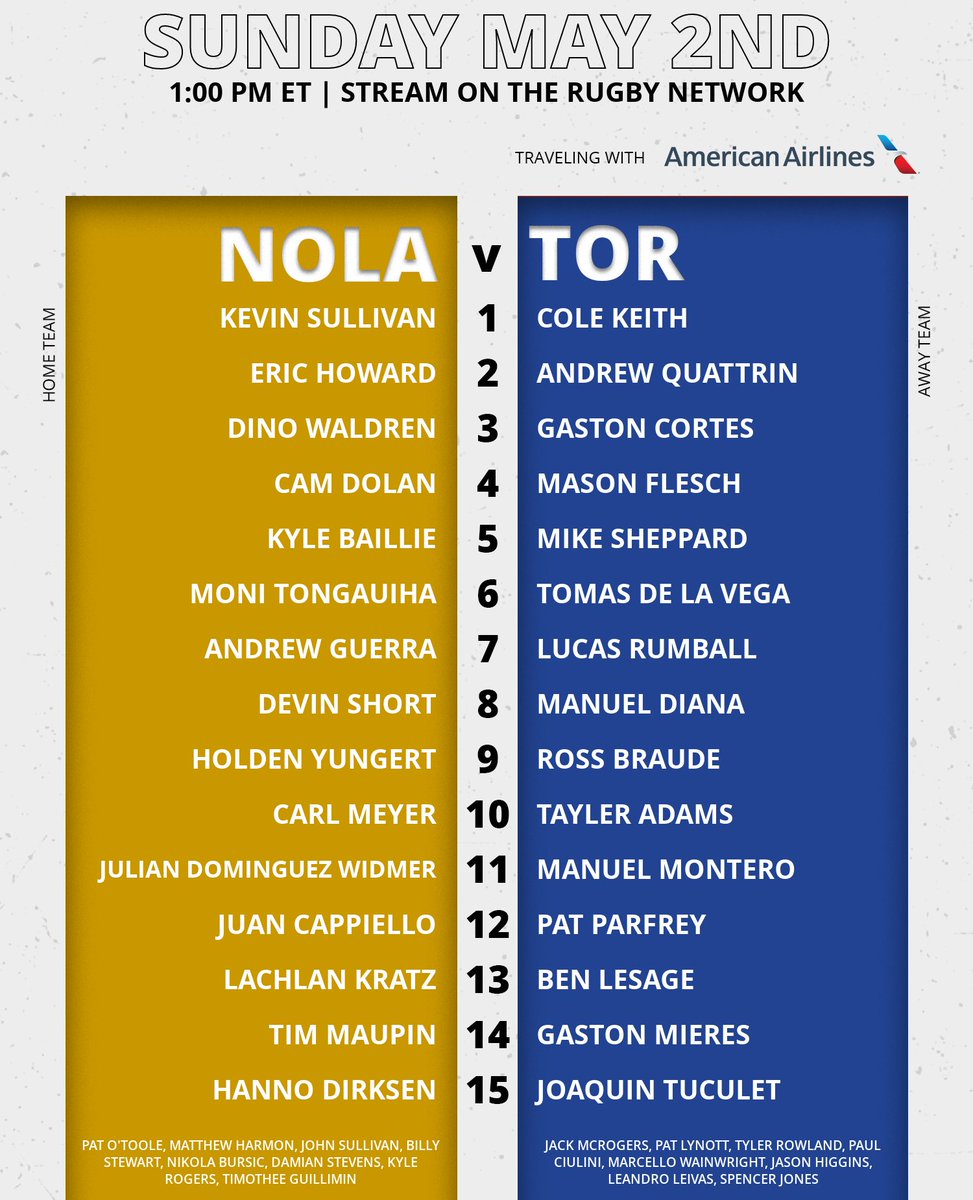 The first home game for Seattle who have been off form so far this year. Djustice Sears-Duru and Jake Ilnicki get the start in the front row with George Barton in the Reserves. For New York Quinn Ngawati starts on the wing. 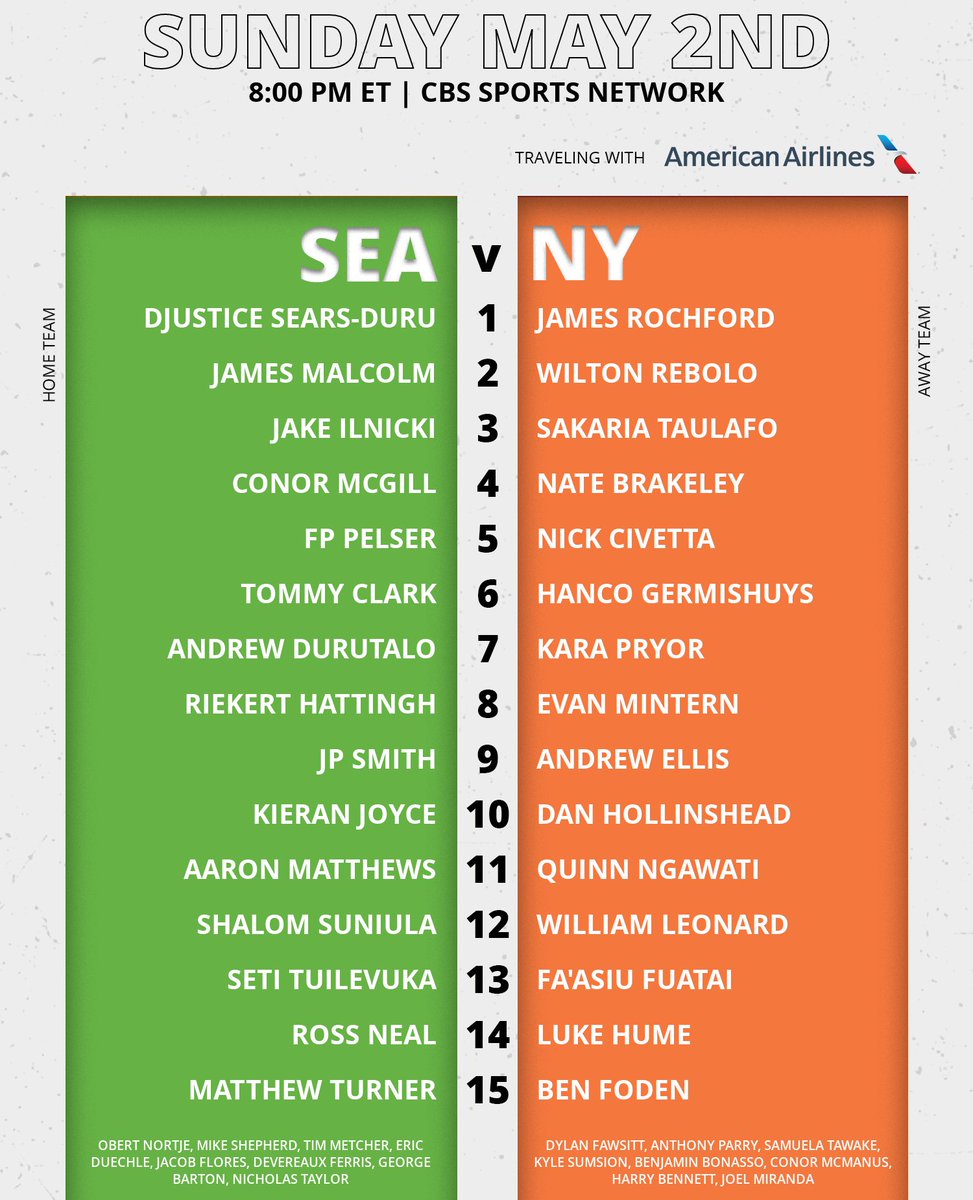