There's 3 weeks left in the regular season with some teams down to 2 matches left. LA and Utah continue atop the West division with Austin still in with a chance if Utah stumble in their remaining two matches. It's looking a high probability of a LA and Utah 1/2 finish in the West. Utah play Atlanta and LA in their remaining matches, two tough games. Austin finish against LA and DC while LA have NOLA, Austin, Utah. LA needs to win 2 of those 3 matches to assure top spot. 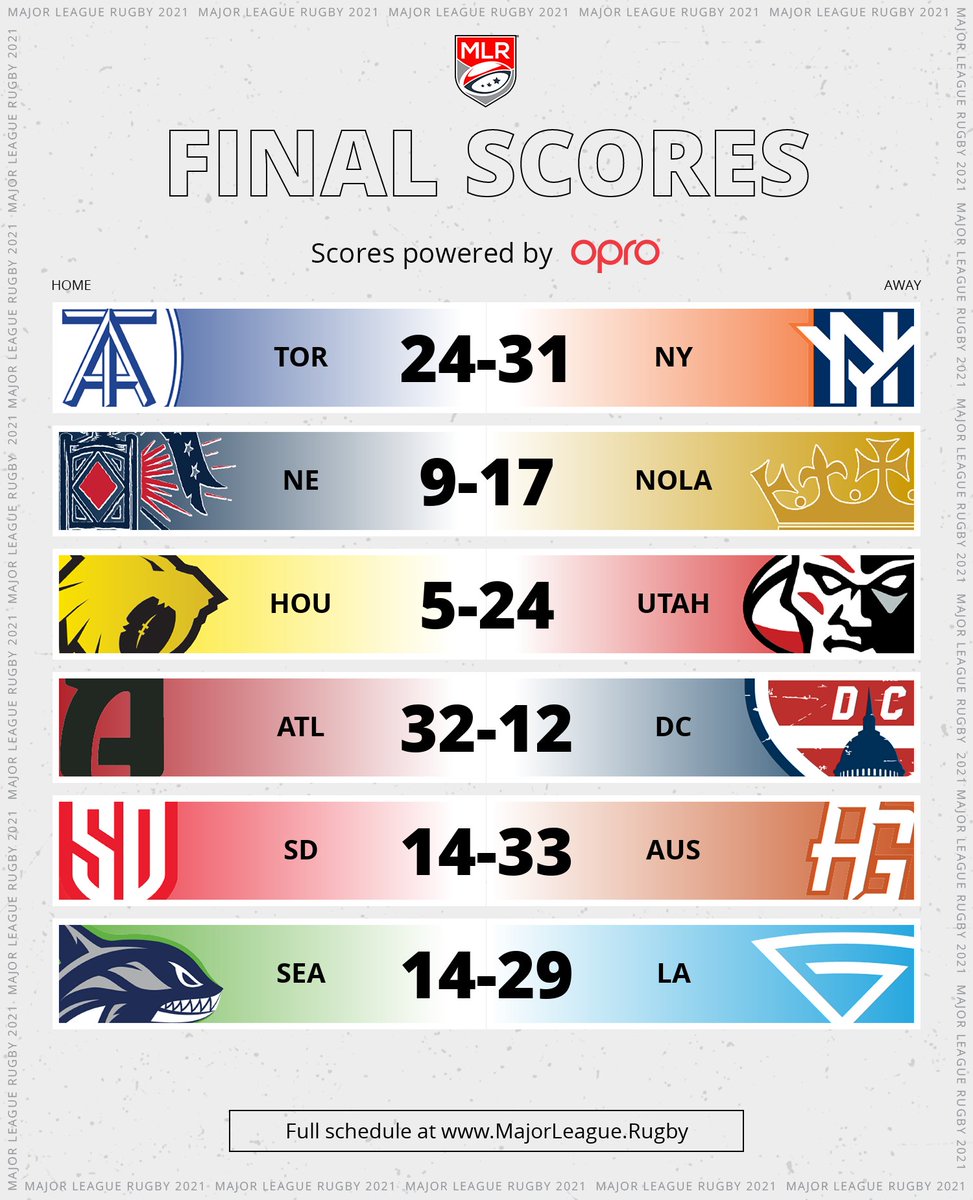 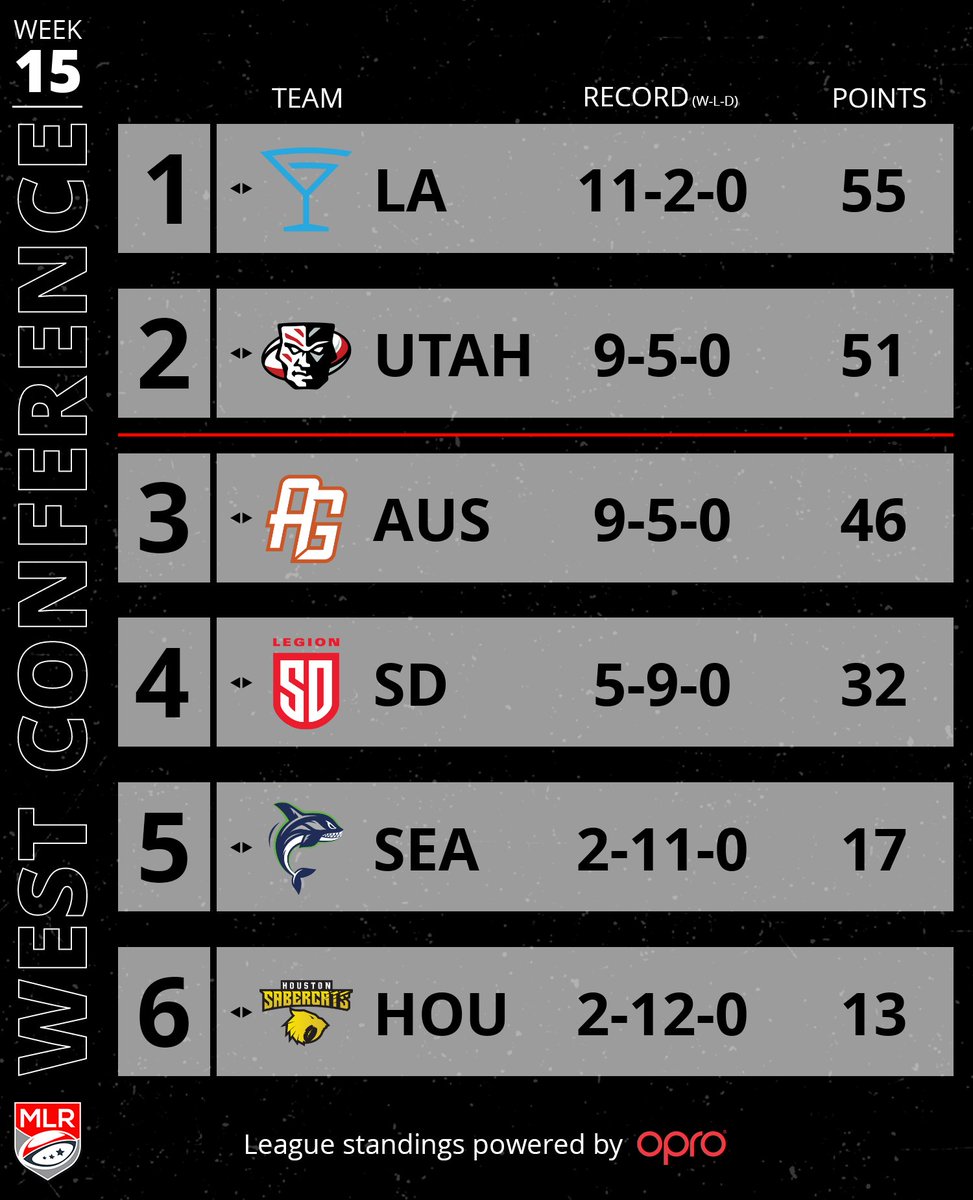 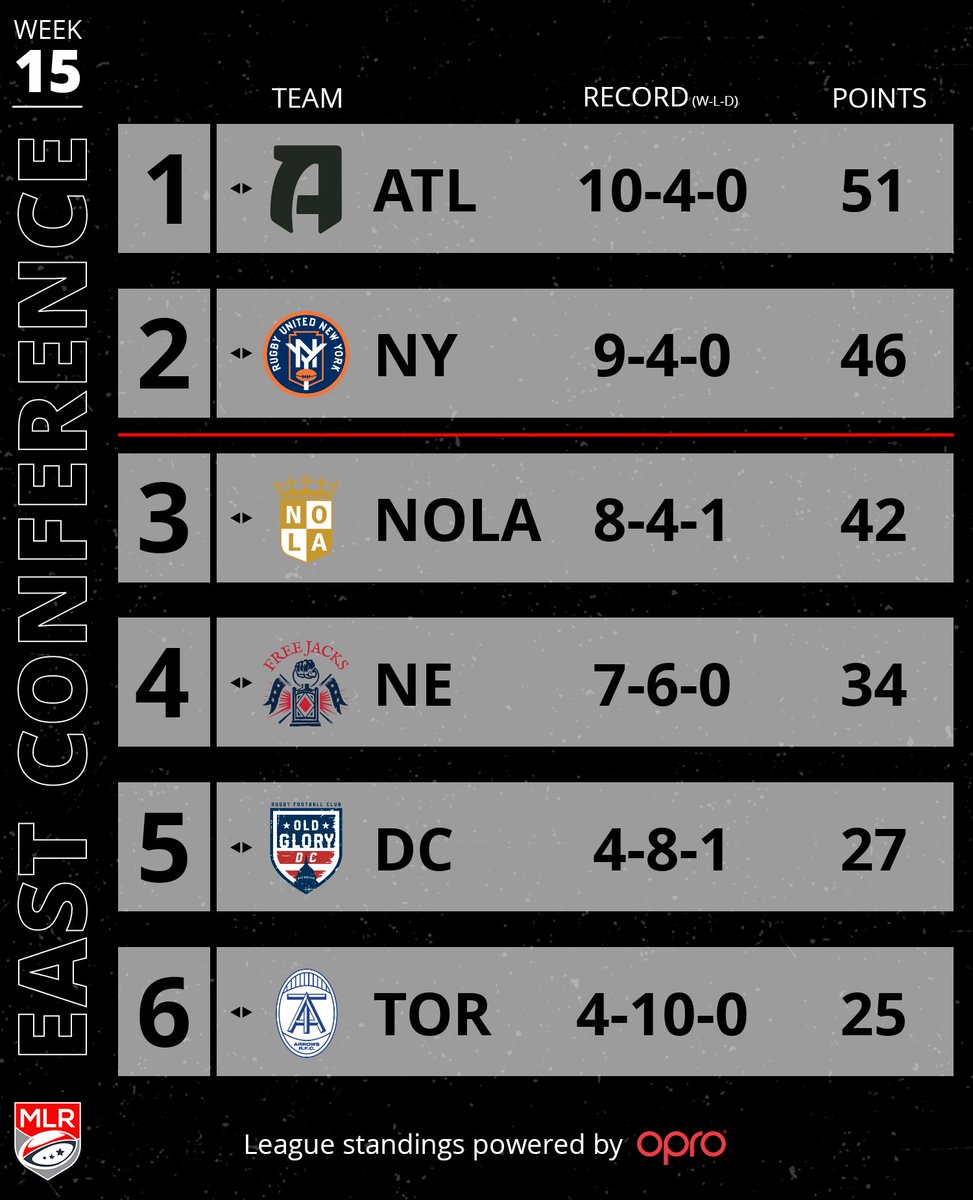 Most of the Canadian players selected for the national team have been given a rest this weekend with a few exceptions from the NY v Toronto match. The four teams looking to lock up playoff spots are LA and Utah in the West and Atlanta and New York in the East.

Quinn Ngawati gets selected on the wing for New York, a position he might get selected for in the matches versus Wales and England in the following weeks. The players selected to play MLR on Saturday will likely be on the plane on Sunday to show up for training on Monday in Wales. Toronto have rested Lucas Rumball and Ben LeSage a couple of key players for Canada but Tyler Rowland puts in a shift at tighthead before getting on the plane as does Will Kelly at #10. BC's Ollie Nott gets called into the squad to cover for the missing test players, he's in the Reserves likely to come in as a flanker.

Both Eric Howard and Lockie Kratz have been given the weekend off by NOLA and likely are already heading to the UK. The same can be said for Josh Larsen the Canadian second row who doesn't show in the match day 23 for New England.

Houston have given Lucas Albornoz, Liam Murray and Rob Povey the day off as they link up with the Canada team in Wales. Nik Hildebrand, who wasn't selected for Canada, gets the start at tighthead. Fraser Hurst has also been rested by Utah as he looks forward to his Canada debut.

Doug Fraser gets rested as he prepares to meet up with the Canada team. Ciaran Hearn, who wasn't selected for Canada, gets the start at #12. For Atlanta both Matt Heaton and Conor Keys are rested as they prepare for a possible Canada selection versus Wales.

Both Cole Davis and Reegan O'Gorman are given the rest this weekend by Austin. San Diego aren't using Michael Smith this weekend either. So it appears Canada have an early release of most of their MLR players. 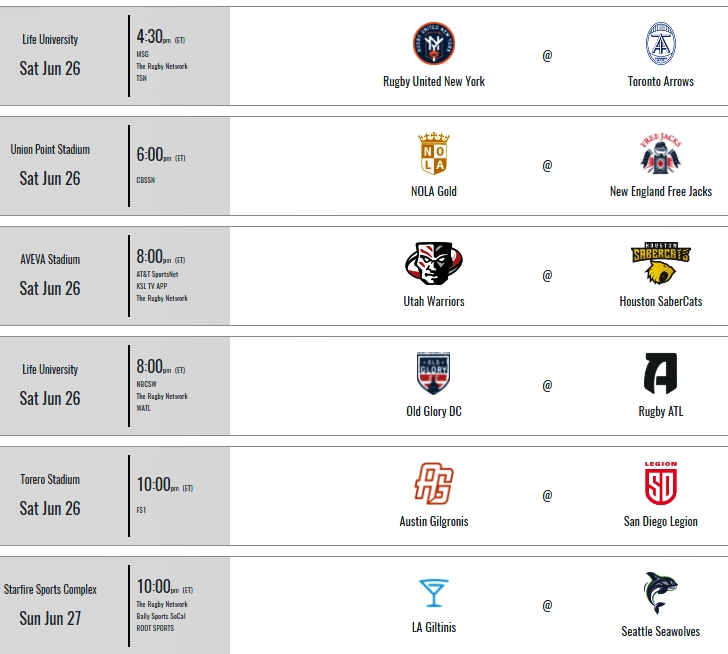