There's one week left in the MLR regular season but the playoff picture is already set. LA will go through as West winners and Utah as #2, Austin can't catch either team and will finish 3rd. 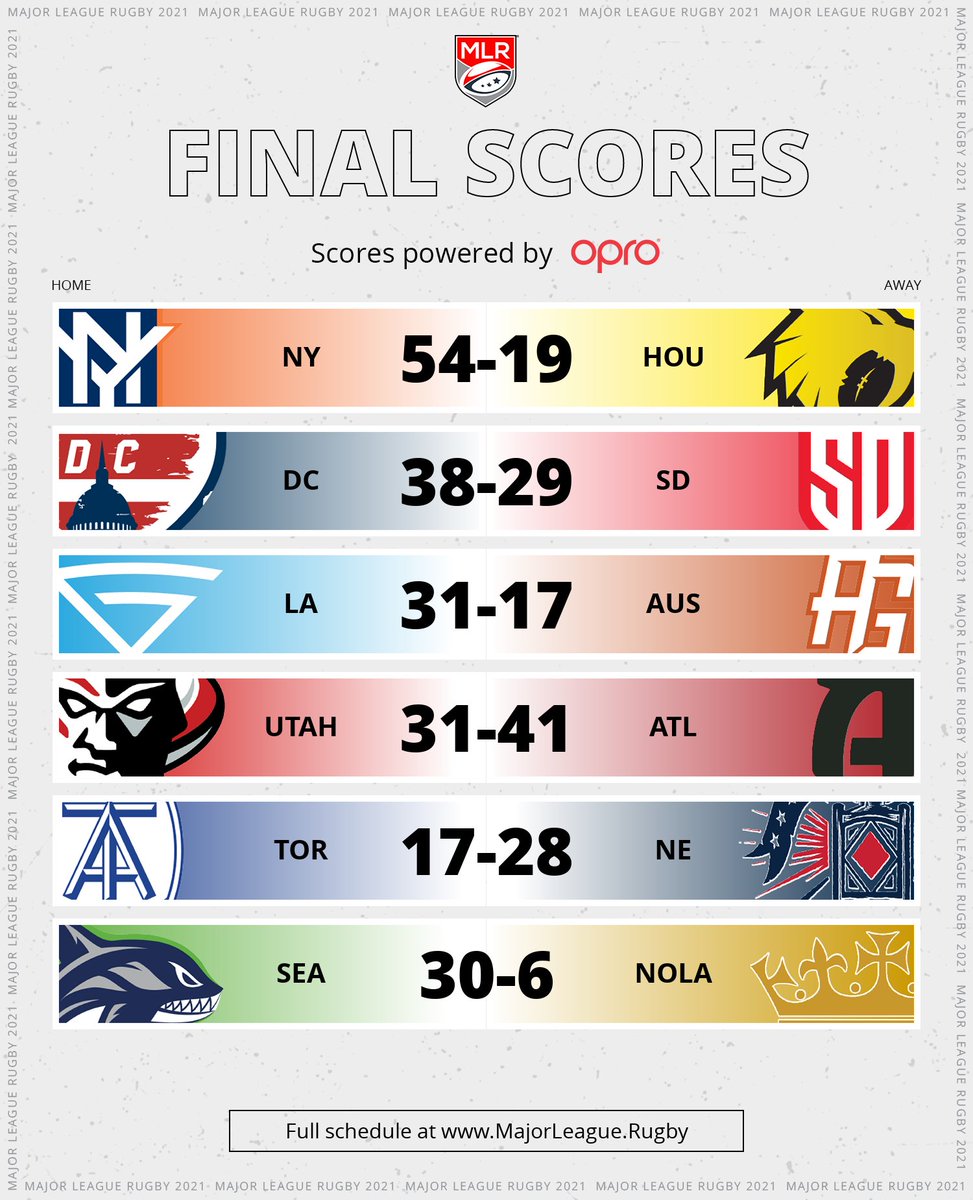 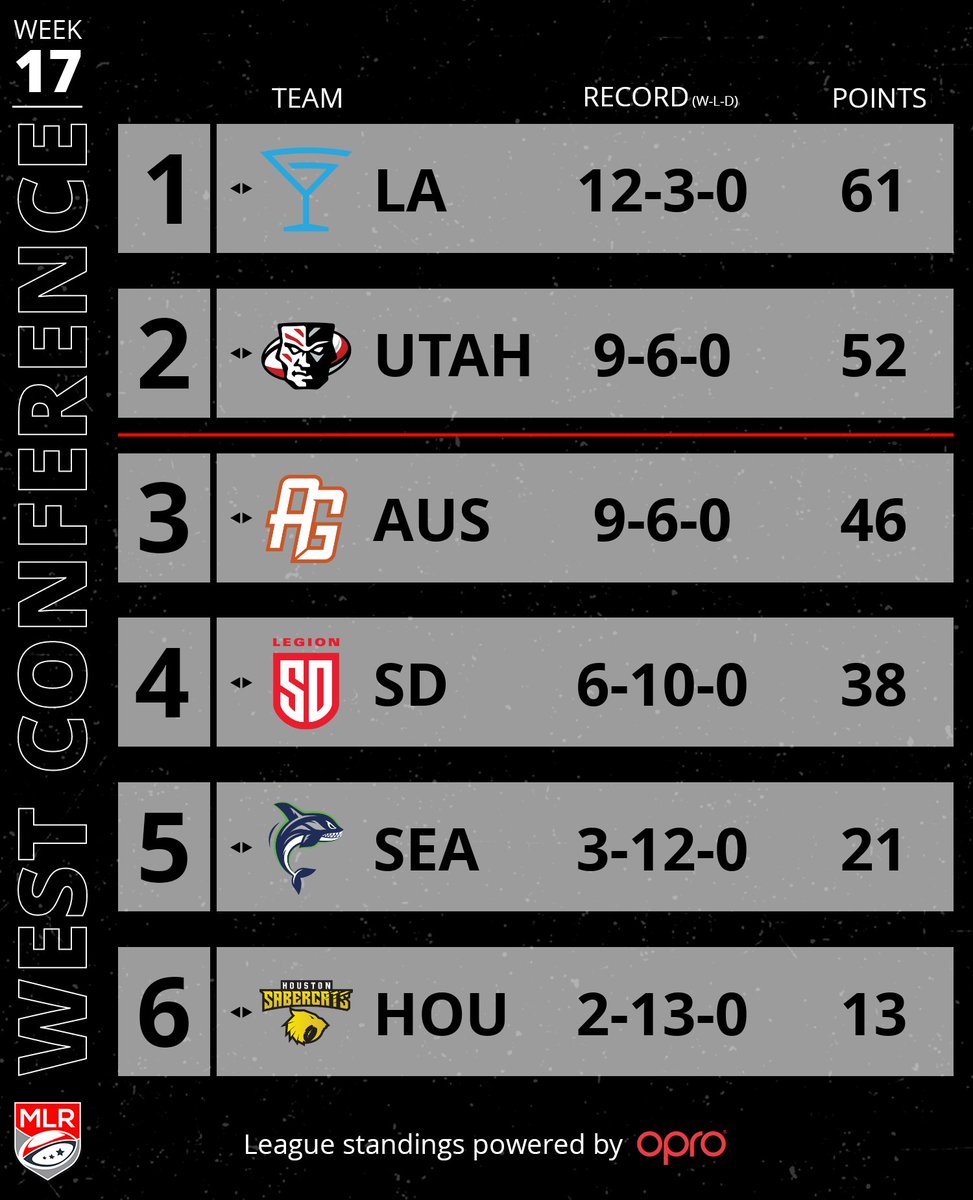 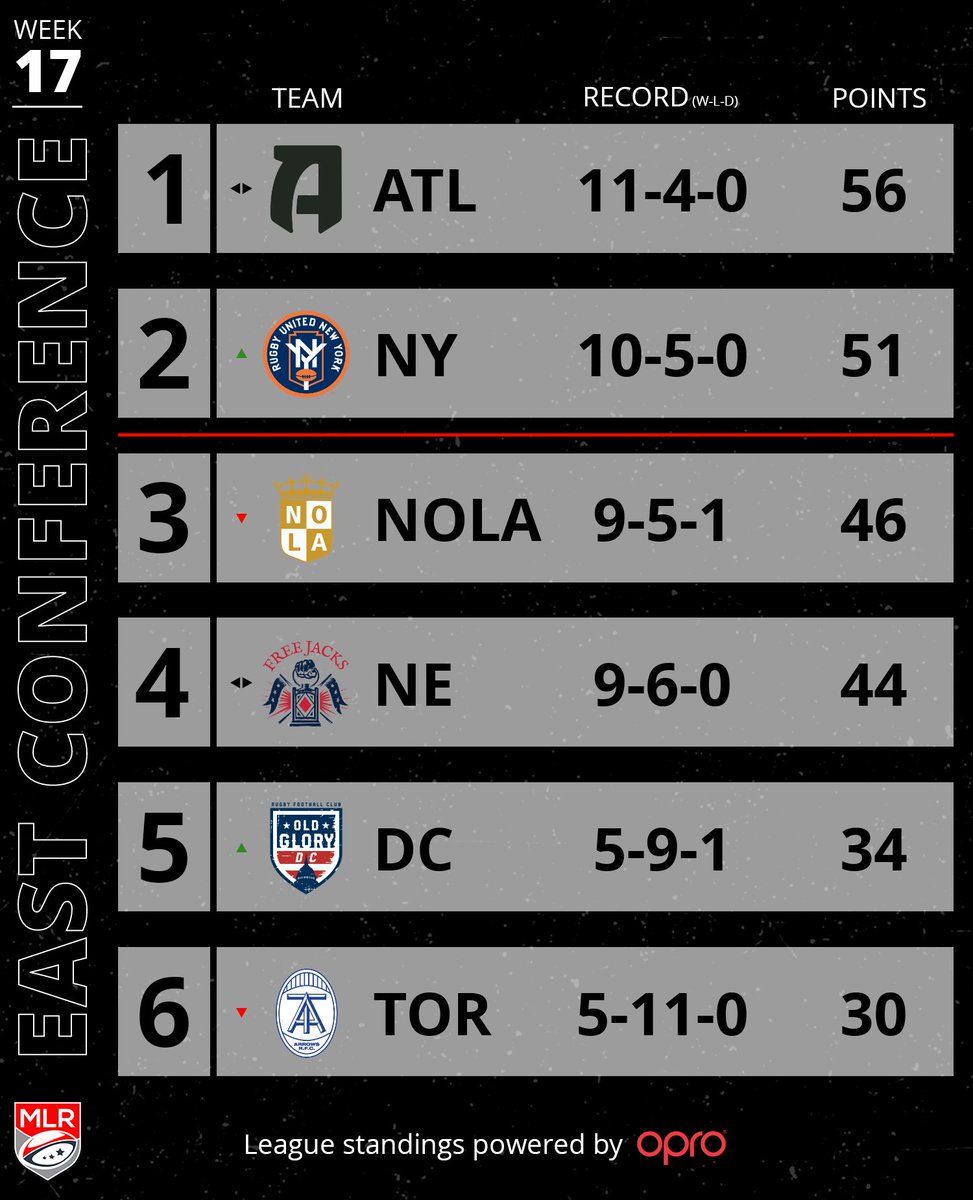 There are four Saturday matches and two Sunday matches. LA can lock up 1st place in the West with a BP win against Austin, and also take Austin out of the playoff race. A win by Austin will make it interesting and all to be decided in the final week of play.

New York need a win against Houston to stay in the playoff race and the Utah v Atlanta match will have an impact on both the East and West playoff picture.

There aren't many Canadians in the MLR rosters this week outside of Toronto who haven't announced their Sunday roster yet.

Nik Hildebrand starts at loosehead for Houston against NY and Ciaran Hearn is at inside centre for Old Glory DC against San Diego. DTH starts on the wing for LA against Austin. 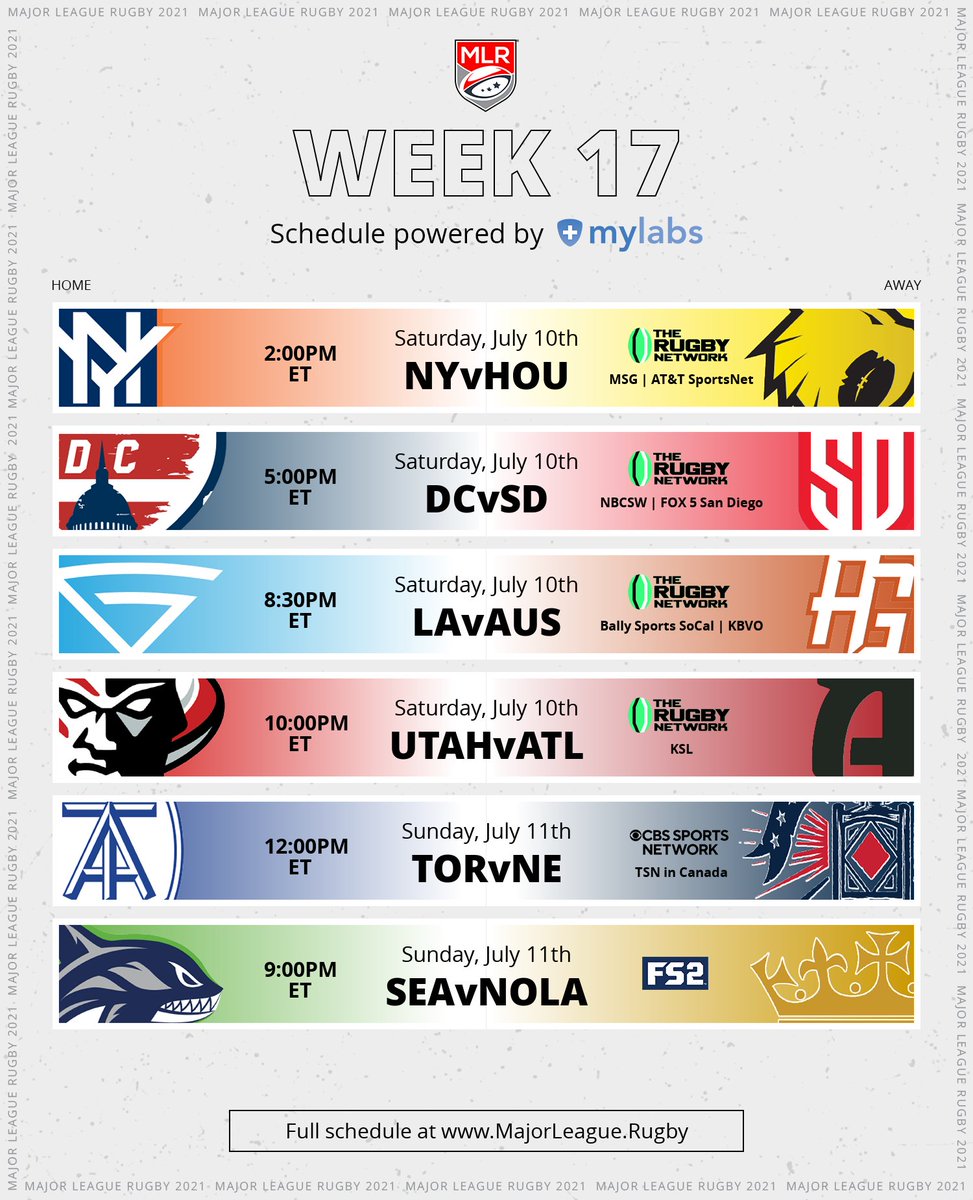