With the playoff picture set, the last week of the regular season had some upsets as playoff teams rested key players.

There will be a few Canadians represented in the semi-finals next weekend. Expect DTH to start for LA at home against Utah. Fraser Hurst will likely be the reserve scrum-half for Utah. In the East Matt Heaton has reclaimed his openside flanker role for Atlanta as they host New York where Quinn Ngawati will likely start in the backline. 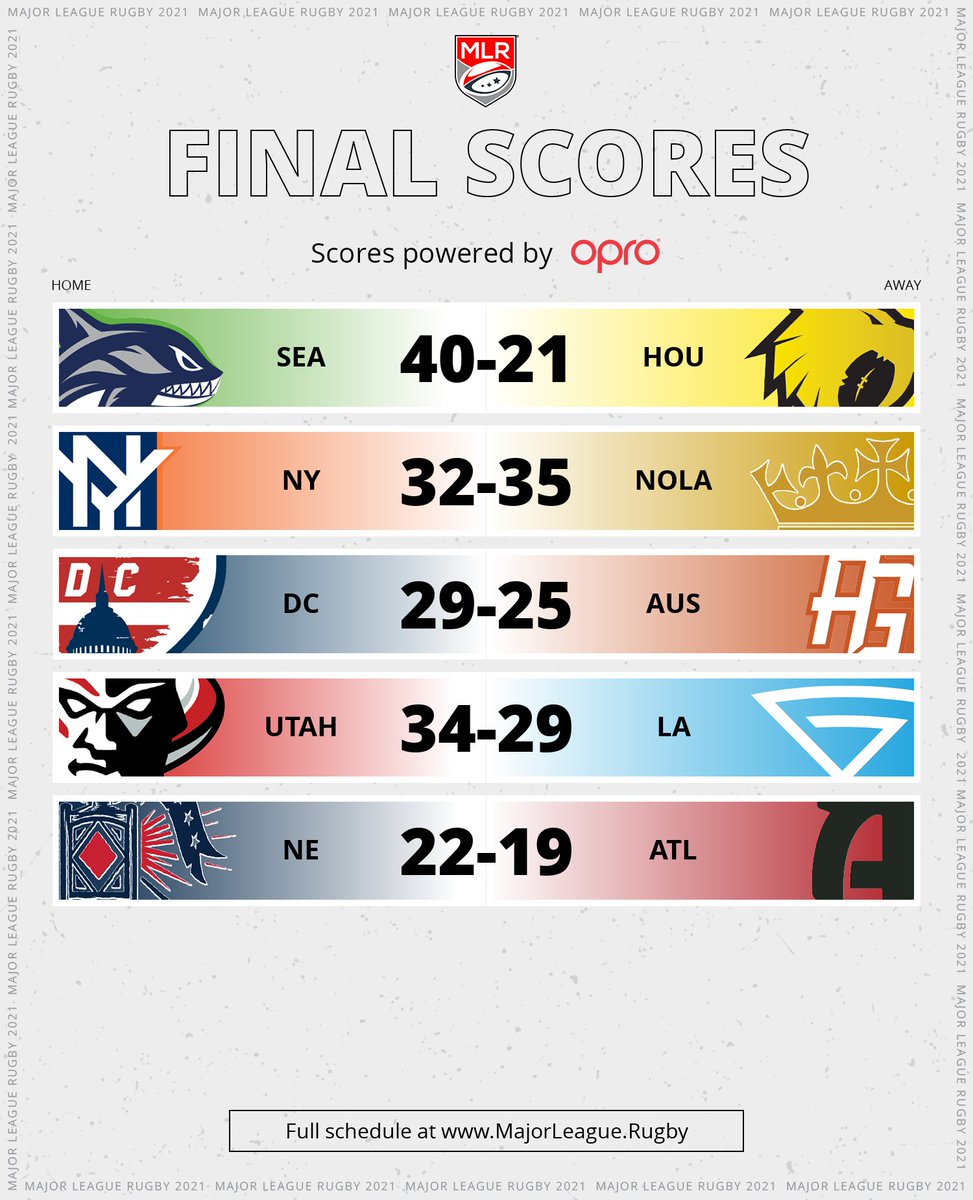 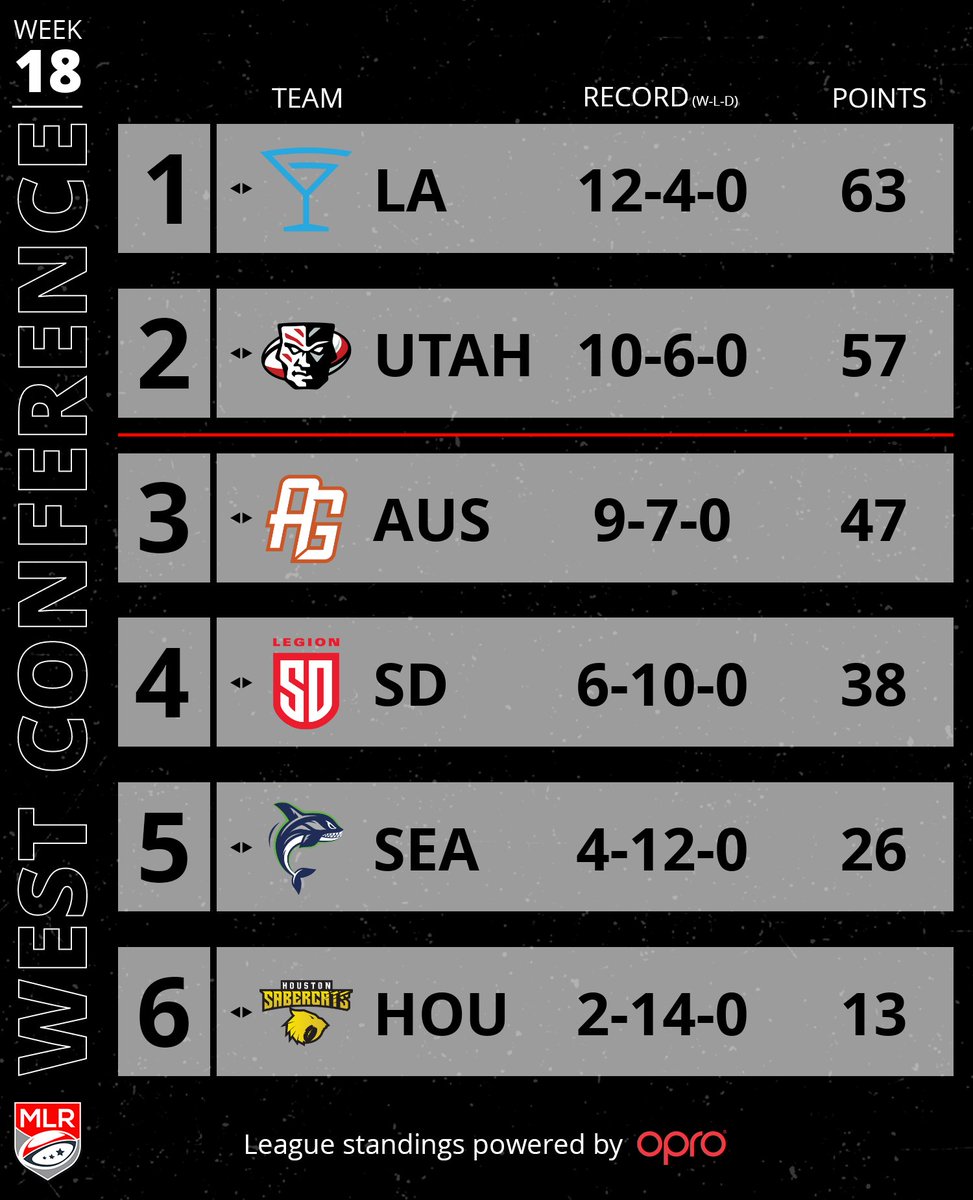 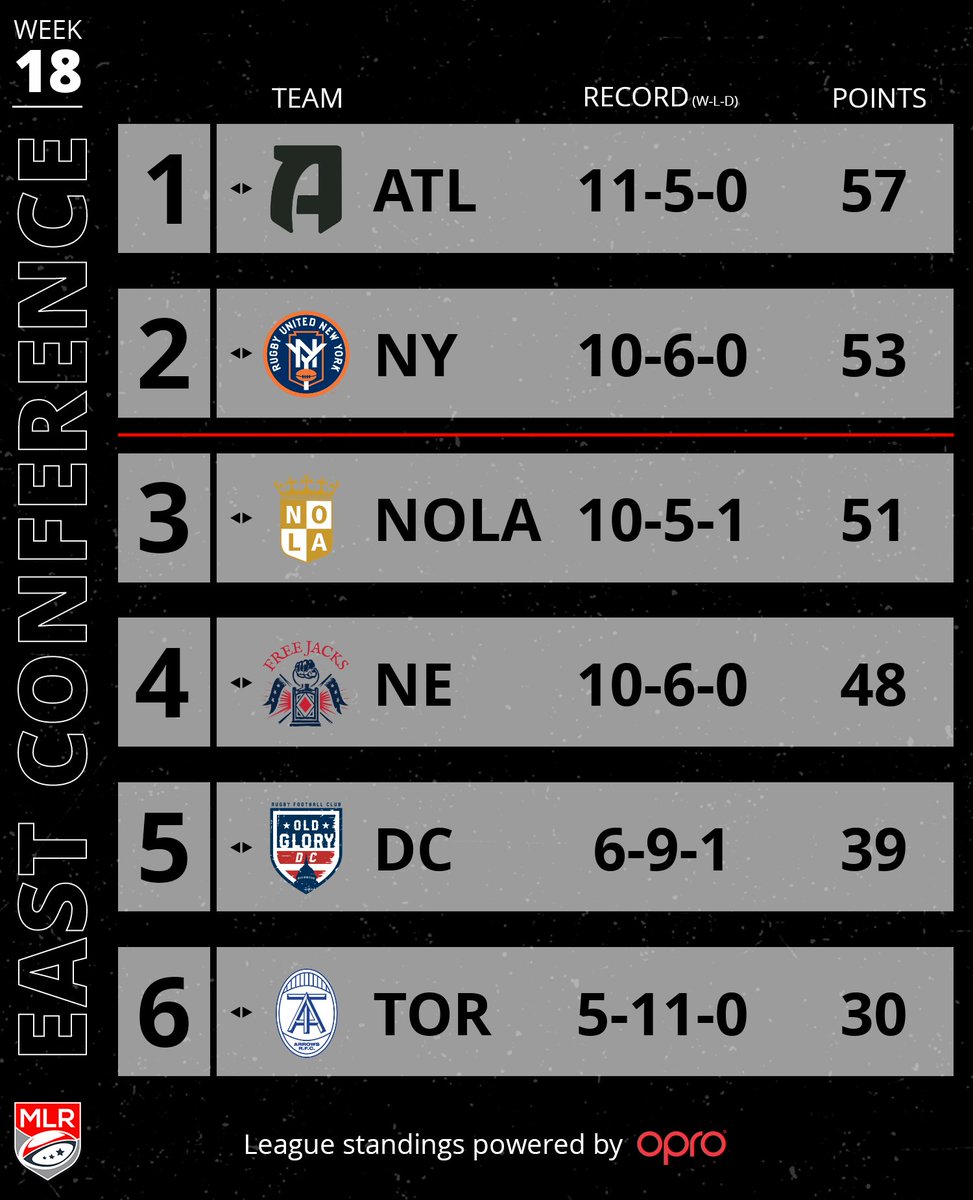 There aren't many Canadian players in action this weekend as the Toronto Arrows have concluded their season.

In the midweek match Rob Povey came off the bench for Houston in their loss to Seattle. The Seawolves had Karsten Leitner in the Reserves.

Quinn Ngawati made it back from the UK in time to suit up at inside centre for New York against NOLA. NY are 5 points ahead of NOLA for the final playoff spot and have a +38 point differential advantage. The only scenario we see NOLA beating out NY for the 2nd playoff spot is a +39 win, with no BP for NY. NY could conceivably take top spot if Atlanta loses to New England with no BP and NY wins with a BP. It's likely NY @ Atlanta for the East final. None of the Canadian NOLA players are in the match day 23.

Ciaran Hearn starts at inside centre for DC in their match vs Austin.

The Utah v LA match will be a preview of the West final, except the venue will be LA. With LA clinching top spot and the division final at home they've rested most of their top players including DTH. Utah, playing at home, are going for the win and Fraser Hurst is in the Reserves.

The only match on Sunday is Atlanta @ New England. Those rosters haven't been released at the time of writing. 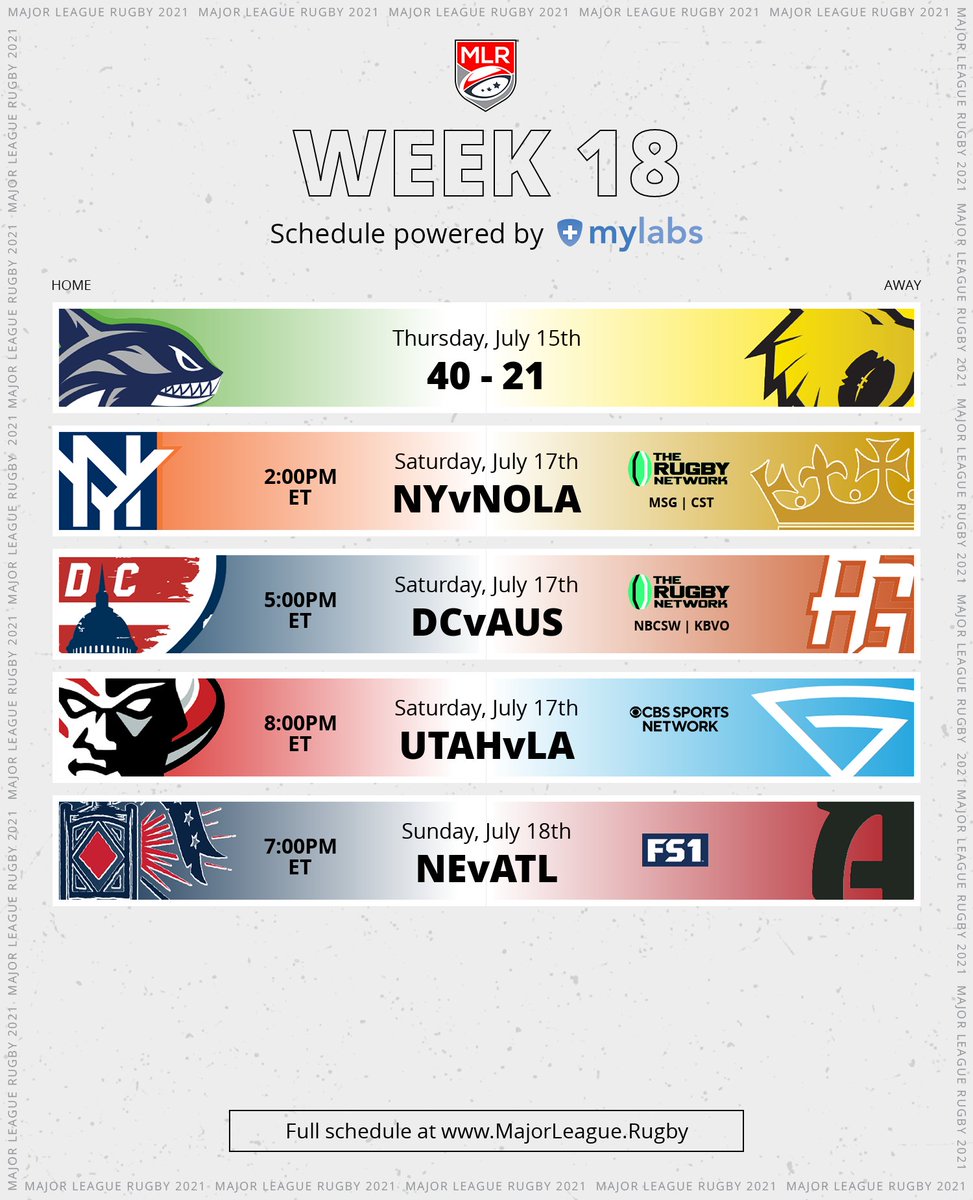