The match is to be live streamed on the Nova Scotia facebook page, www.facebook.com/RugbyNovaScotia 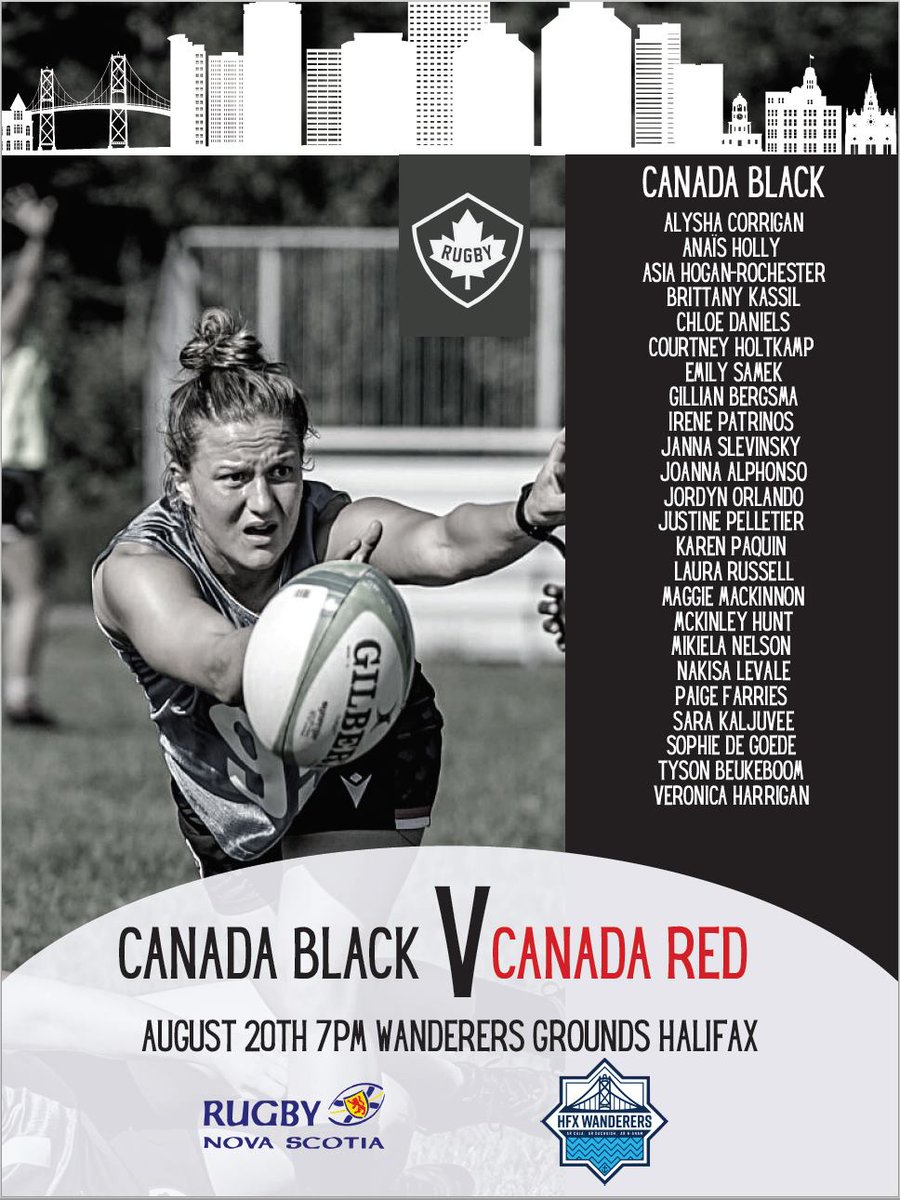 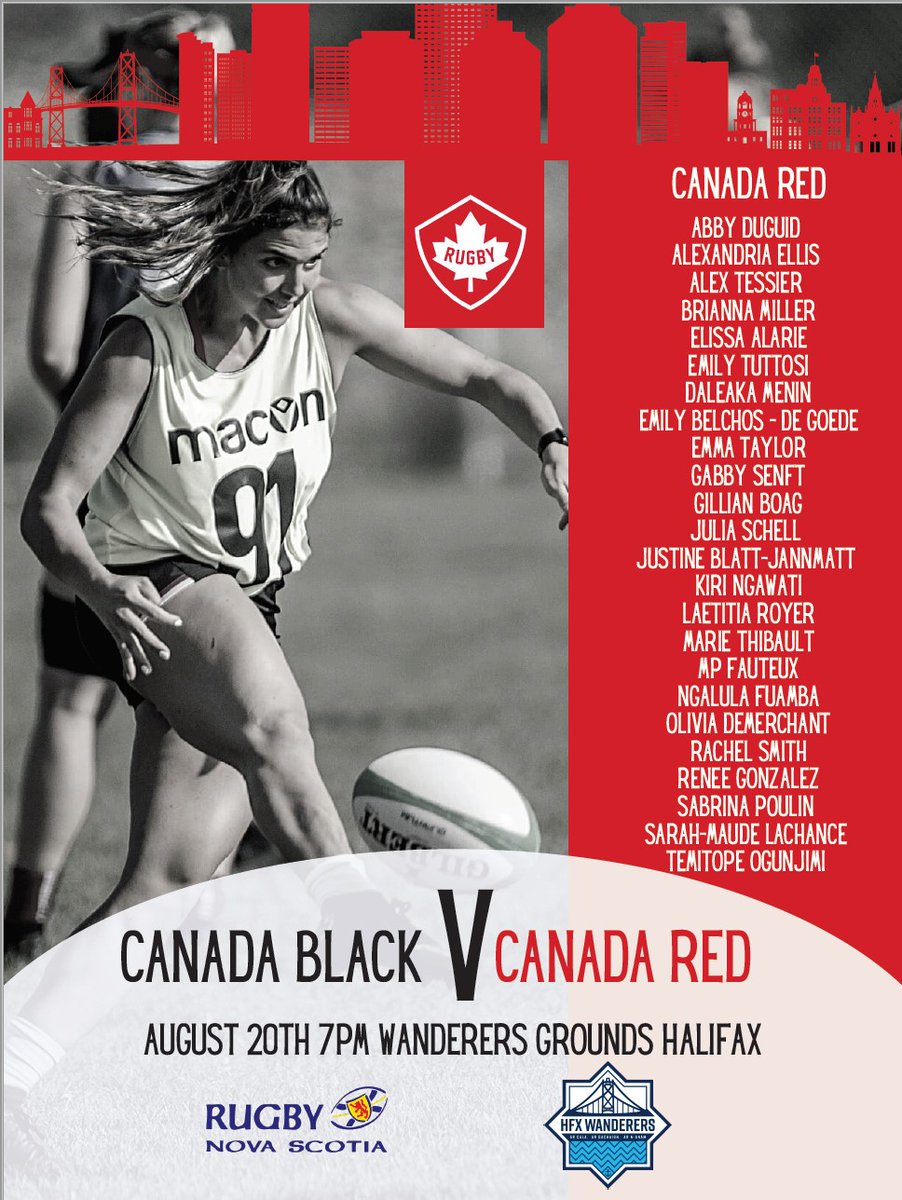 The rosters for the inter-squad match, designated Red v Black, won't be announced until a couple of days before the Friday match. The 48 players participating have been announced along with a list of 8 "Unavailable" players.

One prominent name missing from the 50+ players is Magali Harvey currently playing rugby in NZ for Auckland. It's unclear whether the 30 year old backline player is still in contention or not.

There are a number of 7s players who are on the list, participating are Elissa Alarie, Karen Paquin and Sara Kaljuvee. On the Unavailable list are Bianca Farella and Pam Buisa.

It has been a while since the women's XVs have played a match, below is the lineup from the Can-Am in November 2019. All the players in this lineup are in camp with the exception of Tausani Levale and Lori Josephson. Tausani's older sister Nakisa is in camp however. 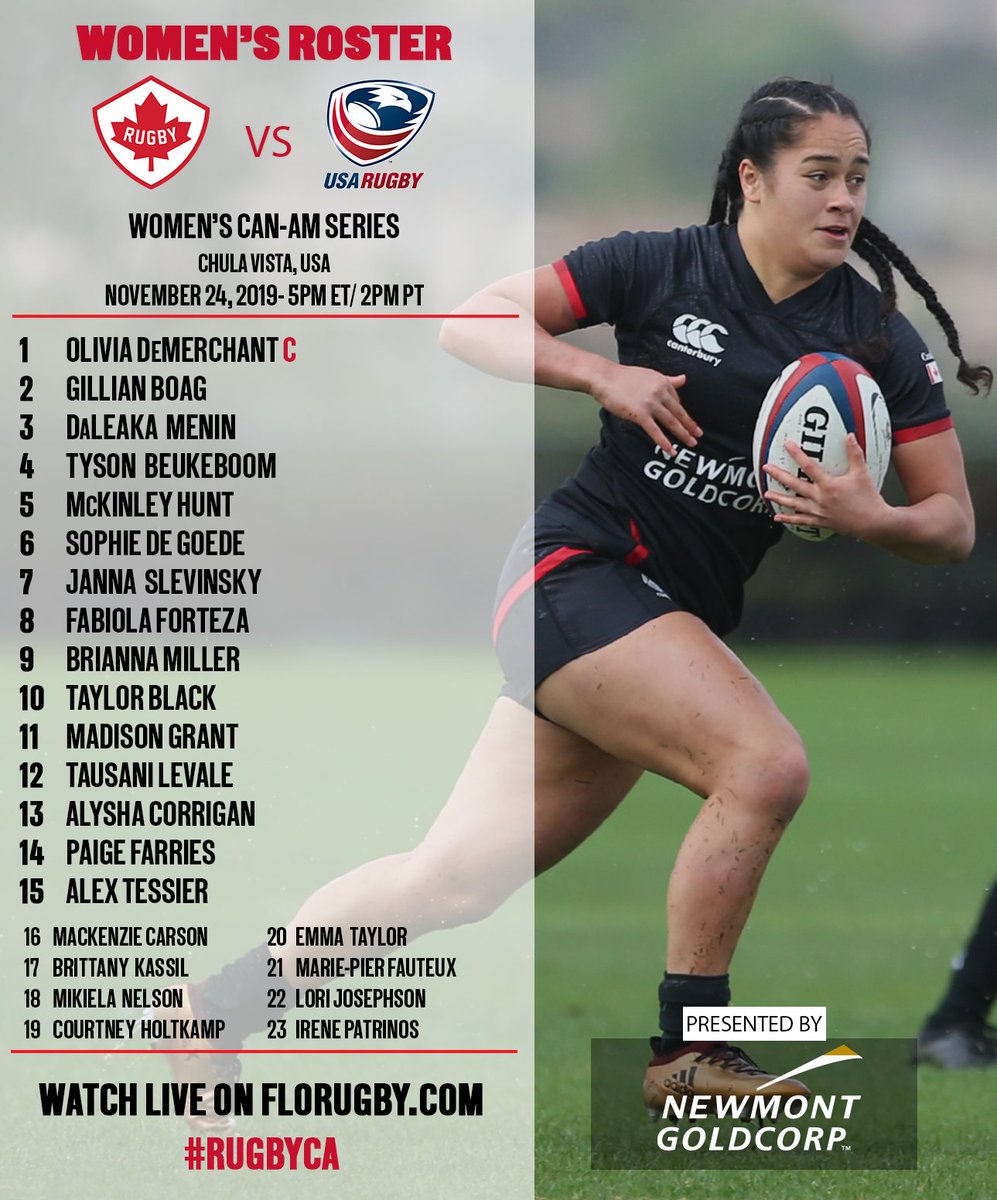 Players selected will gather at Graves Oakley Rugby Complex for the week-long camp that includes evaluations plus weight, skill and training sessions, culminating with a “Red vs Black Match, presented by DHL” at Wanderers Grounds, home to HFX Wanderers of the Canadian Premier League, on Friday August 20th.

“Rugby Canada is excited to welcome the top 50 female Rugby athletes in Canada to Nova Scotia. We would like to recognize the Halifax Wanderers Football Club and Rugby Nova Scotia for their partnership in hosting the team as they return to the Wanderers Grounds. This camp is an important next step as the Women’s 15s team prepares for the Rugby World Cup,” stated Rugby Canada CEO Allen Vansen.

The Wanderers Grounds will be set-up similar to HFX Wanderers home games during Phase 4, allowing up to 4,000 fans to attend the Red vs Black Match, presented by DHL. Space is limited and rugby fans are encouraged to act fast so as not to miss out on supporting Canada’s Women's Rugby Team.

Tickets for the match are available through Ticketmaster, please click HERE. For those unable to attend, the game will be streamed on the Nova Scotia Rugby Facebook page.

Leading into the 2021 Rugby World Cup (playing in 2022 due to the impact of the global COVID-19 pandemic) preparation phase, Canada’s Women’s Rugby Team is currently ranked 3rd in the World Rugby Rankings and have been drawn into Pool B alongside the USA and qualifiers to be determined from Europe and Asia. Pool matches begin in October, with Canada facing the Asia 1 qualifier, Europe 1 qualifier and USA in a three-week span. 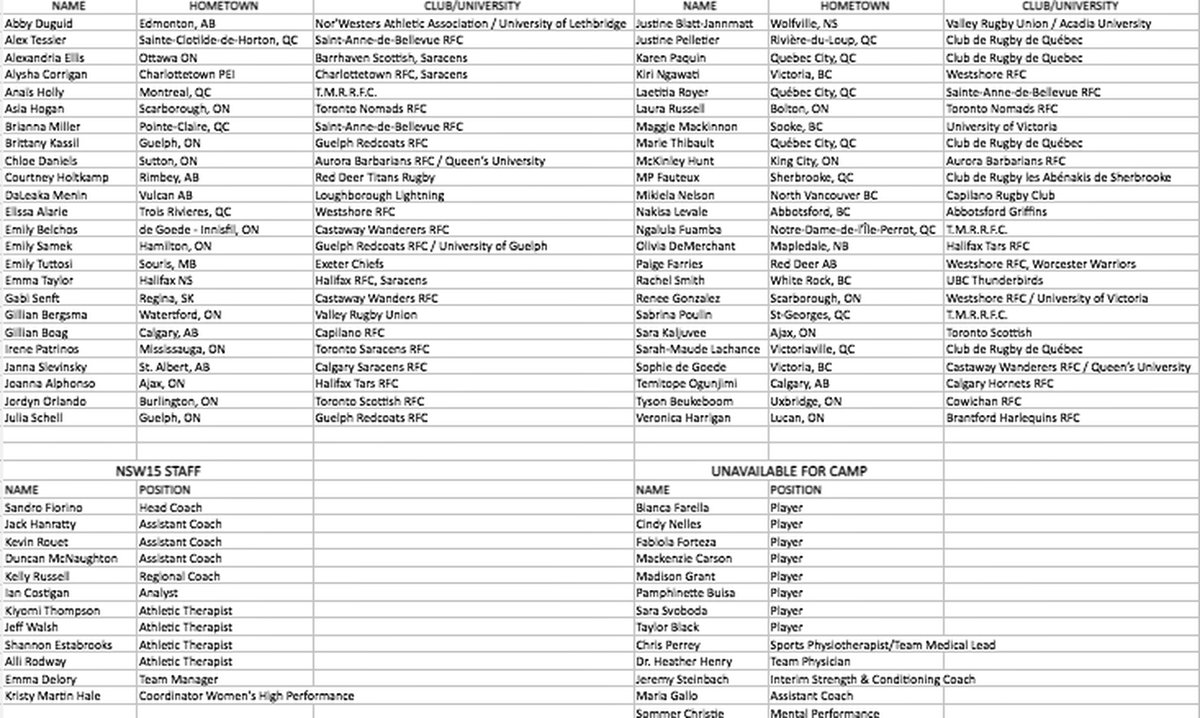