We posted all 37 photos on our backup site nationalrugbynews.com but we've posted a few of the photos below. Also the lineups for the match are listed below.

Overall it was an entertaining game won 6 tries to 3 by Team Black. It was expansive rugby with lots of quick ball, I'm sure the coaches would like to keep the error rate down but the boys are just getting back into full contact rugby so the stats would have looked pretty good considering.

Here are the rosters: 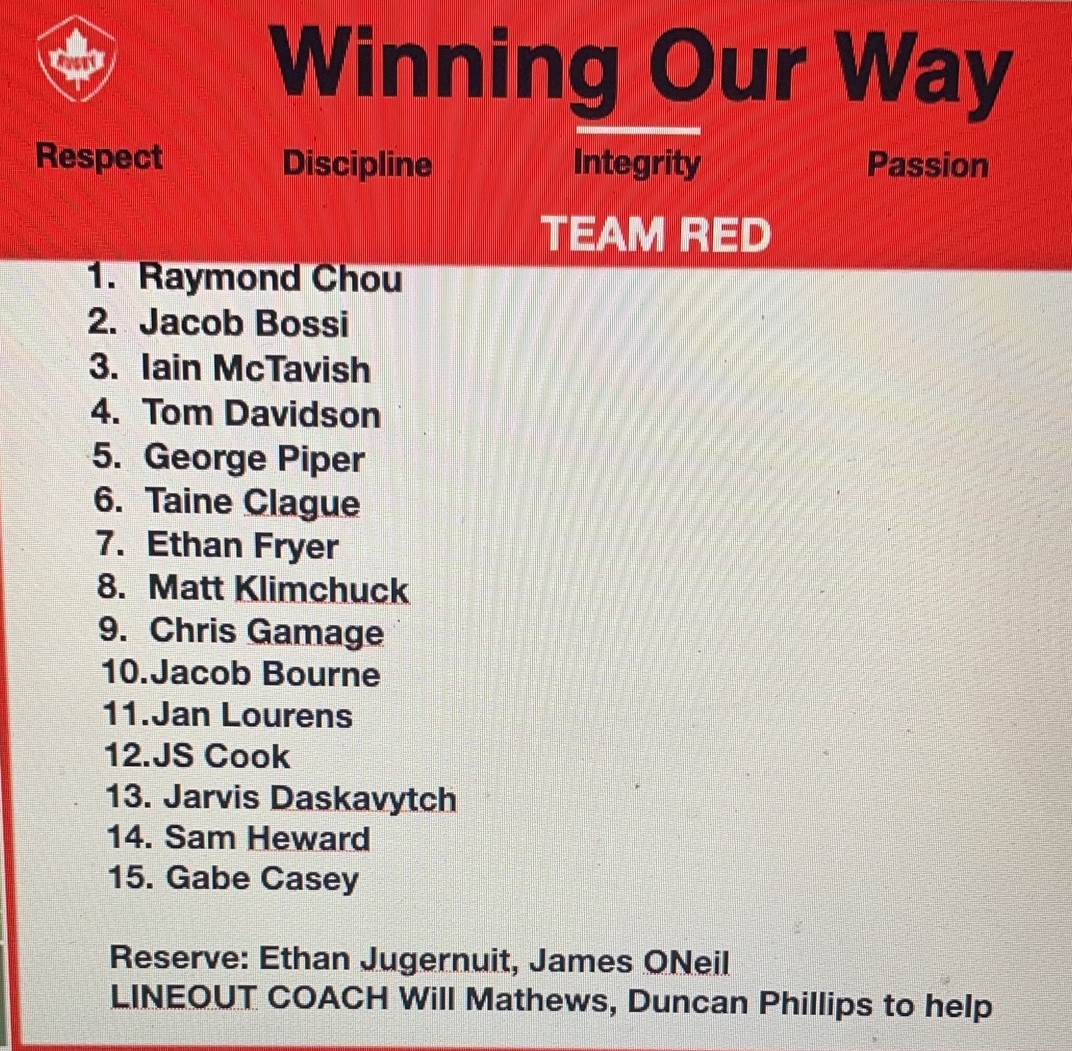 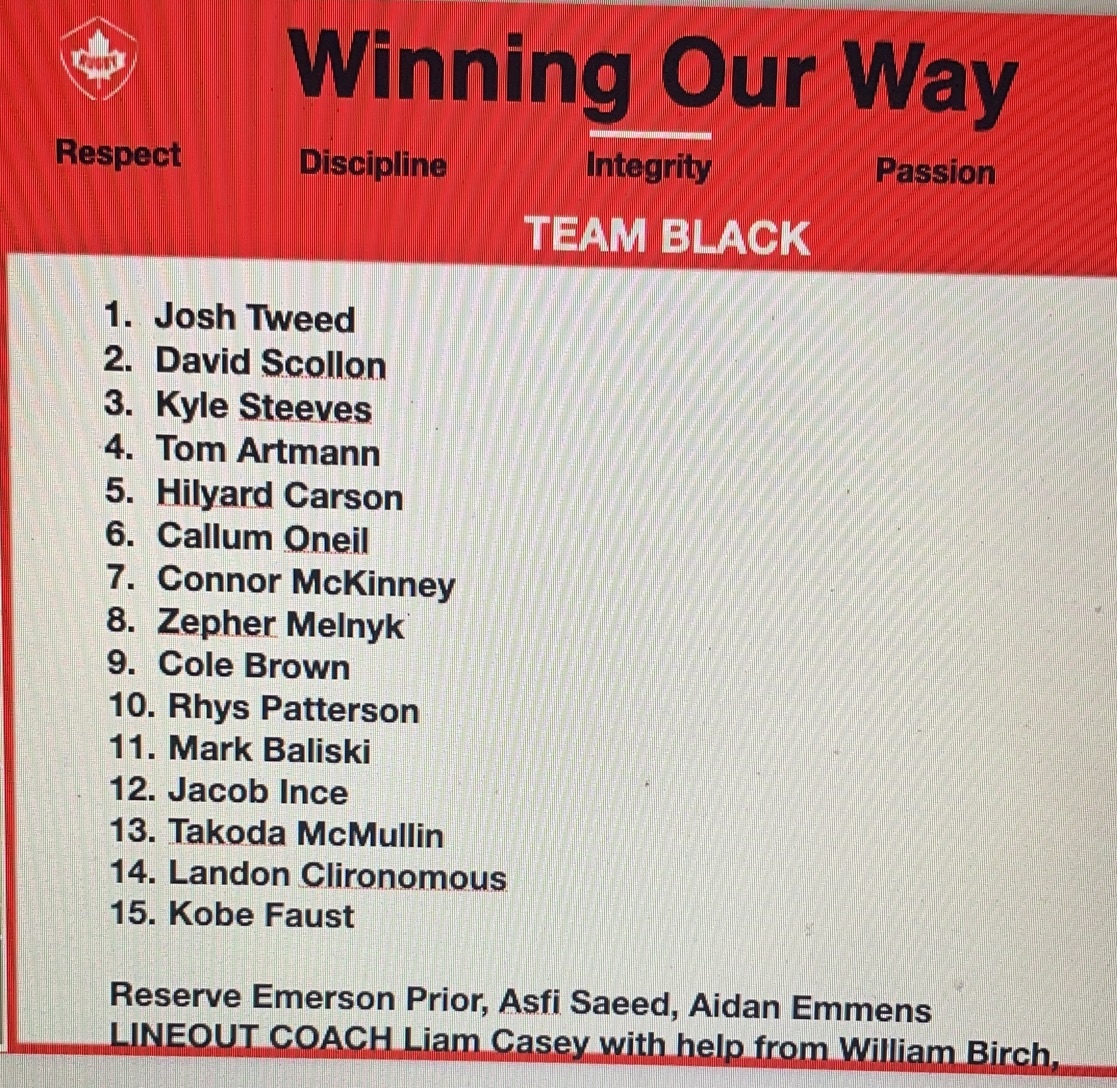 Here are a few of the photos, go to nationalrugbynews.com to see the rest in a larger format.

There are 33 players attending camp at Shawnigan Lake this week. The program is planning on taking a U21 team to the UK in December/January to play a number of Academies and possibly the England U20 team.

There are a number of players missing from camp due to NSMT and overseas commitments.