The Point Grey Thunder are really a UBC Rugby League team and they just won the BC Rugby League championship this weekend. UBC's rugby coach, Curry Hitchborn, has been an advocate of playing as much rugby as you can, even if it's another code. The skills picked up in Rugby League transfer well to Union, and vice-versa.

It's interesting to look at the makeup of the championship team.

There were 6 players from the Canada U20 camp on the team, Takoda McMullin, Jake Bourne, Josh Tweed, Hillyard Carson, Raymond Chou, Iain MacTavish. They had to hoof it back from the Canada U20 inter-squad game at Shawnigan on Friday to make the Saturday championship game at Klahanie the next day.

Frank and Don Carson flew back that night from camp in Newfoundland with the men's national XVs team. We can assume they're not in the match day 23 for Canada next Saturday.

Bryce Worden is the former Burnaby tighthead, current UBC tighthead who was drafted by the Toronto Arrows of the MLR for the 2022 season.

Owain Ruttan, the captain, is a former Canada U20 player and UBC loose forward. Evan Norris is a UBC wing and Connor Byron is a UBC centre. Those are just the UBC names we recognize from playing Premier.

Point Grey Thunder won the title over the Valley Vipers, 38-34.

Well done Point Grey Thunder and UBC on the win. 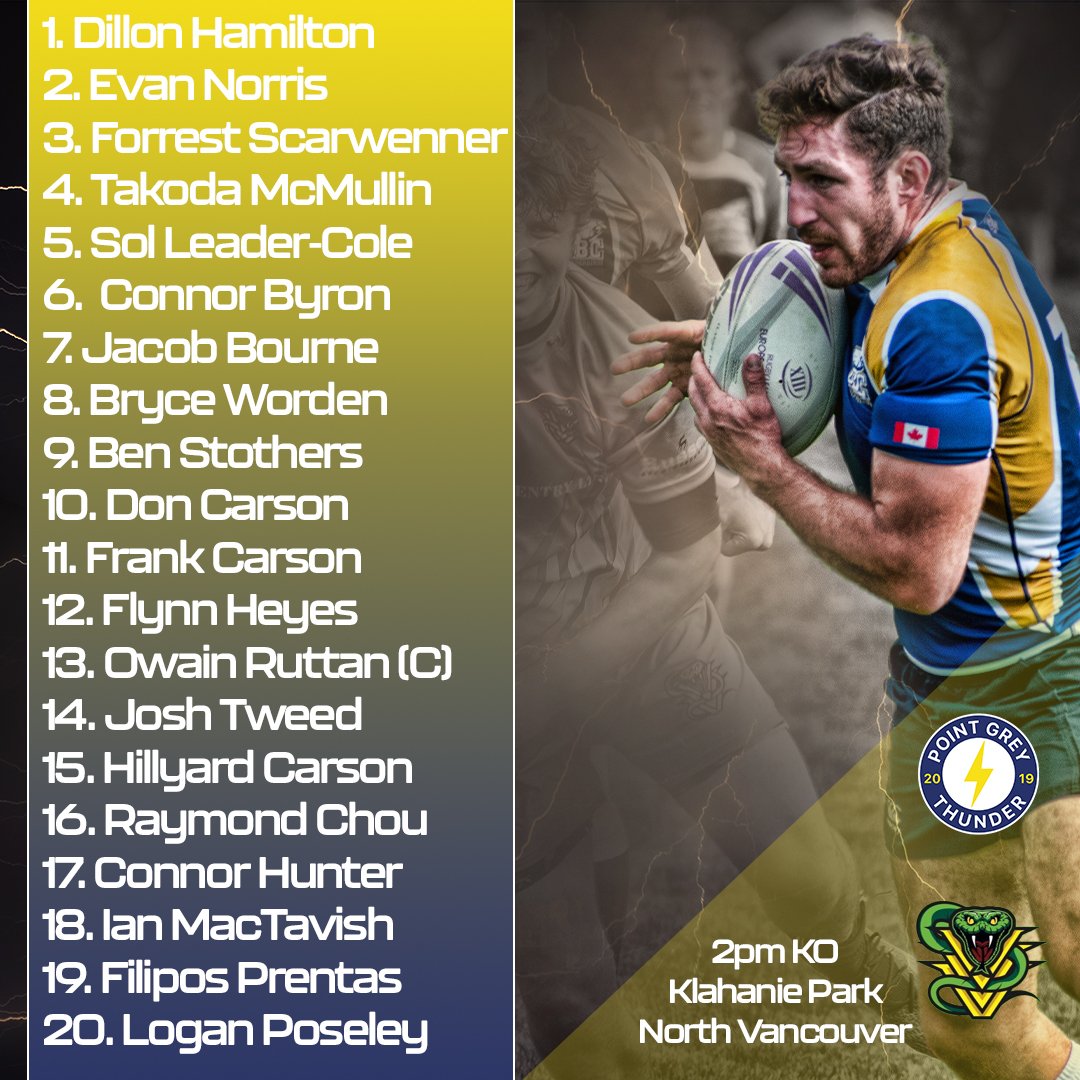