The BLRC entered the game with confidence but never adapted to the conditions and experienced Richmond squad they faced. A few greybeards on the Richmond side much better understood the wet conditions on the day and had a style of play for it. The inexperienced Blue & White side played right into their hands. That’s not to say that Richmond simply slogged out a forward battle, quite the contrary. Their #13 and #15 played highlight reel rugby all game, but with the space created by the Richmond forwards and the crafty Lance Davison at Fyhalf.

There were some flashes of brilliance by the BLRC team. Raphael Espejo at Hooker continues to impress. The Tupper SS grad is a bowling ball going through traffic and a pitbull on defence. He scored a try in the first half. The BLRC have been joined by 39 new players in their Men’s program this year. Many of those, football transplants with no rugby experience at all. One of the former football players, Tom Rafuse, scored his first ever try on the game’s final whistle. Though new to the game, he works hard to learn the laws and should grasp the intricacies of a ruck before he retires.

2 training sessions to try and fix what broke down on Saturday before the 3rds take on the Brit-Lions at John Oliver Park this weekend. 1pm kickoff.

The game can be seen here: https://youtu.be/gRwY3WMCRfE

A disappointing result for the women who were riding a high on the weeks previous win over Bayside. I watched the first half of this game and it was a lot tighter than the final score would suggest. Up the middle, the BLRC can compete with anyone but out wide the defence breaks down a little too quickly. It took a bit for the talented Capilano team to recognize this, but once they did, the track meet in the 2nd half was on. 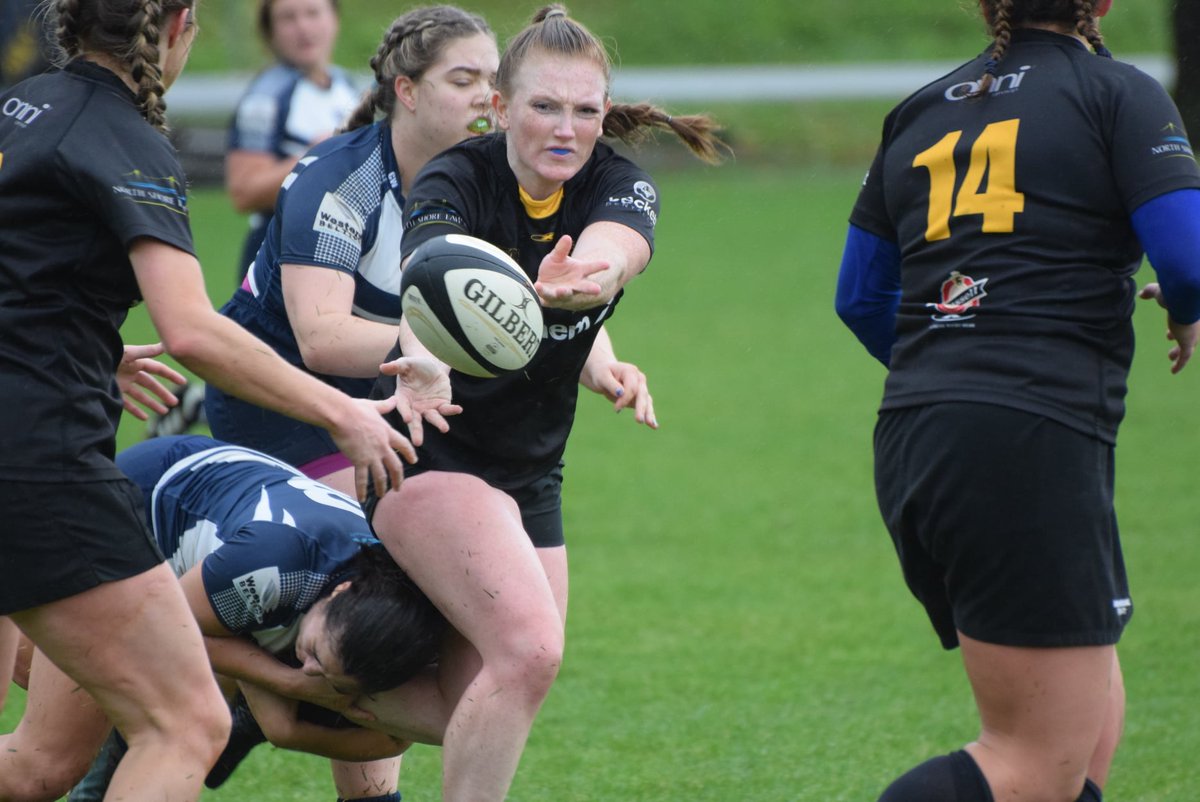 Capilano’s Danielle Fearns gets the pass off (photo pjCarr)

I’m not sure if the outcome was ever going to be in doubt versus the reigning Premier and National champs but I will say that the BLRC starting 15 looked strong against them. The BLRC women are flush with young players who need to play at this level in order to be able to play at this level. If they keep getting the game time it MAY make for a few lopsided 2nd half scorelines against the league’s top teams but will pay off in the long run. The women travel down to South Surrey this weekend to re-match Bayside RFC.

The game can be seen here: https://youtu.be/RCfHyr93sQo

A low scoring game, knotted 0-0 at the half, was, I believe, a great confidence booster for the BLRC 1st Div Men. A consequence of fielding a full BLRC roster in the Van East jerseys was that the BLRC 2nd XV would be taking on the top teams of other clubs every weekend. There was much concern of blowouts and a loss of confidence amongst the players and fans but that hasn’t been the case thus far. Though the final score shows a one-sided game, the scoreboard sat 6-0 with under 7 minutes to play. Capilano would be hampered by the lack of Chris Robinson in the roster as well as Johnny Franklin, Neil Courtney and a few others who played in the Wave jerseys at 2:30 that afternoon but the Capilano team were no slouches on Saturday with Jordan Reid Harvey, Jeremy Simon and of course, the great Glen McKinnon back at 8-man. 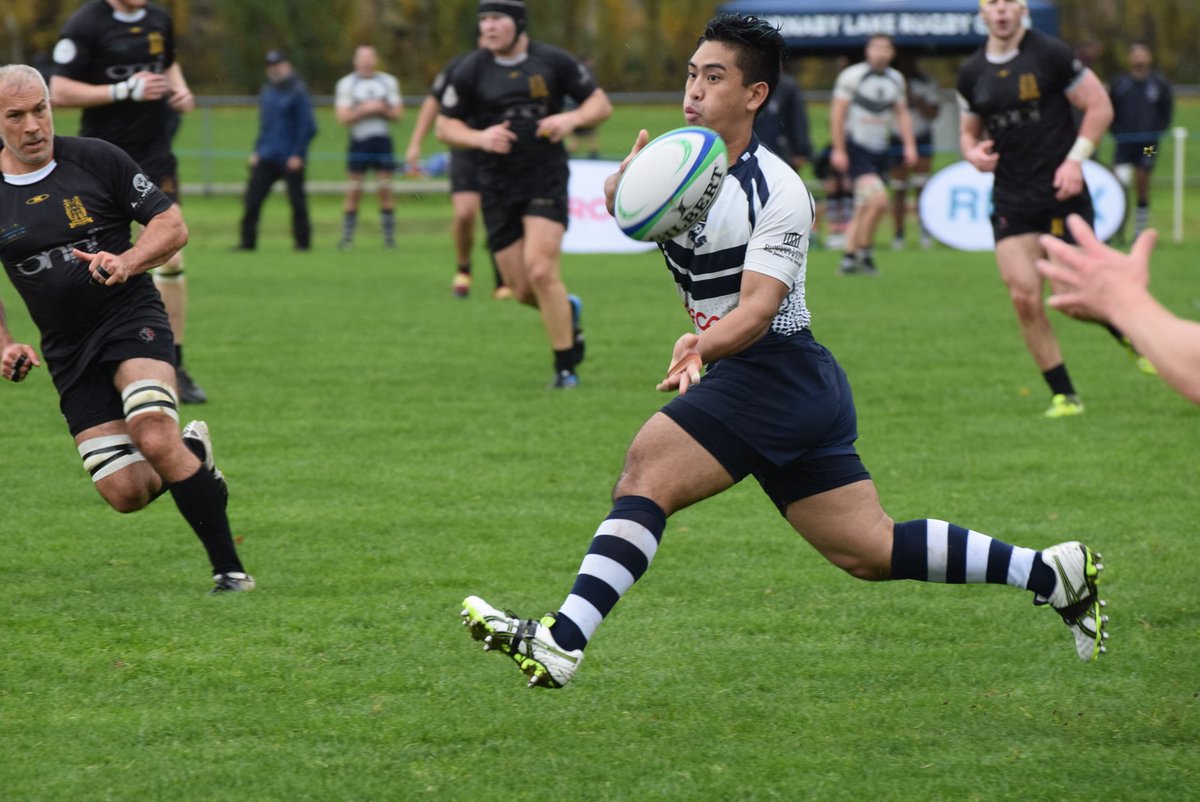 An area where the BLRC surprised many (me) was in the scrums where Liem “Panda” Jung and Cam Young held control over the set piece. Both are crafty veterans in the front row, but each lost a significant amount of weight during the covid break with Jung tipping the scales at under 190 lbs for the first time since high school.

The first half had excitement for the viewer in the way of solid hits and a bit of back-and-forth rugby but no movement of the scoreboard. The Capilano lineout was firing on all cylinders with Jason de Freitas’ throws on point and their centre pairing (Sam Franklin and Eligh Papin) looked dangerous whenever they got the ball, but the BLRC defence held strong. On the BLRC side, flankers (and cousins) Tom Menzies and Doug Breadon led the team defensively while centre Andrew Porter accounted for much of the offence.

Capilano’s Jeremy Simon opened the 2nd half with a 3 pointer early and again about 20 minutes into the new half. The game sat 6-0 until the 73rd minute when, with Capilano inside the BLRC 22m, replacement Flank Ryan Scott took a pass on a hard line through the centres under the posts which put the game out of reach. Scott would add a 2nd try on the game’s final play, picking up a bouncing ball in front of the posts and diving over the white line. Simon added the extras on both to end the game 20-0 in favour of the Capilano 1st Div.

A solid game for all that played or observed. I’m sure the coaches from both teams saw areas that need improving. The teams meet again on Nov 13 at Klahanie Park.

The full game can be seen here: https://youtu.be/pVE_W3eHgMU

Big thanks to the players and supporters of the BLRC, Vancouver Wave, Capilano RFC and Richmond for making another great day at the club and to Dave, Shanda & Brad from the BCRRS who made the day possible. Also congrats to the players deemed by the coaching staff as our BLRC Top XV for the week of Oct 23rd. 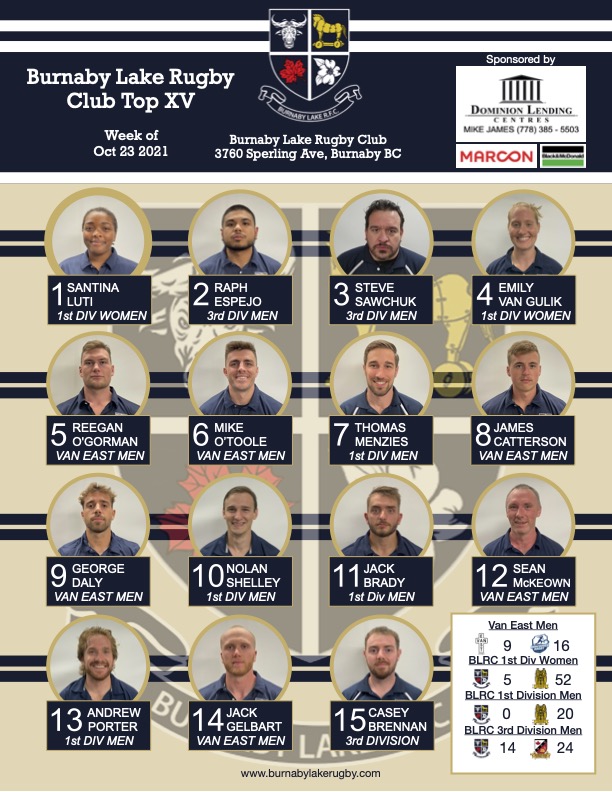