The news keeps getting better for Canada's women's team at Malaga, first NZ were replaced by Poland in their pool, then Fiji dropped out and weren't replaced so it's an automatic 3 points for the bye. It now comes down to Canada v USA for top of Pool B and 2nd place. The men haven't been as fortunate as none of the changes affect Pool D. Jamaica replacing Samoa go into Pool C and Fiji were in Pool A. 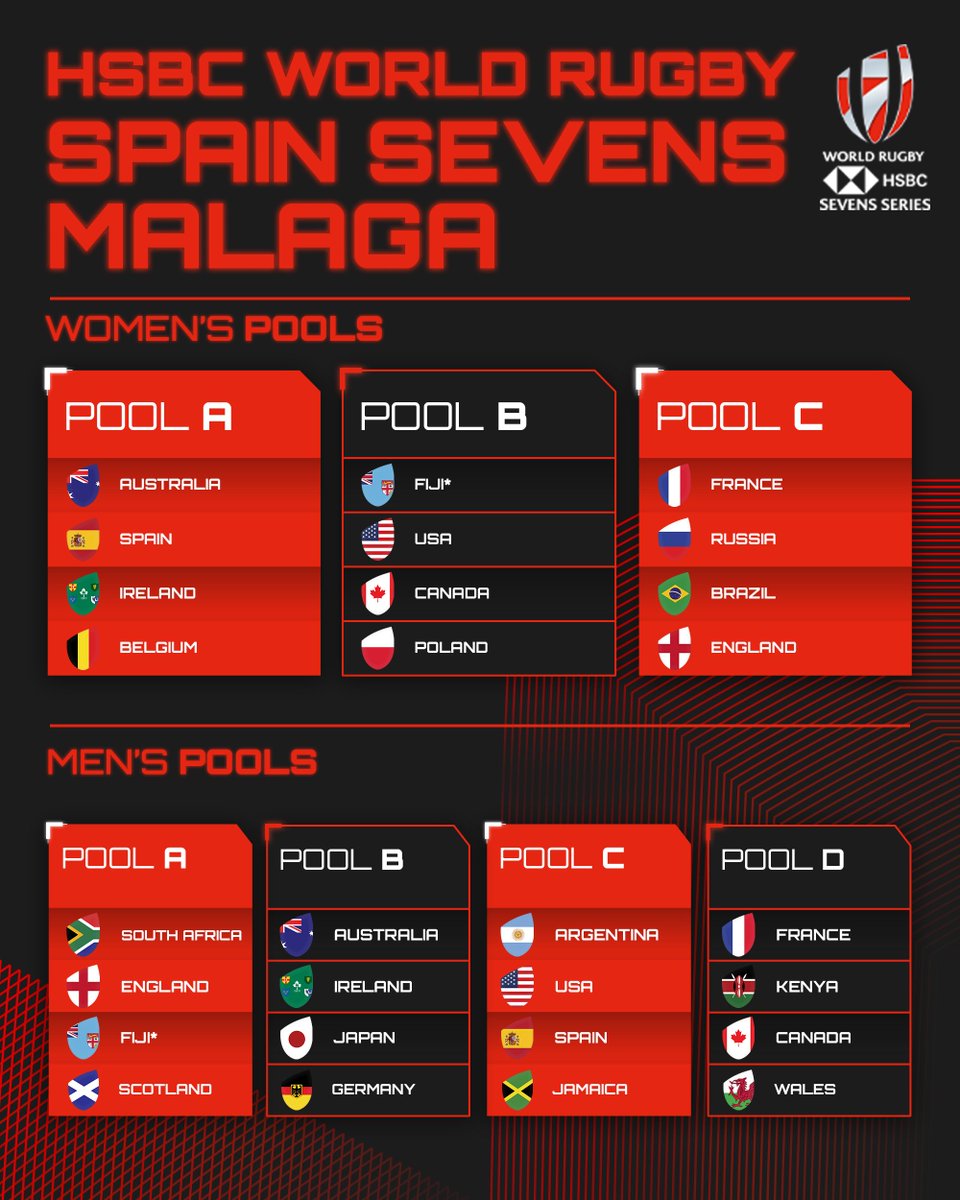 A reader sent in this article from the InQuinte News.

A former OUA All-Star at Queen’s University and senior men’s MVP with the Belleville Bulldogs, Mullins, 27, made his national team debut in 2015 at the Pan American Games in Toronto where the host Canadians captured the gold medal.

In 2019, Mullins played more games (53) than any other Canadian in the World Sevens Series, scoring a career-high 15 tries. He capped off his seven-year stint with the national team at the Olympic Games last summer in Tokyo, appearing in six matches.

Mullins was introduced to rugby as a 14-year-old through the Bulldogs minis program. He is currently completing a business degree at Thompson River University in B.C.

No official word on the February tournament yet but we've heard from two reliable sources that it is being postponed or cancelled. Neither Canada Sevens or World Rugby have confirmed yet.

We've received copies from 3 different sources so the document is definitely making the rounds. I'm sure more will come out in the upcoming months but perhaps one key question it addressed was around the timing of the complaint, the "Why Now". The investigator had this to say:

"What brought these complaints about? What were the drivers to create these feelings that a toxic environment existed? All Complainants interviewed were asked the question, ‘Why now? Why all these complaints now?’ Their answers varied but certain themes arose, namely, COVID and the new protocols that had to be worked around, time off in 2020 from training, frustration at the postponement of the Olympics and the cancellation of tournaments... It seems that John Tait became the lightning rod for all of the frustrations that had built up amongst some of the players."