In honour of National Indigenous Peoples Day we take a look at the Thunder Rugby program which was formed to introduce rugby to Indigenous youth. The program is led by some notable First Nations players and administrators, John Lyall, Phil Mack and Bobby Ross.

Their plans for a NZ tour to coincide with the women's World Cup in NZ was scuppered by the uncertainty of COVID during the planning stages. This year they will embark on a tour to California and keep the NZ tour on the horizon for another year. The California tour will take a U19 Boys team, two U18 Boys teams, and a U18 Girls team. After participating in the LA 7s Invitational the teams will be in the stands to support Canada at the final World Rugby Series event in LA.

The build up to the tour will be a camp at Shawnigan Lake School August 17-19, entry in the Westshore 7s August 20th, and then on the road from August 21-31.

The team will be running a 50/50 fundraiser to help with the costs, contact John Lyall at jlyall@thunderrugby.ca for more info or to support the tour and program.

Here is the update they posted today on social media, click on an image for a larger version. 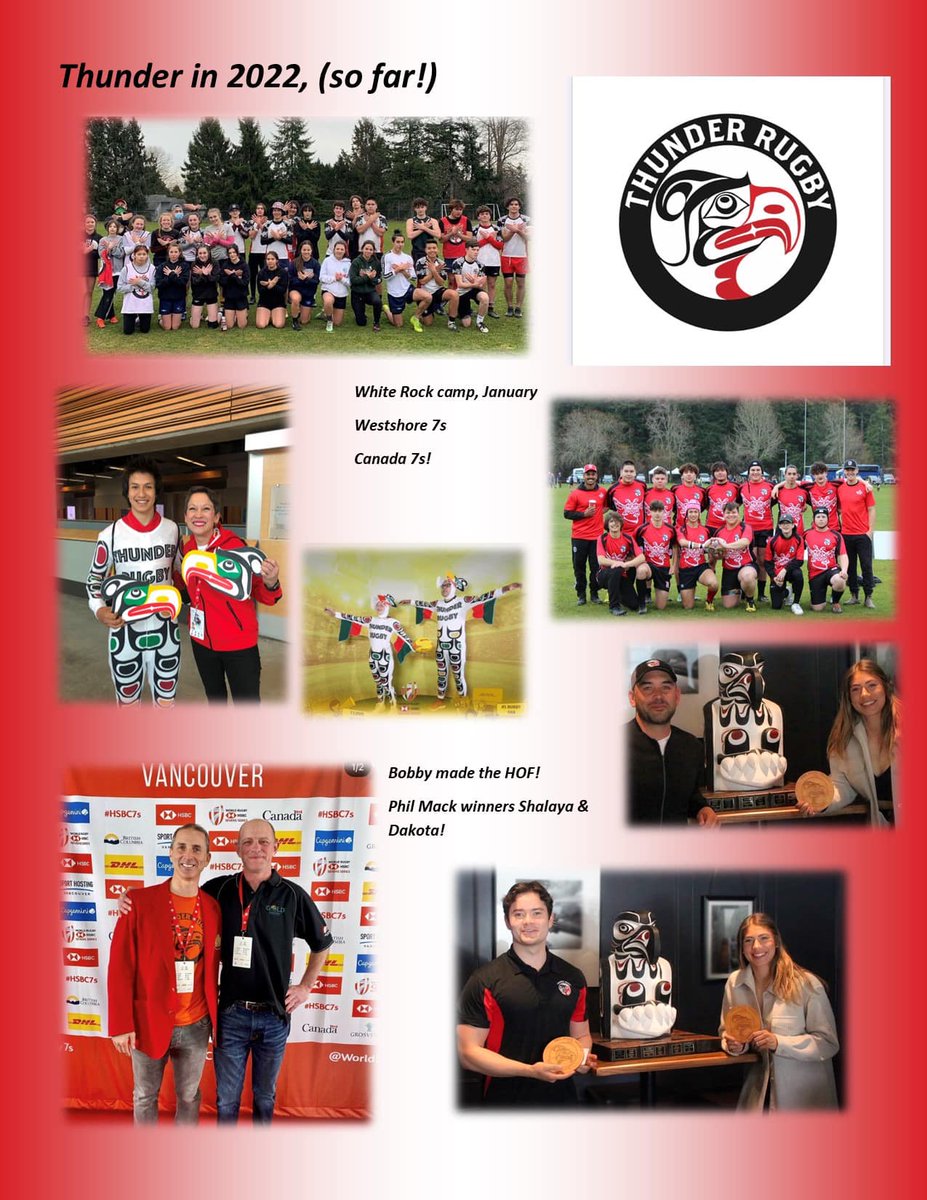 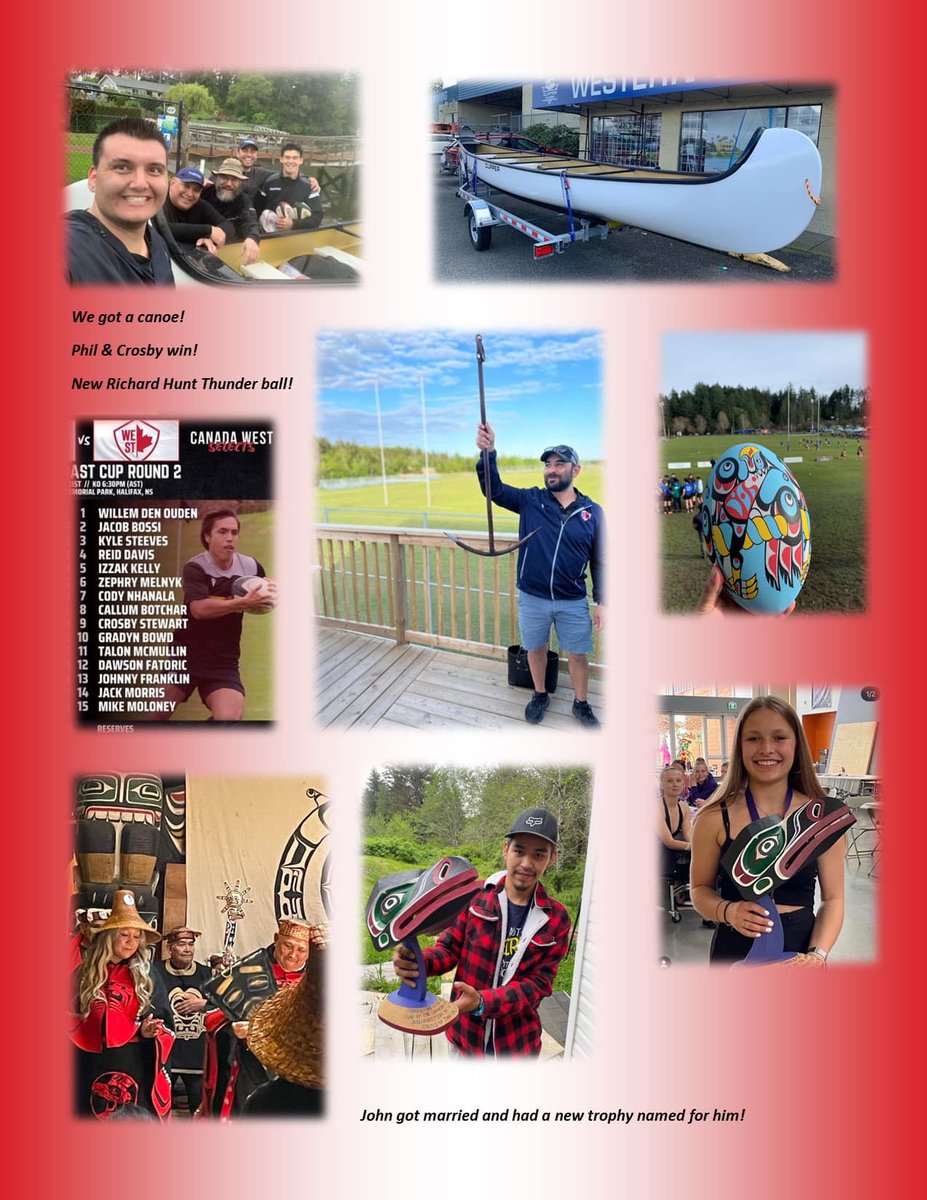 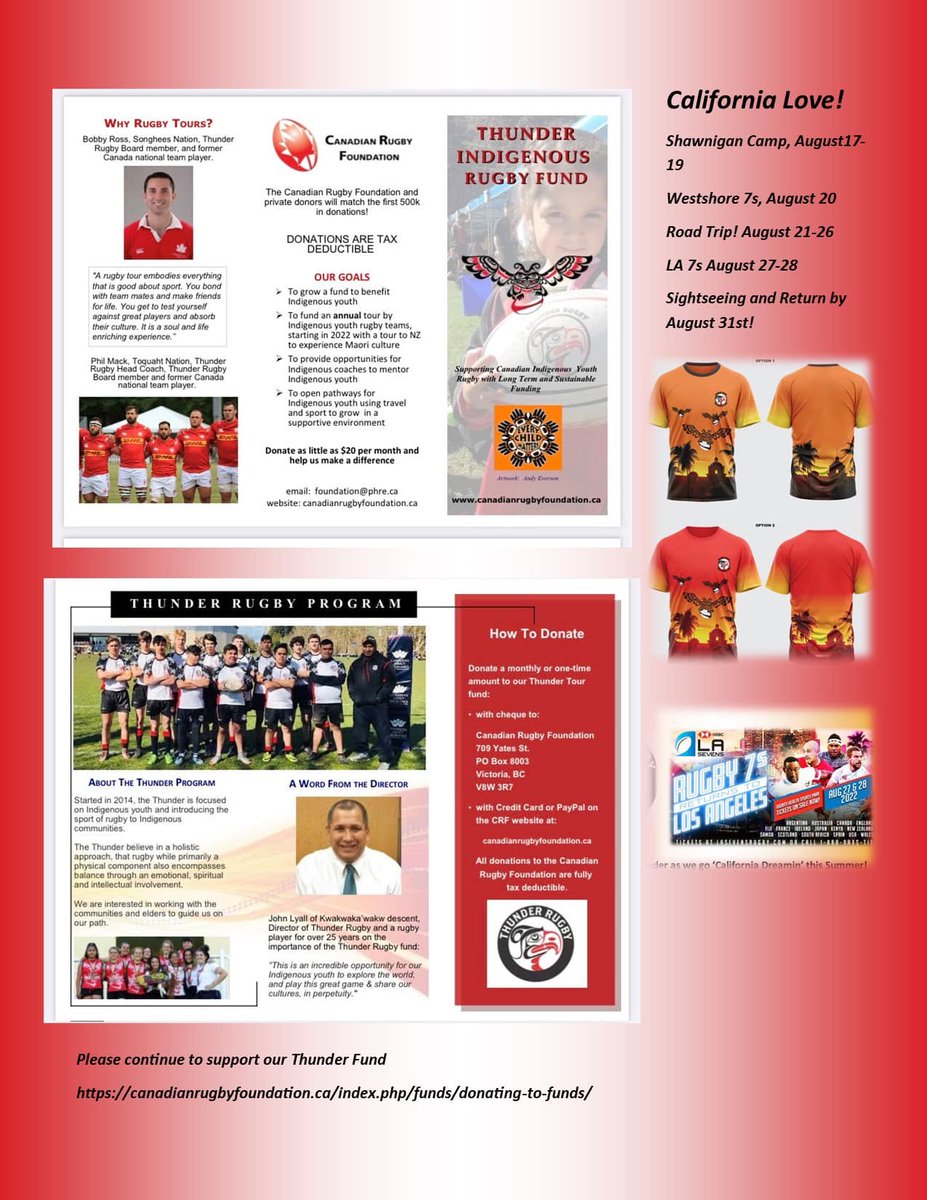