Trailing 12-0, Willemse got TWU on the board with seven minutes to play in the first half. With just under five minutes to go in the second half, Gerth made a line break from 20 metres out to dot down for TWU, before Willemse connected on the conversion.

The Spartans trailed 19-3 at the break. Gerth's try made it 38-10 before a late Gaels try capped the scoring.

Both Scott Bowers (New Westminster, B.C.) and Sam Wegert (Langley) played in their final games with TWU, as they are now both set to join the Pacific Pride – Canada's national high-performance men's program based in Langford, B.C.

QUOTABLE
Andrew Evans – Director of Rugby
"There's a good sense of disappointment in this group but at the same time, we dealt with more adversity and certain guys stepped up. Our set piece was a little shaky and we weren't accurate in our passing, but we've had a lot of curve balls thrown at us over the last few games, so these games have given us an opportunity to mature and deal with those challenges.

"Our front row was stuck in all day long. Ethan Jurgeneit (Bracebridge, Ont.) had his flight cancelled out of Ontario so he wasn't here and Favour Olaniyan (Gibsons, B.C.) went down with an injury in the first seven minutes, but Tim Zimmer stepped up and scrummaged quite well and Scott Bowers (New Westminster, B.C.), was really good, especially when he switched to loosehead for us. The young guys coming on played well. Max Darcy (Calgary) did some good things and he secured a ball that eventually led to Caleb's try.

"We will certainly miss Scott and Sam moving forward, as they have been outstanding players and men for our program, but we're excited to see them in the next stage of their careers. Now, we need to have the young players step up to the standard that we expect within our program. We need to make sure that even when there is adversity and challenges, we can still get the wins against good rugby teams."

NOTABLE
• In 2020, the Spartans played Saint Mary's in California and lost 96-0.
• TWU's last action saw the Spartans finish 4th overall at the Canadian University Men's Rugby Championship, which saw them post a 1-2 record including an historic quarter-final win over No. 1-seeded University of Victoria.

UP NEXT
TWU's next university opponent is No. 9-ranked Central Washington University. The Spartans will host the Wildcats Jan. 28 at 6 p.m. at Willoughby Community Park.

TWU Spartans kick off their 2023 season with a trip south of the border to take on one of the top College programs in the USA, Saint Mary's College. The California based Saint Mary's College have won the national USA College title 3 times in the last 7 years and have been in the final 5 times in the last 7 years. They will be strong contenders again in 2023. UBC are visiting next weekend for a battle of the top programs in each country, an unofficial North American championship.

Saint Mary's are undertaking an ambitious tour after the UBC game and before their regular season starts in February. They'll be travelling to the UK and Ireland to take on Cambridge, Oxford and Trinity College over 8 days.

The game this Saturday against TWU kicks off at 1pm and is streamed live at https://www.youtube.com/watch?v=gbzMXs2dsfs

The lineup for TWU is below. 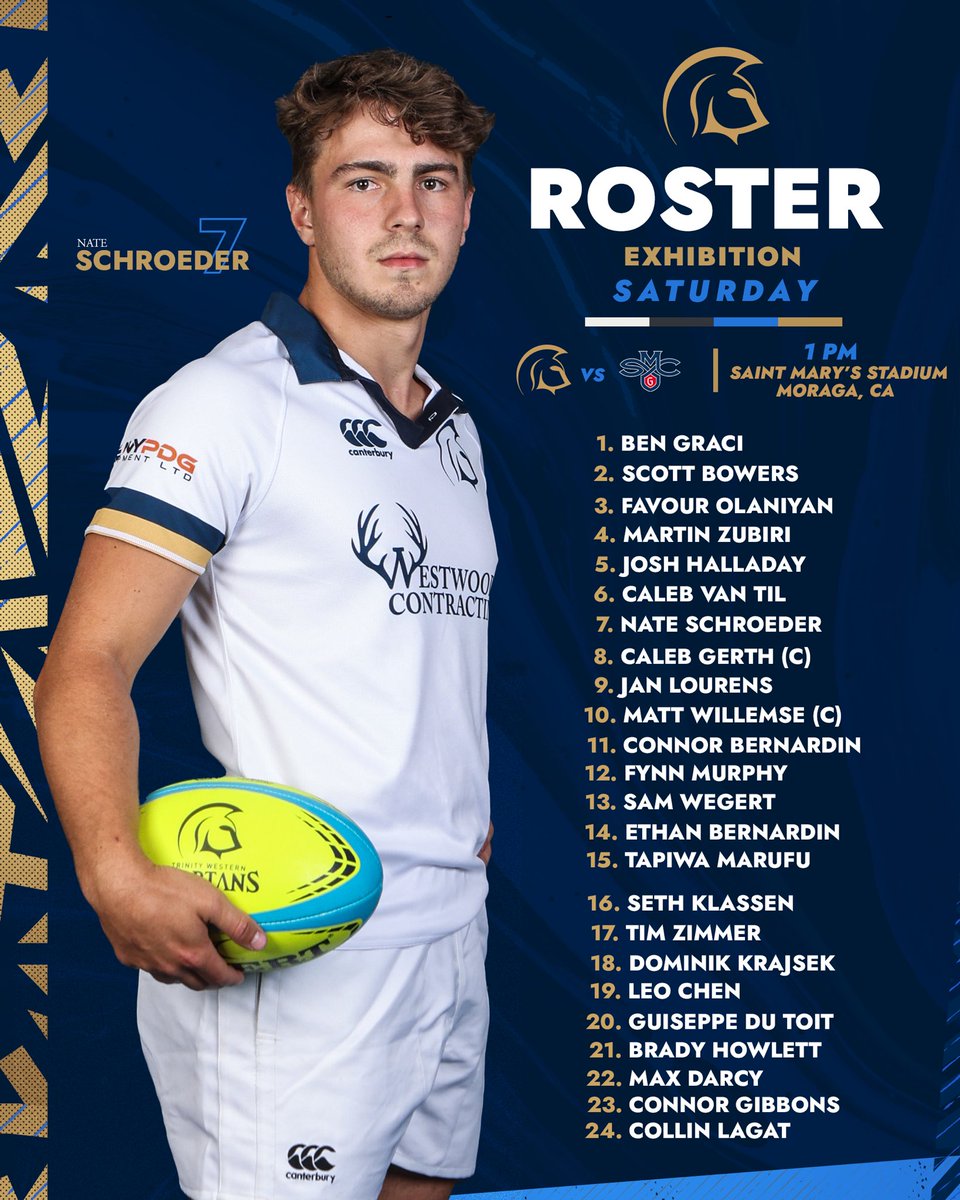